Human: Fall Flat is an odd and surreal, yet quirky, physics-based puzzle and exploration game set in what seems to be dreamscape, floating islands. The premise is simple – maneuver Bob, the protagonist, on his merry way to the exit. Sounds easy – and it is… at first. Read our Human: Fall Flat review to see why!

The controls are very easy to pick up, but at times you’ll find yourself getting incredibly frustrated at Bob’s inability to do what you’re trying to achieve. Think of Bob as almost like a toddler – a squishy, clumsy toddler. He’ll happily run around and play with things, but trying to get him to do exactly what you want can be problematic at times – especially climbing. Your hands are controlled with the L2 button for your left hand and the R2 button for your right. To climb, you have to hold the triggers down and get Bob to lay his hands on top of the surface that you’re aiming to ascend. Whilst running around levels, this is easy enough, but later on, you’re expected to make running jumps and jump from obstacles to walls or other floors with this very mechanic, and it can certainly lead to a huge exercise in frustration. 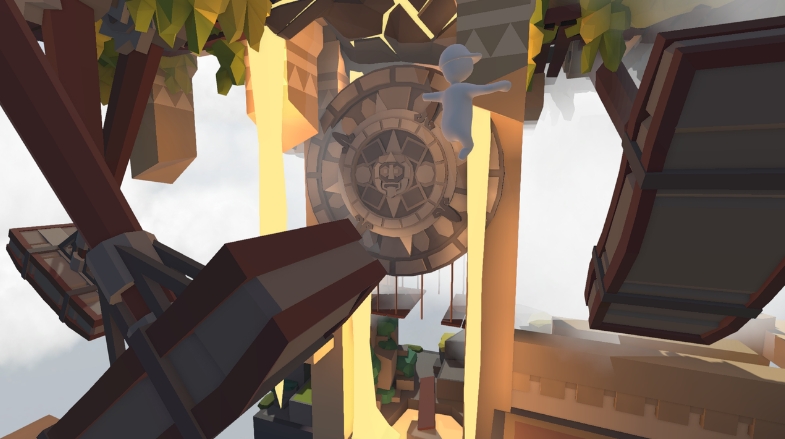 Along the way, Bob will encounter various elements in the game to help him achieve his goal: to get to the exit. There are trains and carriages, wrecking balls and more, not to mention a plethora of puzzles to solve. Sometimes, however, the solution is just not easy to see. One level needed a wall to be demolished but didn’t in any way allude to this. Usually, a remote control falls from the sky to give the player an idea of what needs to be done… but not this time! It was simply by chance that I hit the thing with a piece from another wall, which allowed me to notice it was damaged. 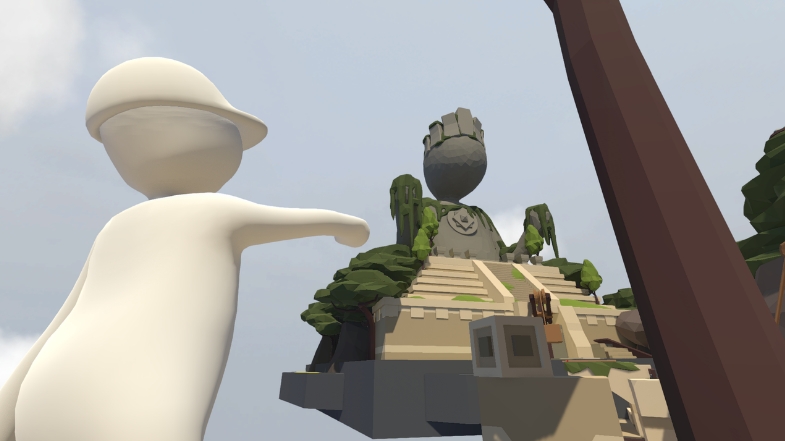 The visuals are very simple, stylized and are relatively pleasing. You can customize Bob, if you want to, with various outfits, and the environments are full of neutral shades and plain geometric shapes with the odd splash of bright color here and there to spice things up. The game has a cheeky and inoffensive sense of humor with a cute main character, which works in favor of this release. 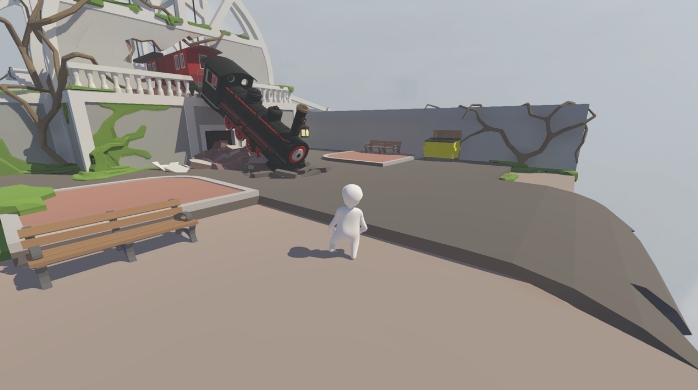 Scattered around the levels you’ll face some nice and interesting puzzles, but the frustration level here is the main problem. Bob flips and flops around so much, that sometimes you’ll just want to throw yourself off of a ledge to reset your position rather than traverse the level again. But I guess the irksome controls are what makes Human: Fall Flat the game it is. With refined and sharp controls, it’d simply be too easy and present no real challenge to the player. 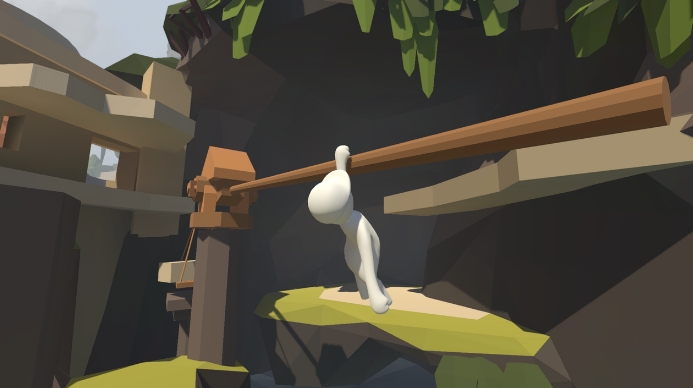 Bob’s adventure is an interesting one, full of genuinely clever moments, often funny and with some cool tracks interspersed into the otherwise silent world. But these can’t save the game from some absolute, teeth gnashing difficult moments.

Disclaimer
This Human: Fall Flat review is based on a PS4 copy provided by Curve Digital.

Observer Coming To PS4 This Summer

The Surge Out Today On PS4