Let’s talk about the game’s controls before we dive into the game. You’ll spend most of your time using them during the proper adventure game sections of the game. You can move the cursor with the left, or you can snap to a hotspot with the right analog stick. The Triangle button opens your inventory, while the L1 and R1 buttons are used for cycling through it. The Square button is for examining inventory items, and the Circle button is for cancelling or for skipping. Finally, the X button us used for everything else – walking to a spot, opening talks, confirming actions or skipping dialogue. A very important buttons is the whole touchpad on the DualShock 4 since it allows you to switch between the new graphics and the old-school original look for the game. 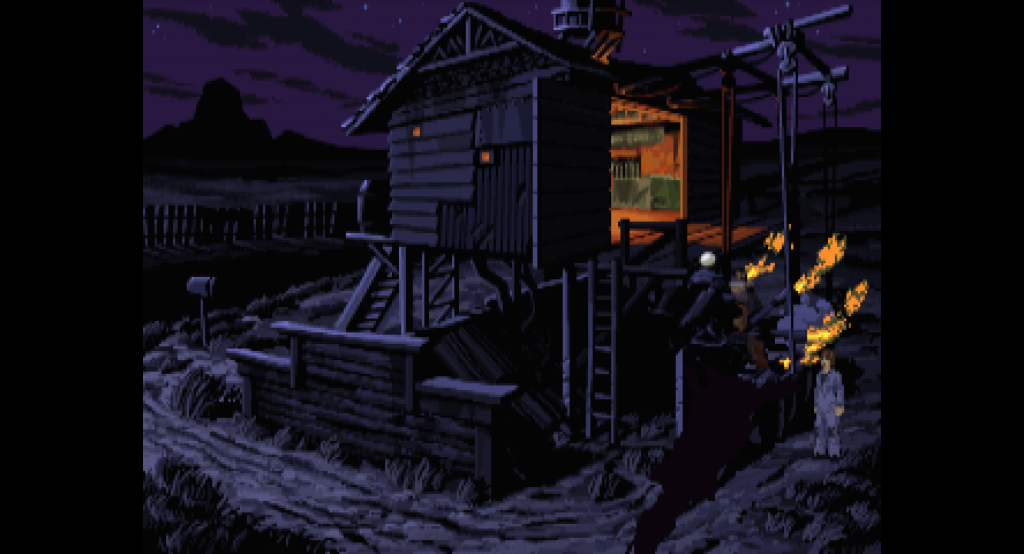 Since the X button is an all-purpose button, you’ll to pay attention to the interaction menu to pick the right action. Once the interaction menu is open, you’ll use the left analog stick to select between looking (the eyes), talking (the mouth), picking something up or punching someone (the hand) or kicking (the boot).

If you ever find yourself on a bike or a car, you’ll be able to steer with the left analog stick. The right analog stick will allow you to go in reverse (while in a car) or to change your equipment (while on a bike). When in a car, the X button is for accelerating, but on a bike it allows you to attack. 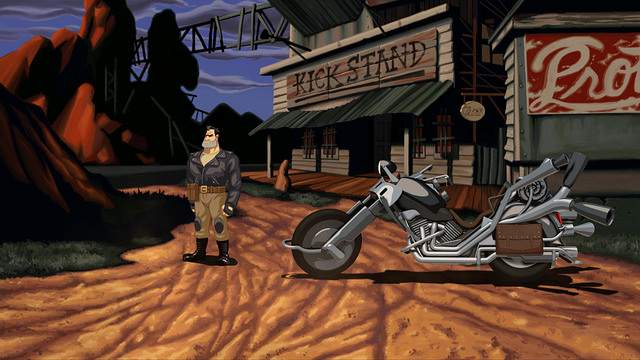 And now, time to dive into the game’s story for a bit. You play as Ben, the leader of the Polecats. As you ride on the road and go over a fancy limo, you manage to impress a very important passenger: Malcolm Corley, founder and CEO of Corley Motors – the last motorcycle manufacturer in the country. Mr. Corley is on his way to a shareholders meeting and wants to hire the Polecats to escort him there, but Ben ain’t having none of that. After Mr. Corley’s right hand Ripburger takes Ben outside to have a little chat, he has one of his men hit Ben in the head so that he can lie to the Polecats and take them along for the ride. After this, Ripburger frames the Polecats for the murder of Mr. Corley, so it’s up to ben to find out what really went down.

You can select to play the game with as is or with a very interesting and amusing audio commentary track. If you’d like to learn more about the game and what went into creating this masterpiece, then be sure to check this out! If you’re a fan of the original, the audio commentary track is worth the price of admission on its own. There are also 147 pieces of concept art to unlock in the game, so that should keep you busy! The same goes for the Jukebox section where you can listen to the unlocked background music and the commentary. 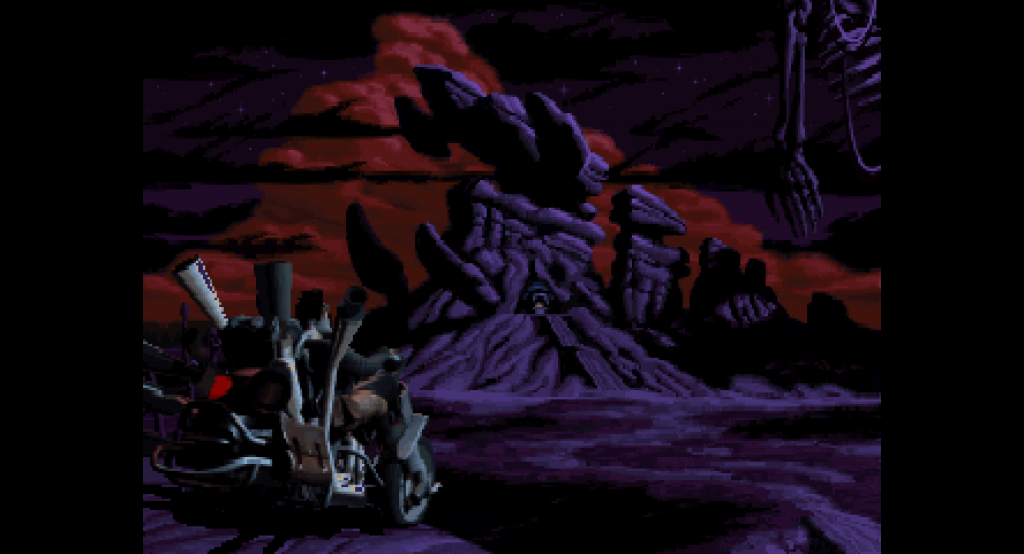 As was the case for Grim Fandango Remastered and Day of the Tentacle Remastered, Full Throttle Remastered has a full trophy list for you to aim for. The list has 40 trophies in total: the coveted Platinum, 2 Gold, 15 Silver and 22 Bronze trophies. Out of that list, 16 trophies are missable, but since the game can be completed in 3-4 hours at most, a second run won’t take long since you can skip cutscenes if needed – except for the trophies that unlock during a cutscene as skipping the cutscene pretty much voids the trophy!

Full Throttle Remastered is a must-have on PlayStation 4. As a huge fan of point and click adventure games, and after enjoying Grim Fandango Remastered and Day of the Tentacle Remastered, I had been looking forward to playing this one on Sony’s home console. The game still holds up nicely even after all these years, so kudos to Tim Schafer and the team for doing things right the first time. The audio has been reworked considerably and this, along with the revamped graphics and the 16:9 presentation gives us the best and definitive version of the game. If you’re a fan of adventure games, you have to give this one a go. And if you’re a fan of the original release, then you’re definitely going to love this new take. 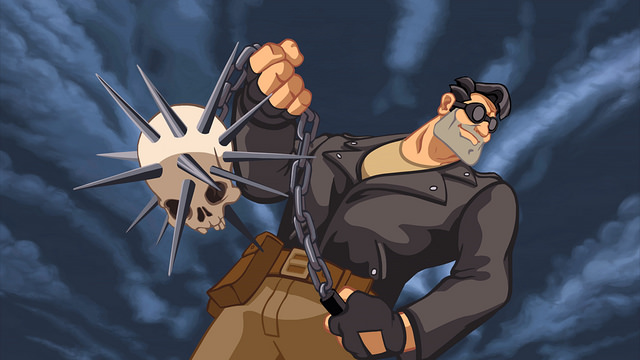 Disclaimer
This Full Throttle Review is based on a PS4 copy provided by Double Fine.