Everything from David OReilly and Double Fine Presents is a very interesting game where you can literally be everything. The game is inspired by the philosophy of Alan Watts, and it features a great score from Ben Lukas Boysen that complements the gameplay. Are you ready to dive into everything at once? Then come read our Everything review!


I began my existence as a Muskox, and I rolled around the area searching for new thoughts, new animals, new plants, new things, new everything. Things start out small but can get as big as you can imagine. Inside and outside, together and apart, everything can lead you to becoming the smallest thing and the largest things ever. Who doesn’t want to be a tiny bird flying around or a mighty galaxy overseeing everything? 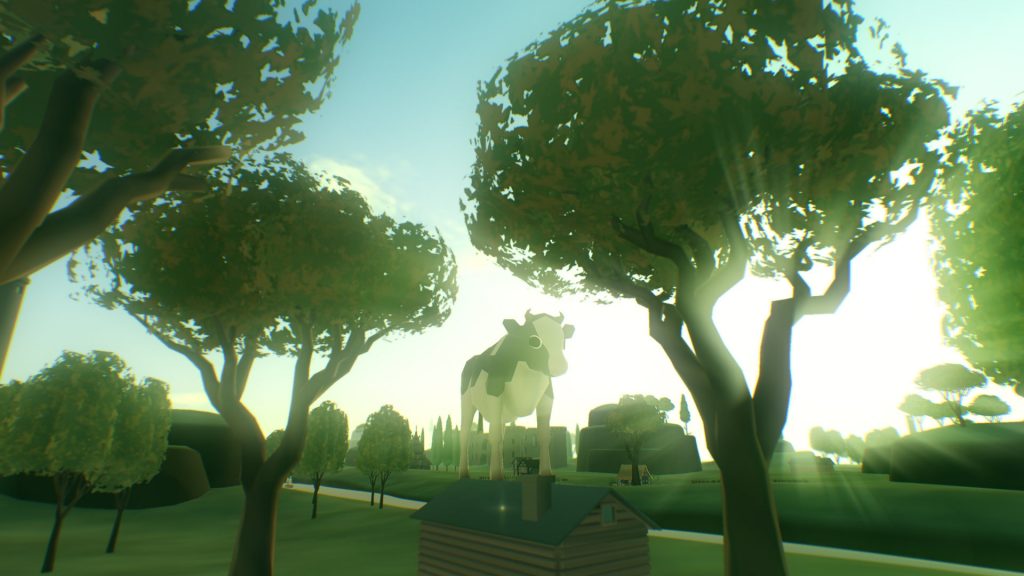 The first moments of the game will serve as a tutorial of sorts, teaching you about animals, plants, objects, thoughts and more. Did you know singing is the key to everything? Because it is! You can sing by pressing down on the right analog stick (also known as the R3 button), and this will open the door to many things. As you sing you will be able to have, other entities of the same type join you, forming large groups that travel as one. You also need to sing to be able to ascend onto larger entities or descend into smaller ones, so keep that sing button handy!

Remember how I mentioned that the game was inspired by the philosophy of Alan Watts? Well, David OReilly decided to take things one step further by also having the late Alan Watts “narrate” the game. Once found, you can trigger clips that will play as Watts’ words set the stage for the game’s overall nature and feel, enhancing players experience as thoughts are put into words that accentuate the bizarre experience at hand. 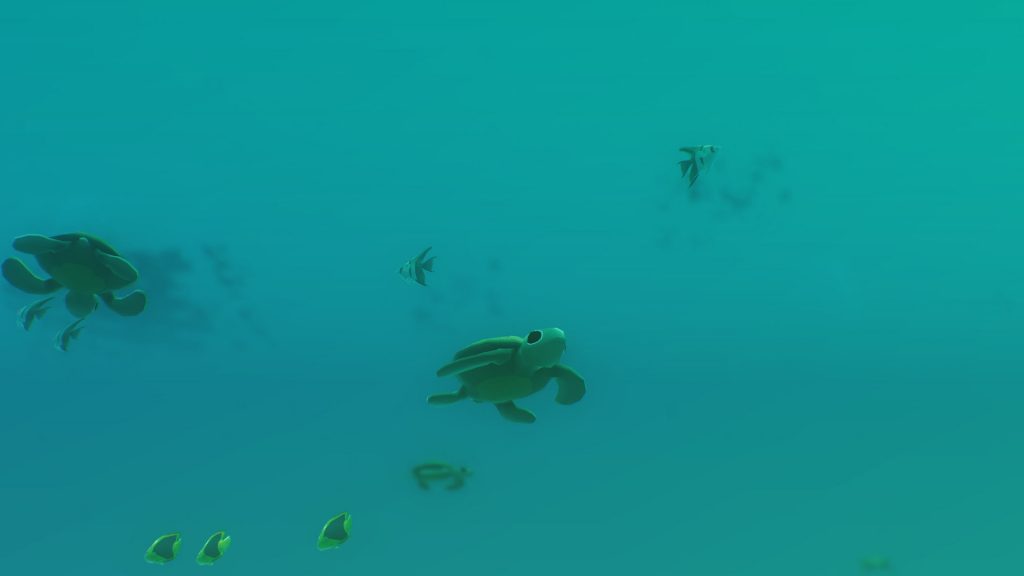 Speaking of bizarre, have I mentioned that the game could play itself? If you don’t move for a bit, the game will take over and start to do things on its own. If you want to have some control while not having any control at all, you can set some parameters for what the AI can and can’t do while it is in charge. You might want to make sure the AI continues to descend as much as possible into smaller and smaller entities, or you might want it to go the other way around. You might also want it to collect thoughts, or you might rather have it wander around keeping to itself as you watch the experience unfold. 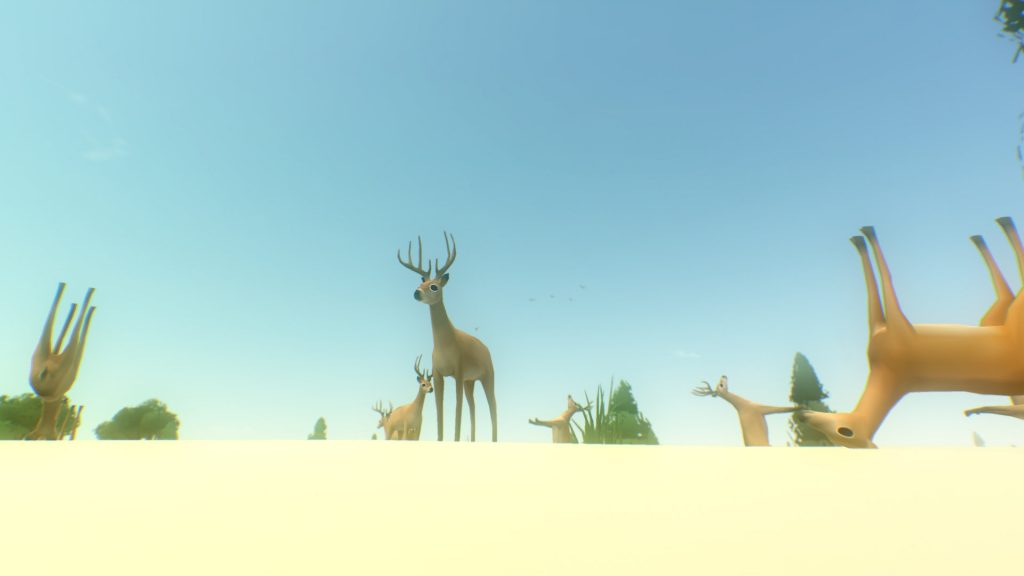 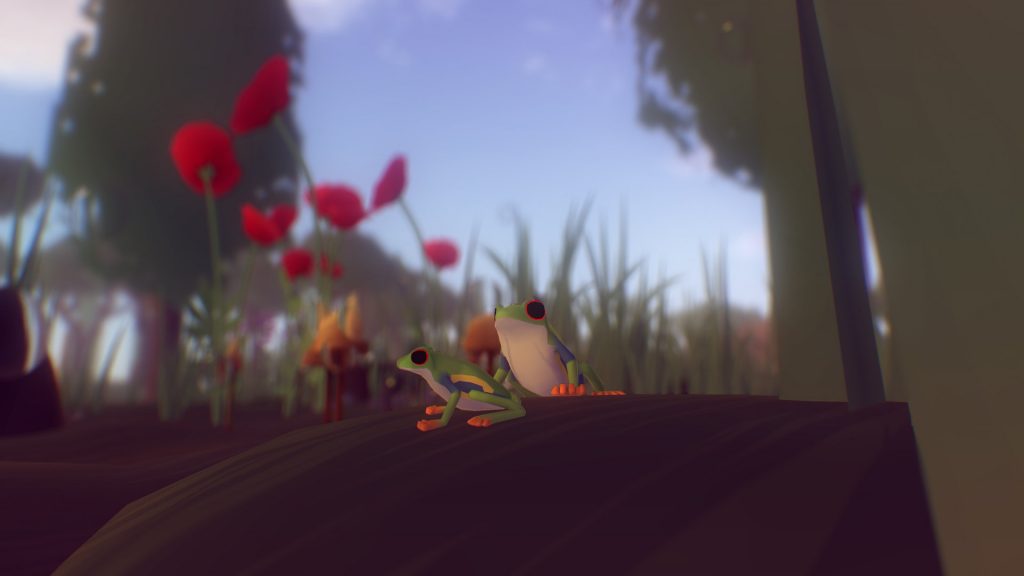 You’re either going to love or hate Everything. It’s that type of game as it offers an experience that is pretty out there which is not going to be everyone’s cup of tea. Do I recommend the game? Certainly! It is a voyage that has to be experienced. I’m sure that even if you don’t end up liking the game, it will still leave its mark on you – you won’t be forgetting about this game anytime soon! 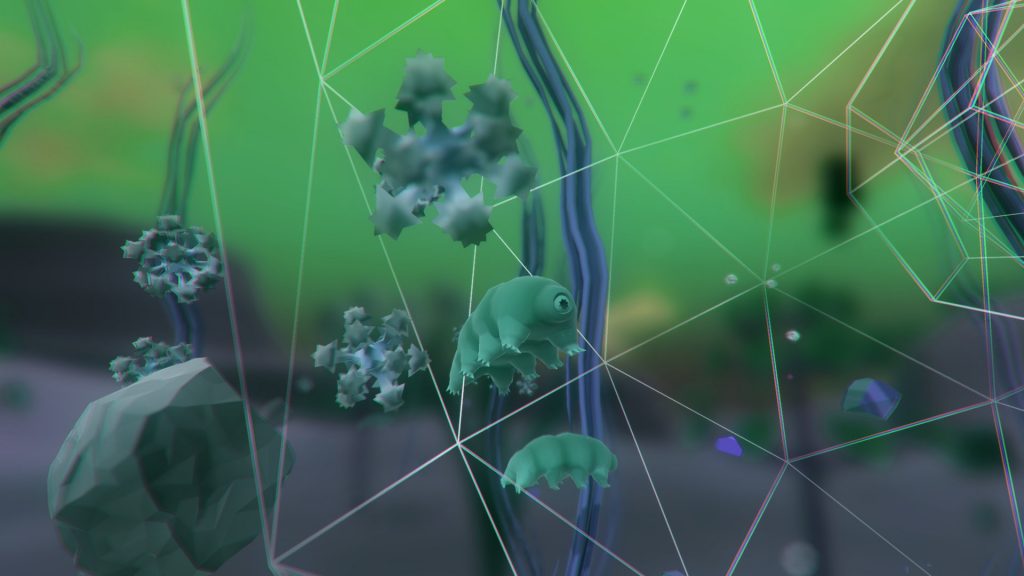 Disclaimer
This Everything review is based on a PS4 copy provided by Double Fine.

GNOG Out Today On PS4