Period: Cube ~Shackles of Amadeus~ is an Otome visual novel which means it’s full of romance. The story revolves around the world of Arcadia, a Massively Online Multiplayer game! You play as Kazuha who has never taken an interest in gaming. Her older brother Shiki is a big fan and does play a lot of games, but he has disappeared from the University he as studying at, so Kazuha decides to look for him. Want to learn more? Then read our Period: Cube ~Shackles of Amadeus~ review!


In this visual novel from Idea Factory and Aksys Games, Kazuha, along with her childhood buddy Hiroya, gain access to Shiki’s computer which says he logged into World V, a server that is not supposed to exist. Kazuha (you can pick a name of your choice if you want to) and decides to go into the game to find out what happened to Shiki. Will she find her brother before it is too late? 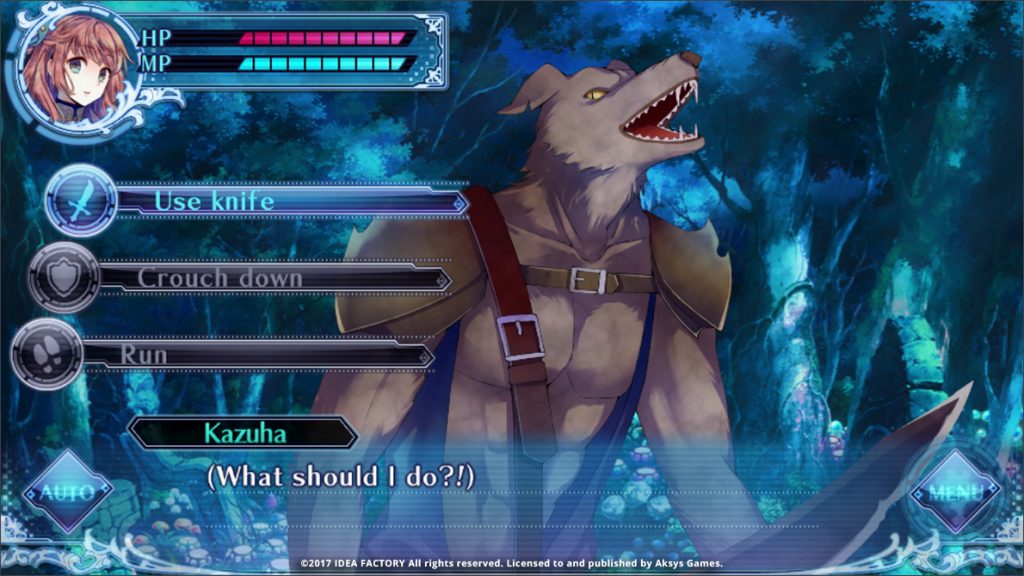 This being a visual novel, you better be prepared to read a lot. There are pages and more pages of story to experience, and huge walls of text are pretty much part of how the genre is presented – hence its name. There’s a ton of replay value in the game, and it has a Platinum trophy if you can manage to see everything the game has to offer. 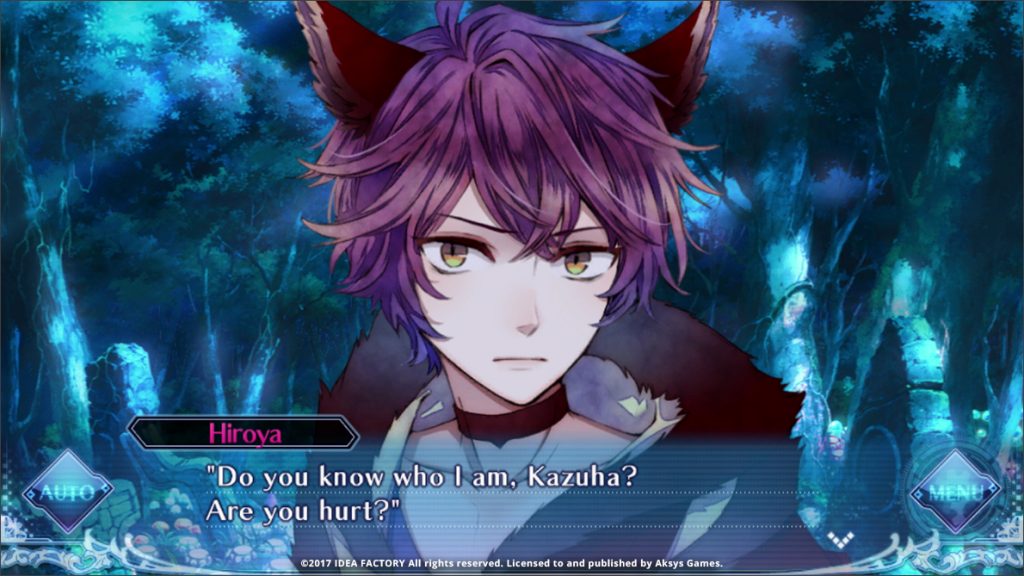 There are different story route to take which will decide which characters you will meet. The routes you take depend on the choices you make… which might sound confusing but really isn’t! The developers thought of that, so they made it possible for you to view a tree which details which paths have been taken and what choices are still pending. Pretty good, huh? 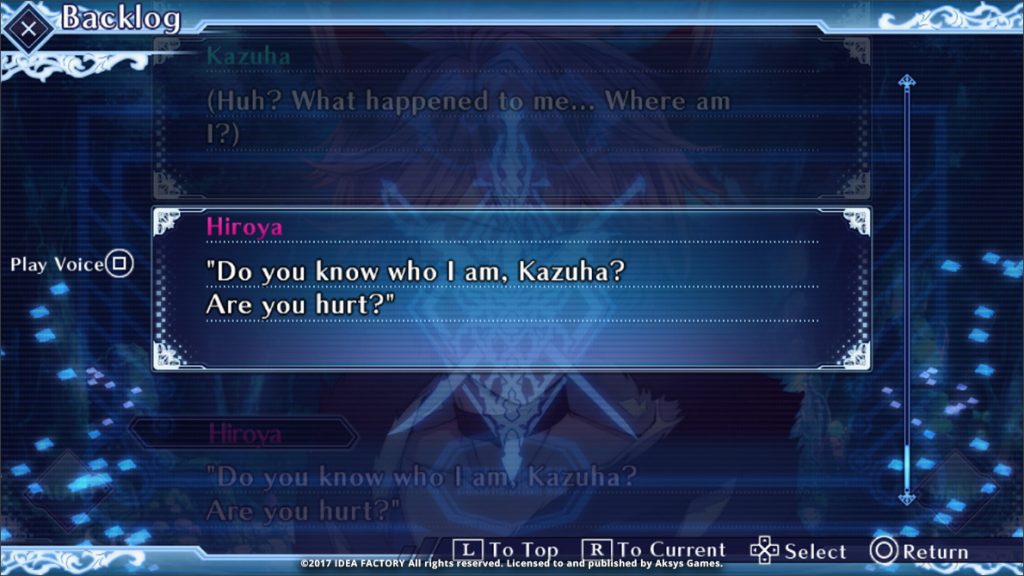 And now, how about we take a look at some of the characters?

KAZUHA HANAMIYA – The main protagonist. She is very shy and likable, and starts to worry about her brother Shiki when she doesn’t hear from him after a few days, so she decides to go to his University campus to look for him.

HIROYA TACHIBANA – He has been friends with Kazuha since childhood, and he joins her in the world of MMO gaming in search of her missing brother. He is a Beastman in the game. His attitude towards his childhood friend leaves a lot to be desired, but he does care for her and tries to protect her as much as he can.

RADIUS – Is a male character and in the real world, he is very popular with the girls. Could he be a potential suitor for Kazuha?

LIBERA – He’s an idiot. Plain and simple. In the game world, he plays a female character, which is interesting as she is the opposite of what he is in the real world.

ASTRUM – He is a very arrogant character, but he is most certainly a potential suitor for Kazuha. Will she fall for this guy that is so full of himself?

ZAIN – Is a game world character who is quite pleasant. He is the guy you go to for quests. Is there more to him than meets the eye?

POYOPOYO – He is an in-game character that sells information. He is a strange looking green skinned monster that doesn’t belong to any particular race. 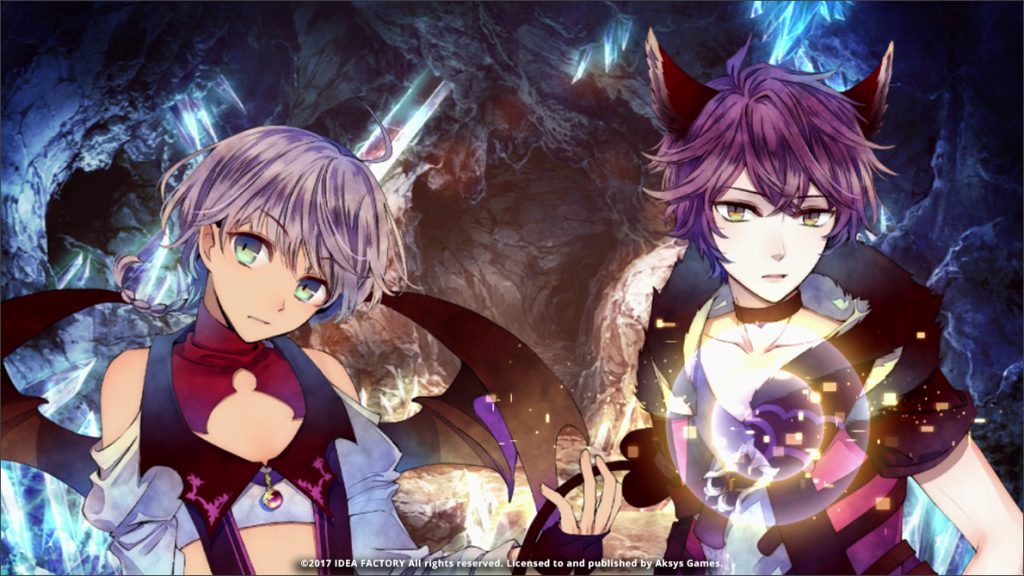 Getting sucked into World V means you end up comatose in real life while you are living-in-game. The problem is that if you die in the game then so does your comatose body in the real world. Interesting twist, right? You are stuck in the fantasy of World V along with thousands of other players, and you need to escape. The only way to do that is to clear out the giant Ark. In other words, you have to beat the MMO game you are trapped in. 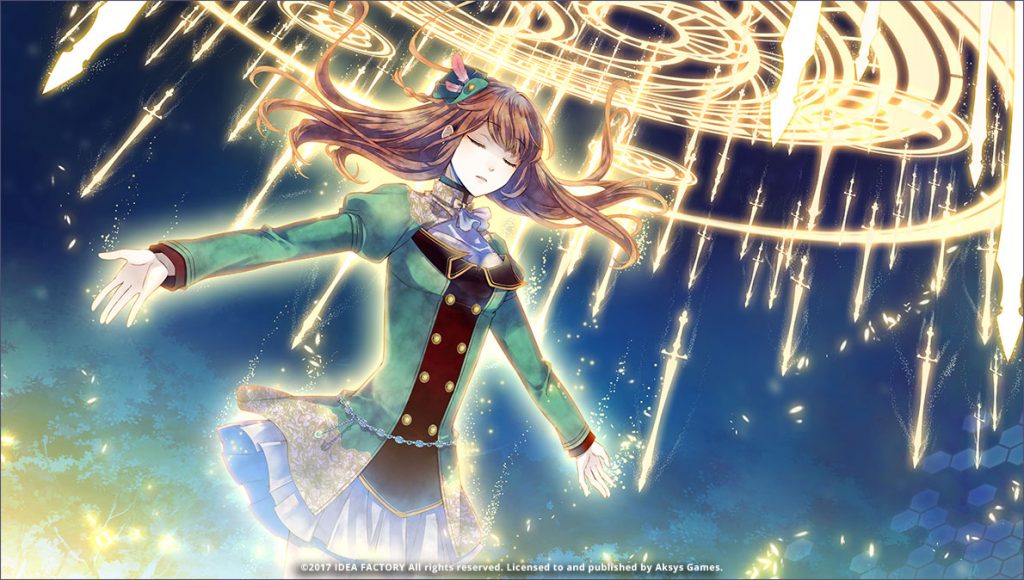 Once Kazuha realizes how serious things are in Arcadia she starts to take an interest in learning how to play the game, and so will you! She plays the role of Amadeus, and has one of the Almighty powers, but doesn’t know how to use it! In order to save herself and her brother, her friends and even herself, she will have to learn everything she can about the game…

As with any visual novel you can learn about items, words, characters and so much more as you play. When a word pops up in blue, that means you can click on it for more information. This information will be added to the Dictionary in case you ever feel like reviewing what you’ve learned before, so that’s certainly handy! 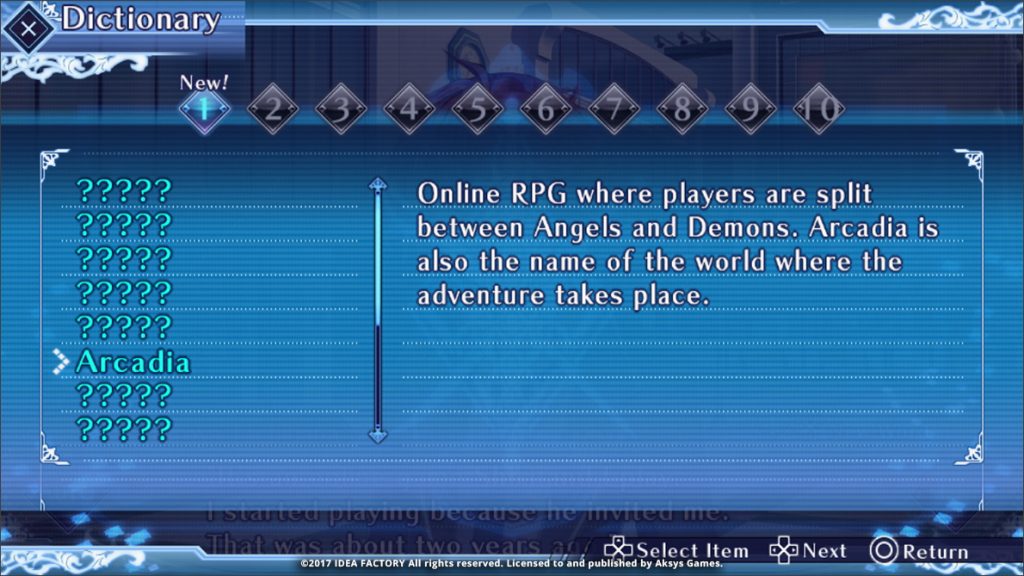 Period: Cube ~Shackles of Amadeus~ is a lovely Otome visual novel that fans of the genre will certainly enjoy on PS Vita. The MMO twist for the story is played out nicely in the story without it ever getting in the way of player’s enjoyment of the overall story arc and the romance potential. There’s a ton of things to do in the game and plenty of characters to interact with, especially if you aim at seeing all cutscenes so that you can get a new Platinum tropyhy for your collection! 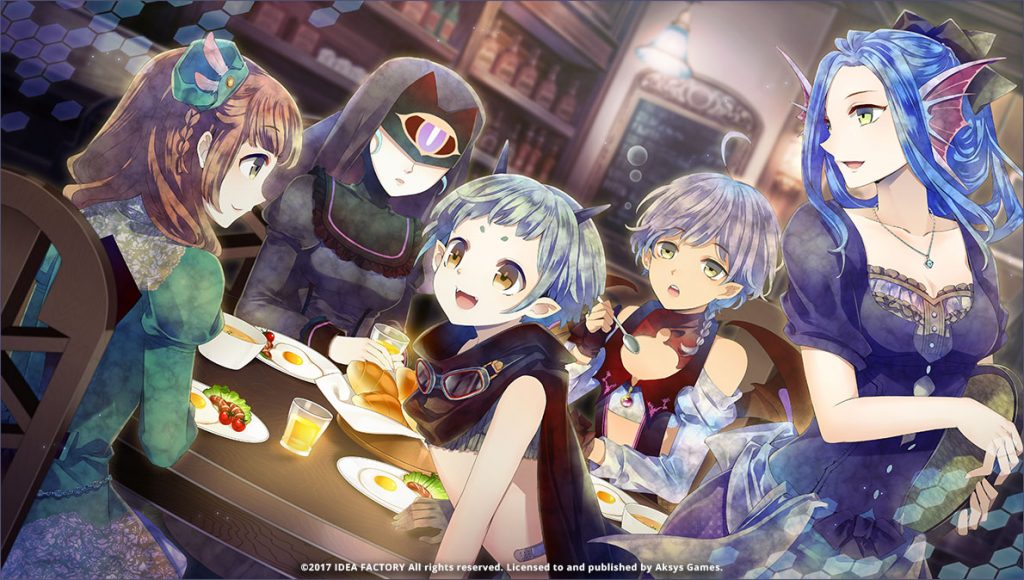 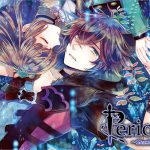 Disclaimer
This Period: Cube ~Shackles of Amadeus~ review is based on a PS Vita copy provided by Aksys Games.