NIS America got in touch with us to share some valuable information on the latest batch of Ultimates that will be part of Danganronpa V3: Killing Harmony! The game will be releasing this September, in North America on September 26, 2017 and Europe on September 29, 2017 to be precise! The game will be getting both a physical and a digital release for the PlayStation 4 and the PS Vita.

Ready to learn more about the new Ultimates? 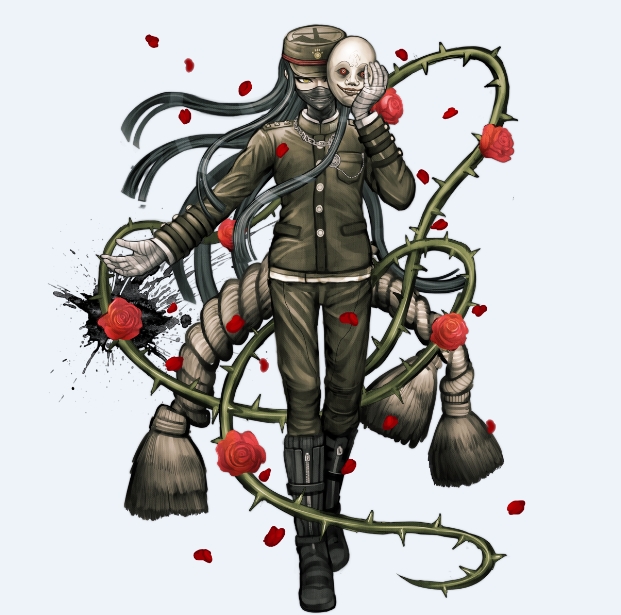 Korekiyo has traveled around the world, studying many different cultures as part of his anthropological research. His travels have instilled in him an appreciation for the “beauty of humanity.” For this reason, he observes his classmates with great curiosity, eager to see what sort of beauty they will produce given their unique situation.

Calm, collected and intelligent, Korekiyo’s mannerisms and appearance can nevertheless be quite unnerving to some. Even his ethics and morality may be a departure from what one might consider normal. 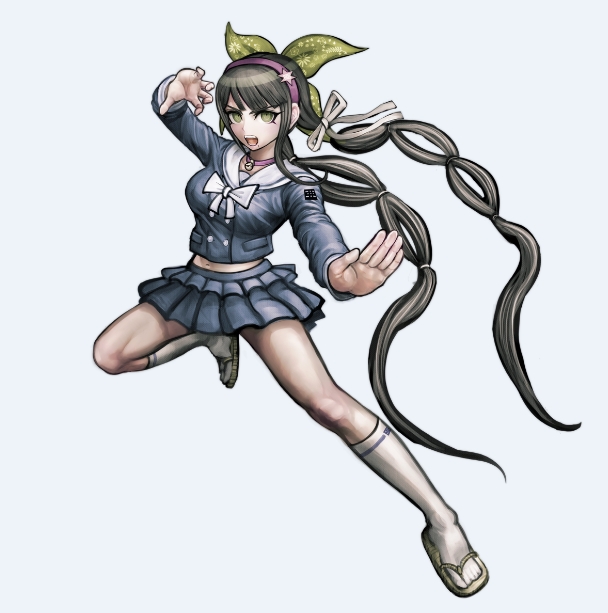 Tenko is a practitioner of Neo-Aikido, a martial art that she created alongside her master by reimagining the style of traditional aikido.

To say she merely dislikes men is an understatement. As an androphobe, Tenko refers to all men as “male degenerates.” Though compliments from a woman will make her heart aflutter, the same compliment from a man could result in him getting thrown across the room.

Tenko does not hide her emotions well, and she has a tendency to overreact to situations in an exaggerated manner. She also has a habit of yelling at the top of her lungs. Though she claims it helps bolster her fighting spirit, her frequent shouting often strikes others as incredibly obnoxious. 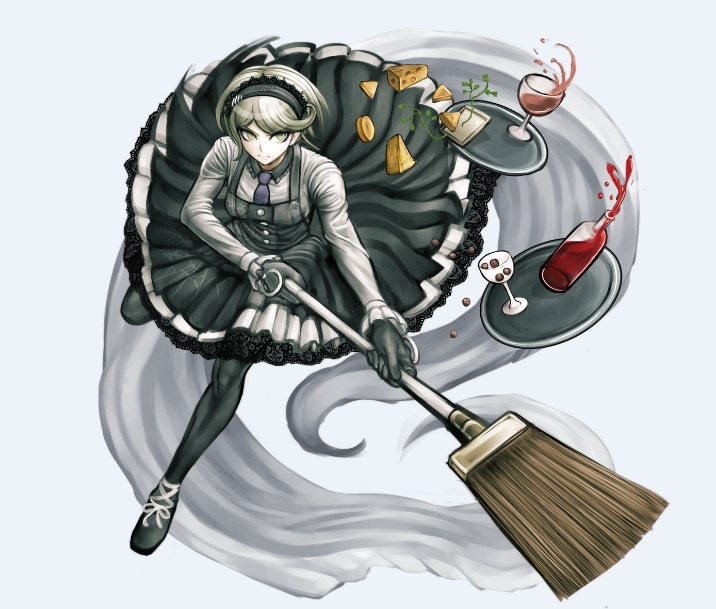 A calm, dignified young woman of sound mind and peak physical fitness. Kirumi made a name for herself while working as a part-time maid, earning a reputation for fulfilling to perfection any request made of her. However, she refuses all requests made by corrupt individuals.

As a maid, Kirumi embodies the philosophy of selfless devotion. Even while trapped in the Ultimate Academy, she continues to serve her classmates almost on instinct, such as by preparing meals and doing chores. 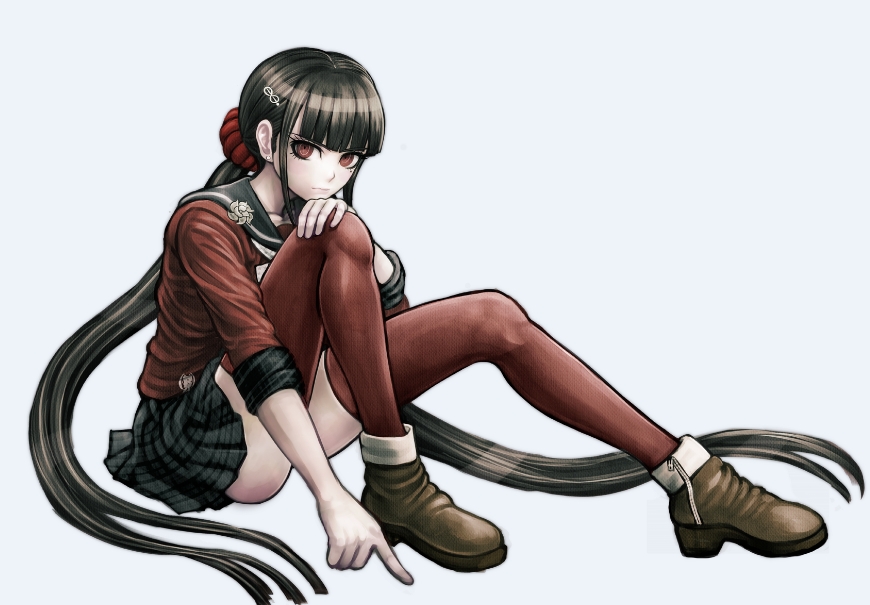 Raised in an orphanage, Maki did not seek out the role of child caregiver but instead had the role thrust upon her.

For this, she was recognized as the Ultimate Child Caregiver. But despite her title, Maki’s not particularly caring or friendly. And though children are fond of her, she personally can’t stand them.

Despite her cute appearance, Maki is a hostile misanthrope of few words, and rarely cooperates with her classmates. Nevertheless, she is willing to take action when it suits her. 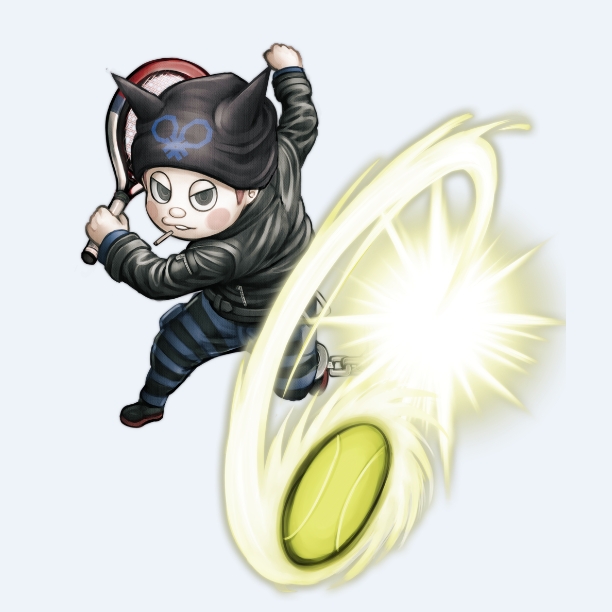 From middle school onward, Ryoma was a talented tennis player with a bright future ahead of him, and had won championships around the world. But after he used his tennis skills and a custom-made steel tennis ball to kill members of an organized crime syndicate, he was arrested, found guilty, and sentenced to death.

Awaiting his punishment on death row before arriving at the Ultimate Academy, Ryoma claims he is no longer the same person who was bestowed the title of Ultimate Tennis Pro.

Displaying a maturity that is rare among teenagers, Ryoma seems older than his appearance would suggest. Even in the presence of pain and death, Ryoma remains unflappable. 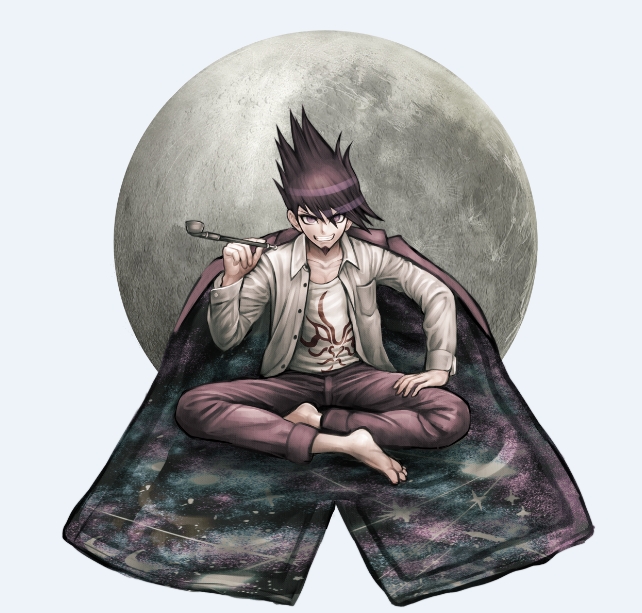 Astronaut cadets must have a college degree and pass a rigorous exam before they can even be considered for the astronaut training program. Kaito, however, used forged documents to take the exam before he graduated high school, and became the first teenager to pass it.

Ultimately, Kaito’s forgery was discovered. But his unorthodox approach to the exam piqued such interest that he was accepted as a cadet anyway. Though Kaito still has yet to visit outer space, his romanticized view of the cosmos remains stronger than ever.

Valuing dreams and passion above all else, Kaito often dispenses such wisdom as “Limits don’t exist unless you set them yourself!” and “You gotta be a little reckless to make your dreams reality!” 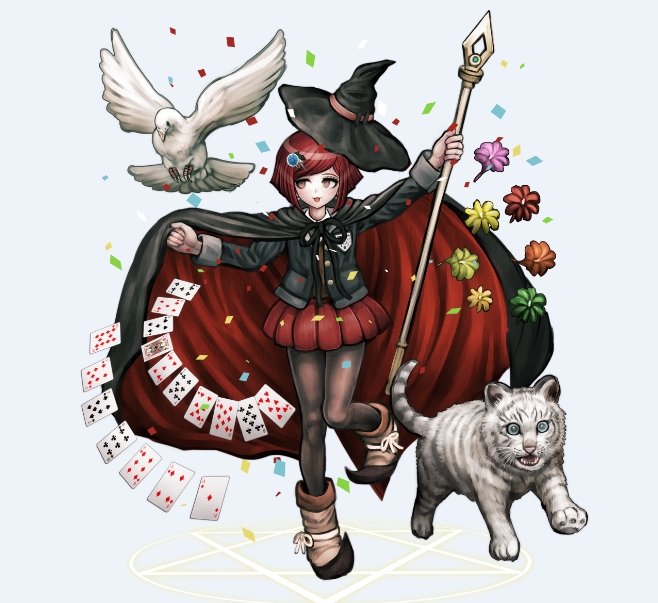 A skilled magician who claims her tricks are the result of real magic. Himiko is the youngest recipient of the Magician of the Year award from the Magic Castle, an organization made up of stage magic enthusiasts from around the world. However, she claims this award was just a clever ruse to hide her actual magic powers from the rest of the world.

She complains about the constant requests she receives from people who don’t believe her magic is real, but still want to see her performances.

Regardless of whether it’s parlor tricks or real magic, Himiko has an uncanny knack for card and coin magic tricks, as well as making doves appear out of thin air. But despite the high demand for her magical aptitude, Himiko is also extremely lazy. 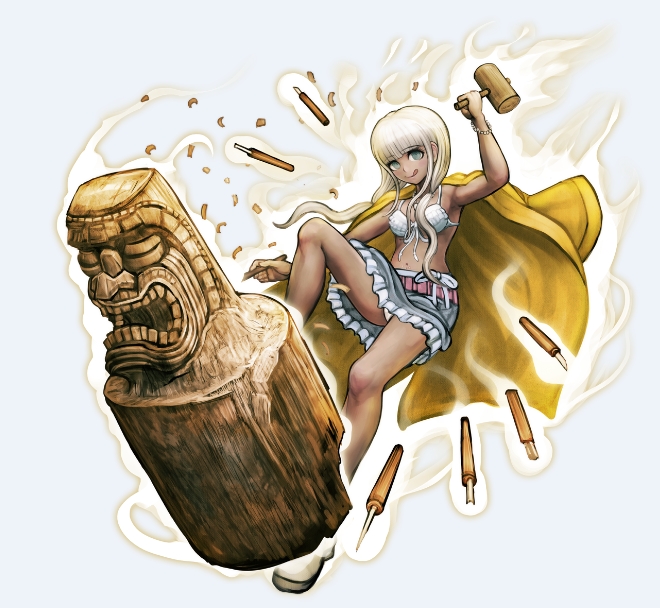 A zealously devout girl who claims that her island god, Atua, is always by her side. Though Angie draws and sculpts, she considers herself an instrument of Atua, and credits her artistic works to him and him alone.

She has an upbeat, somewhat ditzy attitude, and often says unique remarks such as “Bye-onara.” Chief among her personality quirks is her claim to speak on her god’s behalf, as well as her tendency to ask others for (non-fatal) blood sacrifices to Atua.


What do you think of this new list of Ultimates? Have you already pre-ordered your copy of Danganronpa V3: Killing Harmony? Let us know in the comments below!

[PS4Blog.net Interview] Rain Games On World To The West