Star Wars Battlefront II Will Release This November On PS4

Electronic Arts has announced that Star Wars Battlefront II will be making its way to the PlayStation 4 this year. The game, which will release this November, will include something that fans have been asking for: a single player campaign! Check out the reveal trailer below as well as some new info on the game.


Jared Petty, community manager for Electronic Arts, had this to say:

Star Wars Battlefront II introduces a new single-player Star Wars story. As Imperial special forces operative Iden Versio, you’ll witness firsthand the destruction of the second Death Star. That calamitous event propels you and your elite team, Inferno Squad, into an odyssey of revenge, betrayal, and redemption. The action-packed campaign that follows spans the 30-year gap between Star Wars: Return of the Jedi and Star Wars: The Force Awakens, and leads you to encounters with some of Star Wars’ greatest heroes. 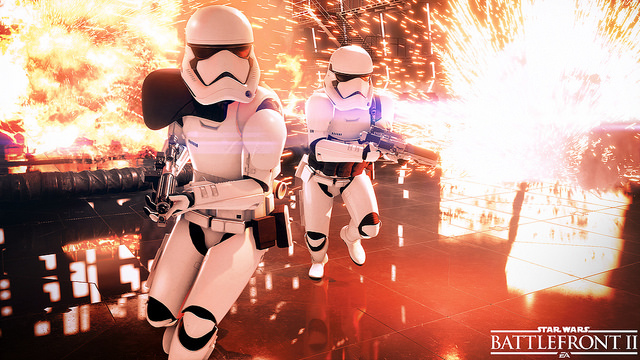 Unlike its predecessor, Electronic Arts has said that Star Wars Battlefront II will not have a Season Pass for sale.

What did you think of the trailer? Are you ready for this new release? Let us know in the comments below!