War. War never changes. Drink your Nuka-cola and prepare for this week’s Review Revisited for Fallout 4, still one of the best games from this console generation!

Fallout 4 came out in late 2015, turning out to be one of my most played games that year. I’m a huge fan of the universe, having played the originals on PC back in the day. The whole premise of Fallout is that you are a vault dweller in a post-apocalyptic world. You leave your vault and set foot into the world and see what the wasteland has in store for you. Since Fallout 3, the games have been set from a first-person point of view, and while you can play them as shooters, they are better enjoyed as slowed down RPGs. 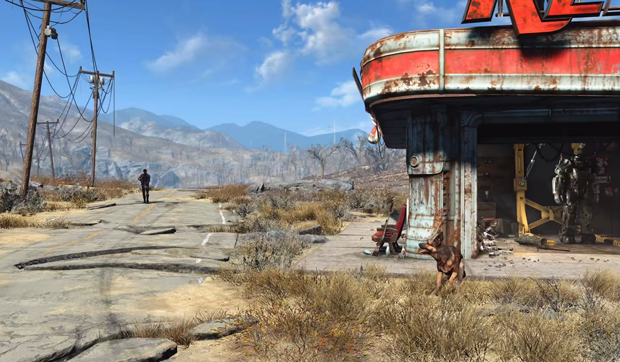 As someone who immensely enjoyed Fallout 3 and New Vegas, my hype level was through the roof for this one. Fallout 4 delivered in being more of the Fallout that I loved, but it didn’t mark a huge evolution for the series – it only offered some minor tweaks. That being said, I still spent countless hours immersed in the game and its expansions.

If you’re looking for a game to take all of your free time, then this is a great candidate. Since release, the game has been supported with new DLC, updates, and now even mods. It’s a great game to jump into, so be sure to give it a try!