After a long wait, Yooka-Laylee is finally available on PlayStation 4! Has the wait been worth it? Is this the collectathon that shall reign supreme? Read our Yooka-Laylee review to find out!


When Microsoft acquired RARE back in 2002, they seem to have been forced to leave behind their beloved collectathon genre, developing a string of games exclusively for Xbox including the Viva Piñata series. Later on, Microsoft shifted their focus to a Kinect games which failed to make it on the sales charts. Many employees were understandably unhappy and left.

Those employees formed a new studio called Playtonic Games and Yooka-Laylee, their first game, was posted to Kickstarter, smashing its tiny £175,000 goal in only 30 minutes. By the time the Kickstarter was over, they had smashed through every single stretch goal – one of which was an orchestral score by Grant Kirkhope and David Wise! The campaign finished with more than two million British pounds. Yes, two million pounds! 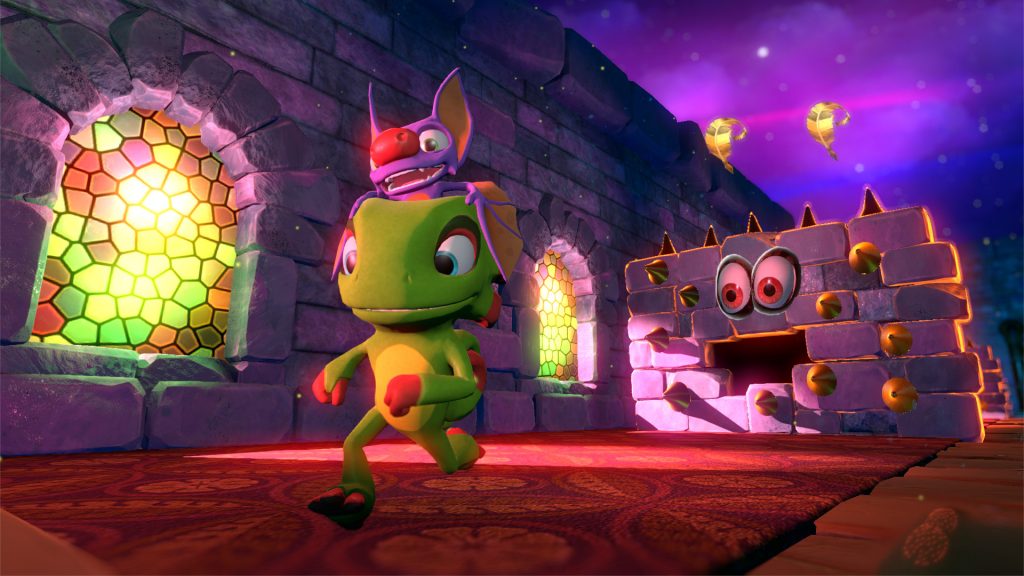 And now it is time for us to review Yooka-Laylee on PlayStation 4, a true spiritual successor to the collectathon games of the 1990s. Yooka is a bright green Chameleon, and has by sidekick a cheeky red nosed purple bat named Laylee who loves to ride on Yooka’s head. Yooka-Laylee is in every way a true successor to the platforming collectathons that we all grew up with in the early 1990s. You can expect to traverse large lush and colorful worlds chock full of collectible goodness. The mission of Yooka and Laylee is very simple: they must recover the lost Golden Pagies that were stolen by a pair of evil crooks known as Capital B and Dr. Quack, and refill the books.

You’ll be collecting a lot of things during your adventure. This includes play coins which you can use in Rextro’s arcades. There is one coin in every world, making it the hardest collectible to find – they are extremely well hidden. Then there are Ghost Writers, Quills, Pagies and more. If you want to 100% the game and an awesome Platinum trophy, then you’re looking at spending around 25-30 hours or so with the game.

Yooka-Laylee has five worlds that can be expanded, but for that, you need to find Grand Tomes. You will also need Pagies which are used to purchase world expansions so that you can carry on searching for even more Pagies, Quills, and other collectibles! Every world has a specific number of collectibles to find. You can easily keep track of all the collectibles in the options menu. 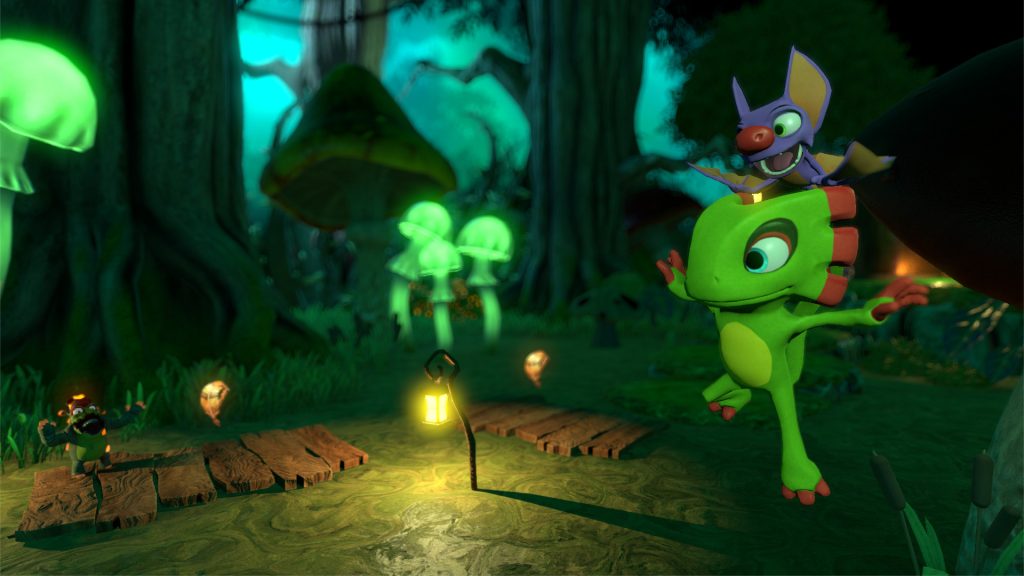 You can speak to Trowzer the salesman to spend some Quills to buy some awesome moves. These moves are a must if you want to see everything the game has to offer since some Pagies are locked behind puzzles that need a specific ability. For example, early in the game, you will find a secret location where a Pagie is locked in a cage. You will need to buy the Body Slam ability to break the tiles to clear the windows, and then you need to complete a target shooting minigame.

You can also complete challenges to unlock tonics you can equip – you can only equip one tonic at a time. They will help considerably, giving you extra hearts or allowing your power meter to regenerate faster. There’s one tonic in particular for 64-bit that has yet to be made available, and that will be included in a future update. Can you unlock all tonics in the game? 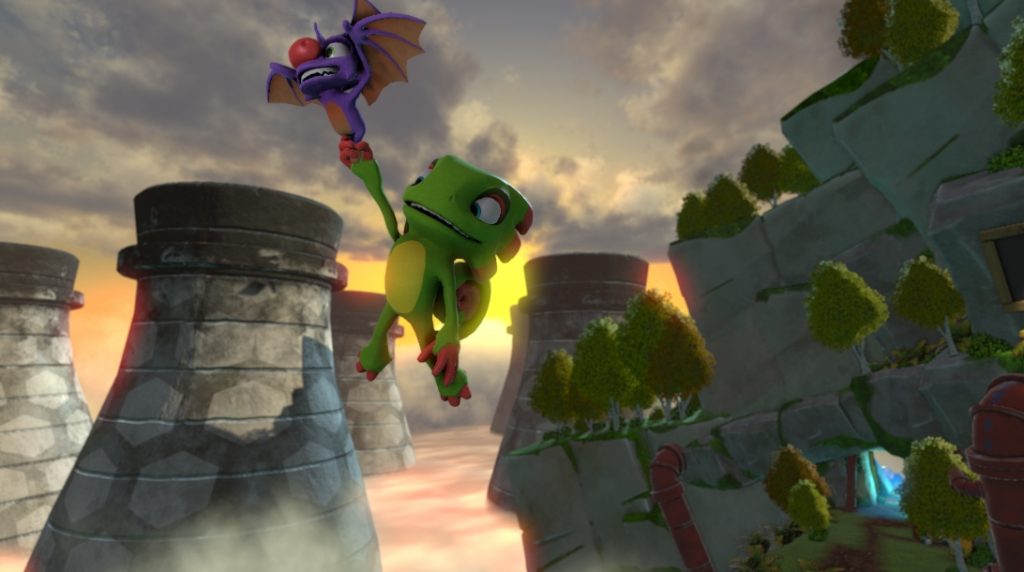 As for the game’s trophies, you’ll be happy to hear that nothing is missable! If you want to add a new Platinum trophy to your collection, all you need is perseverance and a lot of time. The game has a lot of stuff for you to collect, so that’s what you’ll be doing for most of your time with this duo.

Yooka-Laylee is a very entertaining action platformer. The characters are very funny, with plenty of typical British humor to enjoy. You will laugh at some of the brilliant one-liners from Layee and Dr. Quack. It’s been a long wait, but I’d have to say it was worth it. If you’re a fan of the collectathon games from back in the day, then you’re going to love Yooka-Laylee on PS4! 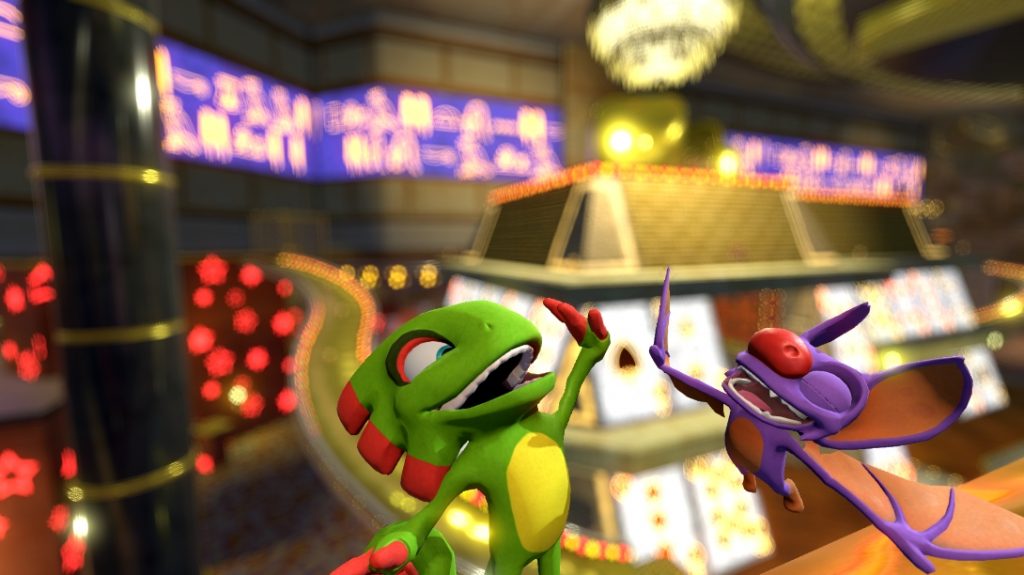 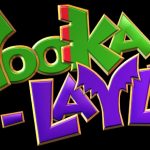 Disclaimer
This Yooka-Laylee review is based on a PS4 copy provided by Team 17.

Syberia 3 Out Now In Europe – April 25 For North America