The Sexy Brutale is a point and click adventure game where you relive a Saturday over and over to prevent a series of murders. The title of the game was more than enough to pique my interest, and within minutes of booting up and seeing the gorgeous 3D graphics and the intro, I was immediately hooked. Wanna learn more about this fun and clever game? Then read our The Sexy Brutale review!


I have played many murder mystery games, but a game about ‘preventing’ murders from happening? For me that is very interesting – I was intrigued by how a murder can be prevented. The core mechanic of the game is being able to rewind time, and that is how you can prevent a murder from taking place! The reason it’s called a murder mystery is that you actually get to see how each murder happens then time resets and you have to race against time to prevent it from happening. 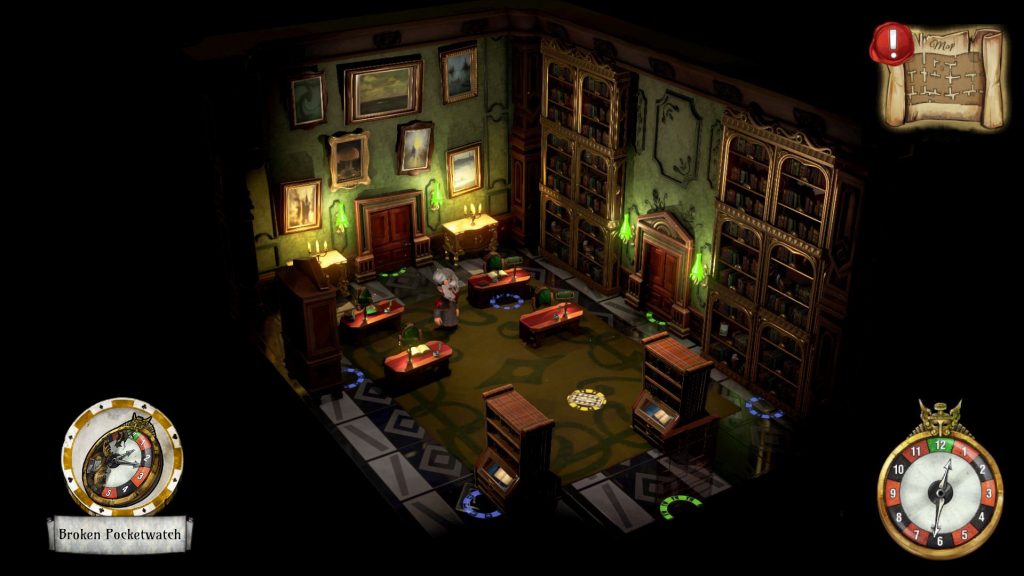 The game is set in a lush Hotel Mansion, and there are multiple guests who are being brutally murdered by the staff! The perpetrators are the gas mask wearing attendants who gain absolute satisfaction from their blood thirsty killings. They just have no idea you are watching their every move and planning how to undo their handiwork. You play as a priest called Lafcadio Boone who has to relive the same day over and over as you save the hotel guests from the inevitable. 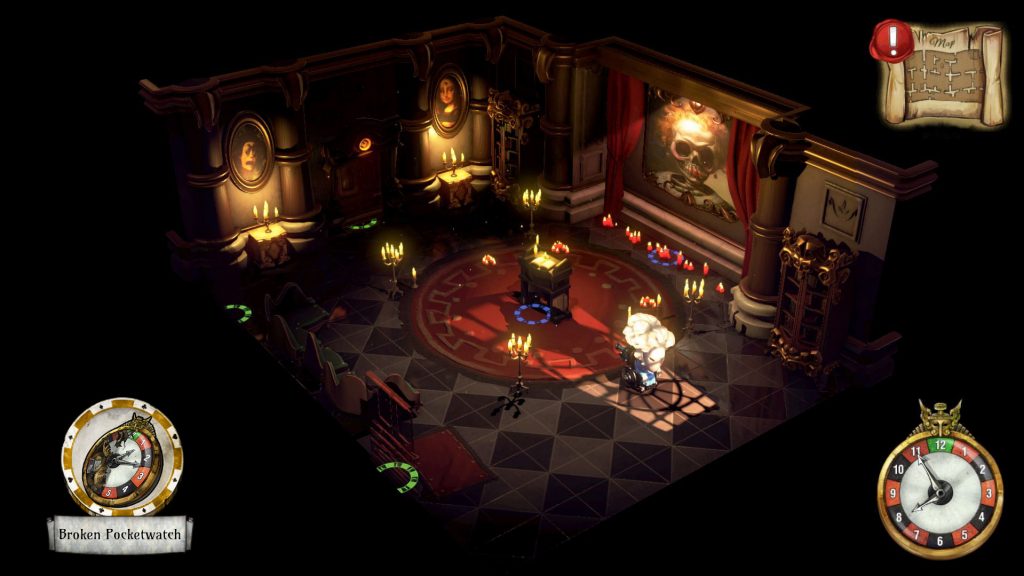 To get yourself acquainted with the game, the first case serves as a tutorial, and your first opportunity to save a guest called Reginald Sixpence who gets shot. The clue to solving and preventing his murder lies with the gun… and that’s all I’m going to say! I can’t talk more about things without spoiling your first mystery. It is a short and simple case to get you started, and it will teach you how to spy through the keyholes with the Square button, interact with objects with the X button, and eavesdrop on conversations with the R2 button. And, of course, how you can rewind time with the L1 button! 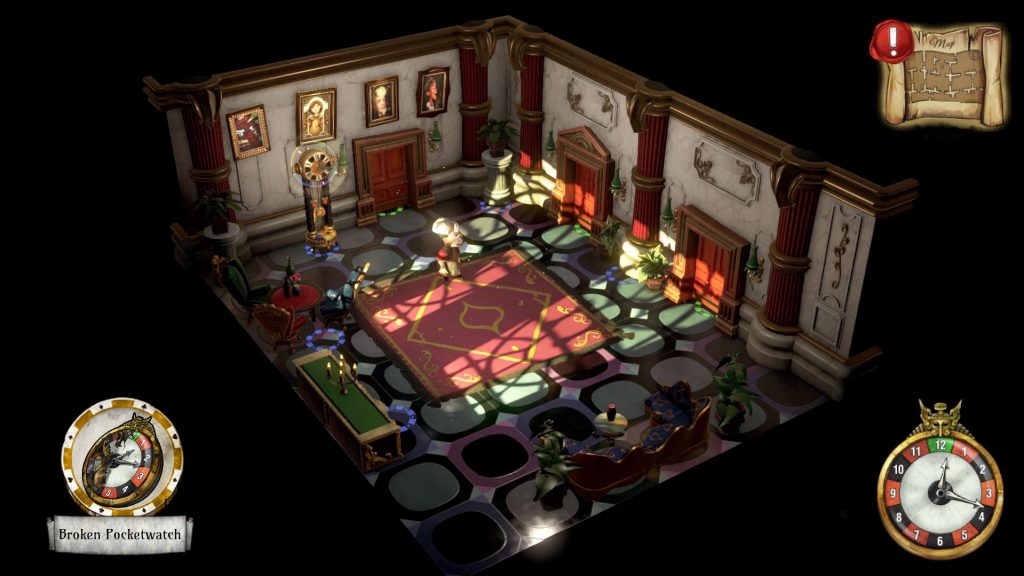 As you progress, the murders will become a little bit more complex, like having to save two guests at the same time, and in different rooms. Be sure to watch how the whole scenario unfolds and then spring into action! You may need to rewind and relive the entire day once or twice before a solution pops into your head!

You have a map you can access, and rooms will show as you enter or spy through the keyholes. Your enemies will appear as skulls on the map, and you appear as a shield. You are given a special mask at the start of the game which keeps you invisible to the murderous attendants, and when they are nearby you will glow orange, so be careful! 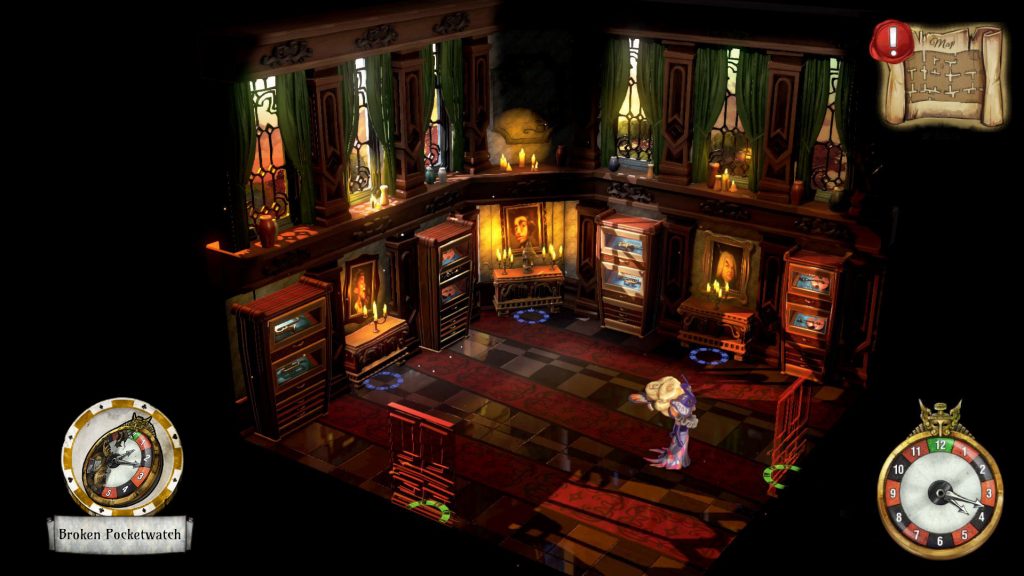 There are also nine invitations to collect and 52 playing cards to find which are scattered all around the hotel. Some are hard to reach, hidden behind doors you cannot access or doors that require codes to unlock, while others are in plain sight. The invitations are on the guests themselves. There are also different masks you can collect, each giving you a different power.

The game only has 19 trophies but it does include a Platinum trophy for your trouble, and it’s not at all hard to obtain especially with the ability to rewind time. The game, story and gameplay mechanics are absolutely brilliant. The game gets full marks for uniqueness, and its graphics are great – very polished and stylish. The game has no voice acting, but that is not a deal-breaker. While The Sexy Brutale might be a short experience, it is highly recommended, addictive and well worth its asking price. 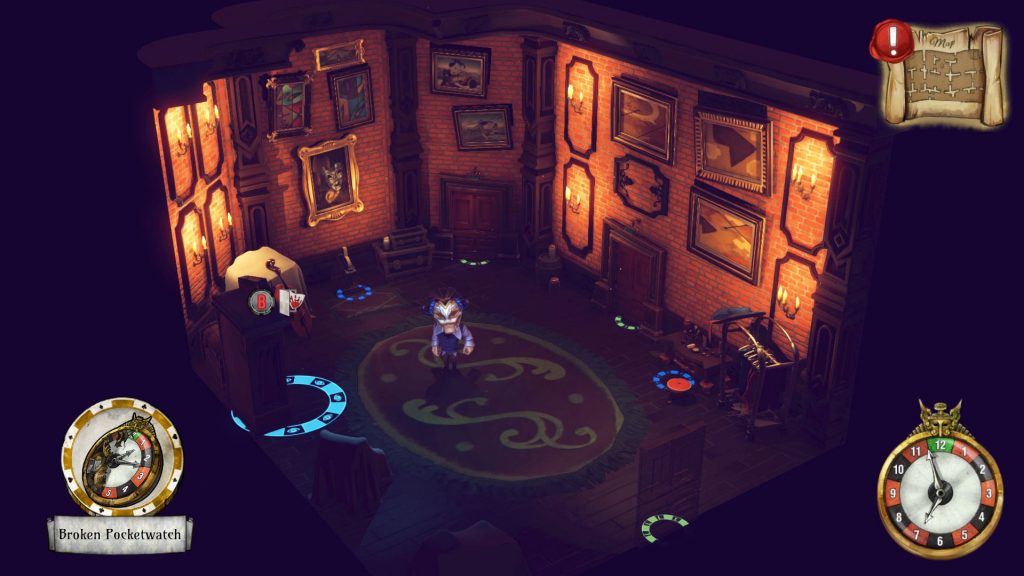 Disclaimer
This The Sexy Brutale review is based on a PS4 copy provided by Tequila Works.