Momodora: Reverie Under the Moonlight from Bombservice and Active Gaming Media is a fun 2D action platformer/ light Metroidvania on the PlayStation 4. You are tasked with seeking an audience with the Queen to be able to rid the land of all evil. Are you up for the challenge? Read our Momodora: Reverie Under the Moonlight review to learn more about this game!


The game’s controls are simple and to the point. You move around with either the D-Pad or the left analog stick and Jump (and double jump) with the X button. You can press Square to use your melee attack, or R1 to use your ranged attack. Triangle is for using items, while the L1 button will allow you to switch items. As for the Circle button, it is used for rolling to safety as you avoid deadly attacks or try to gain the upper hand by moving to the backside of an enemy. There’s an alternate control scheme you can activate which moves the roll to the R1 button and ranged attack to the Circle button, so be sure to try both options to find what’s right for you! 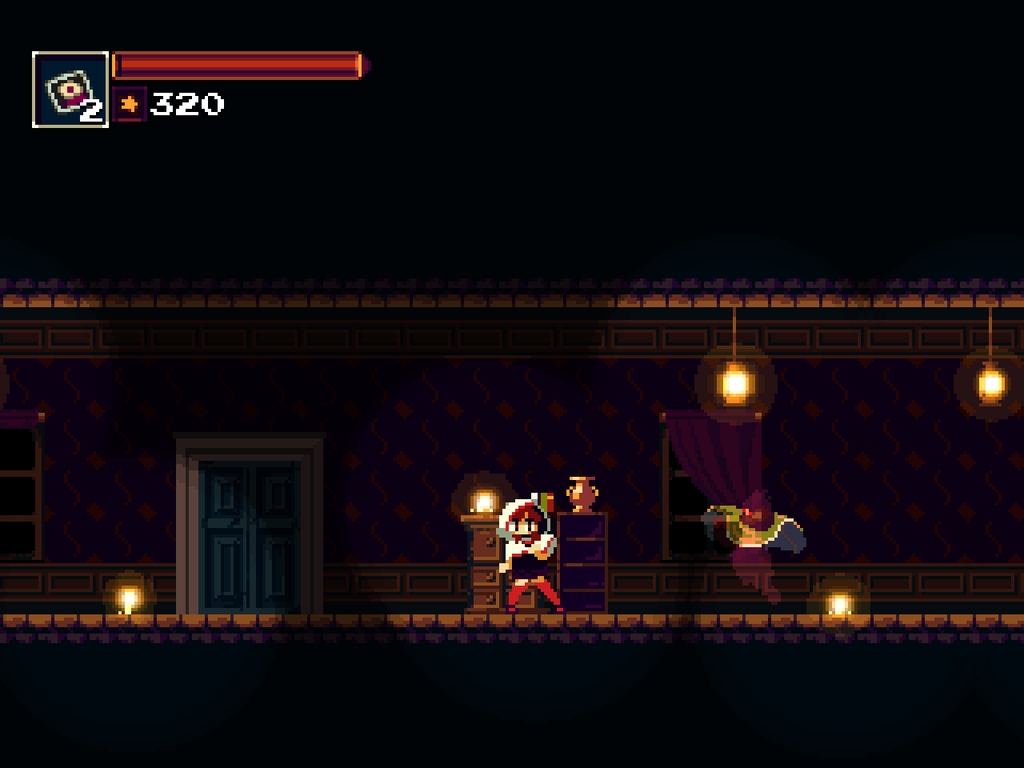 Even though the bow is best used for long range attacks against weaker enemies, since it’s a bit on the slow side of things, it is also very useful during boss battles. You can either chip away bit by bit at their health from a safe distance as you try to decipher their movement and attack patterns, or you could charge your bow to unleash a multi-arrow attack that deals serious damage from up close. Sure, you need to get really close for all arrows to hit, but it’s worth it. 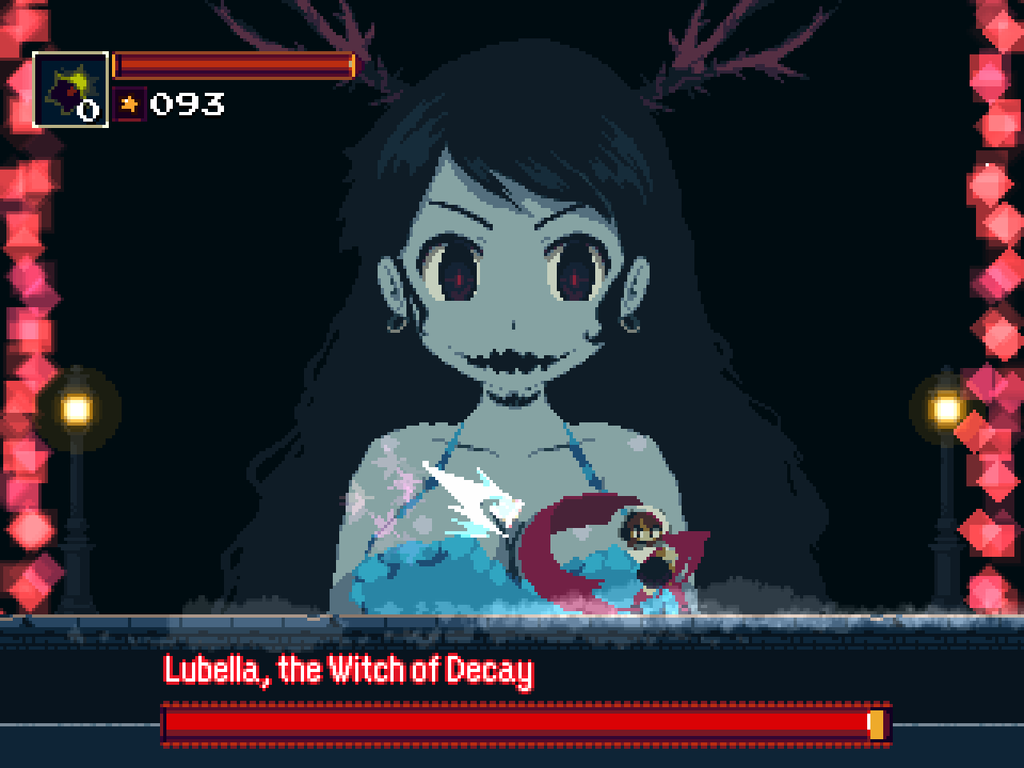 As you explore you’ll run into a nice variety of enemies both big and small, and they will always be ready to attack you! You’ll need to make good use of your melee and ranged attacks to survive, not to mention that some of them will require that you roll behind them to do some damage as they will be carrying shields to protect themselves. You should be on the lookout for the bells that are located in each general section as praying at them will restore your health and allow you to save your game. 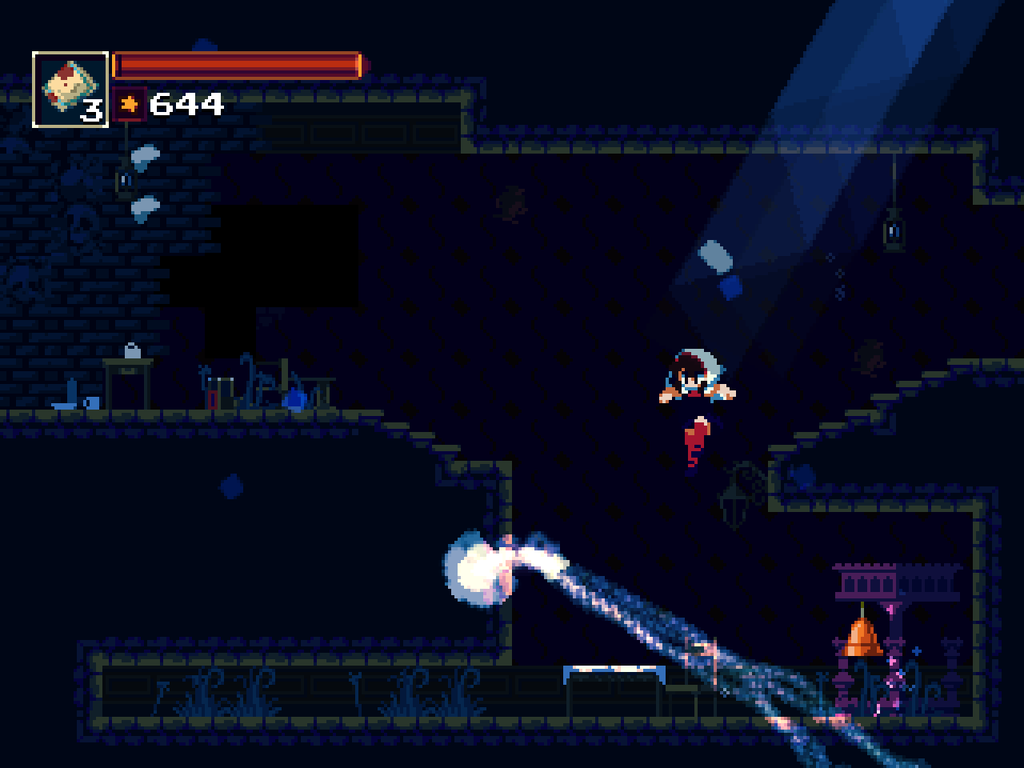 When pausing the game, you’ll have access to your equipment so that you can equip items in active slots and passive slots. Active slots are for things such as the Bellflower which can heal some of your HP. Passive slots are for items like the Ring of Candor which emits a sound when near a secret. You can also check key items like the Maple Leaf you use for attacking enemies or the Ivory Bugs you have collected – they are hidden all over the world, so search everywhere! You also have a map that will autocomplete as you explore, and it will show you a % for how much of it has been unlocked. The map can also be accessed by pressing on the touchpad of the DualShock 4. Then there are the settings where you can change the sound and music volume, graphical quality, screenshake and more. 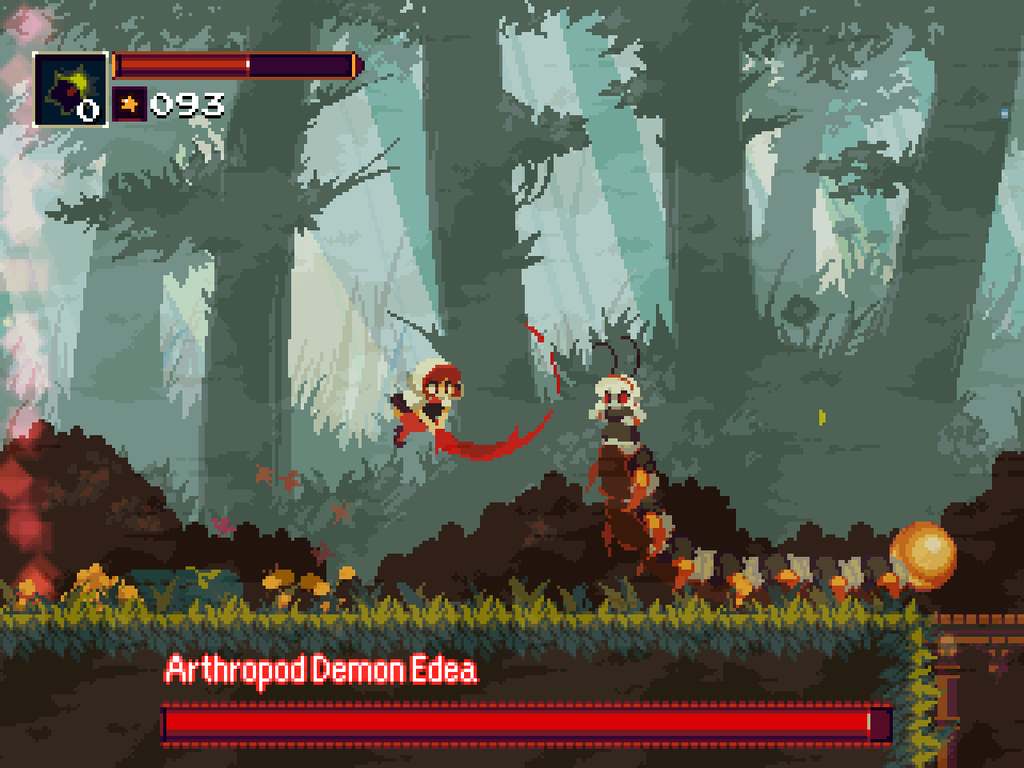 Momodora includes nine trophies in total: three Bronze, five Silver, and a single Gold. One trophy is for unlocking 100% of the map, while another will ask that you find all ivory bugs in the game. As for the rest of the trophies are for completing the game on Insane difficulty, completing it without killing a single common enemy, finishing the game without dying a single time, to name a few. It’s certainly a hard list, and with no Platinum trophy, it might be hard for trophy hunters to justify the high challenge. 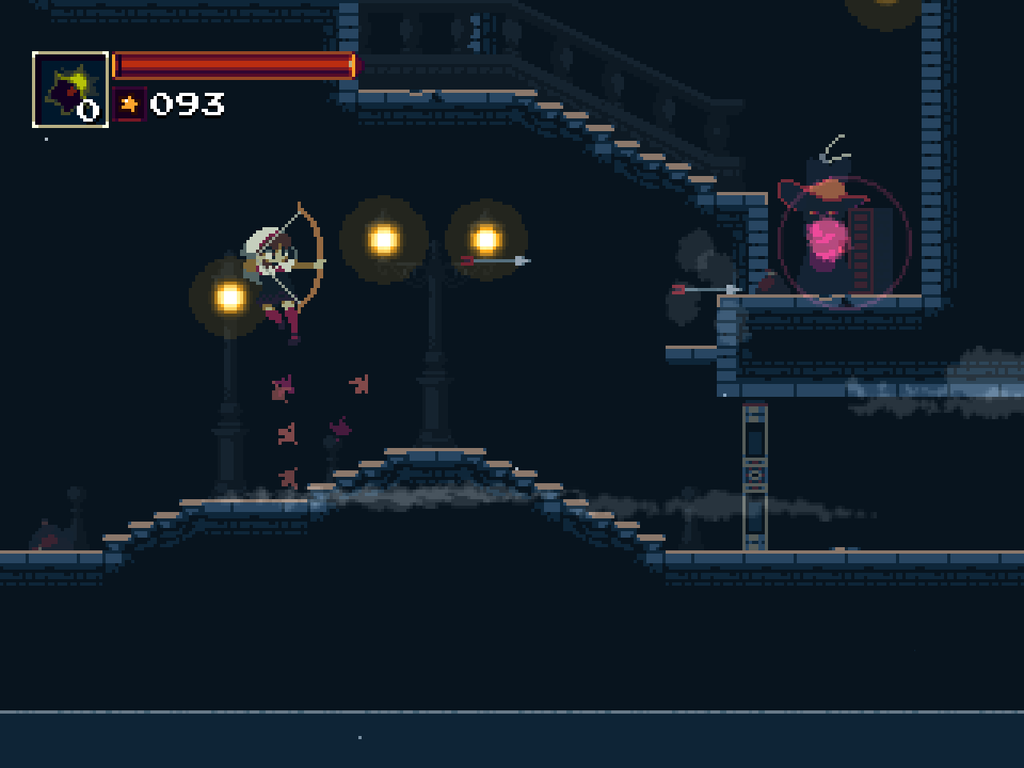 I enjoyed my time with the game as I wrote this Momodora: Reverie Under the Moonlight, and I found myself playing more and more even after I had finished drafting it. Sure, there’s other things I haven’t mentioned about the game, but that’s only because I don’t want to spoil it for you! There’s something very addictive about the gameplay, setting, music and graphics for the game that kept me coming back for more, so I hope it has the same effect on you. I look forward to seeing what Bombservice does next on PlayStation!

Disclaimer
This Momodora: Reverie Under the Moonlight review is based on a PS4 copy provided by Active Gaming Media.