Flinthook is a wonderful pixel art game with roguelike elements. You’ll find the usual mechanics from the genre such as randomly generated levels so that no two playthroughs are ever the same, or how you lose everything on you when you are defeated. Want to learn more? Then read our Flinthook review!


Flinthook is an action platformer. The aim of the game is to put a stop to an evil treasure hunter and his sinister plans which threaten the galaxy. You play as Flinthook, a tiny but nimble pirate who will spring into action to save the galaxy from evil space plunderers. The game offers a good variety of gameplay mechanics with a modern yet retro pixeltastic look.

The game’s tutorial is very good as it will allow you to learn the basic gameplay mechanics, the most important of which is your grappling hook. Dotted around every level are golden grapple points that you can use to grapple to and from. You’ll also learn about your handy fun, about using explosives and much more. 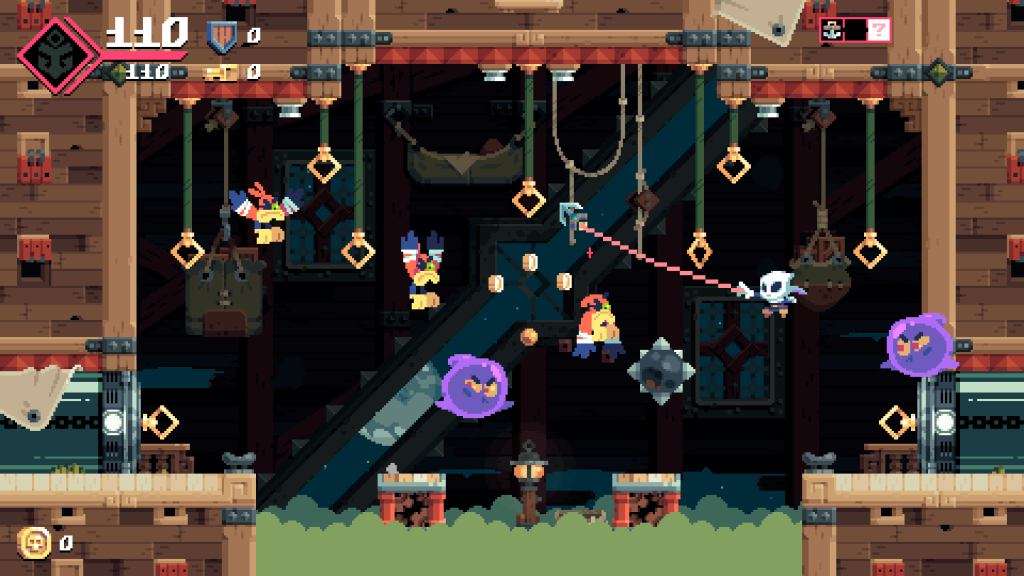 Another important mechanic is treasure – this makes sense since you are a pirate! There’s plenty of treasure waiting for you, from treasure bags to the treasure hiding in destructible items just waiting for you to grab it. And there are even treasure chests to find! And if you like treasure, you’ll be happy to learn that you’ll also get your hands on some shiny coin from defeating the enemies on your path.

Some levels will give items that will help you progress in the game, but they are random. Take for example an old helmet that will give you invulnerability for a short time – that one will certainly come in handy! There are more items to find, but I won’t be spoiling them here. 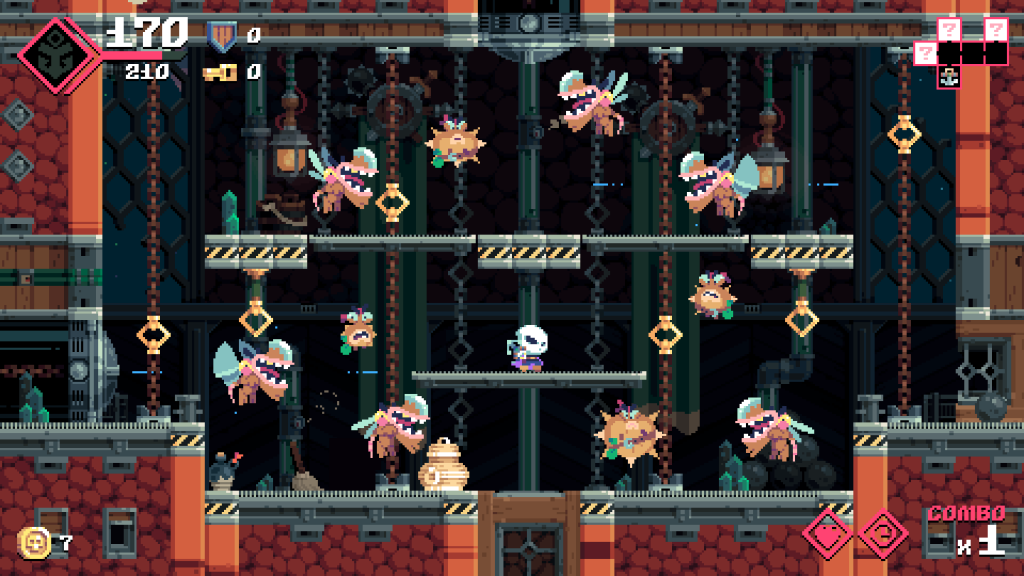 If you are defeated, you will lose all of your money and items and will need to start again from scratch. The good news is that you’ll get to keep your level, so the more you play, the stronger you’ll become, thus allowing you to go deeper and deeper into the game. You’ll also get to select perks for each run. At first, you only have three slots unlocked, but you’ll be able to open more to maximize your experience.

When you complete a level, or when you die, you will be taken to a results page showing you your best run times, the EXP gained and more. And yes, that does mean that Flinthook is very much tailored for speedrunning, so be ready! 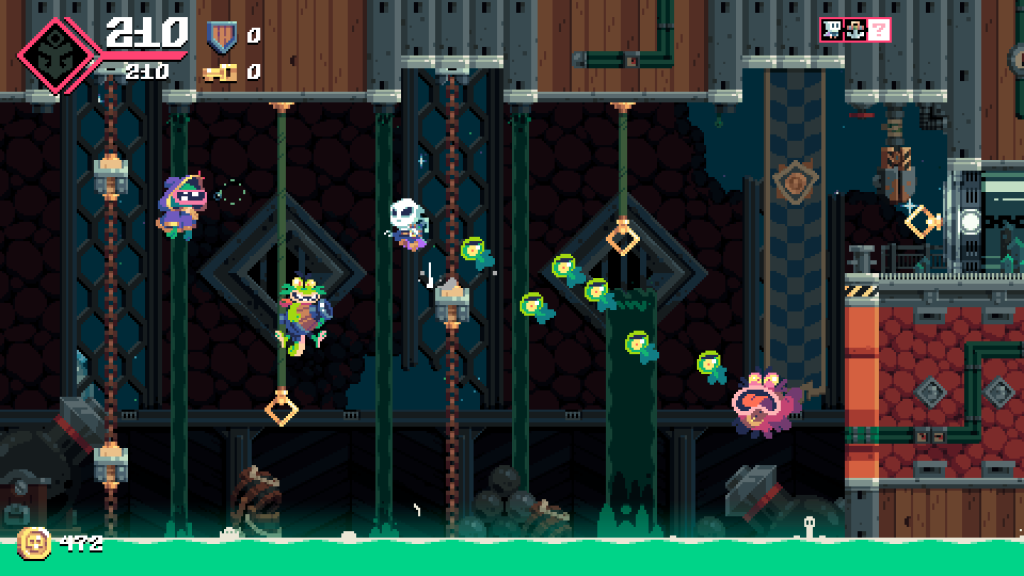 And now, let me take a moment to talk about the game’s bosses. They will really test your grappling skills to their limits. Bosses are very challenging and require that you dodge a lot of attacks to stay alive as you wait for the perfect time to use your abilities to land a good hit or two to do some damage. Perks will play a huge role during boss fights, so be sure to slot only the best!

I highly recommend giving Flinthook a go. Gameplay is fluid, graphics look great, and the fast-paced action will keep you coming back for more. Being able to level up and improve your odds of surviving after every fun you do is a great mechanic that will make it easier for those of you not used to roguelikes to get some quality time with this release. Even if you die and have to start from scratch, at least you can get stronger as you go!

Disclaimer
This Flinthook reviews is based on a PS4 copy provided by Tribute Games.

Star Wars Battlefront II Will Release This November On PS4

Persona 5 Gets A New “Accolades Trailer”