BulletStorm: Full Clip Edition is a revamped version with a crisp native 1080p resolution, improved textures, higher polygon count, a smoother framerate and all previously released DLC rolled into a single release! On top of this, it includes six brand new maps for Echo mode. Oh, and if you have a PS4 Pro you can run the game at 4k resolution!

It is a first-person shooter in which you play as Grayson Hunt. Your ship has crashed on a deserted planet resort after a space firefight. Grayson is after a group of elite assassins who call themselves Dead Echo. He will shoot his way through the Planet Stygia where he will find the commander and get his team safely off the planet alive. 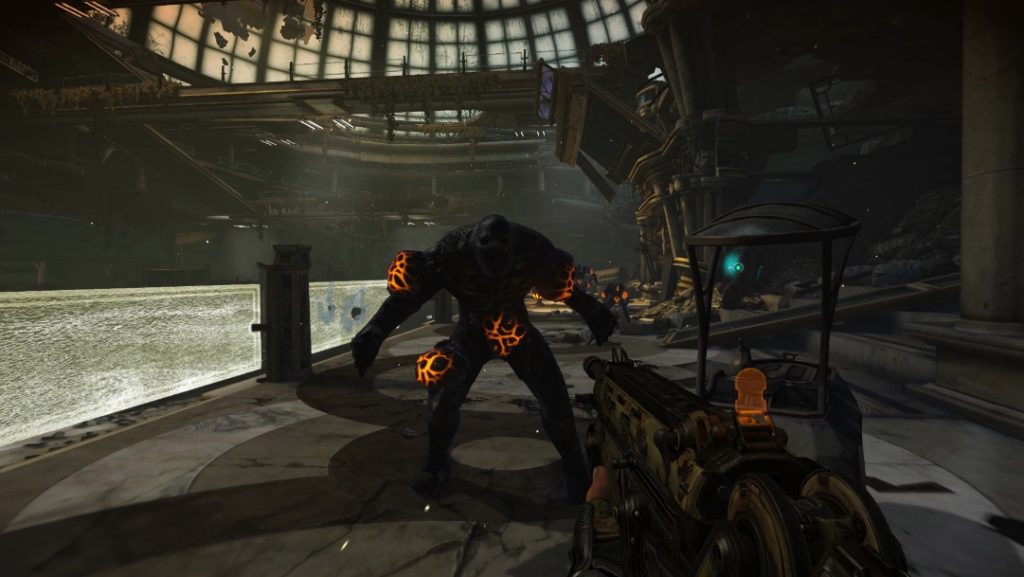 There’s a lot of things to do in the game, but the good news for trophy hunters is that there are only six trophies which require online play. Everything else can be done solo! And yes, you can You can play online or in couch co-op, which is always a nice set of options to have.

As was the case during its original release, you can expect the same creative and colorful language for this PlayStation 4 version. But if you don’t like that type of language, you can dial it back in the options menu. Same goes for the game’s gore in case you’re someone who doesn’t like it! 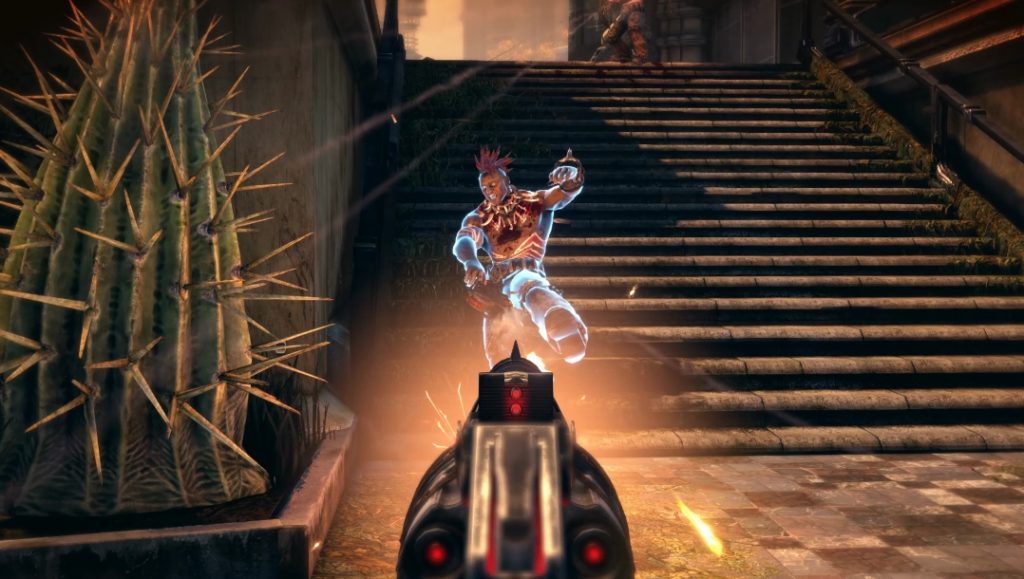 The game is a very fun shooter, which encourages you to be very creative in the way you kill your enemies. One of the core mechanics is skillshots. There are well over 100 skillshots to earn, and the more you use, the more fire modes, upgrades and ammo clips you’ll be able to get for your character. Sure, you can earn points for vanilla kills, but if you’re creative, you will be greatly rewarded. Thus, during the entire campaign, you’ll be focusing on scoring as high as possible by being as creative as possible. 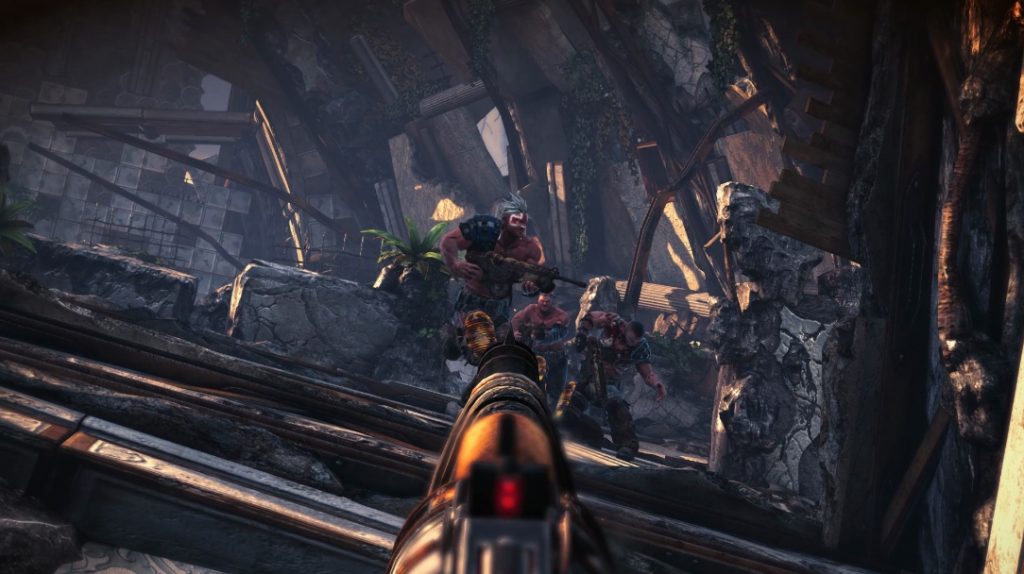 Another mechanic is the leash you will acquire at the end of the prologue chapter. You can use the leash to pull objects out of the way, or to launch enemies into the air to achieve some cool skillshots. You can also use it to, say, chuck a propane tank to a group of enemies to blow them up for some bonus points.

You have a huge arsenal of weapons to unlock: shotguns, rocket launchers, flail guns and a ton more which can do some serious damage to your enemies. One of the features I liked was the slow motion effect while you tear up your enemies into pieces. 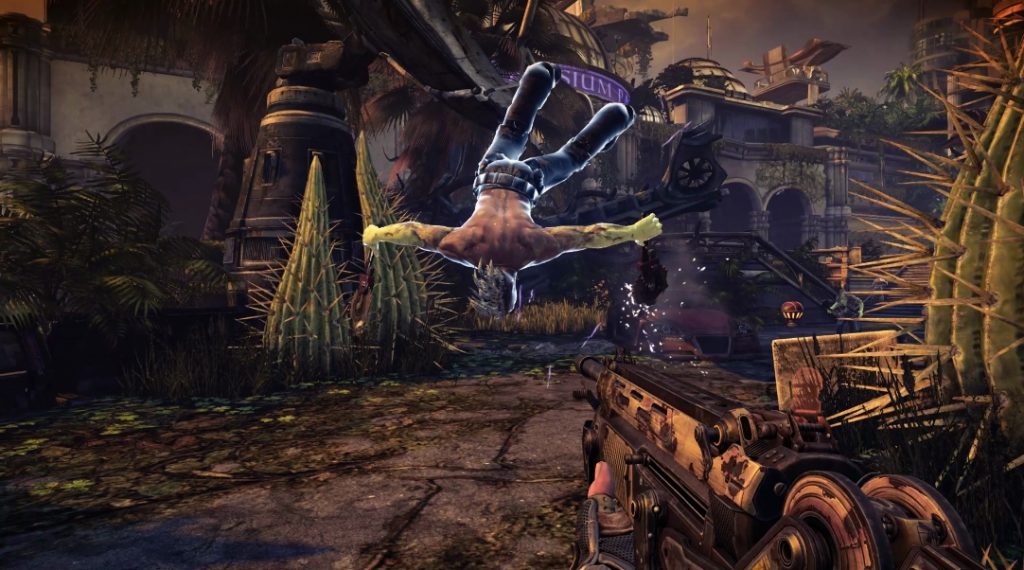 If you want more bloody thirsty deaths, then you could always try out the Echo mode which divides up the campaign into chunks that have leaderboards attached to them. Once you’re in, you can murder your way into the leaderboards to try and claim the top spot.

With the different difficulty settings available, the boost in graphics, polygon count, resolution and framerate, not to mention having all DCL rolled into a single release, Bulletstorm: Full Clip Edition is a must-have for fans of FPS shooters who are looking for a game with a ton of content and plenty of mindless fun to be had. It is a challenging release that is meant to be challenging, and one that will reward creativity as well. 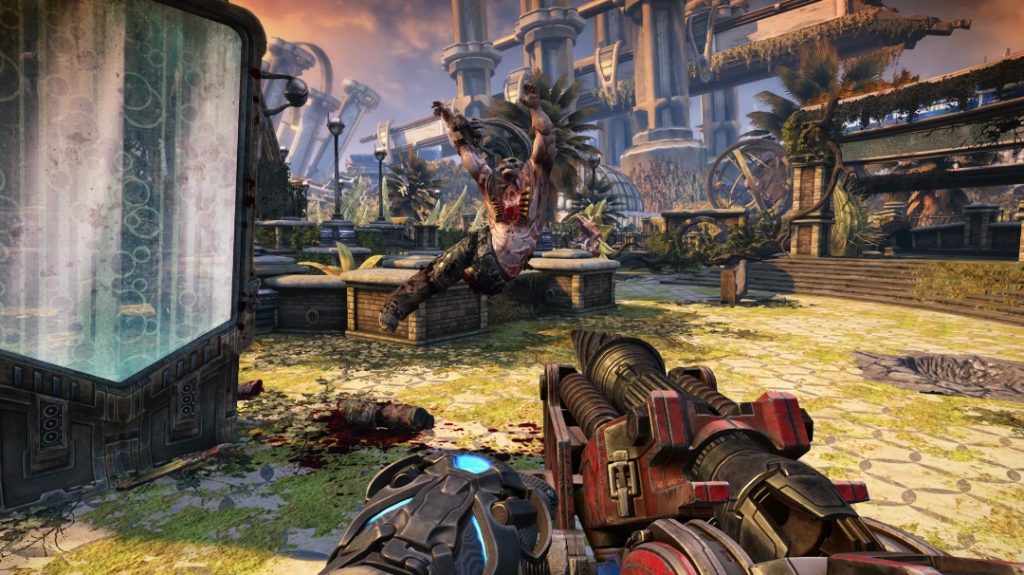 Disclaimer
This Bulletstorm: Full Clip Edition review is based on a PS4 copy provided by Gearbox Publishing.