Blackwood Crossing is a story-heavy supernatural tale about the relationship between Scarlett and her little brother Finn. Scarlett appears on a train out of nowhere with no idea how she got there. What is going on? Why is she on that train? Where is Finn? Come read our Blackwood Crossing to learn more about this interesting PS4 release!


The core gameplay mechanic of this game is exploration. You’ll make your way through each of the locations in Blackwood Crossing searching for clues and collectibles that can help you understand what is really going on. This is all done from a first-person perspective.

Your first taste of gameplay will be thanks to an interaction with Finn where you get to play a game of Simon Says. As expected, you need to do exactly what Finn says to be able to complete your first puzzle in the game. This short section serves as the game’s tutorial, giving you a chance to try the controls and to learn the basics of the game.

You can move around with the left analog stick and look around with the right analog stick. You will learn about how to interact with objects with the X and Circle buttons. You’ll get a to scroll through your inventory with the Triangle button. You’ll also use the trigger buttons for… something that I don’t want to spoil here! 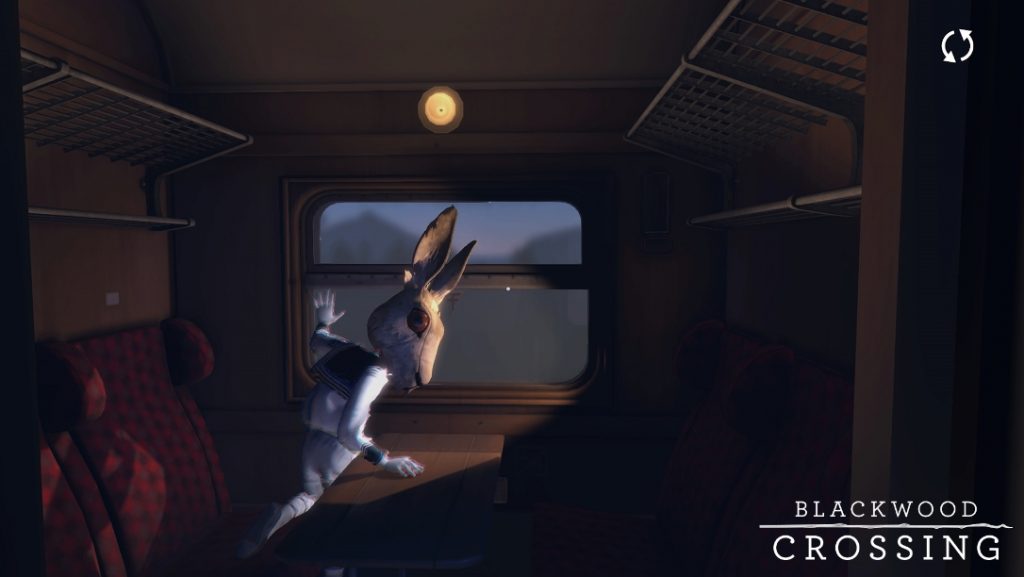 Everything seems to be nothing but fun and games until you find a kid wearing a weird rabbit mask. It is then that things take a turn for the bizarre. You’ll find people wearing peculiar masks and some eerie conversations taking place, and it will be up to you to find the solution to each puzzle.

You might think that two kids riding on a train would be kind boring for a game, but that statement couldn’t be further from the truth! As I said, this is a supernatural story, so there’s certainly more than meets the eye. Once you get started the game’s story will have you playing until the end. I was hooked within minutes! 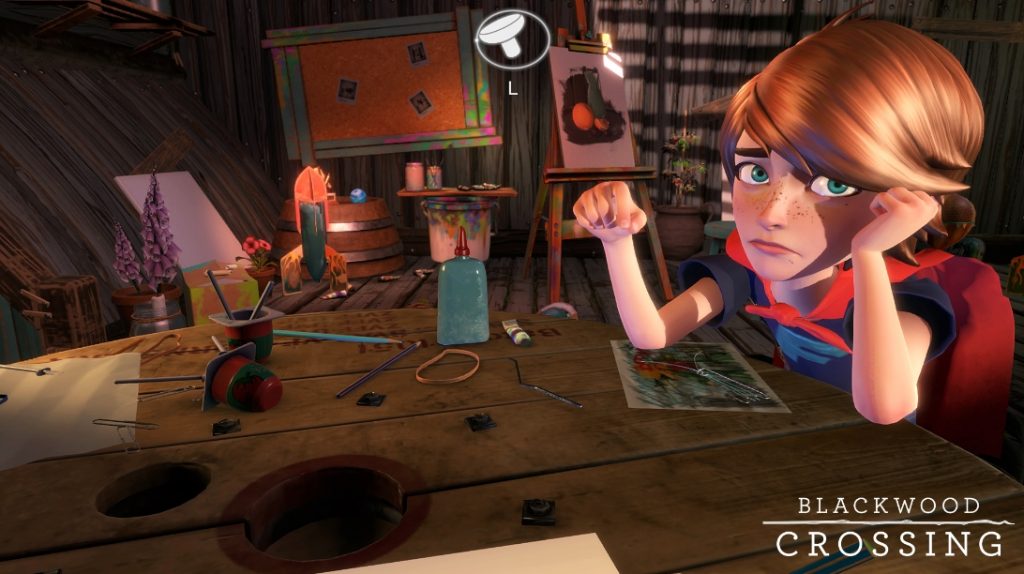 Doing a review for an adventure game is always hard since talking about a puzzle or two might be considering spoiler territory. I therefore won’t be talking directly about the puzzles you’ll find in the game, but I will say they were fun to solve and helped me learn more about the characters in the game.

As for fellow trophy hunters, this is what you wanted to hear: Blackwood Crossing includes a Platinum trophy! You’d technically need to do two runs to be able to get all trophies in the game, but if you make good use of the game’s autosave feature, you will be able to unlock a pair of trophies that would force you to do two runs. There are trophies related to the game’s story which are unmissable. There are also trophies for collectibles for which you’ll need to find the stuffed rabbits in the game as well as some posters that parody several movies. 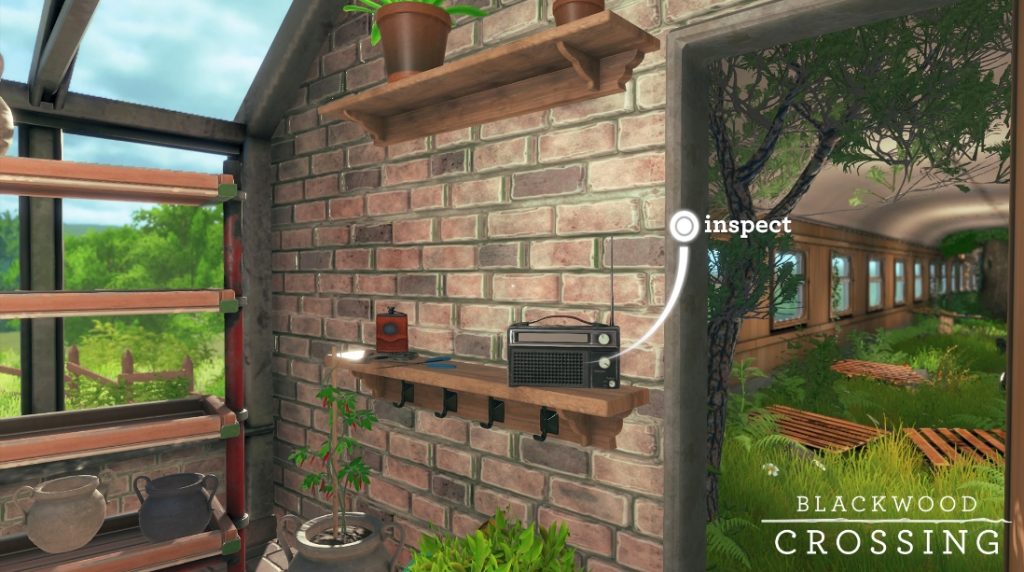 Blackwood Crossing is a fantastic game with very polished graphics, and an interesting story. It might be a short game which can be completed in around three hours or so, but it’s a fun ride from start to finish. I loved how Scarlett interacted with her little brother, not to mention her reactions to what was going on at each location. I don’t want to spoil the game for you, so all I’ll say is that if you’re an adventure fan, you have to give this one a go. 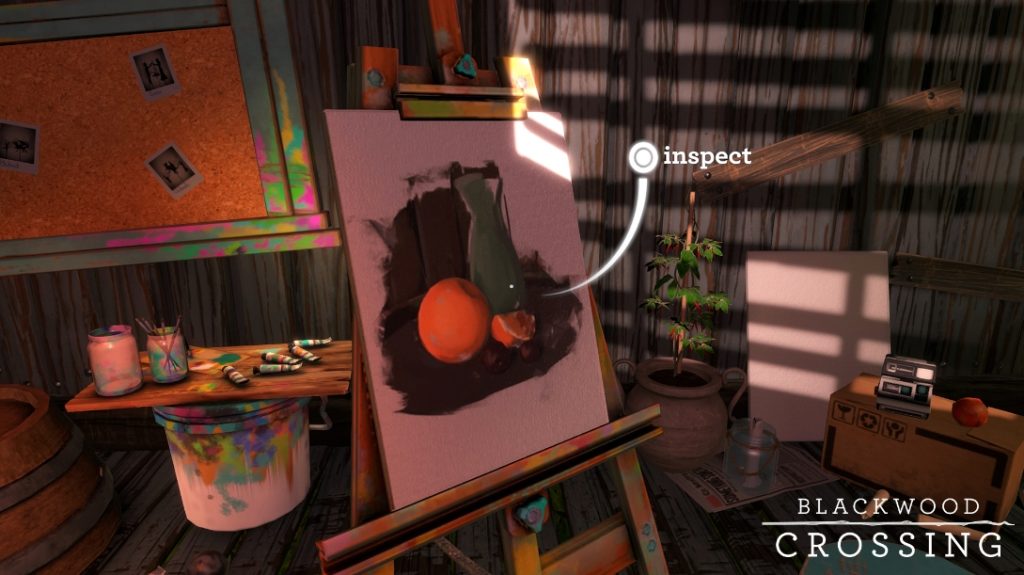 Disclaimer
This Blackwood Crossing review is based on a PS4 copy provided by PaperSeven.

[Review Revisited] Game of Thrones: The Sword in the Darkness