Aaero from developer Mad Fellows and publisher Reverb Triple XP is a music rhythm release that is easy to play but hard to master. You control a ship that flies around collecting points from patterns in each song you play as you dodge nasty enemies and attacks. Want to learn more? Then read our Aaero review!

The game has a Tutorial you can access from the main menu. A video is first reproduced to will teach you how to control the game and score big. You move your ship around with left analog stick, and are asked to trace each sequence from start to finish. The better you do, the better your score. After the video, you can give it a try and see how good you can do for this short tutorial. Ribbons begin at the outside edges, and you will need to replay some levels here and there as you learn each pattern. The second command is for attacking enemies, first by aiming a reticle with the right analog stick so that you can then press the R2 button to fire. You can lock onto up to 8 targets before you fire, so do keep that in mind! 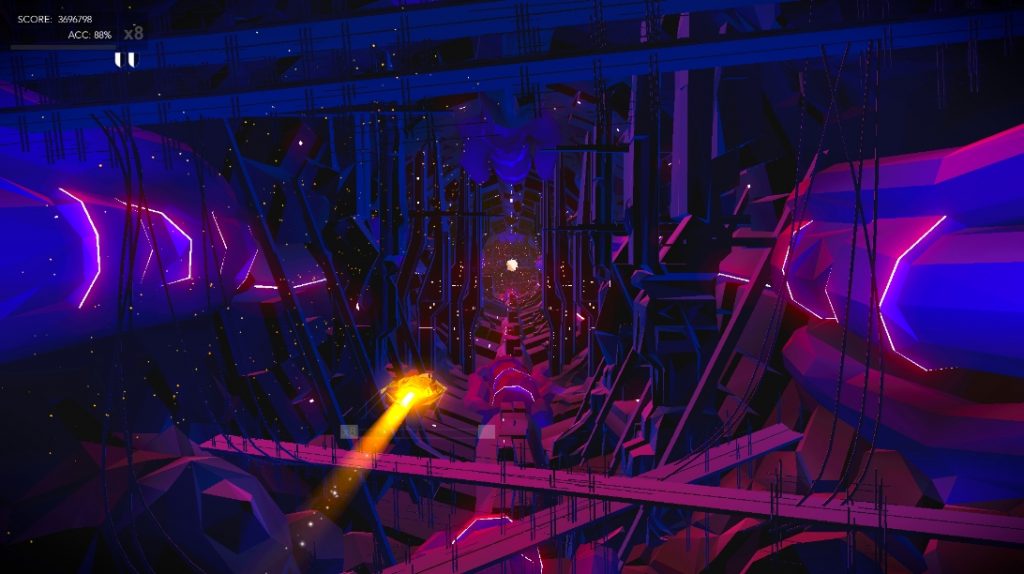 After the short tutorial, you’re ready to take on all songs in the game on Normal. This is the base difficulty setting, and it will prove enough of a challenge for newcomers and experienced gamers alike. You need to collect stars in each song to bump your total, so the better you do in a song, the more stars you’ll get. The maximum is five stars for each song, and you need at least 54 stars to unlock all songs in the game. As you play each stage, you might spot red circles at specific spots in a song. These are the game’s secrets, and to collect them, you have to use your aiming reticle to lock on and shoot them. 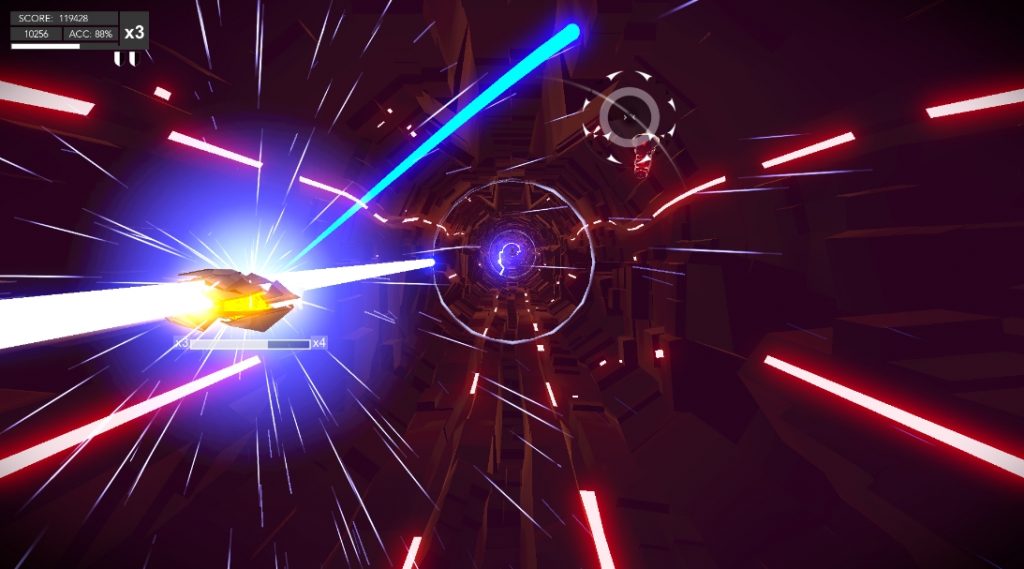 The song selection in Aaero is varied and upbeat, which is certainly a must for a rhythm game. Songs are provided by big acts in the EDM scene such as Noisia, Flux Pavilion, Katy B, Neosignal, Astronaut and Barely Alive, and they certainly fit the sci-fi rhythm game/shooter action. There are fifteen levels in total, and each one will keep you coming back for more until you perfect them.

The songs are the backbone of the game, and you can really feel this during the boss battles you will engage in. You’ll fight massive and deadly bosses that will tests your skills as you try to defeat them without skipping a beat. The bosses are certainly a highlight of the game and something I wish there were more of in this release. 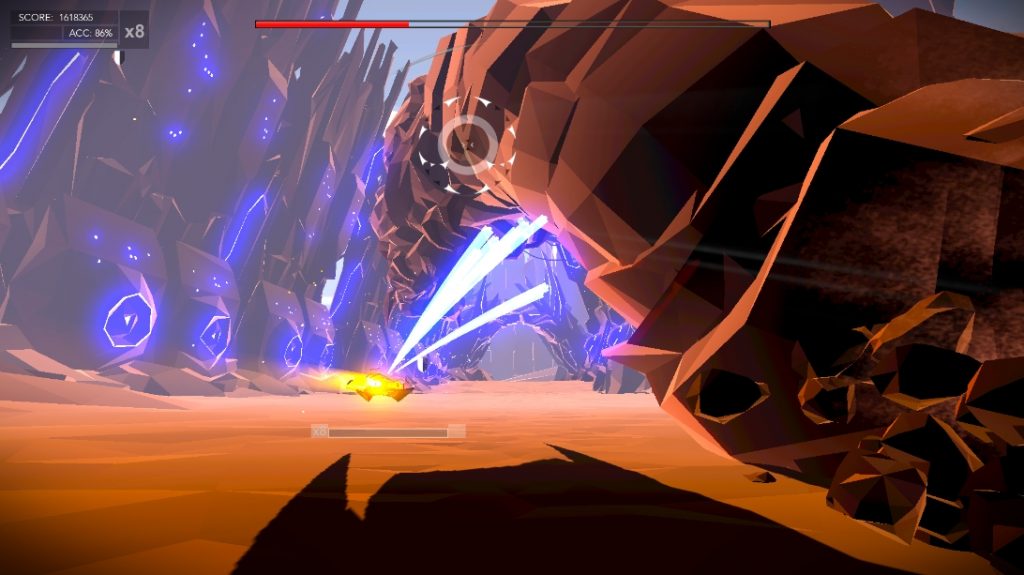 The game includes a full trophy list with a Platinum trophy. This being a rhythm game, you can expect that most trophies ask that you complete tracks in several difficulty settings, as well as that you get a ton of stars through each of the game’s three difficulty settings. Oh, and there’s also trophies for finding the secrets hidden in the game. You’re looking at 15+ hours with the game depending on your skill level if you want that Platinum in your collection. Are you good enough to get the Platinum trophy? 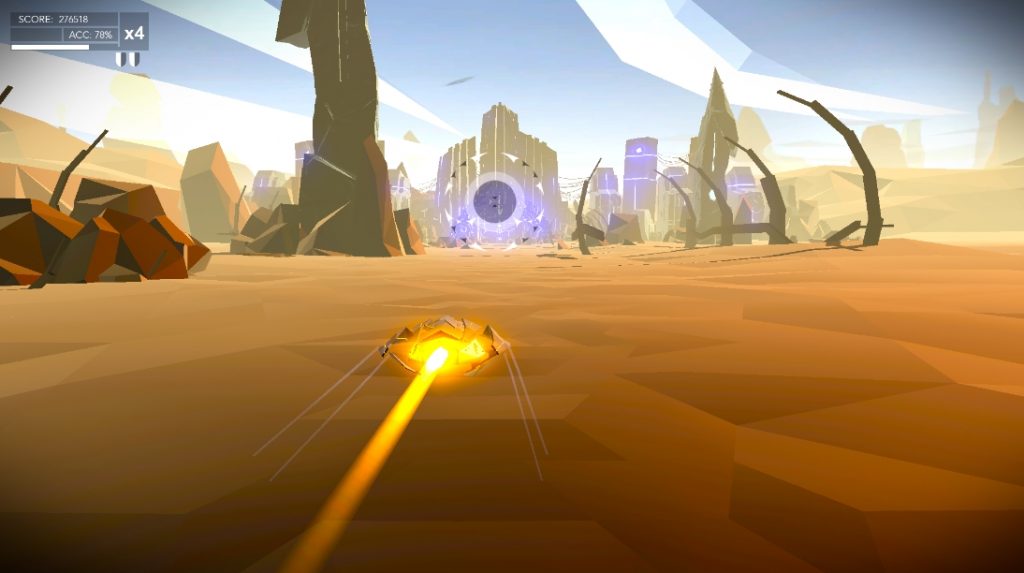 Aaero is a very fun and challenging music rhythm/shooter with a good song selection on PS4. There’s plenty of content in here, especially if you aim at getting the platinum trophy since that means playing all songs at least three times – not to mention extra plays if you missed each song’s secrets! There’s a learning curve for this game due to how it handles its rhythm sections, but once you get the hang of things, you’ll be in the zone and hitting 80%+ accuracy with no problem. So if you’re looking for a fun rhythm game with solid gameplay mechanics, you should definitely add Aeero to your PS4 collection. 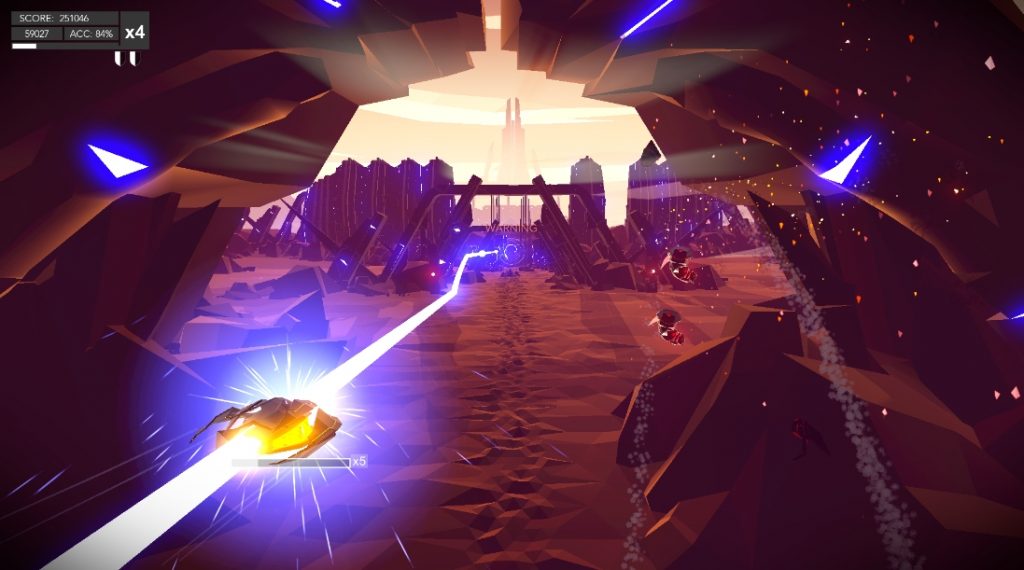 Disclaimer
This Aaero review is based on a PS4 copy provided by Reverb Triple XP.

Marvel vs. Capcom: Infinite Out This September

Eventide: Slavic Fable Out On PS4