KAMIKO from SKIPMORE, Fly High Works and Circle Entertainment is a game in which you fight as the titular priestesses as you take on deadly demons. The game takes inspiration from old-school games in The Legend of Zelda series to give us a game styled around Japanese Shinto beliefs. Want to learn more? Then come read our KAMIKO review!


As you start the game you will be able to select between three priestesses. Yamato has been blessed with a large sword called the Blade of Kusanagi she can use to attack at close range. Uzume uses the Magatama of Yasanaki as arrowheads to attack from long distance to keep her safe from foes. Hinome uses the Mirror of Yata which can be thrown like a boomerang to attack from mid-range – she also has a dagger to attack in close range if needed.

You are called to the land of the dead to vanquish the demons before they take over and end up leading humans down the path of destruction. You must act quickly and defeat all demons on your path in order to purify the land. Reach the top of the mountain to liberate the game and bring peace to the land. Are you up for the challenge? 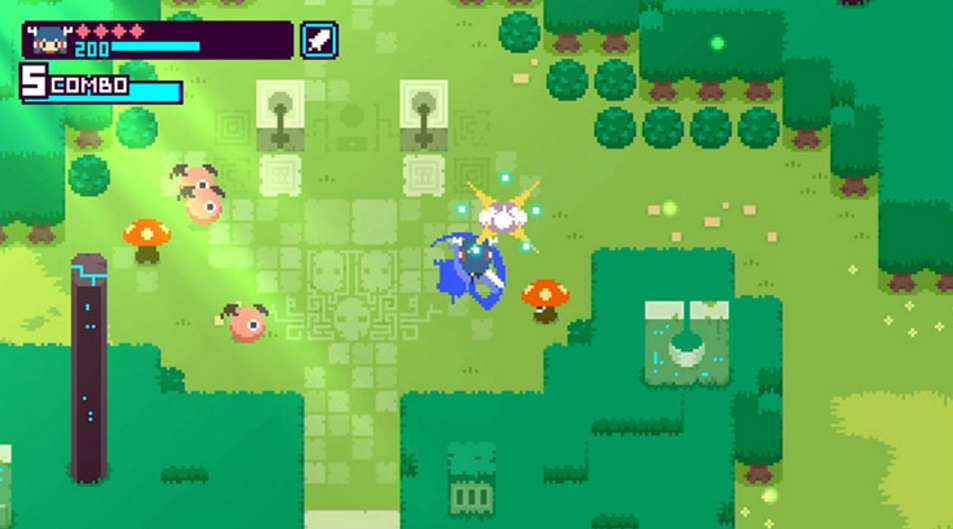 Controls are very simple. You move around with the left analog stick or the D-Pad, and can attack with the Y or A button. If you have SP at or above 50, you can hold down either attack button to shine and unleash a special attack. You can also dash with the B, L, R, ZL or ZR buttons if you need to move faster – this is helpful when you need to put some distance between yourself and your enemies. 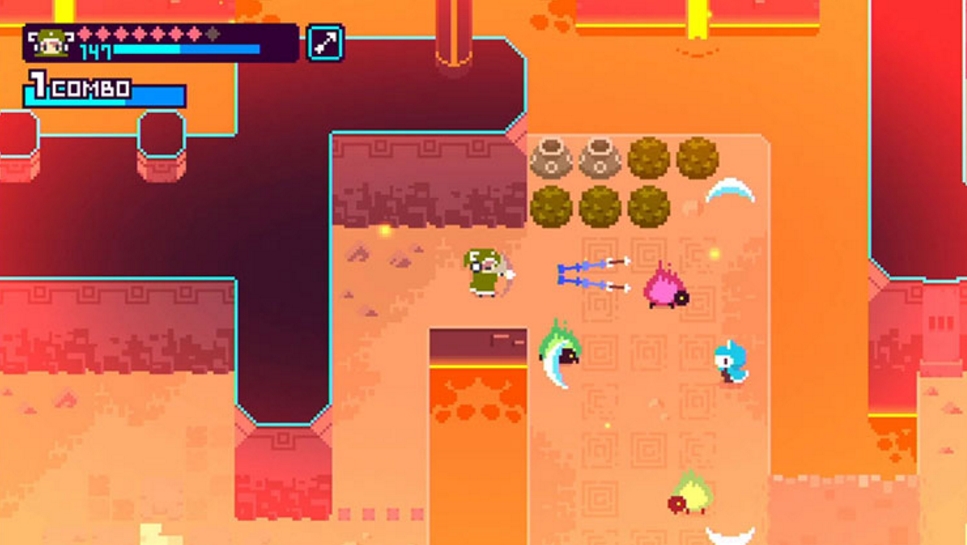 As you attack a combo meter will show up. You have a short window for attacking a new enemy before the bar is depleted and your combo is broken. The higher your combo, the more SP you will get from the enemies you defeat. SP is very important since on top of being used for unleashing a special attack it is also used to open treasure chests and to unlock the gates you will find on your journey. You must open all gates in a stage before you can reach the boss area. 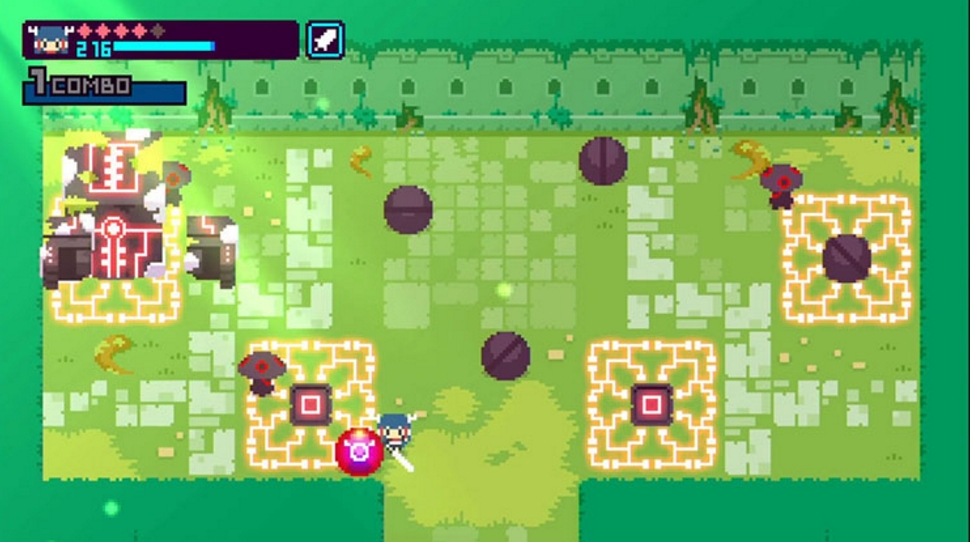 Every time you purify a gate the game will save your progress – you can also use purifies gates to save at any time once you’ve liberated them. Enemies in each area respawn quickly so that can always have a fresh batch of foes to combo up so that you can have enough SP for purify gates, open chests and unleash special attacks.

During your short adventure you’ll find upgrades to your SP total as well as upgrades to your HP total. Between those, you’ll be madly cutting down bushes and breaking jars to try and find health crystals to recover your wounds. Since your health is not recovered between stages, you should always run towards bushes as soon as you enter a new are so that you can always be as close to fully healed as possible. On that note, if you’re already fully healed, don’t cut down any bushes! Otherwise you might run out of bushes to cut down for potential health crystals when you really need them. 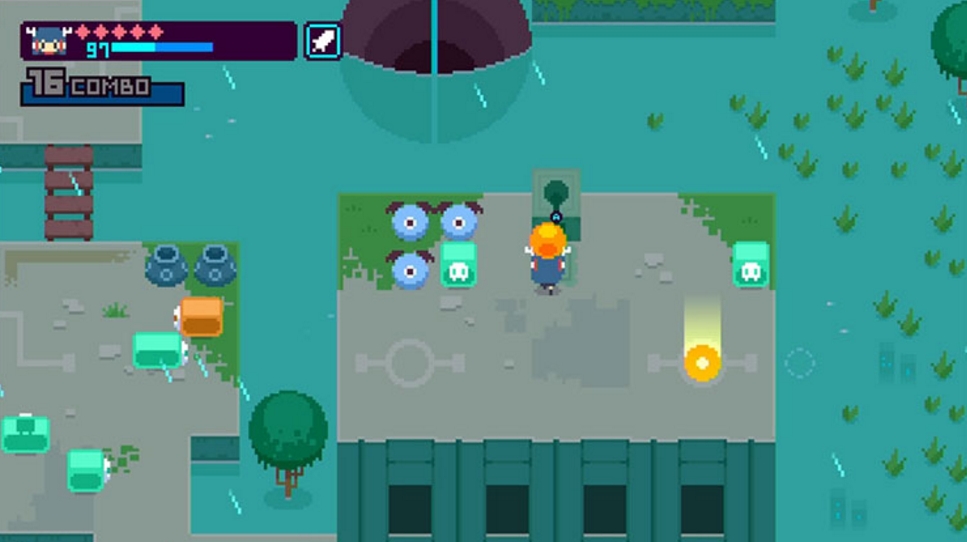 The game’s stages are very colorful and varied. The first one features a lush green forest with deadly enemies out to get you, and you must find some secret passages to reach all the areas and switches required to open the way. The second stage is set in a sunken city where everything is in ruins, so there aren’t many roads available for you to travel. You will need to find a way to make some of the water go away so that you can open the way to the shrines in the city. 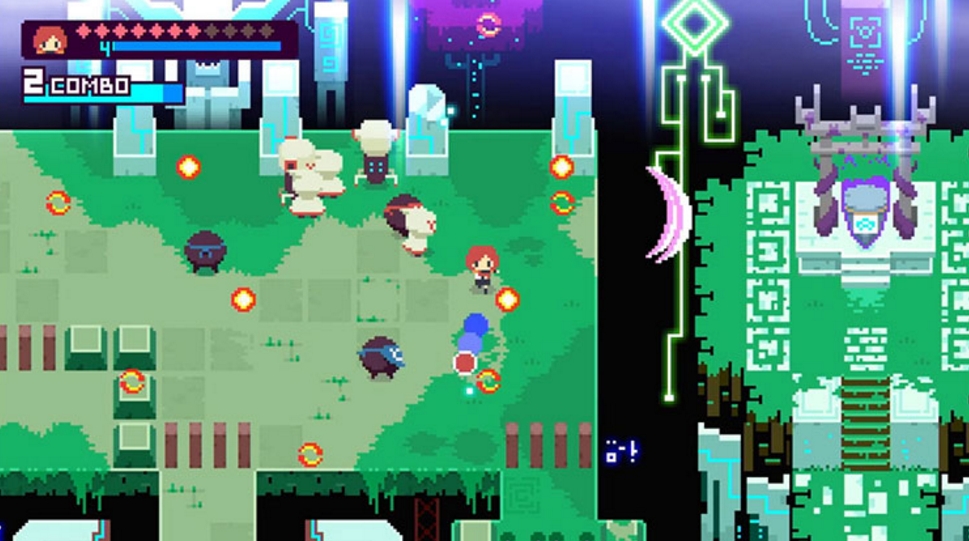 KAMIKO is a short but fun Nintendo Switch release. A single run can take as little as 30 minutes to complete, and once you’re done you can do it all over again with a different character. Three complete runs will therefore take less than 2 hours, but it’s a very entertaining ride while it lasts. The game is only $4.99 and its gameplay, music and graphics make it well worth the price of admission. There’s also some extra secrets to find in this adventure, not to mention that the game will record your time for each character so that you can aim to speedrun the game. And perhaps something good will happen when you complete the game with all three characters…

Disclaimer
This KAMIKO review is based on a Nintendo Switch copy provided by Circle Entertainment.

Little Nightmares Out Today On PS4