Human Resource Machine is one of three games that Tomorrow Corporation has ported to the Nintendo Switch during its launch window. The game’s premise is to showcase some light programming to show players how things are to be done. Read our Human Resource Machine to learn more about this clever game!


The game on Nintendo Switch can either be controlled by using nothing but the console’s touchscreen, or you can use the Joy-Con as a pointer. This last option is very accurate and easy to activate since you just need to remove a Joy-Con from the console, put it on a flat surface, and then point it at the middle of the screen and press the – or + button to mark it as the middle of the screen. I played half the game with the pointer controls and half with the touchscreen, and they’re both equally perfect for this one.

Human Resource Machine begins with a couple of simple puzzles to solve before the game starts to add more and more elements and requirements into the mix. You are given some commands on the right side of the screen and need to add them to a simple script you write to complete tasks. For example, you’re asked to deliver the items from the inbox to the outbox. So if there’s, say, three items that need to be taken to the outbox, you’d need to place one inbox command followed by an outbox command and repeat the same pair of commands another two times to succeed. 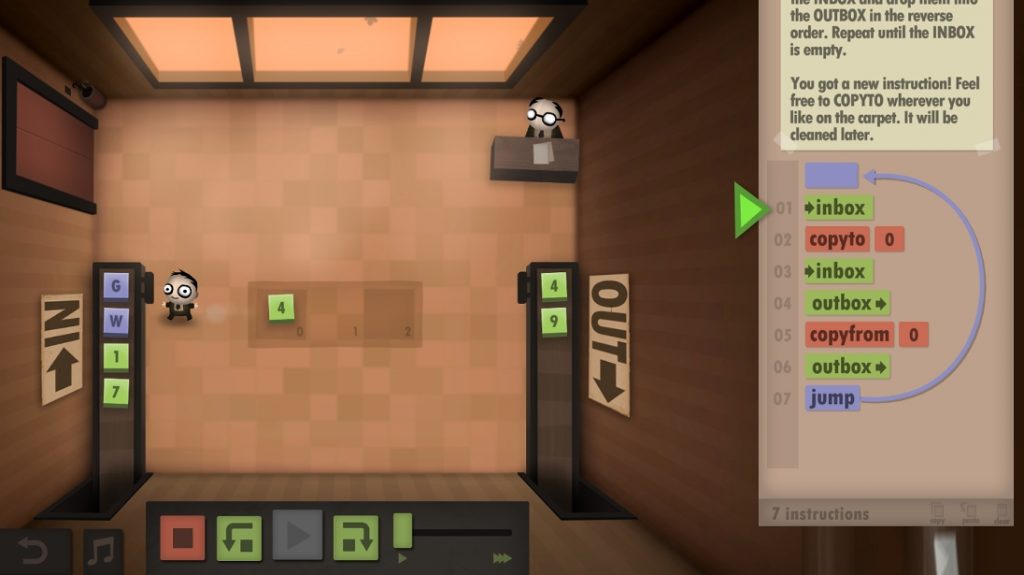 This is the game at its most basic, but the difficulty quickly ramps up. You’ll gain access to new commands such as the Jump command which will allow you to create loops. Or the add command which can be used to add values as needed. Then there’s the copyto and copyfrom commands which make it easier to grab a value, copy it to a specific location and then eventually copy from that or another location depending on what your goal is. There’s still several other commands you’ll be given access to as you progress in the game, but part of the fun is finding them on your own and putting them to good use. 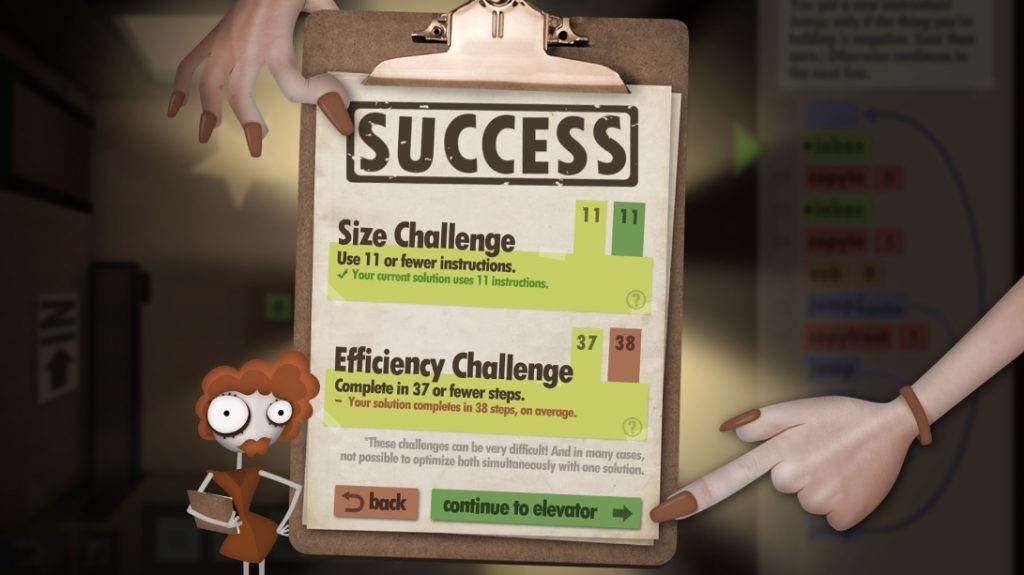 After a handful of levels, you’ll sorta begin to be graded based on your performance. These are called challenges by the game, and they ask that you complete each subsequent level within a specific limit of total commands as well as how fast you are when completing a stage (based on the total number of commands executed). You’ll then be able to try and see if you can also complete the challenges for stages you had previously completed to see if you’re as good as you think you are. You won’t need to complete both challenges at once, so you can certainly focus on one to then go back to edit your code as needed to trigger the requirement for the other… but you CAN indeed complete both challenges for a level with a single solution. Can you find it? 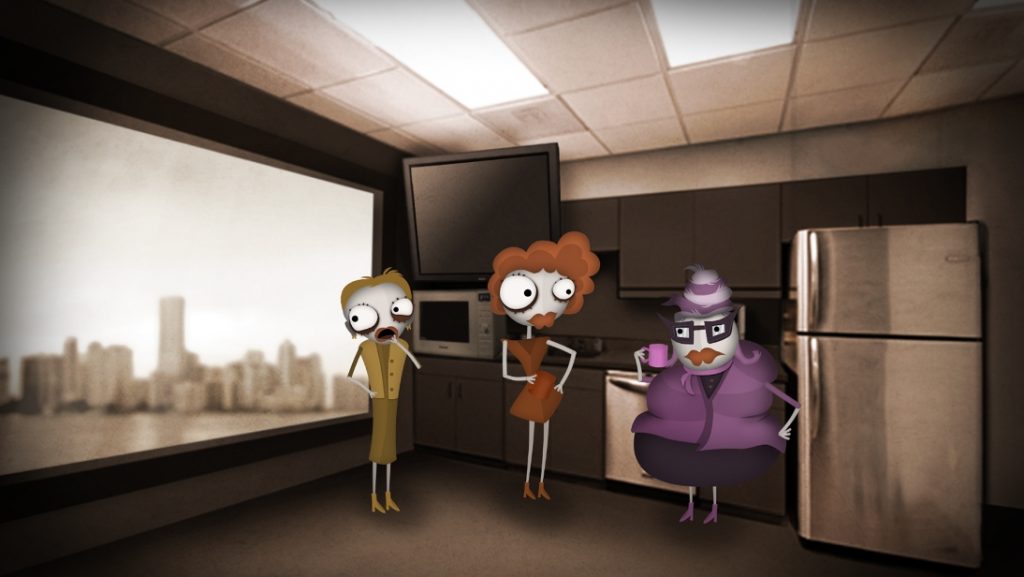 Human Resource Machine is certainly a fun Nintendo Switch puzzle game with several hours of content. If you’re really into programming, then your mileage might vary, and you might be able to complete the game faster. But in the end, for someone like me with zero programming skills, creating a script I then needed to test and debug as needed was a very entertaining experience. 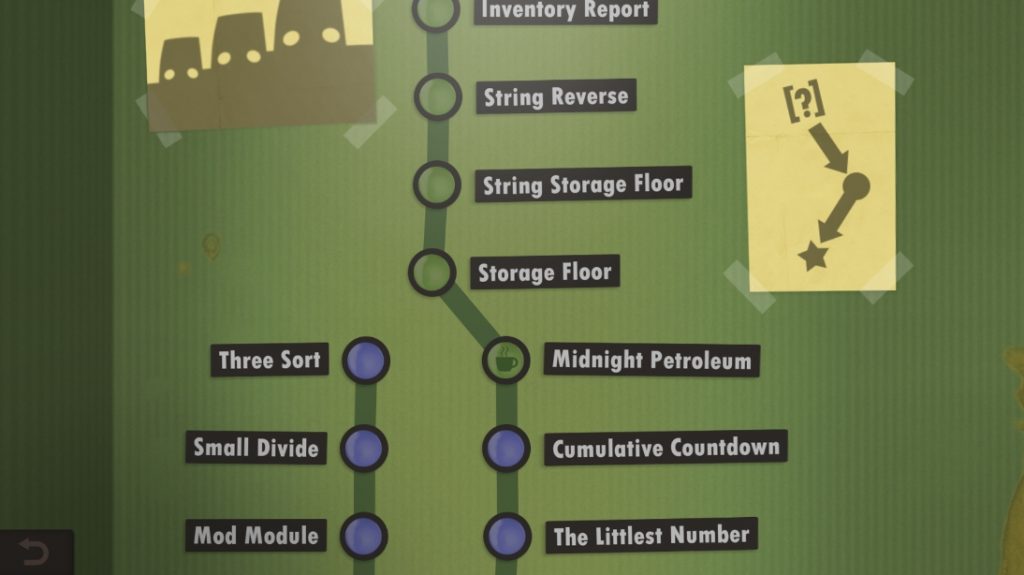 Disclaimer
This Human Resource Machine review is based on a Nintendo Switch version provided by Tomorrow Corporation.

Marvel’s Guardians of the Galaxy: The Telltale Series Out On April 18