SEGA got in touch with us to announce that they’ll be releasing Valkyria Revolution for PlayStation 4 and PS Vita this June! The game will be out in the Americas on June 27, while Europe will get to enjoy the game on June 30.

To celebrate, we have a teaser trailer for you! And don’t forget to click after the break to learn more about the Vanargand Edition for the PS4 version of the game. 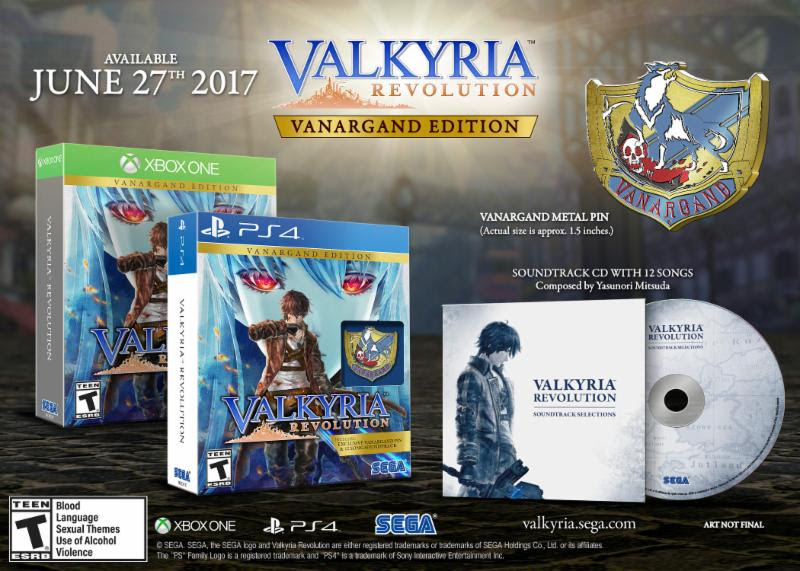 The Valkyria Revolution Vanargand Edition, named after an in-game specialized unit, will include:

The Vanargand Edition is exclusive to the Americas and will be available for all who pre-order a physical copy of the game, as well as for some of the physical copies on launch day. Those of you in Europe won’t be getting this, but will get the 12-track disc if you pre-order.

A Brush with Death – Turning the tide of battle in Valkyria Revolution is Brunhilde, an ancient and powerful Valkyria, a fearsome being with near limitless power. She’s bound by oath to the enemy forces, and players will have to discover how to defeat the incarnation of death itself.

Prepare for Battle – Valkyria Revolution has a brand new battle system that mixes real-time combat and tactical strategy. Players can take control of the battlefield using brazen combos or cunning tactics. Finding a balance between them is the key to excelling in skirmishes.

The Ingenuity of War – Through adversity comes great engineering, and with a besieged homeland, players will be able to upgrade their existing weapons through branching customization paths with ragnite.

A New Painterly Look – Valkyria Revolution has a refined look thanks to the new GOUACHE rendering engine, giving the graphics a unique canvas texture.

Classic Composer – Valkyria Revolution has a vibrant and dramatic soundtrack by the incredibly talented composer Yasunori Mitsuda, who is known for his work on Chrono Trigger and Stella Glow. 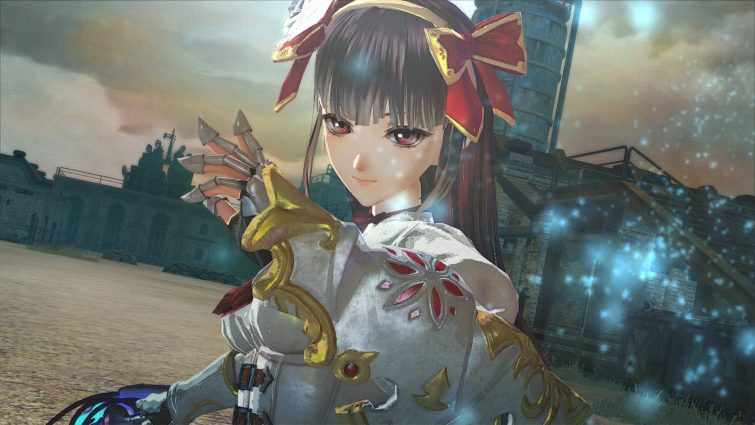 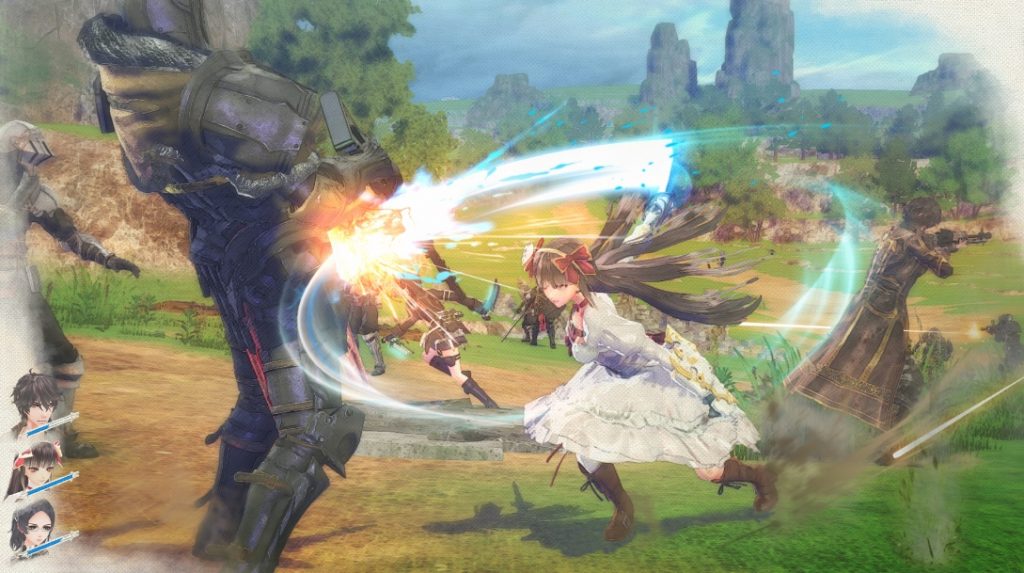 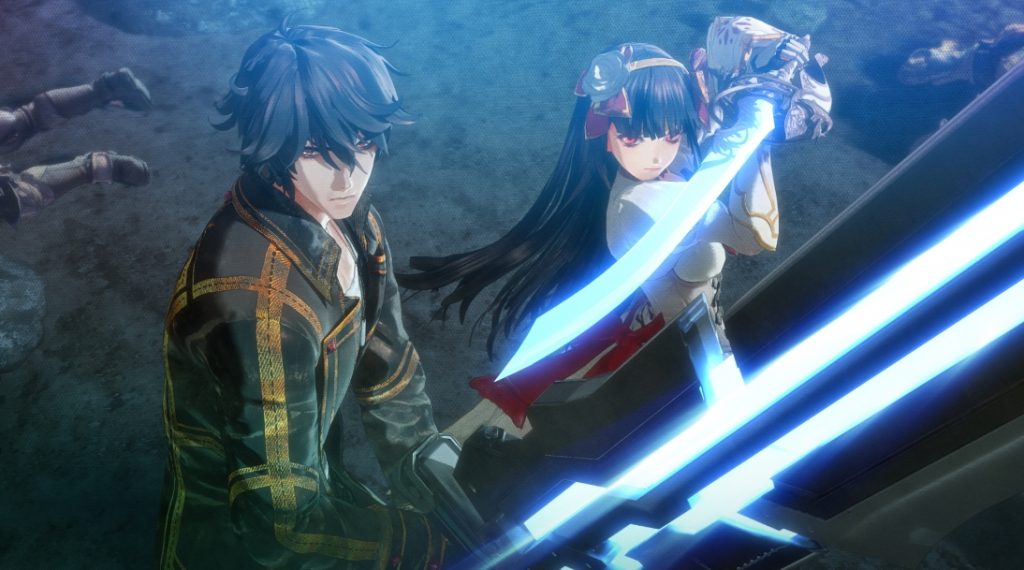