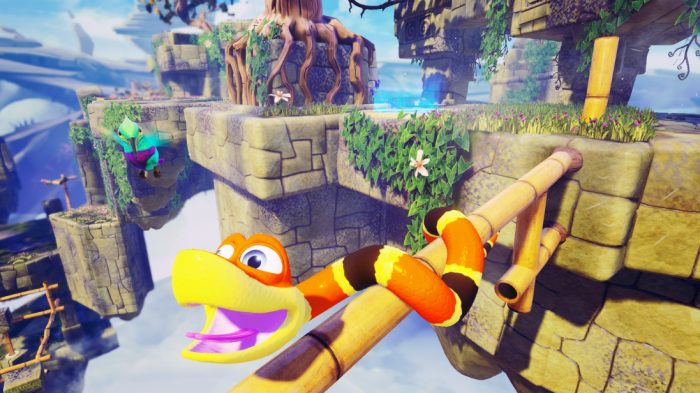 We’re currently playing Snake Pass for a review (that will be going live tomorrow!), so we got in touch with Sumo Digital to talk about the game’s development and release for Sony’s PlayStation 4.

PS4Blog: Hi! Thank you for joining us at PS4blog.net. Would you mind introducing yourself to our readers?

Hi! My name is Brad and I am one of the Design Leads on Snake Pass here at Sumo Digital.

PS4B: Snake Pass is finally available on PlayStation 4. What can you tell us about this game? What makes its snake tick?

Snake Pass is a physics-based, puzzle-platform game where you take control of Noodle the snake. What makes this unique is that, as a snake, you don’t move around the level as perhaps a Bandicoot, Lombax or Raccoon might – you can’t jump, you can only slither! This means even moving forward is a completely new experience to get to grips with, so when you have to climb a thing, how do you even do that? Think like a snake!


PS4B: How long did it take the team to bring the game from concept to the final version we’re now playing? What were some of the challenges the team had to overcome during this time?

We’ve been working on Snake Pass for about 15 months in total. Some of that time was spent in pre-production – Seb created the first version for an internal Game Jam, which it won! From there we got to work on a public facing demo which we took to EGX Rezzed in London and the public loved it! Upon returning to the office we got straight to work turning it into the final game you see before you.

There have been lots of challenges along the way, from finding the look of the game to what kind of a world Noodle inhabits, should Noodle talk? Everything was carefully and painstakingly considered. 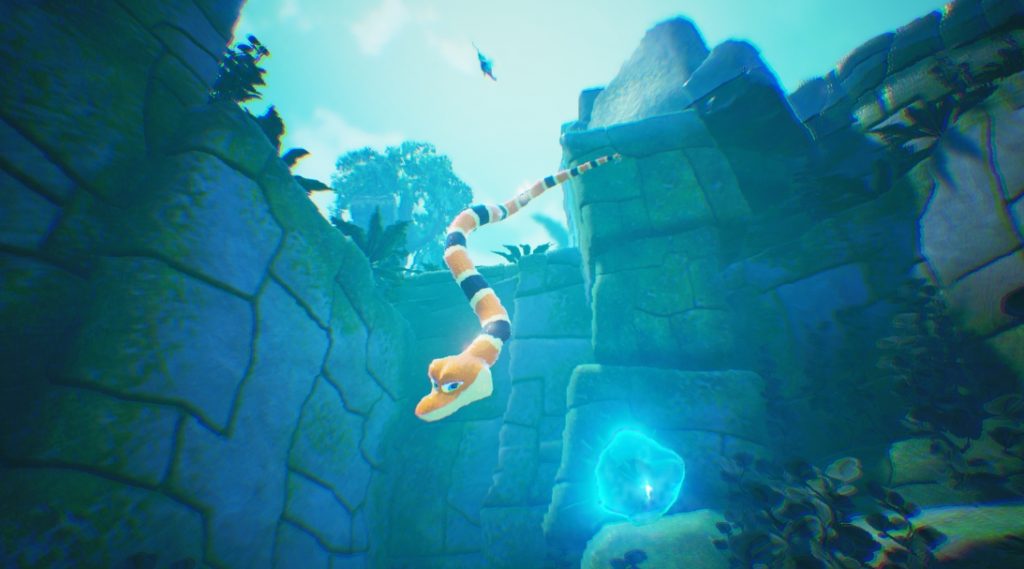 PS4B: Given the game’s nature, now that you’ve finished working on it, are you considering any additional content for the game to be made available either as free or paid DLC? Level packs would certainly be something we’d like to get on PS4!

We’re all catching our breath right now, but as soon as that changes we’ll be sure to let everyone know! 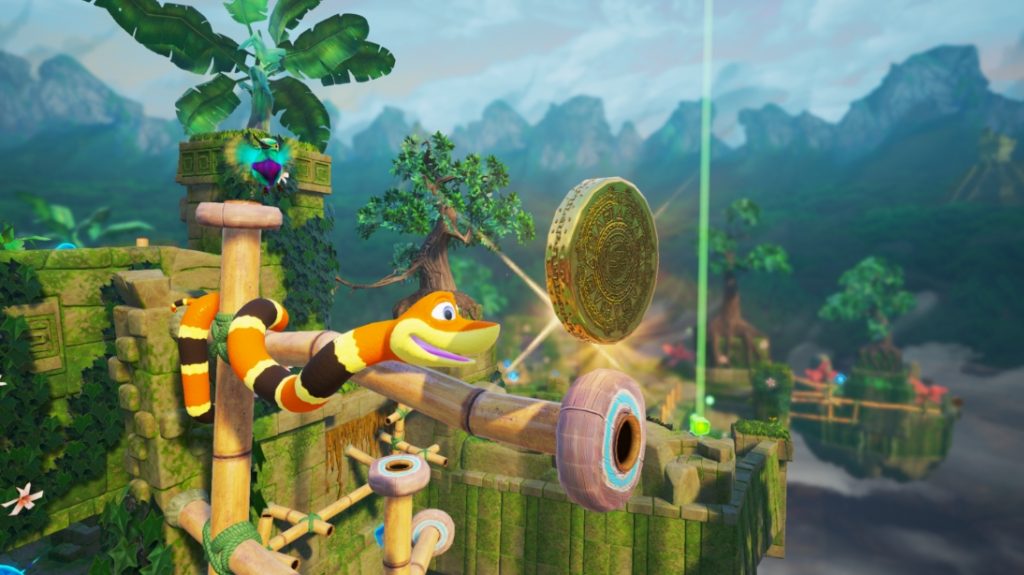 PS4B: Once again, thank you for your time. Is there something else you’d like to say before we go?

Thanks to everyone for playing – everyone who stopped by one of our many booths while we’ve been out on the road, and especially to everyone now playing at home. We hope you enjoy Snake Pass! 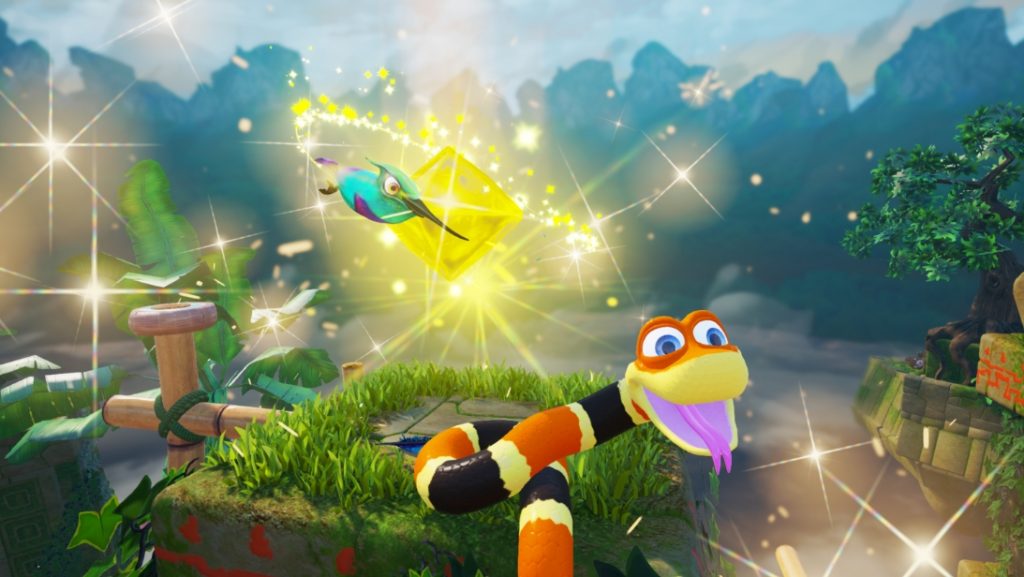 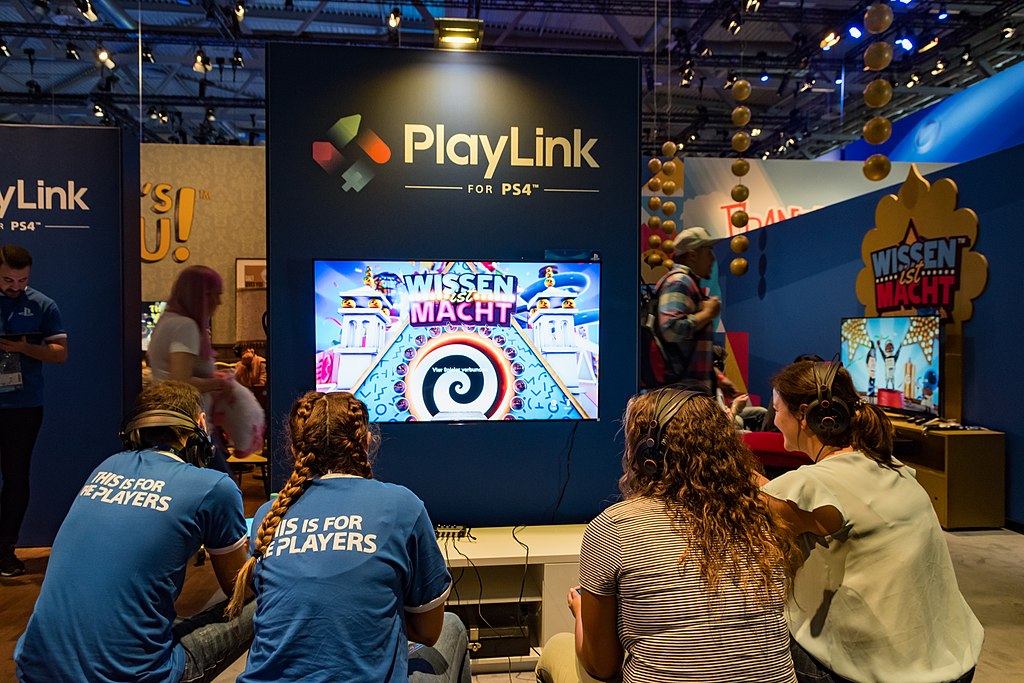 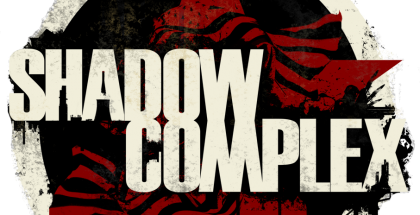