Siralim 2 is a direct sequel to Siralim, a game released on PlayStation 4 last year. As was the case for the prequel, Siralim 2 also supports the cross-buy feature so if you buy the game on PS4 or PS Vita you’ll receive the other at no extra cost. Siralim 2, just like the previous game, takes its inspiration from old-school RPGs. How does the sequel stack up to the original? Read our Siralim 2 review to find out!


The game follows story of you as the King or Queen of Siralim. As you being, you will have the option to choose your name and your gender. You can pick out your class from the five available options, and each one gives you a different starting monster companion. The available classes are:

– Chaos if you are a risk taker then this is the class for you.

– Death is a class for those who prefer strength in numbers as you will get two starting monster companions.

– Life increases your endurance, and your starting monster will provide defensive boosts, making it a pretty handy class

– Nature is a survivalists class, so if you are into survival skills, then this is the class you must try out.

– Sorcery is for those of you who love to cast spells. If spells and manipulation are your things, then this is the perfect class for that. 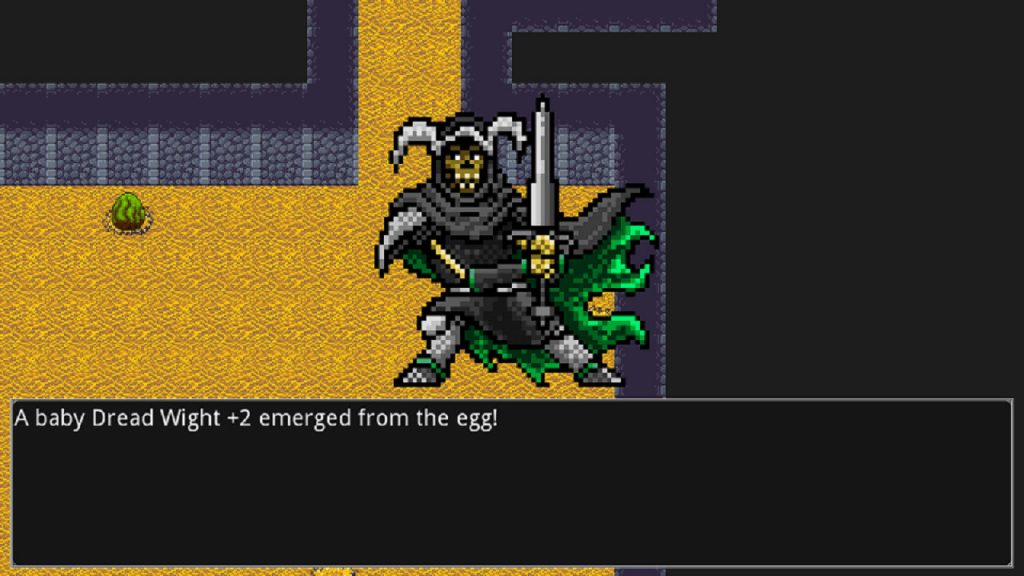 Once you have made your choices, the game will begin by telling you that Misery, a Demigod, has risen and is coming towards the kingdom of Siralim. Only you have the power needed to stop it in its tracks, but to achieve your lofty goal, you must first become more powerful. After this, the game will level with you, and a message will pop up on your screen warning you that the story is thin, because the gameplay is the focus of this release.

When you start out, you have one starting monster (or two if you go with Death). As you work your way through the dungeons and extract cores from enemies before defeating them, you will be able to spawn that enemy as your companion back at the castle. You can have a party of six monsters, and you can continue to extract cores from monsters to build yourself the best possible party to have a shot at defeating Misery.

You are going to be reaaaaaaaaaally spoiled for choice as there are around 500+ cores to extract! That gives you a lot of room for experimentation and tweak your party to your liking. Each monster has perks which can be useful, such as counter attacking for other party members, providing defensive boosts, poisoning the entire enemy party and more. Choosing the right party is very important as the bosses you will encounter are quite challenging.

If you die you will spawn back at the castle, and you can go back to other dungeon floors and level up some more before trying to beat a boss. Or perhaps you’d like to tweak your party a bit to find a better combination that can allow you to overcome the challenge at hand? A lot of trial and error and plenty of patience is needed, but persevere, and you shall overcome even the deadliest of bosses! 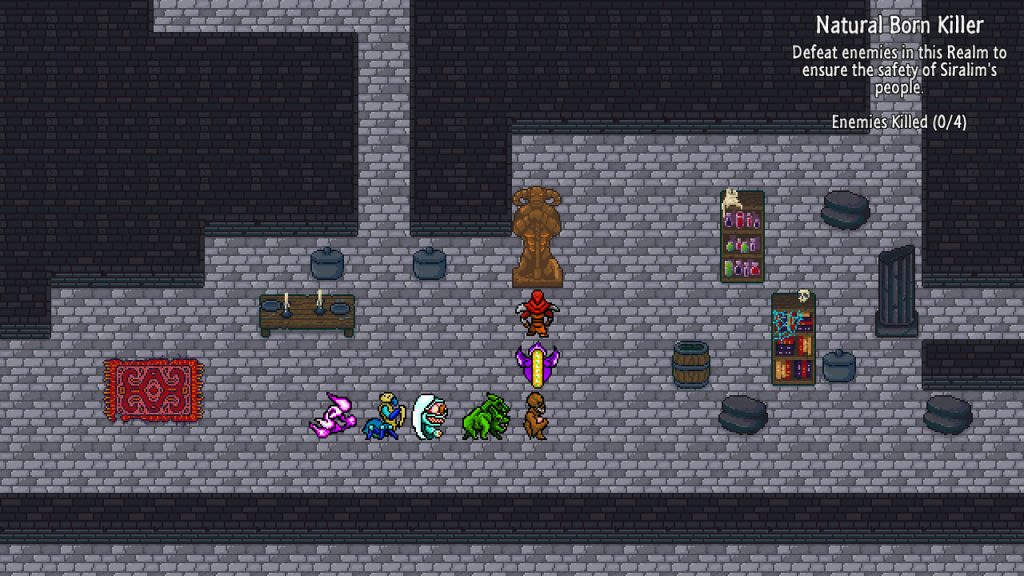 As you progress, you will be able to breed monsters and add them to your party, but the fusion is not a straightforward process. Instead, you need to find recipes to create completely new monsters. Without that, you will only end up with a stronger version of the pair you just fused. If you are aiming to collect every monster available, then it will be a very time consuming – but fun – optional quest.

Each dungeon floor is randomized, so no two are ever the same, which adds quite a bit to the replay value to the whole game. As you move around the dungeons, the map will autocomplete, allowing you to search for treasure chests while you try to avoid mimics. Yes, some of the chests are powerful mimics that can kill your party in a few hits if you’re not careful!

Each Dungeon realm has a god you must please in return for great rewards. Each god has a particular request for you, such as killing enemies or collecting specific stuff. The rewards for your actions could be spells or even a new companion, depending on the god you have to appease, so they’re definitely worth your time. 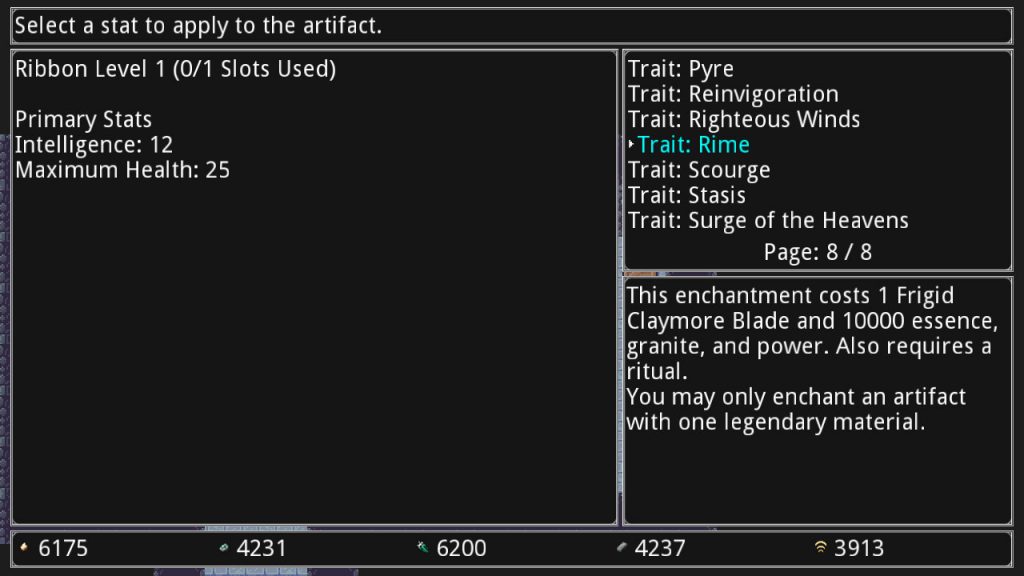 The game is quite challenging. Sure, it may seem easy at first, but once you progress a bit you will think differently. Luckily the gameplay is quite fluid and smooth. I’ve not found any issues at all. The controls are quite tight, and the menus are easy to navigate. There are no difficulty settings. So you can’t lower the difficulty when the going get’s tough… and it will get tough! 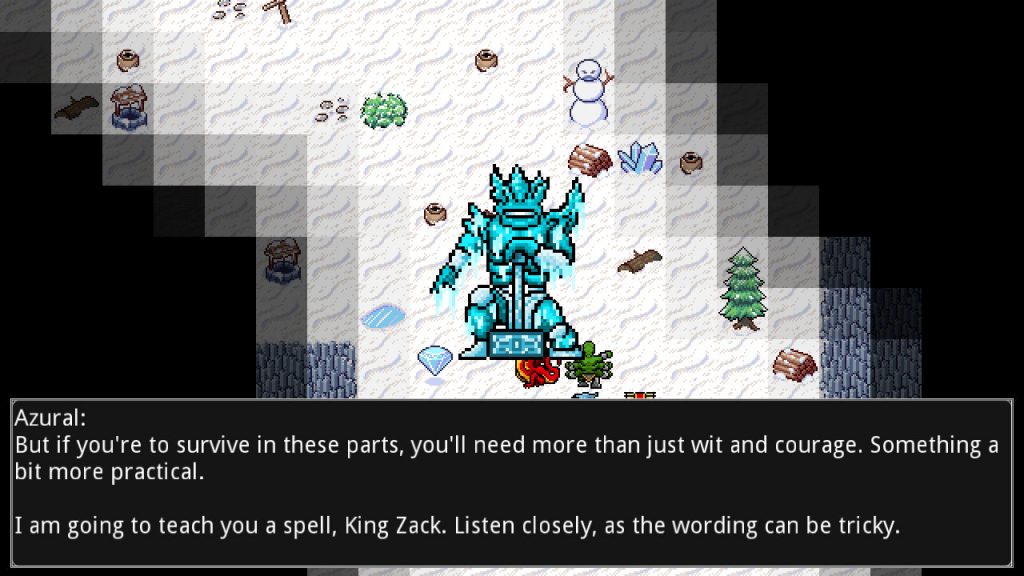 The only complaint I could have about the game is that it does not include a Platinum trophy, which is odd considering all the things you can do in the game! There are 11 Bronze, 2 Silver and 1 Gold trophy in the game, and most of the trophies are related to defeating bosses, and there are quite a few of them in the game. Other than that, Siralim 2 is definitely worth the asking price, and it will provide dozens of hours of entertainment for you on PS4 or PS Vita. 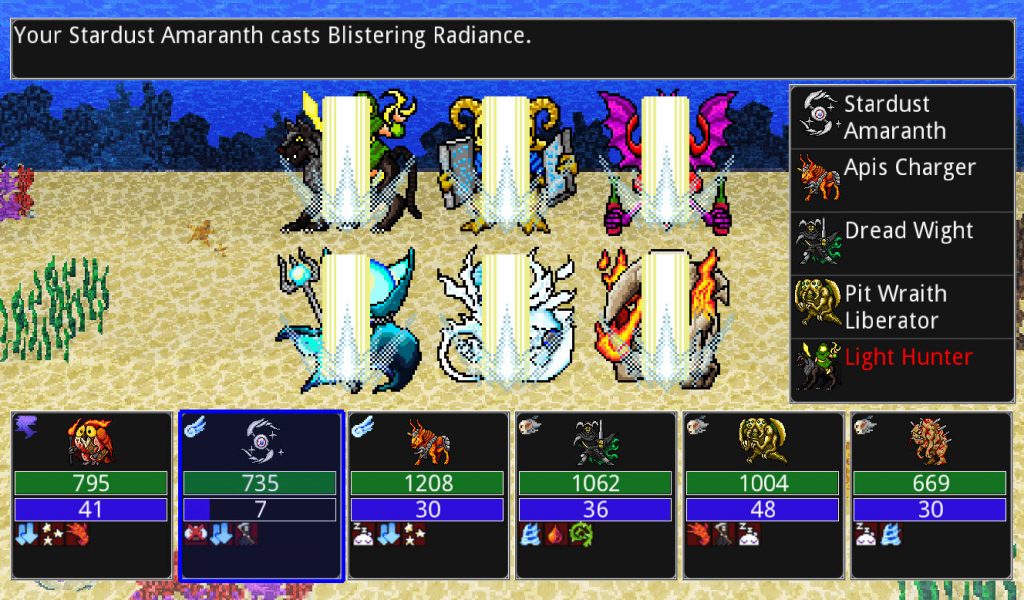