NeuroVoider is a twin-stick roguelike shooter featuring solid pixel art graphics and fast-paced gameplay mechanics. Want to learn more about it? Then read our NeuroVoider review!

NeuroVoider gets things going by offering mech gear and weapons choices before you set out on your destructive adventure. On each level, the enemies charge out shooting at you from all directions. Wisely choosing your add-ons and your mech gear is really important. Three classes can be chosen from which focus on either close range combat, long ranged combat or defensive combat.

You can equip your two weapons of choice, and they’ll be mapped to the shoulder trigger buttons. You can’t equip new weapons or mech gear until after you complete each level, which I didn’t like as it is easy to get cornered when we don’t know the enemies. Be mindful of your health meter, because when you die that is it. When you die you start back at square one and lose all your good stuff and you are forced back to your previous starter weapons and gear, hence the rogue-like elements. 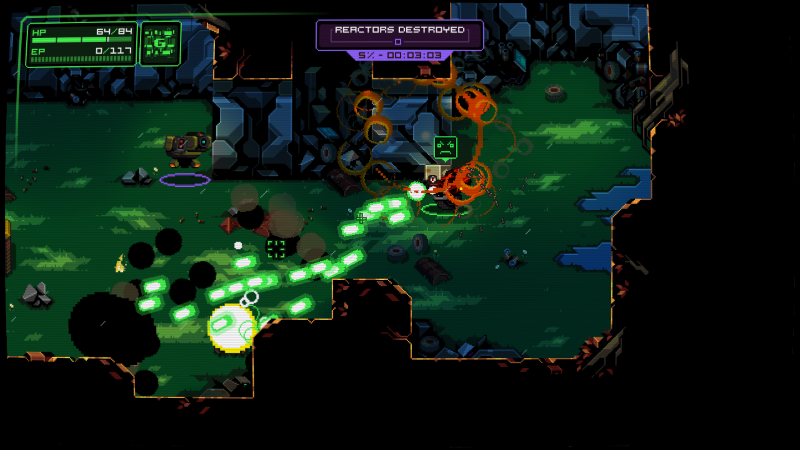 As you begin to play, your first choice will be to select which mech you want to control, and in which type of layout you’ll have. Map layouts are dynamically generated, and you can select which one you prefer by checking the layout type, and other variables like the size of the room, how many elite mechs will spawn, and then you have loot! Loot quality can be increased, but as you can imagine this also raises the challenge you’ll face.

As you progress through the game, your mech gear and add-ons will increase, giving you better odds of surviving the brutal enemy infested levels. Giving skills to your mechs is very important in this game, and there are many to be found in the different levels! They offer very useful things such as being able to jump into hyperspace, boosting your ammo and health levels, and more. On top of this, skills can be powered up by securing crystals from the defeated enemies! 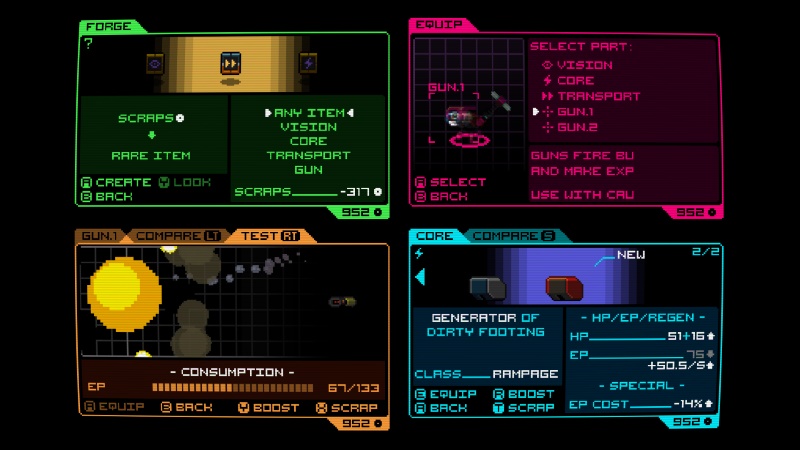 The game does support local four player couch co-op, but there is no online. There are also daily challenges which will give you a chance to get into the game’s leaderboards, so there is a little of replayability right there. The rooms, enemies and so on change every single day, making each challenge feel fresh.

NeuroVoider is a fun game on PS4 that those of you who love twin-stick shooters will get to enjoy. The roguelike elements are not for everyone but if you enjoy having to start over when your run is over, you’ll certainly feel at home with this one. The daily challenges will keep you coming back for more, and some of you might even enjoy that part of the game the most! 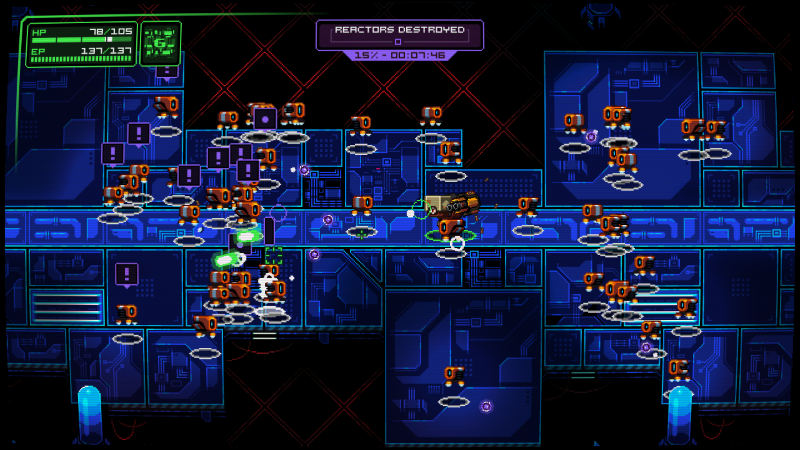 Disclaimer
This NeuroVoider review is based on a PS4 copy provided by Plug In Digital.