Loot Rascals is a fun cartoony card collecting roguelike game. That means that if you die, you will lose all your cards as well as your progress and will start back at square. Want to learn more about the game’s story and gameplay mechanics? Then read our Loot Rascals review!


The gist of the story is that you have crash landed on an unknown, strange yet colorful planet. You need to repair your ship so that you can return to space and resume your journey, so the aim of Loot Rascals is to search the randomly generated maps for portals that warp you to the next dimension. Along the way, you will battle and try to defeat enemies who drop cards for you to loot. The combat is turn-based with a mix of real-time, as is the case for roguelike dungeon crawlers. So for each move you make your enemy will make their move as well. As for the cards that you loot from enemies, they will aid you in combat.

You have ten card slots at your disposal: five for attack based cards that will increase your attack stats, and five defense slots for cards that will increase your defense stats in battle. The higher the numbers, the greater the chance of success. The type of cards you loot is very much based on luck. Some runs you will get the best cards and other runs you may just get a set of rather rubbish cards.

The playing fields of Loot Rascals are in hexagonal format. Each time you move a space the completes to fill out, revealing new paths for you to take or dead ends that will force you to turn back. As you move across the maps, enemies will follow you. Should you get cornered or come into close contact with an enemy, you will attack it automatically. If they drop a card, you can loot it with the X button and equip it with the Triangle button.

The placement of cards is really important in this game. If you pay attention to what the card says and place it correctly, you can earn bonus stat boosts. For example, if you get an attack card that boosts your attack by say +2 but which states that for said boost to activate you must place the card either below or above card slot 1, you must follow the instructions to maximize its potential. You will also get gadget cards that will award elemental attacks such as fire or lightning.

Any cards that you have that are low powered or duplicates you can decompile using the R2 button to turn them into tokens – you can use the tokens to heal up back at the base. Each time you heal, the costs of tokens will go up. Your first heal up will cost two tokens, while the next heal up will cost four tokens, and so on. This keeps the game from becoming too easy. And if you are low on health and are a long way from base, as long as there are no enemies nearby you can warp back to base for healing at the cost of a few turns. You can even warp back to the very spot you left from, which will again cost you a few turns.

The game does have some fun quests to complete. These will task you with, say, finding a particular card that might be in the hands of an enemy with a peculiar name… who also happens to be way stronger than you. If you manage to defeat said enemy, you can earn some cool rewards such as bonus loot or extra card slots which will certainly be useful later on.

As fun and as colorful as Loot Rascals is, it is very heavy on the roguelike elements, which means that the game is not for everyone. Enemies become very powerful early, so the game demands that you plan every move properly so that you can stay alive. Since the game is based on luck, the cards you loot will make a huge difference. There is very little room for error, but if you’re looking for a challenging game, you will certainly be pleased with this one. 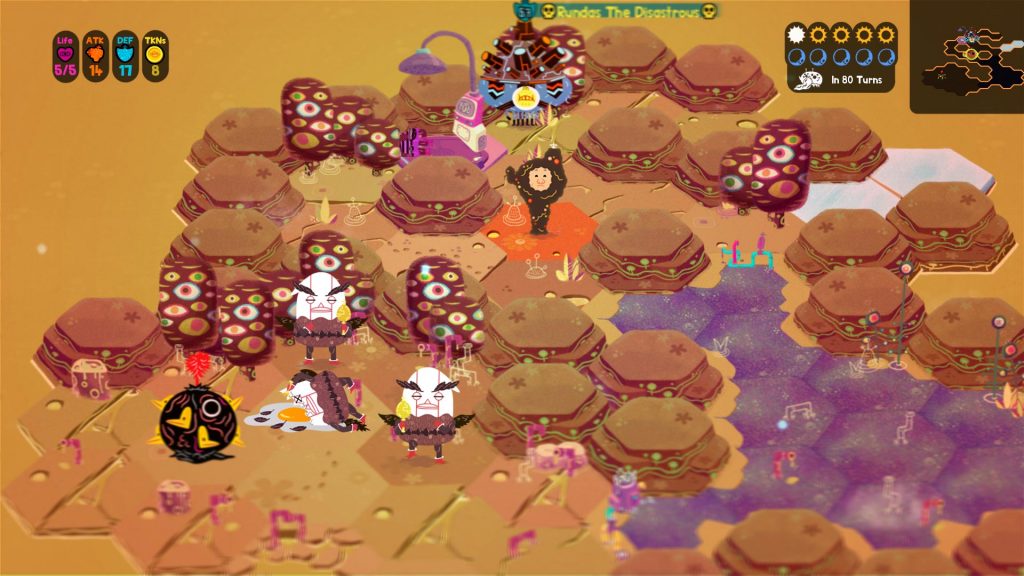 This is especially true of trophy hunters. The game does include a Platinum trophy, but given the nature of the game, it will probably end up being one of the hardest Platinum trophies for a PlayStation 4 game. Patience, trial and error is where it’s at, so you better be ready!

Loot Rascals is a game that oozes charm and character. It features bright and vibrant visuals with excellent character design and a soundtrack that fits perfectly. But behind that cute exterior is a very challenging game that will test your skills to their fullest. If you’re up for the challenge, be sure to give this one a try on PS4! 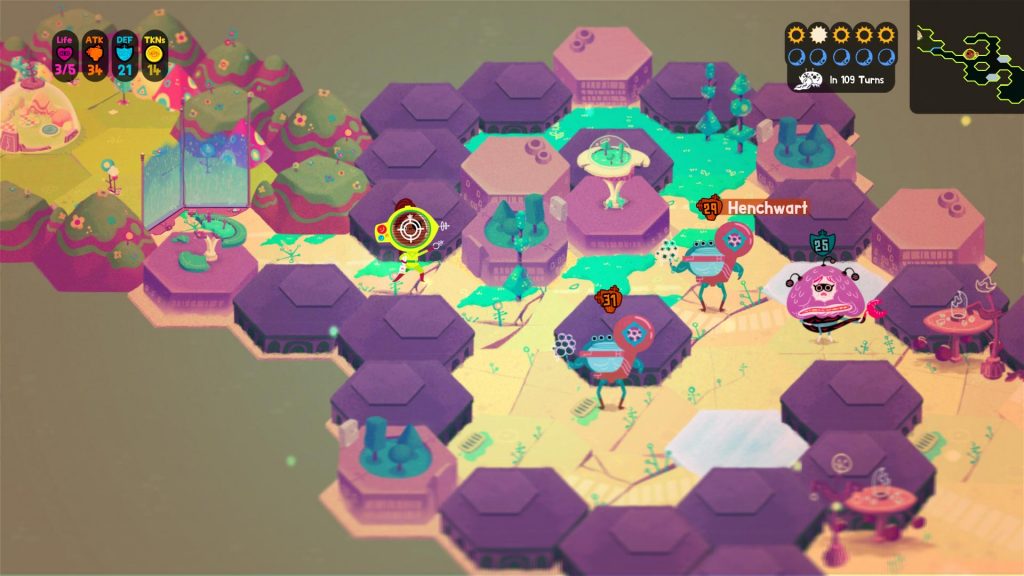 Disclaimer
This Loot Rascals review is based on a PS4 copy provided by Hollow Pond.

We’re Testing a New Giveaway Plugin! Come try it out!