Guerilla Games and Sony have created something quite spectacular with Horizon Zero Dawn on PS4. The visuals are stunning, the story is first class, and on top of that, there is a ton of content to enjoy. Come read our Horizon Zero Dawn review to learn more about this masterpiece!


Horizon Zero Dawn is a huge open world Role Playing Game set hundreds of years in the future. There is no hovering cars and super advanced technology for humans in this one – it’s a bit more primitive than you’d expect! It’s almost a bit primal, like in those old movies with humans and dinosaurs roaming Earth at the same time. But instead of fleshy mammoths, velociraptor and T-Rex, you’ll run into mechanical beasts – big bad machines that rule it all with humanity far down the food chain now.


You take control of Aloy, and you start off as a six-year-old, learning the ropes for surviving in the wilds, growing up to become a strong and highly capable woman. She goes on to win the Proving, thus becoming an official member of a tribe. There’s a very interesting twist soon after this, but don’t worry as I won’t spoil it there! 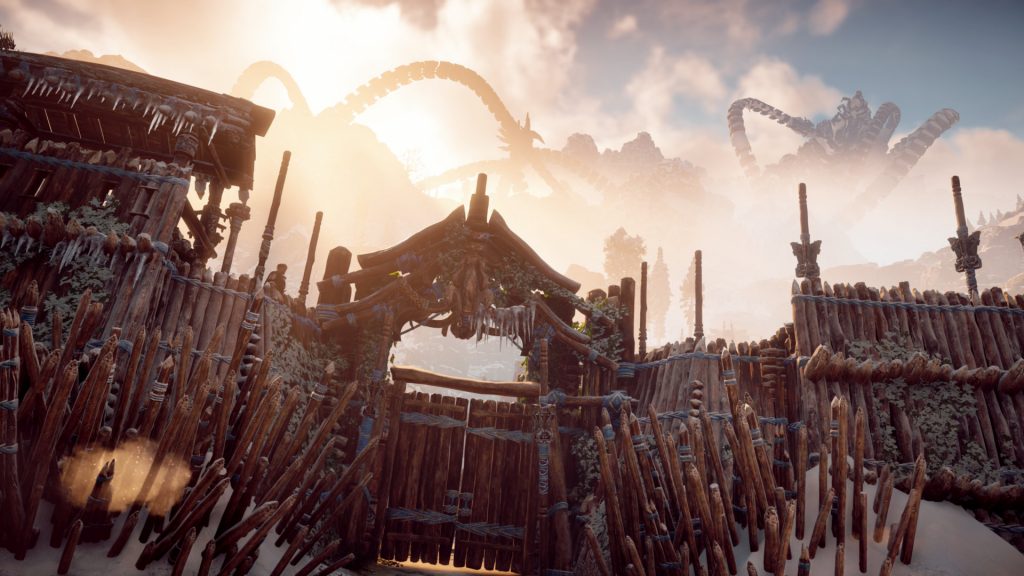 Gameplay is very easy to learn. You will learn how to use your bow, followed by the spear, and then the crafting wheel. Speaking of that last one, you do have to remember that you can’t do any crafting with enemies around since the game doesn’t pause, so be careful or you’ll discover this the hard way!

The scenery in the game is just beautiful. You can find yourself standing on one of the many cliffs you’ll climb, and you can see for miles and miles. You can easily a long time just taking it all in. The map is full of lush green areas, snowy hills, and more. And if you want to see more, you can climb on top of some very dangerous mechanical beasts that have a bit of a puzzle twist to them. 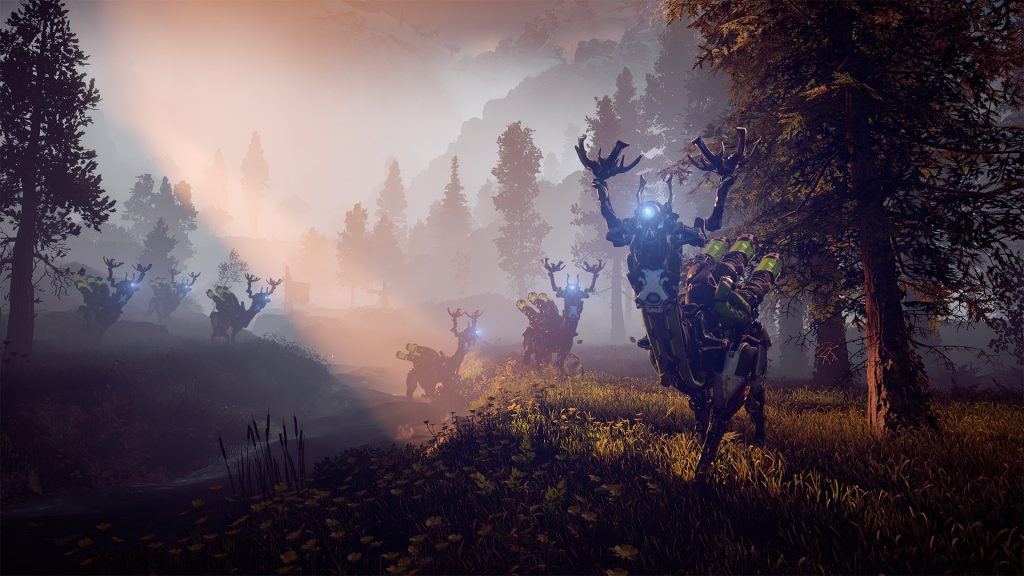 You must be wondering: “If that map is as vast as you say, then how do you get about?” I am very glad you asked! The game world is indeed vast and incredible, but the game has a very handy map for you to use. You can activate quests, and it will mark the best route for you. And if you have visited a camp and lit it, you can use those as your fast travel points. You, however, will need to craft some Travel Packs first. Without them, you cannot fast travel. And, who knows, you might get to ride a mechanical beast or two if you’re good enough!

There’s a lot to do in the game, with main story quests, side quests, and errands. Errands are your simple fetch quests, while side quests are meatier and offer more for you to do. You might, for example, need to find a member of a family who has gone MIA. Side quests are longer than errands but are certainly worth doing as they provide a large amount of EXP for you. There are also a ton of collectibles to find in Horizon Zero Dawn, with things such as metal flowers or vantage points. There’s also bandit camps you need to clear out and corruption zones that must be cleaned up. 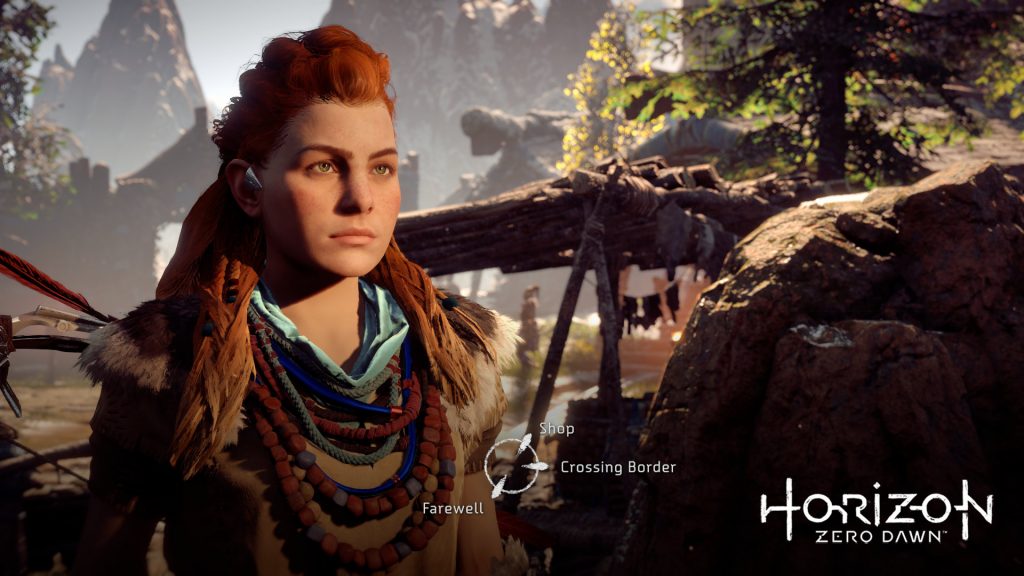 The game includes a Platinum trophy, and only one of the trophy is missable. It is called “All Allies Joined,” so you should be careful with that one. Be sure to get that one before the point of no return near the end of the game or else you’ll need to do a second run! As for the rest of the trophies, they are awarded for completing main story quests, side quests, errands, finding collectibles, etc.

Horizon Zero Dawn is an incredible game. It is so easy to end up immersed in Aloy’s world as time stands still. The game’s story is great and offers several twists and surprises. And even though I mentioned it at the start of my Horizon Zero Dawn review, this is certainly one of the best-looking games on the PS4, no question. I highly recommend this game, and if you have a PS4 Pro, you’ll enjoy even better visuals that will rock your world! 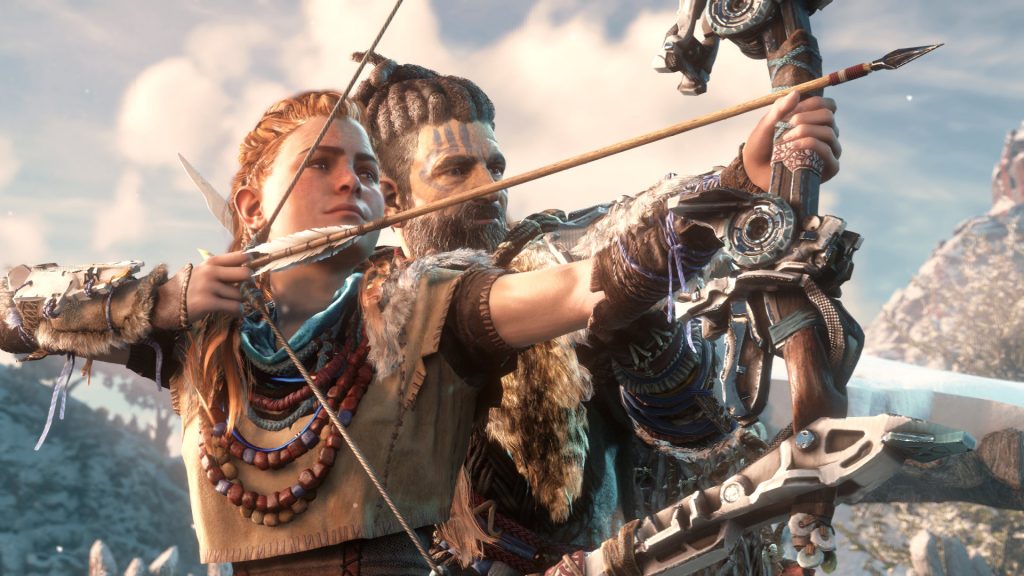 We’re Testing a New Giveaway Plugin! Come try it out!