Death Squared is a very stylish puzzle/platformer you can play where one to four players can join in on the fun. When more than one player enters the scene, you’ll realize that teamwork is key. Read our Death Squared review to learn more!


While the focus for the game is on co-op and multiplayer, if you want to take on this game on your own, you’ll be able to use the left and right analog sticks to control the square shaped characters. Both your hands will have to work together to succeed, as is the case for a game such as Semispheres – another brilliant puzzler I recently reviewed.

Death Squared is very challenging, but it’s never overwhelming or punishing. Levels are completely packed with traps so you must make sure that you think a bit outside the box to make every step count. There’s also colored circles on the floor, and you must make sure that characters don’t end on top of the circle of their same color. This is easier to explain with a short example. 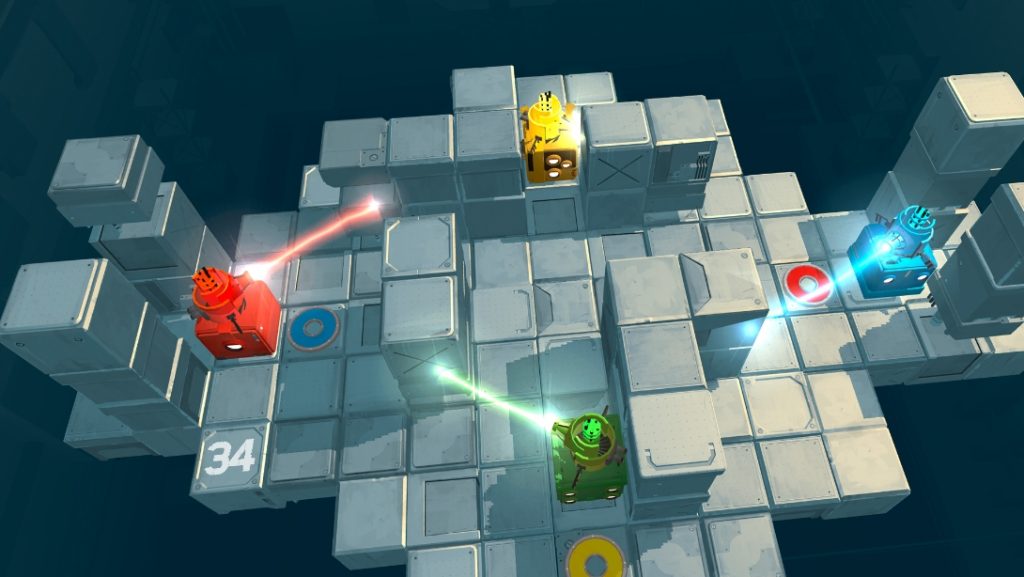 There is a total of 80 levels that will give your brain a good work out… oh, and don’t worry about dying since it’s part of the learning process! It doesn’t matter if you’re playing solo, in co-op or full multiplayer, death is part of the equation. Just always remember that the PS4 DualShock 4 is your friend and is not responsible for your character dying. 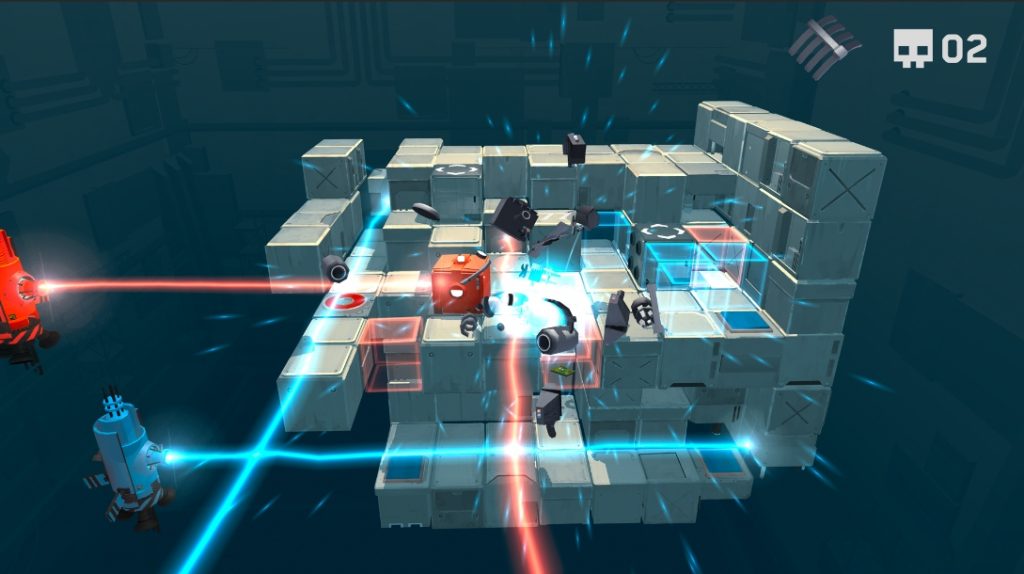 Traps will be explosive, electric, spiky and more. There are plenty of hazards to keep you on your toes throughout the main campaign. Most levels require precise timing and perfect teamwork, so you can imagine how things can get pretty crazy when there are four players on screen! If everyone doesn’t work together, then you won’t be able to make it.

If that is not enough and you manage to complete all of the campaign levels you also have Party Mode which is a pure multiplayer mode for up to four players. It has a fun name, and it’s certainly a fun mode! And then there’s also Vault Mode which offers even more complex puzzles to complete – this one is perfect for players who are hungry for a hearty challenge. 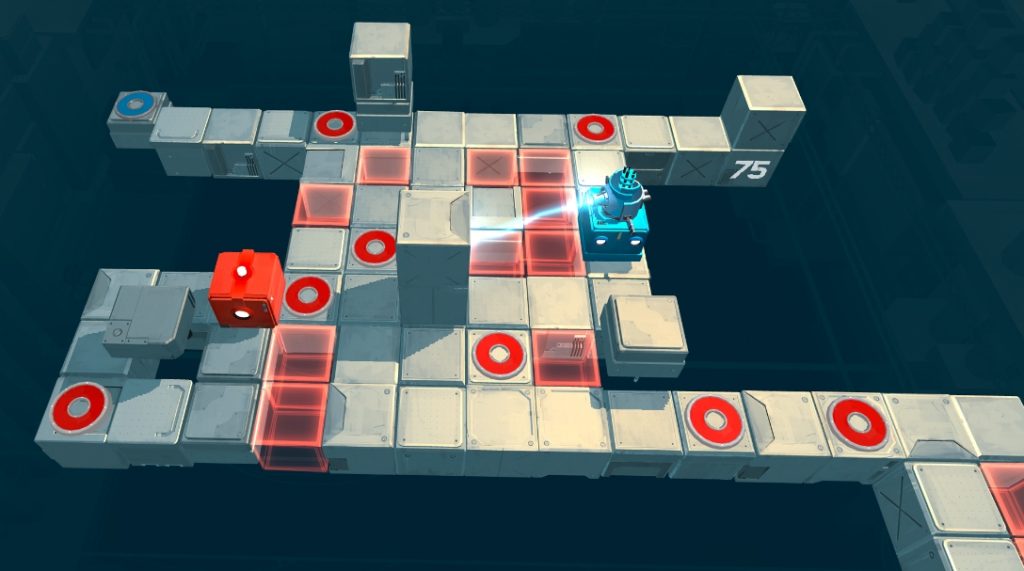 The game is very clever, and it’s levels, and puzzles design prove this. Due to the nature of the game, the multiplayer is of the local variety. Can you imagine coordinating with other people while online on a game where every single action has an immediate reaction? It would be madness. Madness!

Death Squared is definitely a game worth your time and money. The main campaign is fun and has a lot of levels to complete, not to mention the two extra modes available along with it. The more people you can have for each gaming session the more hectic things will be… but you’ll also have more fun! So if you want a co-op and MP puzzle/platformer on PS4, you should give Death Squared a look.

Disclaimer
This Death Squared review is based on a PS4 copy provided by SMG Studio.