Everyone needs the Chaos Code, and everyone seems to be fighting for it. Can you get it and use it for your personal gain? Fight to the end against some fierce competitors to achieve greatness! Want to learn more? Then check out our Chaos Code: New Sign of Catastrophe review!

CHAOS CODE -NEW SIGN OF CATASTROPHE- is a simple yet highly flexible hi-speed 2D Fighting game, where players can enjoy the thrill of fighting with all the flashy moves!
Each of the 16 characters have 4 more additional moves, where players can choose and pick 2 out of it during Character Selection. Find a combination that best suits you!
Also, in the ‘Color Edit’ Mode, you can even customize the color scheme of your character for greater personality!
Other game modes include ‘Arcade Mode’, ‘Versus Mode’, ‘Mission Mode’ and more.
Players can also access the ‘Network Mode’ and battle with one another over the internet at the luxury of your home!
Defeat all other players and be the top ranker!

Chaos Code: New Sign of Catastrophe is a follow-up to 2013’s Chaos Code. EdEN reviewed the game and had a lot of fun with it all those years ago. This version adds a few new features including two new characters and some special moves available for players during the character select screen.

Having played a bunch of Arc Systems Works fighters on PS4 I was definitely looking forward to giving this one a try. I have, to be honest: at first, I was a bit disappointed after the game loaded up. This is a rerelease of the 2013 game, but what I didn’t know is that the game didn’t receive a graphical upgrade. After playing some beautiful fighters from Arc System Works such as Blazblue and Guilty Gear, I was surprised by how pixelated the game looked. The other thing that threw me off was that the game ran in a 4:3 screen with the moves on the side to fill the widescreen display. I have grown accustomed to having some room to play with on the screen, and it felt a bit claustrophobic – it certainly is an old-school game. 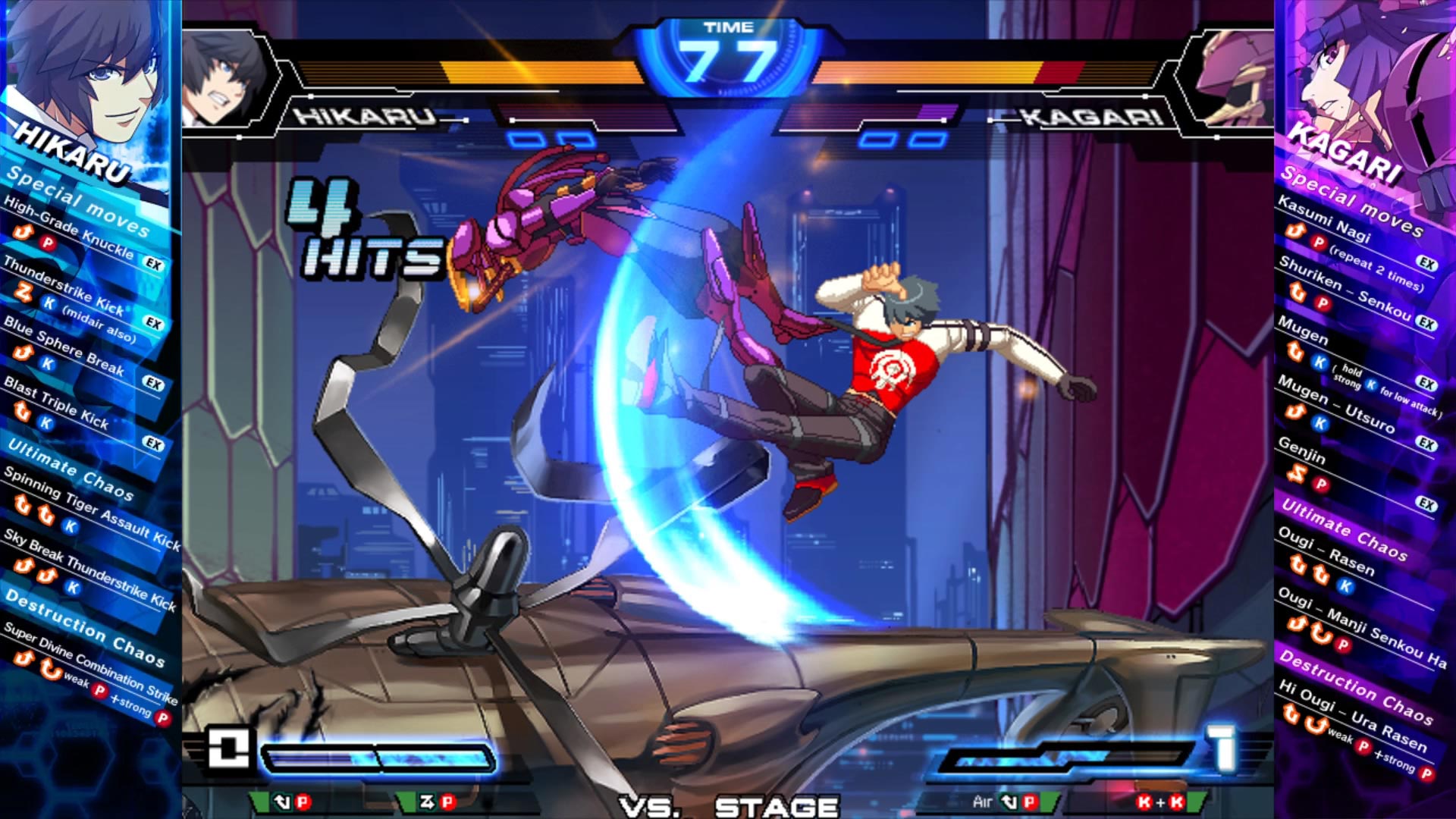 I wanted to get that out of the way as it’s the first thing you will notice when booting up this release, but now let’s talk about the all of the good stuff, which I think certainly outweighs the bad.

As with most Arc System Works games, they game has a fantastic character selection screen. You can play as a muscley cook, a cartoonist who transforms into different characters for every attack, twins who fight in tandem with each other, quite a few different ninjas, robots… and more! It’s a pretty robust group of characters. To the game’s credit, each character’s move set feels distinct and different. EdEN, in his review for the PS3 version, likened this Arc System Works release to those from the beloved SNK, a company that produced many fighters back in the day, and I have to agree with him. 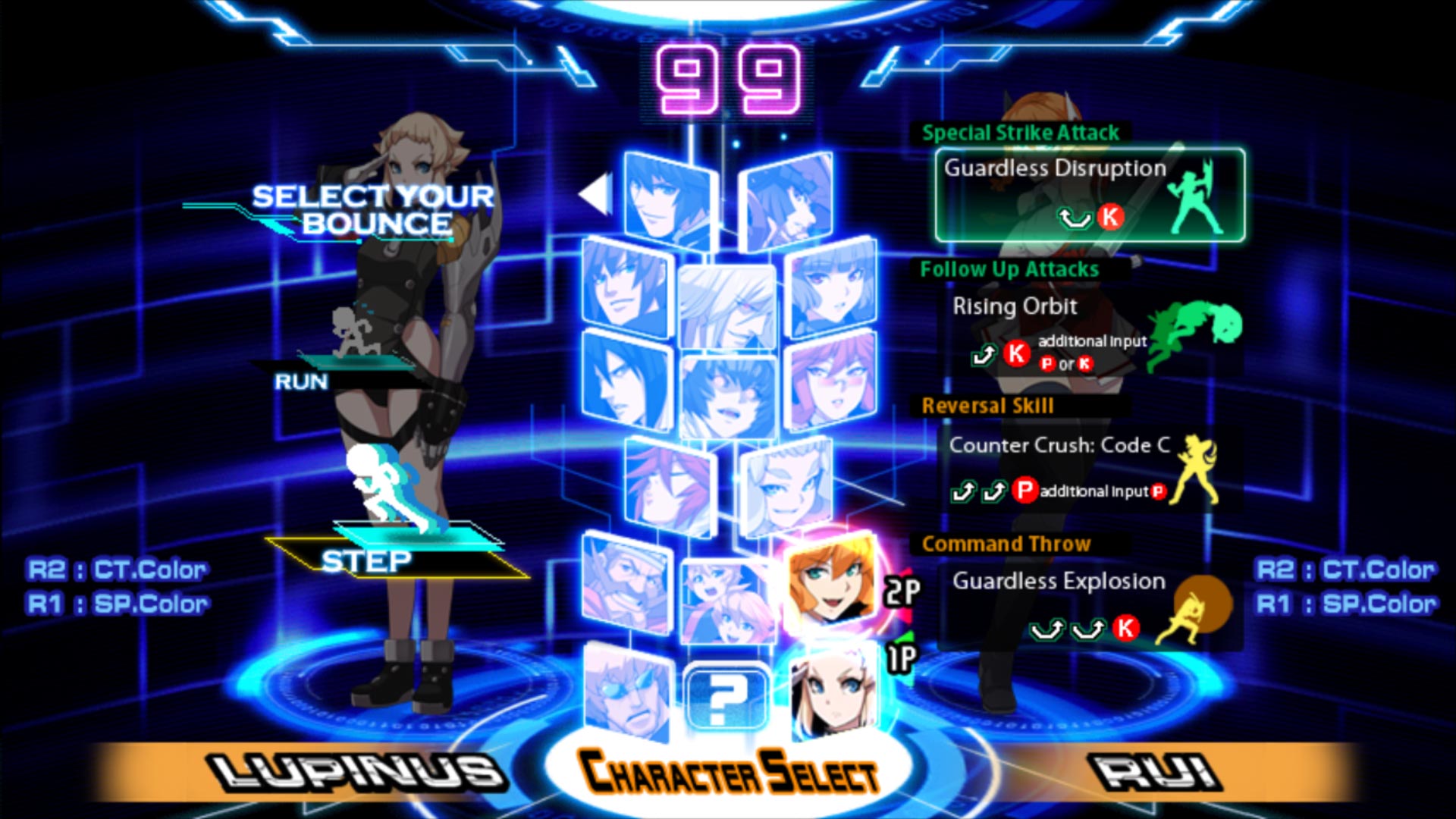 As far as the game’s engine goes, it’s also very good – this is fundamental to any fighting game. It’s definitely not breaking any barriers since, in essence, it’s a four button fighter. As you fight you fill a three level “Chaos” meter at the bottom of the screen and you can use that unleash super moves – save all three and use them for an even bigger and flashier one.

The other thing I liked, which we have seen other more recent fighters do, is that during the character select screen you can tweak your move set, so you can pick two out of four moves that will be available to you. It gives way for a bit of character customization and makes each match, especially against unpredictable opponents, feel very different.

The story is all about the different characters fighting for the Chaos Code which they all want to use to better their lives, some with nobler purpose than others. You don’t actually quite find what the Chaos Code is… but it seems to be enough to serve as the drive for all involved characters. Each one has regular and alternate endings that you can unlock or purchase with in-game currency, so that you can learn more about their specific story.

The game includes all of the modes we’ve come to expect from a fighting game, including Survival, Mission, Training, Local Multiplayer, and Online Multiplayer. During my experience the game did seem a tiny bit buggy during the online mode, not to mention that the online is not populated right now which made it difficult to connect to new matches. 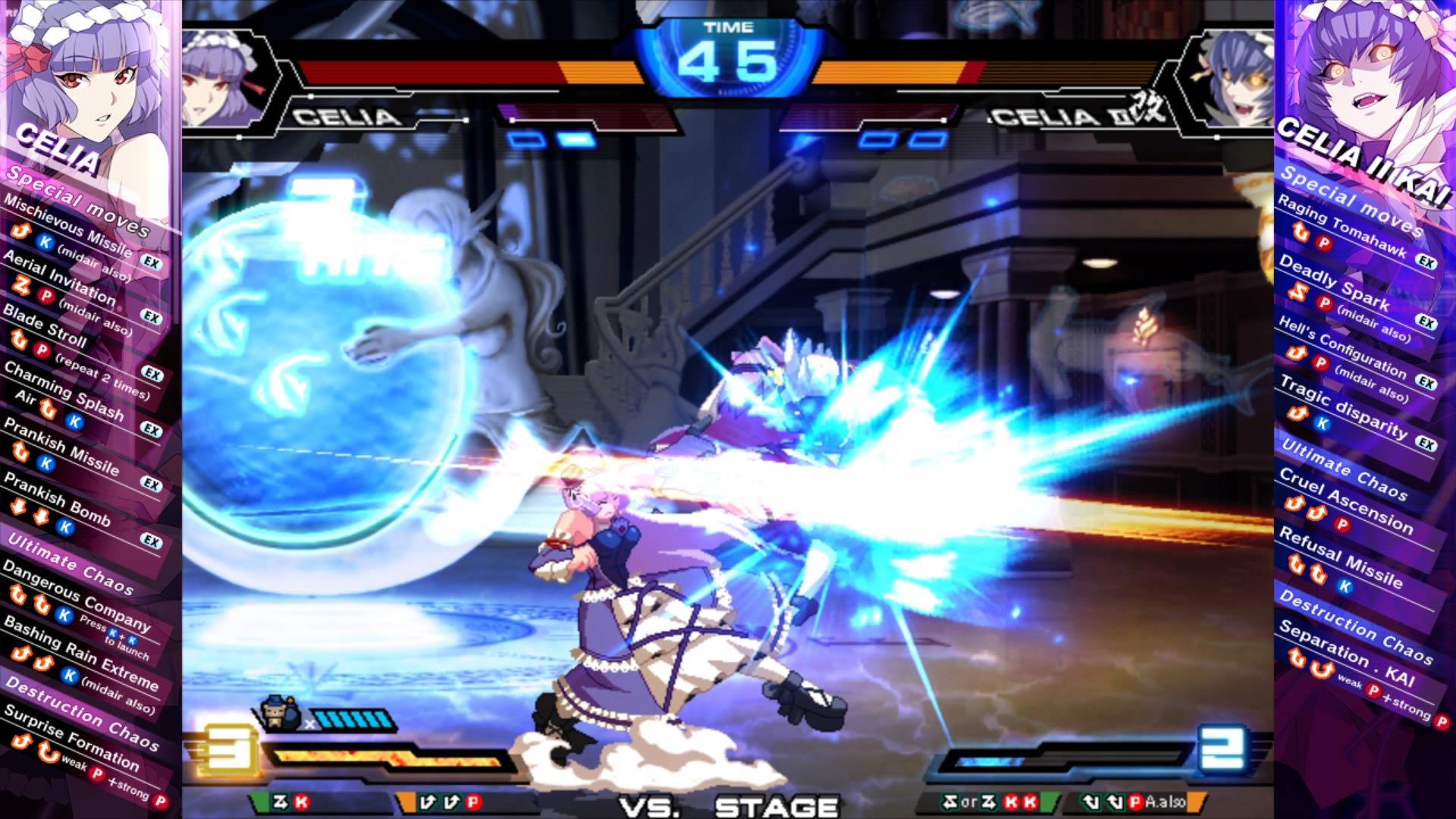 Chaos Code: New Sign of Catastophe is a fun remaster of the PS3 release for those PS4 owners who missed this the first time around. It’s a sound fighter that doesn’t do anything particularly new. The lack of a graphical upgrade might rub some people the wrong way, but it’s certainly a game you need to play thanks to its budget price of only $19.99.

Disclaimer
This Chaos Code: New Sign of Catastophe Review is based on a PS4 copy provided by ARC SYSTEM WORKS.