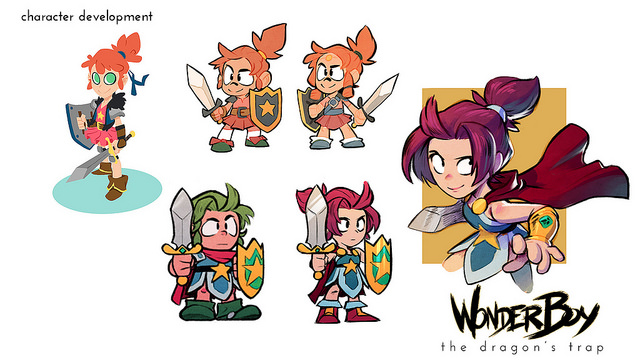 Paris-based studio Lizardcube has released a new trailer for Wonder Boy: The Dragon’s Trap, and it showcases a new playable character for this remake of the beloved classic. Are you ready to meet Wonder Girl?


Ben Fiquet, art director at Lizardcube, had this to say:

Along with Wonder Boy in his classic form, you can now play as the totally awesome, totally radical Wonder Girl!

Over the years we’ve seen many different versions of Wonder Boy, depending on the specific game or console. Even the concept art had radically different characters. With such a diverse foundation to build from, it was on me to decide which direction to move in for this latest contribution to the Wonder Boy saga.

I remember as a kid, just looking at those tiny little pixels on my TV made my imagination run wild. So the obvious design choice was to start with the material I’d spent countless hours enjoying. I began with the original sprites from the Master System, aiming for a 21st-century reinterpretation.

If all goes according to plan we’ll have a review for you for Wonder Boy: The Dragon’s Trap close to its launch on April 18, so be sure to stick around at PS4blog.net!