VOEZ from Rayark, Esquadra, Circle Entertainment and Flyhigh Works is a rhythm game for Nintendo Switch that marks a first for Nintendo’s console: it’s the first game that can only be played while in handheld mode. It’s also completely touch-based, so once you start the game, you’ll be doing everything with the touchscreen. Read our VOEZ review to learn more about this fun Nintendo Switch game!


The game starts with a cheerful song and a colorfully animated intro that shows different people enjoying music, setting up what for most of the time will end up being an almost Zen experience. You’ll get to learn more about each of the characters as you play, but the intro does let you see all main characters in its short video. 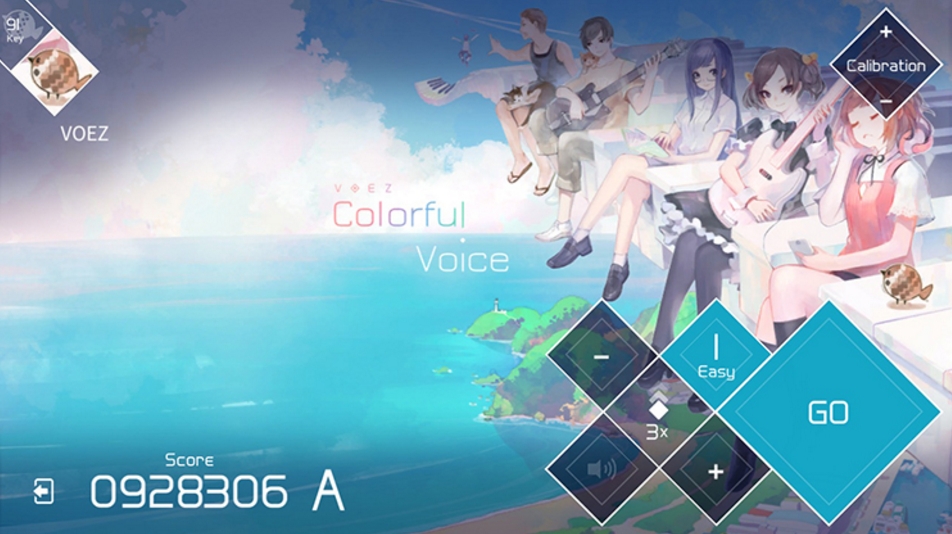 You’ll be giving the game’s video tutorial a try before beginning your first song. This very short video will teach you the basics of gameplay. There are single notes that you must tap when they reach the bottom of the screen. On top of these, there will also be hold notes that you must hold from start to finish. There’s also slide notes, and they are small and white – for these, you can slide your finger around as needed to follow them between note columns. Swipe notes have a blue arrow that shows you in which direction you need to slide – it’s always either left or right. 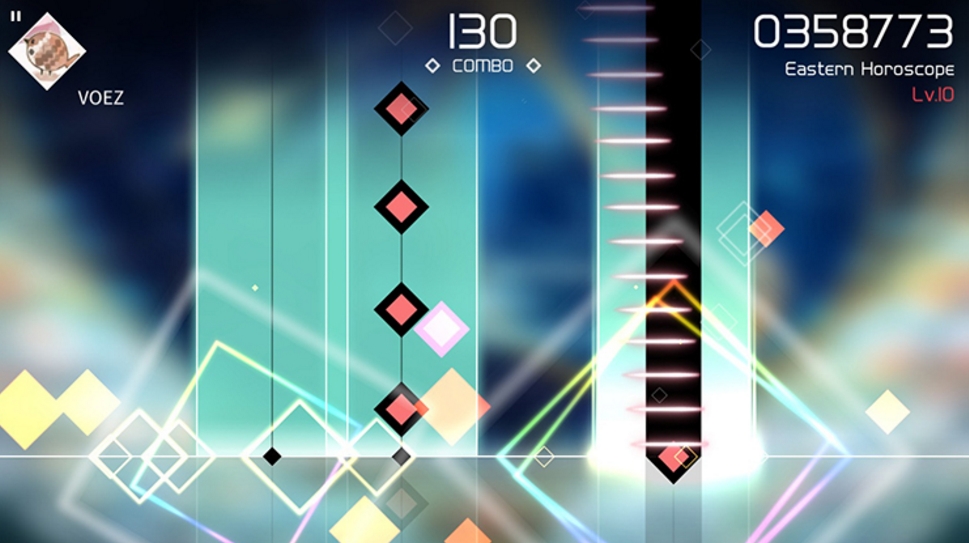 Once you finish the tutorial video and complete your first set of songs to apply what you’ve learned, you’ll be able to select any of the over 100 songs in VOEZ. Each song has three difficulty settings, so if you want to 100% the game, you technically need to complete 300 songs. The jump in difficulty from playing a song in Easy and playing a song on Hard is considerable. Going from Easy to Special, the game’s highest difficulty for a song, can be brutal. But being able to complete a song in the highest difficulty does bring you a rewarding feeling of accomplishment as you raise your skills. Mind you, you won’t be failing a song no matter how badly you play, but by the end of it, you’ll know how really good you are by looking at the number of Max Perfect, Perfect, OK and Misses you had, as well as the highest combo count you managed to secure. 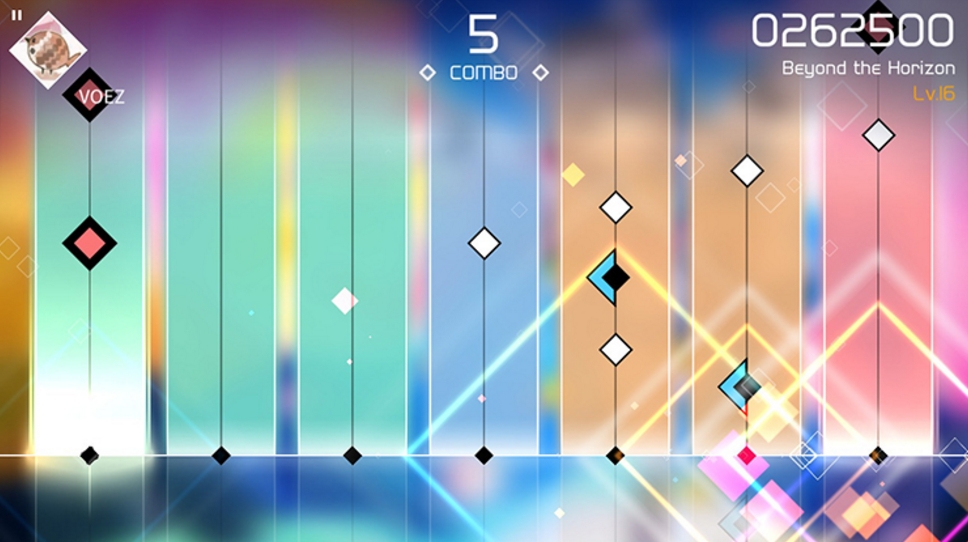 The game’s story is unveiled through the Diary at the main menu, and the more you play, the more illustrations and information you’ll unlock. Each new entry reveals a location, a conversation or an event, and you must complete each of the game’s requirements to unlock the next entry in the list. 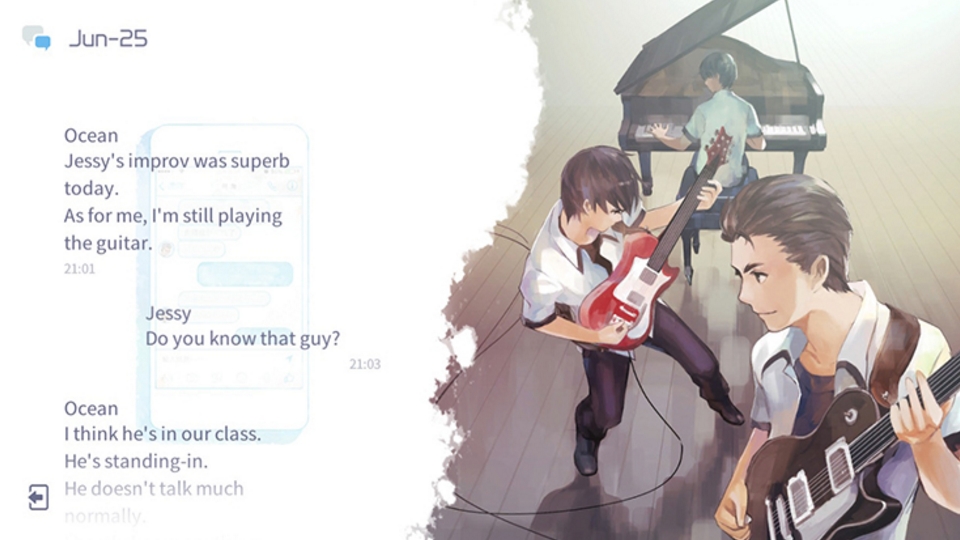 VOEZ on the Nintendo Switch is a very fun, hectic and fast-paced rhythm game. I loved the song selection but, as expected, your mileage may vary. The game is certainly easy to play but hard to master, especially if you want to unlock every Diary entry. Unlike its mobile counterpart on iOS and Android, which is an F2P release with microtransactions to permanently unlock songs, the Switch version features a single $24.99 price for the game and all songs, in the end making it a better value. With 100+ songs, you’ll spend hours playing before you’ve enjoyed all of them at least once! 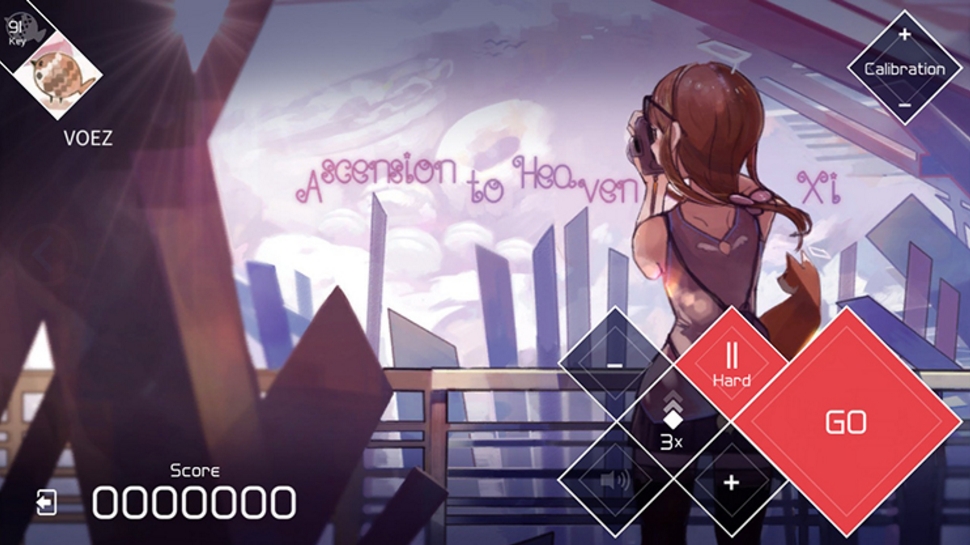 Disclaimer
This VOEZ review is based on a Nintendo Switch copy provided by Circle Entertainment.