[Beyond PlayStation] The Legend Of Zelda: Breath Of The Wild Review | PS4Blog.net

Calling all Nintendo Fans! The Nintendo Switch is here, and with it, we are getting the first masterpiece of the new era. At long last, after te announcement of the existence of the Nintendo NX and following the Nintendo Switch reveal at the end of 2016, the console is real and ready for gamers to play the latest The Legend of Zelda game at home or on the go on the same console. Read our The Legend of Zelda: Breath of the Wild review to learn more about what will certainly be a big contender for Game of the Year!


My love for The Legend of Zelda series began waaaaaaay back in the day when I played the first entry in the series on the beloved NES. Ever since the franchise has held a place in my heart, so I was more than ready to take the latest game out for a spin! The Legend of Zelda is back, and it does so by introducing some considerable changes to the formula.

The Legend of Zelda: Breath of the Wild is the 19th release in the beloved series, and the biggest game ever in this franchise. At the start of the game, Link awakens from a 100-year slumber with no memory. He listens to a female voice that wakes him up, and who sends him on a journey to save Hyrule. Calamity Ganon is set on breaking out of its prison inside of Hyrule Castle. 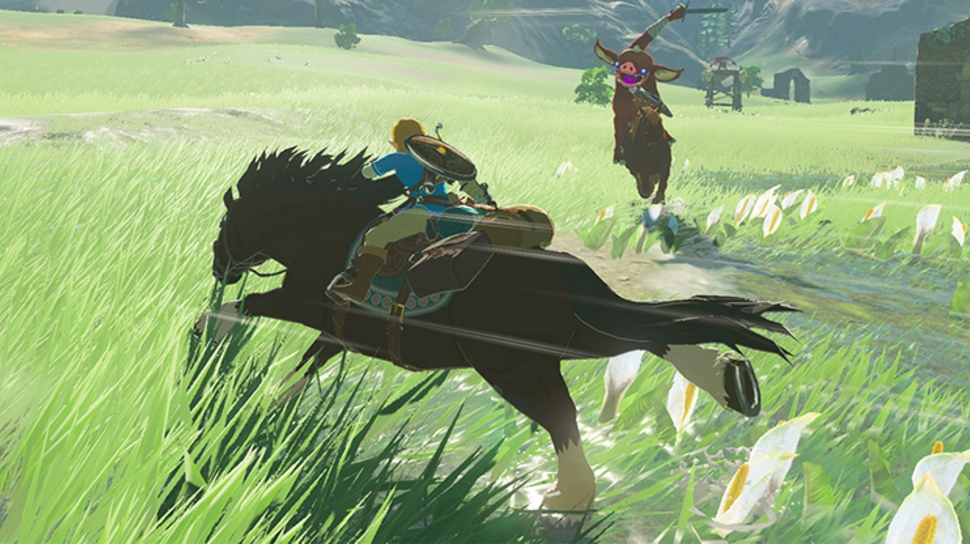 This new game says goodbye to the usual structure and progression of all previous “traditional” The Legend of Zelda games, adding a very interesting spin. I have, to be honest, the game didn’t grab me at first since I was definitely not expecting this one to deviate so much from tradition. But then something happened. After I beat my fifth shrine, it all started to click. The large open world and how the game is very open as well by giving players more than one way to solve its puzzles is very welcomed.

The gameplay mechanics are different while remaining familiar. Bombs make a return, but you now have new mechanics like the ability to stop time or to move things around with magnetic energy. As for the shrines, instead of having to complete them to get new abilities you earn them at the very beginning by placing your Sheikah Slate in a device. Completing a shrine rewards you with a spirit orb, and these can be traded for boosts to your stats. 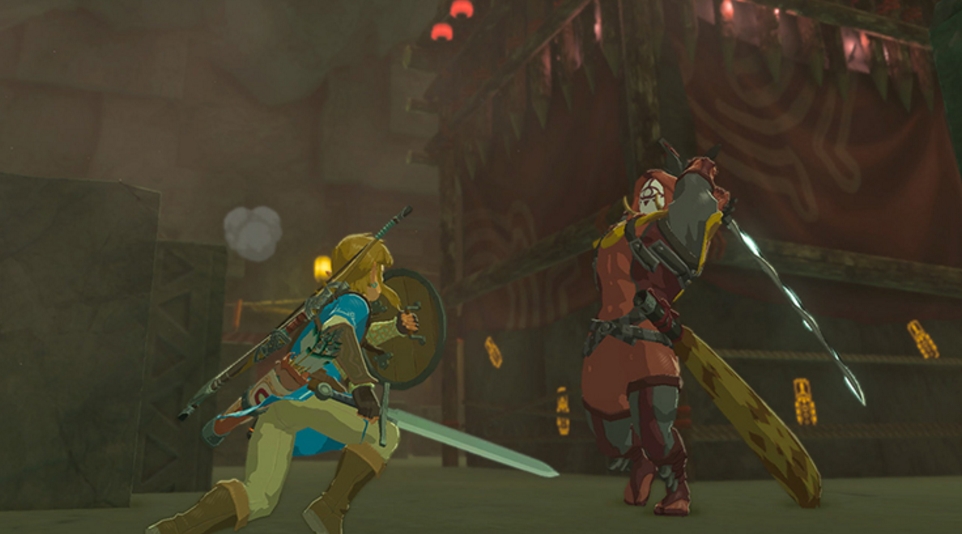 Another new gameplay mechanic, and one of the stast you can boost, is stamina. If you run or start to climb onto something, your stamina gauge will begin to deplete. Jumping while climbing will provide you with a boost that will make you cover a short distance quickly but you’ll also end up losing a chunk of stamina in the process.

Everyone loves sidequests, right? Well, Breath of the Wild has plenty of them for you to enjoy! Your adventure log will keep track of all main story quests and sidequests, and you’ll be able to send handy markers on the map to know where you need to go or what area you should explore. There are no restrictions on where you can go as long as you’re good enough to overcome hazardous environments and overpowered and deadly enemies that are ready to show you who’s the boss. 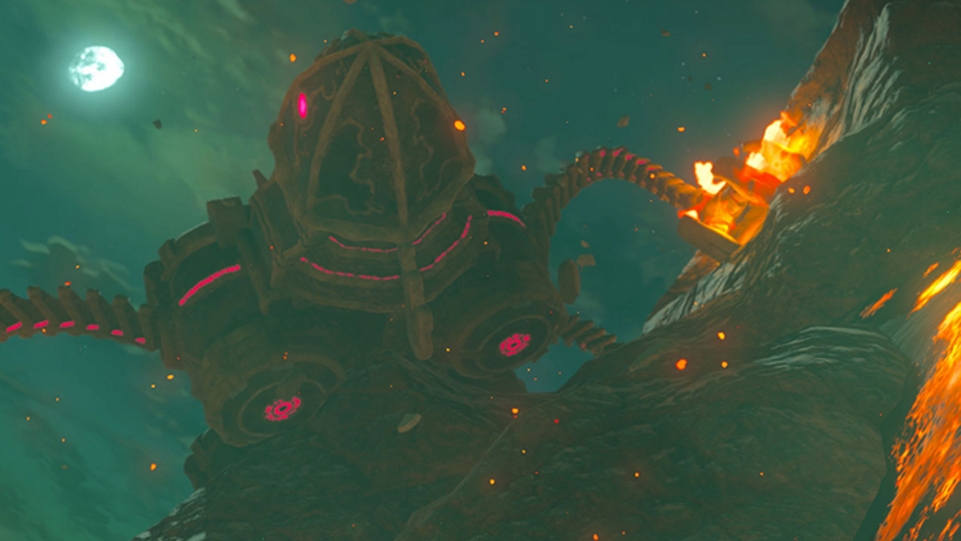 Crafting items and cooking food are also now part of the equation. Enemies leave behind stuff you can use for crafting, and food can be found all over the place if you open your eyes! There’s apples, fish, mushrooms and more, and combining them while cooking will provide you with some healthy dishes (and a mistake or two) that will help to recover your health, temporarily boost your total heart count or even help you to endure the cold weather! That’s right: Link is also affected by the weather! He will lose hearts and get a game over if it is too cold or too hot for comfort.

Being able to play the game on the TV, on tabletop mode (with the Joy-Con detached) or while on handheld mode is perfect for this game, and since you can quickly put the console into sleep mode in less than a second and be back playing in a couple of seconds, you can always be ready to visit Hyrule. 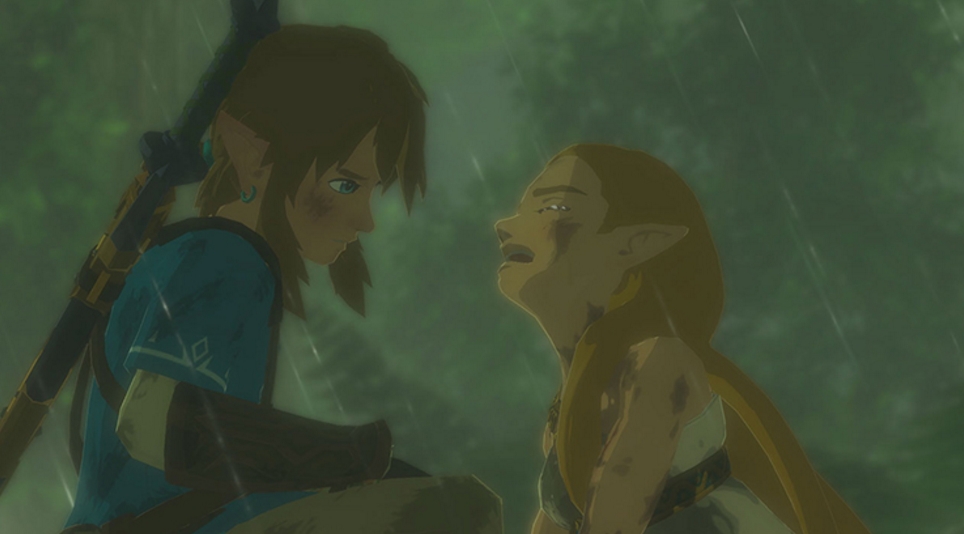 After reading my The Legend of Zelda: Breath of the Wild review you can better understand how this is a big departure from the regular formula of the franchise, and it makes this the best game in the series. There is so much to do and so many ways to do it that the sky is the limit. Different players will approach puzzles in a different way, and the game won’t say “no you can’t do it like that” to you. With so much freedom, a ton of shrines to explore, many siquests to complete and lots of secrets to discover, you can spend well over 100 hours playing the latest release from Nintendo on your brand new Nintendo Switch. This is a must-buy for all Nintendo Switch owners and a game that will be on many GOTY lists. 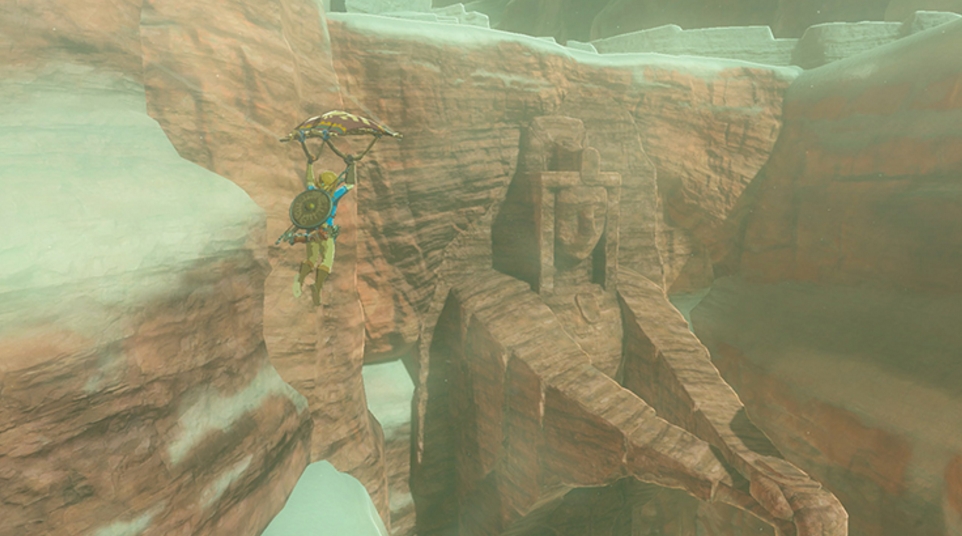 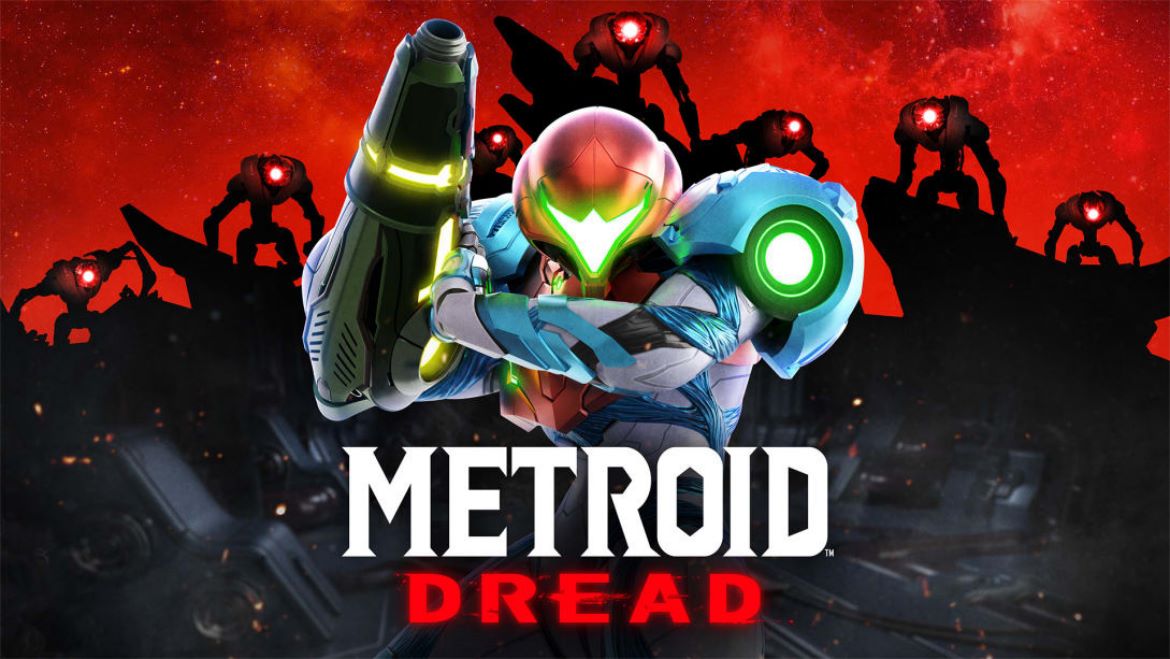 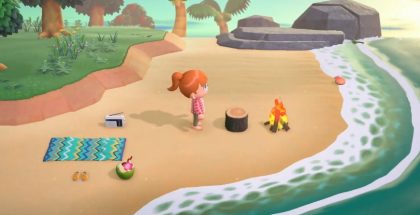 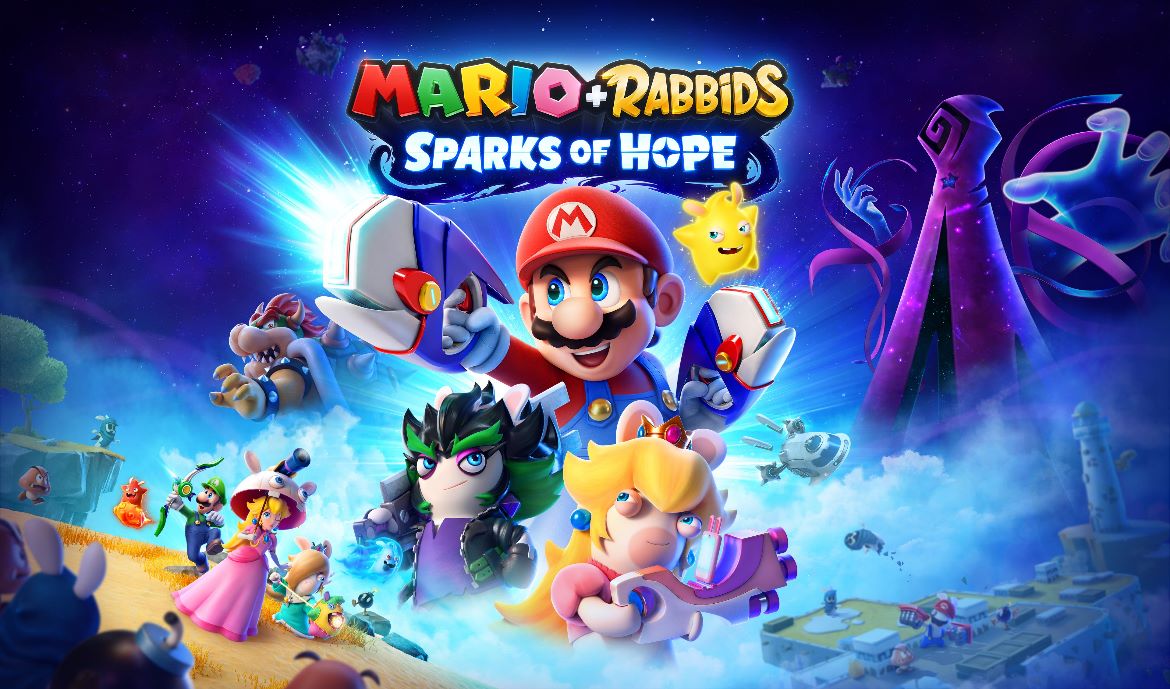 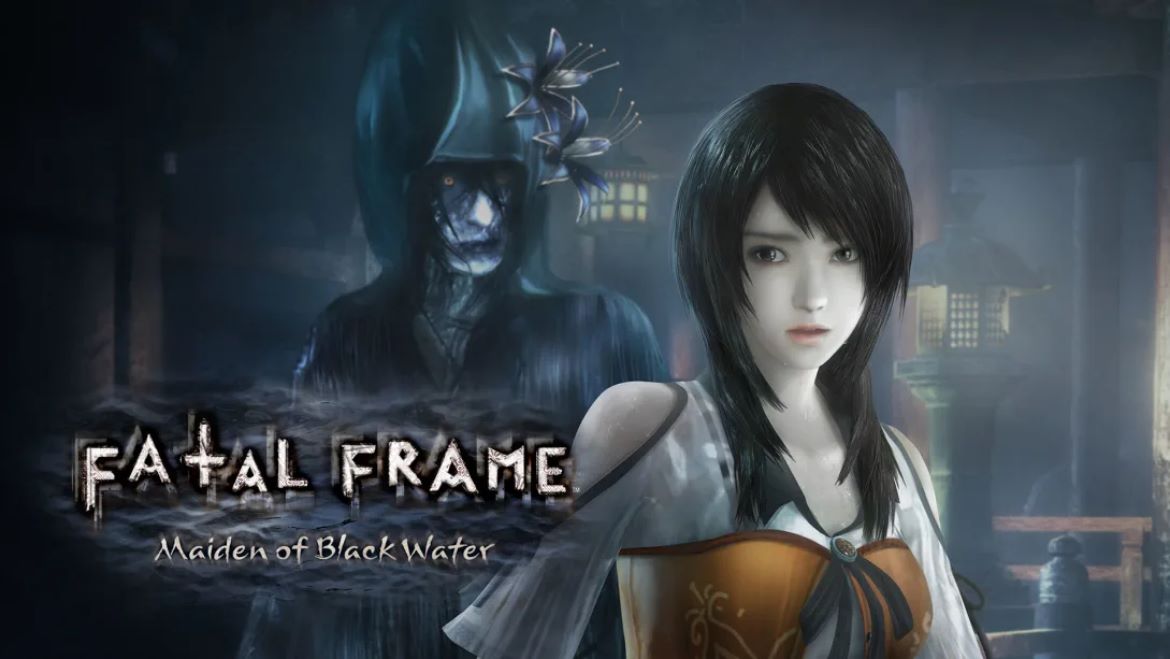