For this campaign, as you can tell from the title, instead of playing as Shovel Knight you control Plague Knight. He is a member of the Order of No Quarter and one of the bosses you fight in Shovel Knight: Shovel of Truth. He is on a quest to find ingredients to make a potion of unlimited power, and he’s ready to do anything to achieve that goal – even attacking the other members of the order! 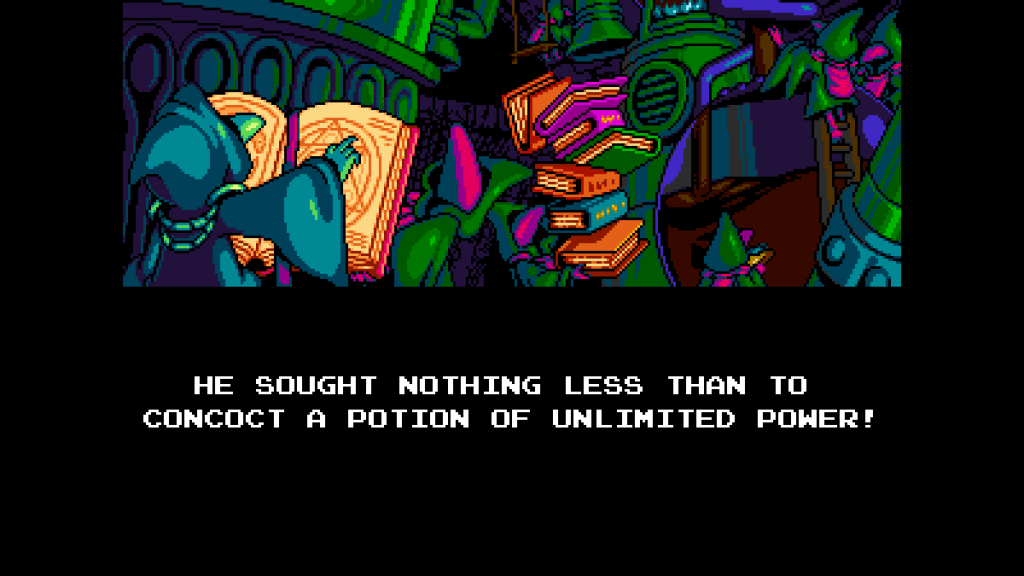 For this campaign with Plague, Knight timing is very important. You must time your attacks and jumps perfectly to maximize the main character’s potential due to the main gameplay mechanic. Say you find a ledge that is a tad too high for you to reach with a single jump. In order to successfully jump to higher places, you must hold down the attack button until Plague Knight glows. After releasing the button, he will be propelled by the burst from one of his bombs.

These explosions don’t hurt you, but they do require very precise timing to be able to clear the many bottomless pits and enemy infested areas you’ll traverse. After a burst you can also throw some bombs to gain some extra momentum, not to mention you can also do a second jump to make the most of your momentum.

For me, going from controlling Shovel Knight to controlling Plague Knight was a bit difficult since he is quite a nimble character. For example, when he lands from a jump he slides for a bit which can make some of the platforming sections in the game very challenging. And yes, this is indeed intentional, so be ready to relearn how to play the game! 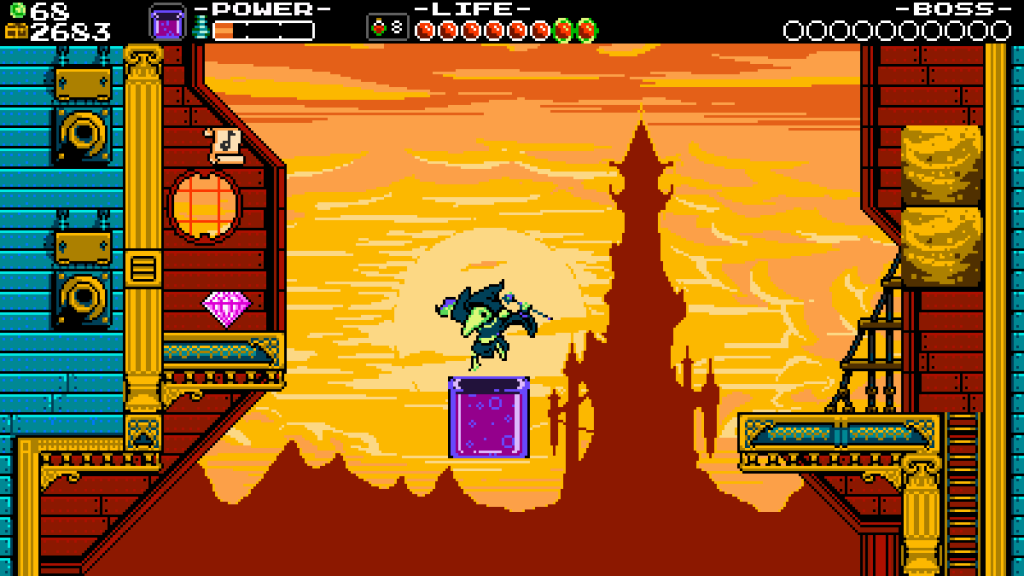 As was the case for Shovel Knight: Shovel of Truth, during this new adventure you should collect as much treasure as possible, so search everywhere for any hidden gems or treasure chests! You will be able to spend your goal at the village to secure some very handy items that will make your adventure a bit easier. 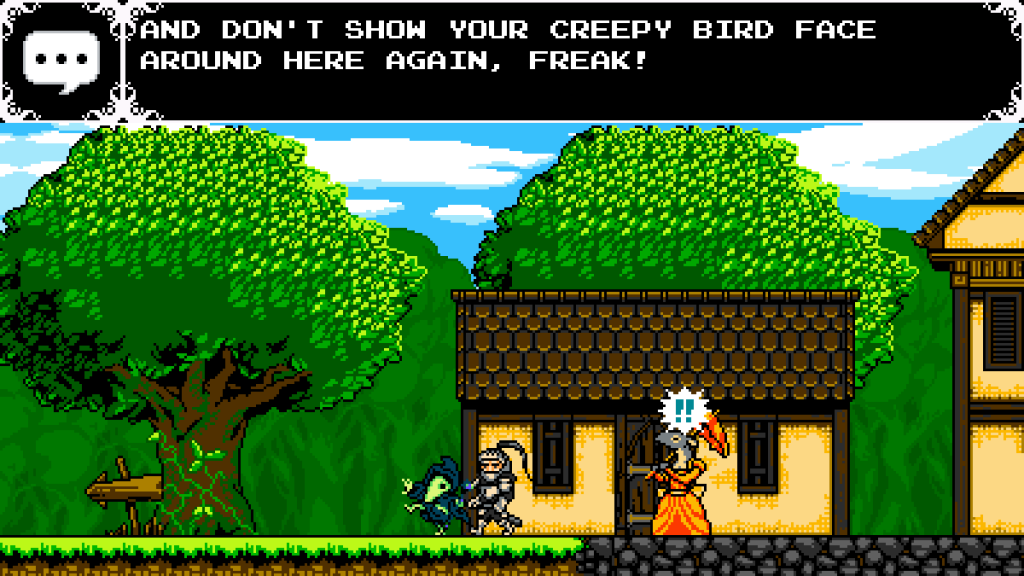 Along with treasures, you’ll also be able to collect Cipher coins. These are very special and large green coins that you’ll find at each level in the game, and they can be used to fund your valuable research – just talk to Mona to see how many Cipher coins you need to reach the next milestone! 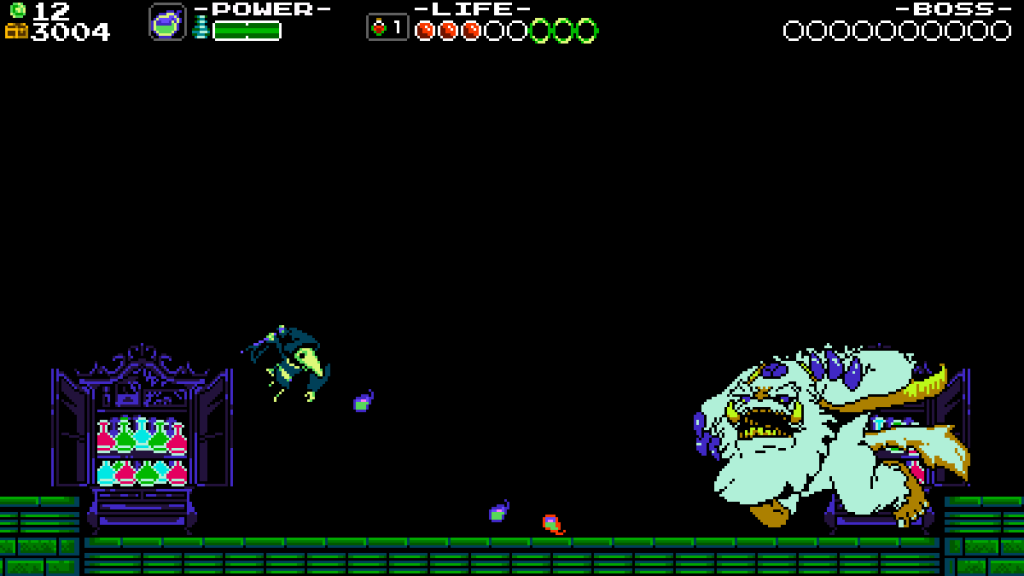 The game is certainly very challenging, but its graphics are still top-notch, as is the case for the fantastic music of Virt (Jake Kaufman). Yacht Club Games have given us a fun follow-up to Shovel Knight: Shovel of Truth. This new campaign is just as big as the first one, so you’ll be spending several hours playing everything the game can throw at you. 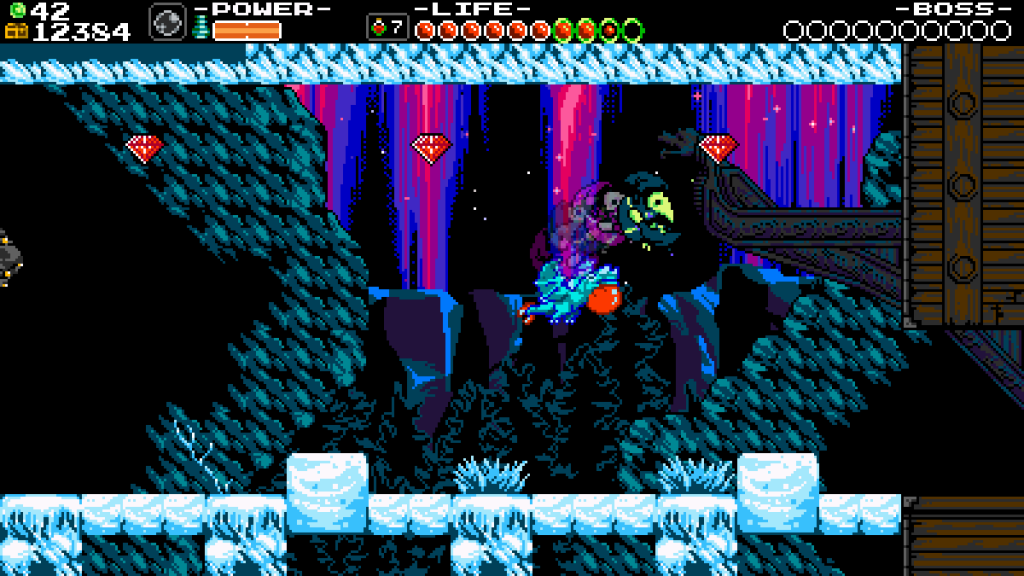 Disclaimer
This Shovel Knight: Plague of Shadows review is based on a Nintendo Switch copy of Shovel Knight: Treasure Trove provided by Yacht Club Games.