The Elder Scrolls Online: Morrowind Out On June 6

ZeniMax Online Studios has announced that The Elder Scrolls Online will be released on PS4 on June 6! Check out the announcement trailer below, and click after the break to check some new info! 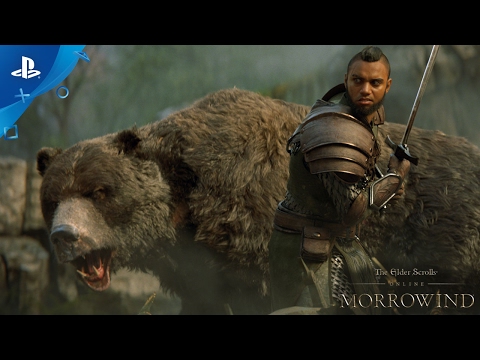 Jessica Folsom, Community Manager for ZeniMax Online Studios, had this to say:

Fifteen years after Bethesda Game Studios redefined open-world RPGs with their iconic release of The Elder Scrolls III: Morrowind, we’re sending you back to the fan-favorite island of Vvardenfell for more adventures in ancient mushroom forests and dusky volcanic landscapes.

As you can see in the header image, they’re giving The Elder Scrolls Online: Morrowind the royal treatment with a Collector’s Edition release. What’s in the box, you ask?

This premier edition is for the ultimate fan and includes the Discovery Pack, all premium digital content (outlined in more detail below), The Elder Scrolls Online base game, and the following exclusive collectibles:

Naryu’s Journal, a full-color, large-format art book chronicling the assassin’s pursuit of a conspiracy across Tamriel

The Dwarven Colossus Statue, a 12″ tall replica of the Colossus you saw in the announcement trailer and will encounter in the new Trial, the Halls of Fabrication

A full cloth map of Morrowind

A Dwarven Crown Crate that you can open for a chance to receive a Dwarven-themed mount, pet, costume, or other items

What did you think of the trailer? Are you getting the Collector’s Edition? Let us know in the comments below!