The galaxy is in danger of being destroyed! You need to help and steal the plans for the Death Star so that the Rebels can learn how to destroy it. Check out our Zen Pinball 2 – Star Wars Pinball: Rogue One review to learn more about this new table!


We have a mission for you. The Empire has a major weapon and we need to know how to destroy it. You have been recruited to a small band of rebel fighters to restore hope to the galaxy.

Table features:
– Rogue One’s adventures unfold in 10 story-related game modes, each with completely different playfield toys.
– Avoid stormtrooper detection in stealth missions!
– Engage in firefights and close combat in action-oriented game modes!
– Face Orson Krennic and his death troopers in an intense multiball mode!
– Try to evade the footsteps of the mighty stomping AT-ACT walker!
– Assist the heroes by navigating the U-wing or by shooting down TIE strikers as the ship’s gunner!

I always start my Zen Pinball 2 table reviews with the text below, and now is not the time to make an exception!

Zen Studios is back with more Star Wars content… which is certainly not a bad thing since you can never have too much Star Wars content. This time they have found a way to give Rogue One, the latest Star Wars universe film, the pinball treatment.

The table itself is a bit simpler than their normal tables. It’s got a fairly symmetrical design with two ramps on each side of the table, both looping around. The big feature though is the ever-changing panel in the center back of the table. Sometimes it will showcase a large AT-AT, other times it might be a force field that a ship needs to get through… and sometimes you’ll even see the Death Star itself.! 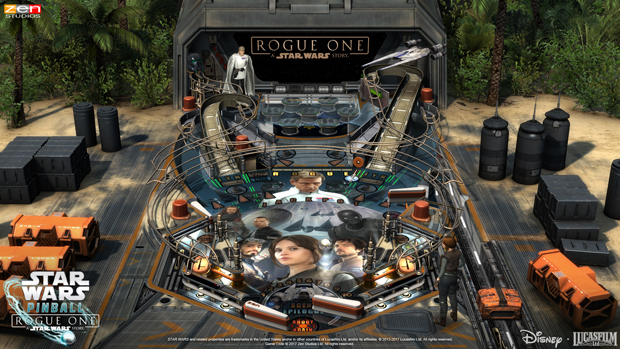 It’s a neat idea for the table giving it a considerable amount of variety, which is why it is the main featured area of the table. The theme will change continuously, always keeping you on high alert. One thing I did notice is that, for some reason, this table felt a bit smaller than other tables I’ve played for Zen Pinball, Star Wars included.

This table is a retelling of the final scenes in the movie on Scarif Beach, allowing you to work your way through the story. One thing that was included in the recent Bethesda Skyrim table was a save feature to keep your characters progress, and this is something I certainly want to see Zen Studios apply to more of their newer tables so that you can always be making progress in the main “story mode” of a table. 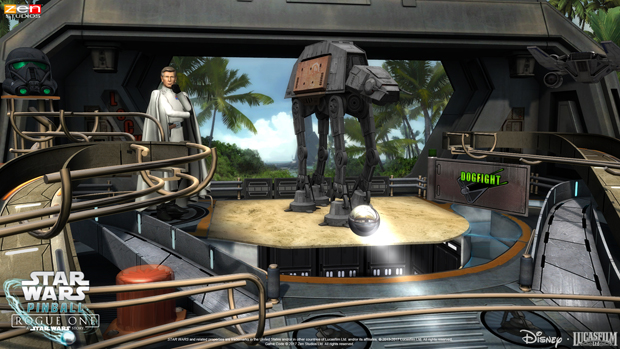 Zen Pinball 2 – Star Wars Pinball: Rogue One is a great addition to the Zen Pinball 2 family. It is a sound table that enthusiasts will certainly enjoy. It also shows that experimentation is still very much a thing for the pinball table designers at Zen Studios. If you’re a pinball fan, this is a very fun table. But if you’re a Star Wars fan, then this is certainly a must-have release for your Zen Pinball 2 collection.

Disclaimer
This Zen Pinball 2 – Star Wars Pinball: Rogue One review is based on a PS4 copy provided by Zen Studios. 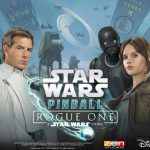