Sublevel Zero Redux is a first-person roguelike six-degree-of-freedom shooter game from Sigtrap and Merge Games now available on PS4. It takes inspiration from classics such as Descent and Forsaken, improving on the foundation set by Sublevel Zero to give us the definitive version of the game. Is it a fun release? Read our Sublevel Zero Redux review to find out!


You control a lone ship in a vivid maze-like facility full of endless corridors and doors that lead the way to new areas. The craft you fly is capable of hovering, strafing to the left, right, up and down, so it is easy to quickly get the hang of things. There is also a tutorial you can play to learn the but it’s very easy to pick up the game even without that. The option is always nice to have, so thumbs up on that. 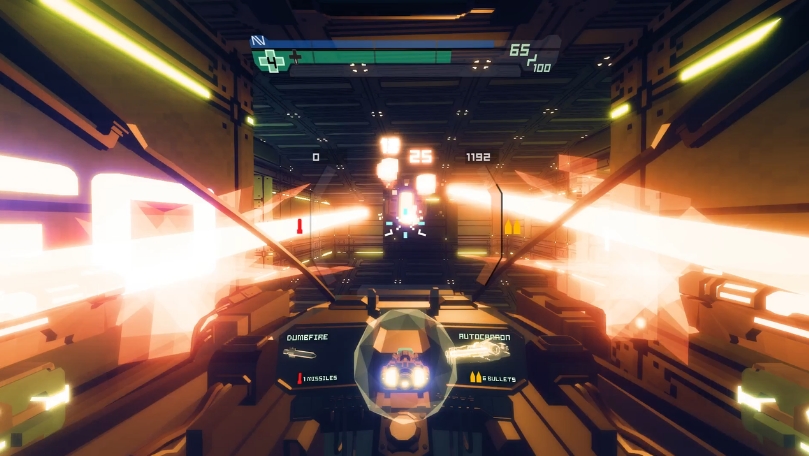 The layout for a level changes every time you die, so learning your way around the facility is a no go. Every door and corridor are different with each new game, and that’s what makes it a fun and challenging shooter!

The game is set in the distant future where the human race has scattered across the universe. Your job and mission are to pilot the ship as you search for answers to what exactly has happened. As you do this, you’ll run into sentries and other automated forms that will shoot you on sight and try to end your existence. 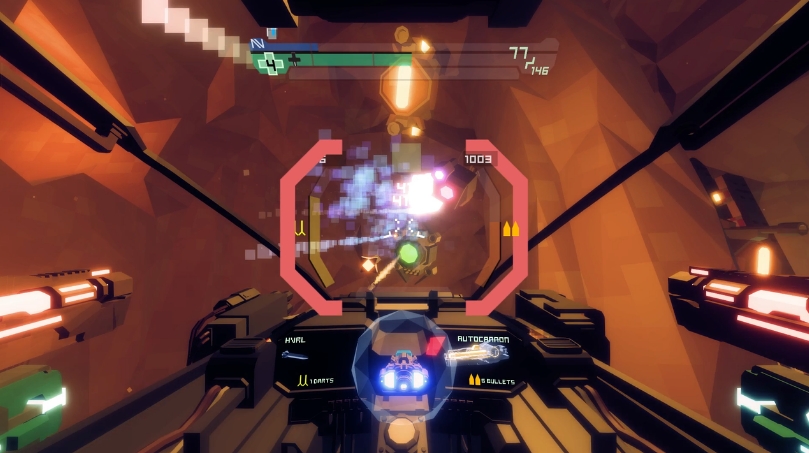 The battles are where the challenge lies as your enemies will hit fast and heavy firepower every step of the way. There is some trial and error involved during your first runs as you learn more about the dangers you’ll need to overcome. You have to make every shot count since ammo is sparse. Depending on what difficulty you play the game will be how much ammo enemies drop, so do keep that in mind!

Because of the roguelike aspect, Sublevel Zero Redux has permadeath. What this means is that when you die (and trust me, you’ll die a lot in this one!) you will lose everything on you. This includes any nanites (money) you have collected and any crafting materials. The only thing you get to keep in subsequent playthroughs are your collectibles, as well as big unlocks such as ships and datalogs. And yes, that does mean you can unlock new and better ships by completing certain requirements 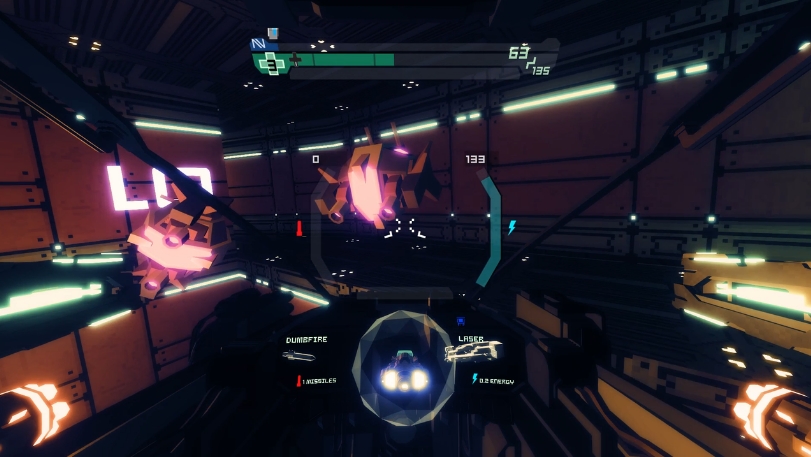 As for crafting, if you manage to survive long enough you’ll be able to use the materials you find to craft things such as tougher and better weapons to outfit your ship. This will greatly increase your odds of survival. Just be patient, learn the basics, take it slow, and craft some better equipment!

The environments are certainly colorful and they look great on PS4. Each area you visit will require that you immediately spot enemies and hazards, and the game’s art style makes it easy for players to spot said menaces. Remember, you can’t go in guns blazing or else you’ll be dead in seconds! 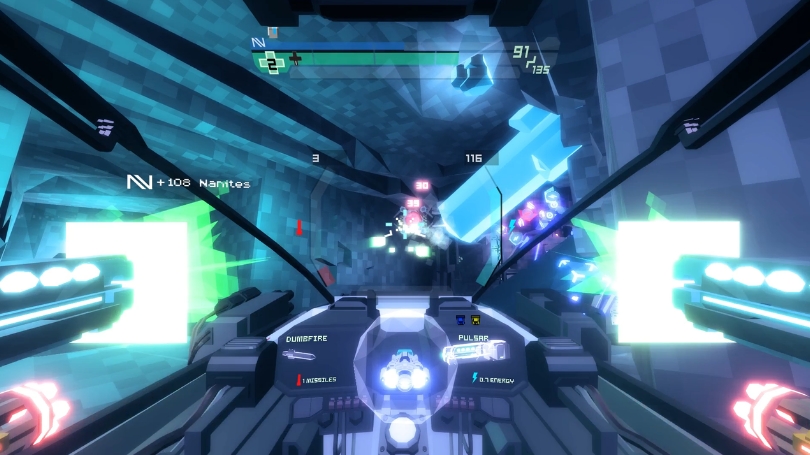 If you like a decent challenge with plenty of difficulty levels to suit your playing style, a ton of stuff to craft and ships to unlocks presented in a roguelike package, then Sublevel Zero Redux is the game for you! A single campaign run might be short, but this is a very challenging release with a lot of replay value thanks to the randomness of the levels for each run you do. 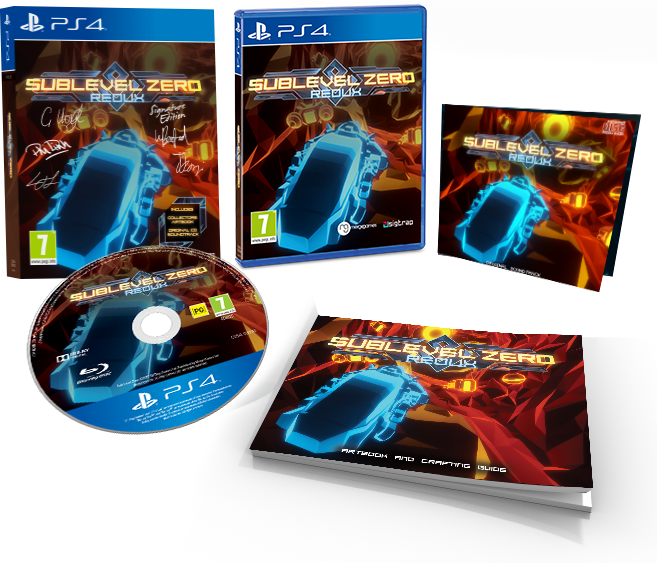 You can get the game digitally on PS4, or have a go at a limited edition physical version which you can purchase right here. The image below will give you a good idea of what’s included in the box.

Disclaimer
This Sublevel Zero Redux review is based on a PS4 copy provided by Merge Games.