Hue from Fiddlesticks and Curve Digital is an interesting puzzle/platformer available on PS4 and PS Vita. Do you want to bring some brightness to the game’s drab world? Then come read our Hue review to learn more about this game!


In Hue, color is at the center of all gameplay. You play as the titular character in a somber black and white world. After waking up, you take control of Hue and take him on an adventure to find the color that is missing in his life so that he can save his mother. Her name is Anne, and she has developed a ring which makes it possible to perceive and alter colors. Unfortunately, something goes wrong, and she ends up trapped in a void.

Soon after you start playing you’ll find your first color, and it is then that the game showcases its fun gameplay mechanic. By using the right analog stick, you’ll be able to select from the available colors to apply it to the world around you. At first, this is easy to do since you’ll only have the one color to apply, but once you have three colors (and more!), you’ll need to juggle colors as you run and jump around to make blocks and platforms appear/disappear. 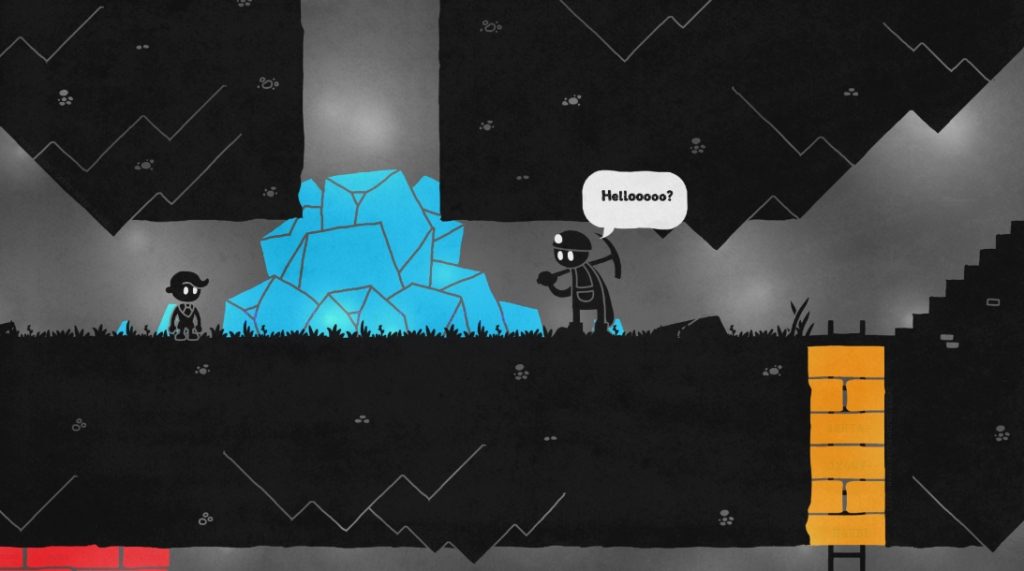 You’ll need to be careful because as you manipulate color, you might end up dropping boulders from above which will crush you. Or perhaps you might even remove the floor you’re standing on! You’ll eventually need to learn how to run, jump, activate the color change (which slows down thing) mid-air, land on a colored platform, jump again and change color (once again, in mid-air!) as you land on a colored platform that starts to crumble and which, if you’re not fast enough, will end up dropping you on some deadly spikes.

As you take Hue through each new section, you’ll run into letters written by Anne in which she explains her situation and the actions that lead up to it. This will give you a chance to better understand the why, where and how of life before the accident. 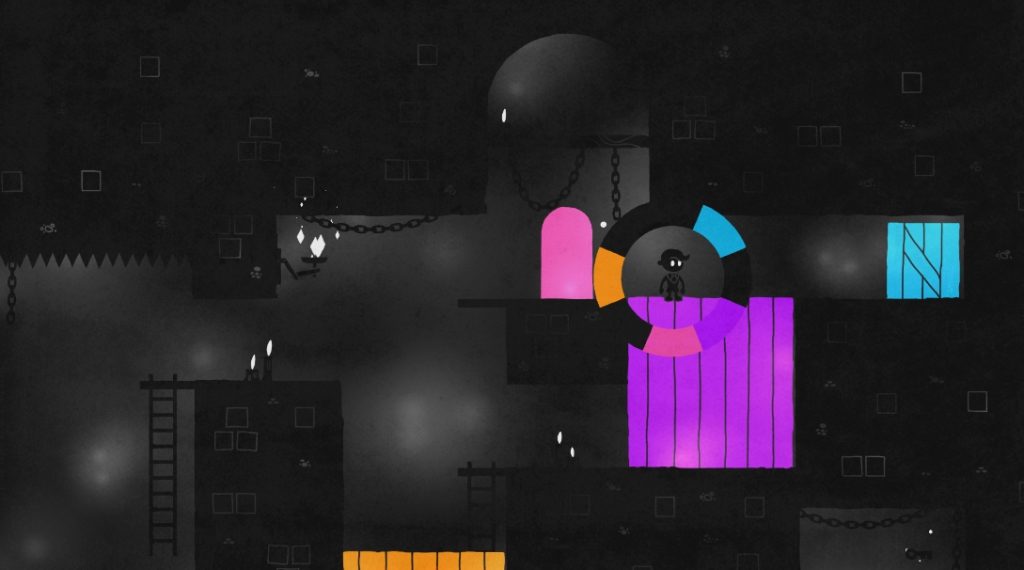 On top of clearing each area as you collect new colors, you can also search for the 28 beakers that are hidden in each area. You can check your map to see how many beakers are in each area, as well as how many you’ve already collected. I do want to warn you that you won’t be able to get all beakers until after you have gained access to all the colors in the game. I suggest that you get any beakers that you run into which aren’t out of the way or clearly inaccessible due to a color that is blocking your way so that you can lower the overall time you’ll need to spend doing cleanup. 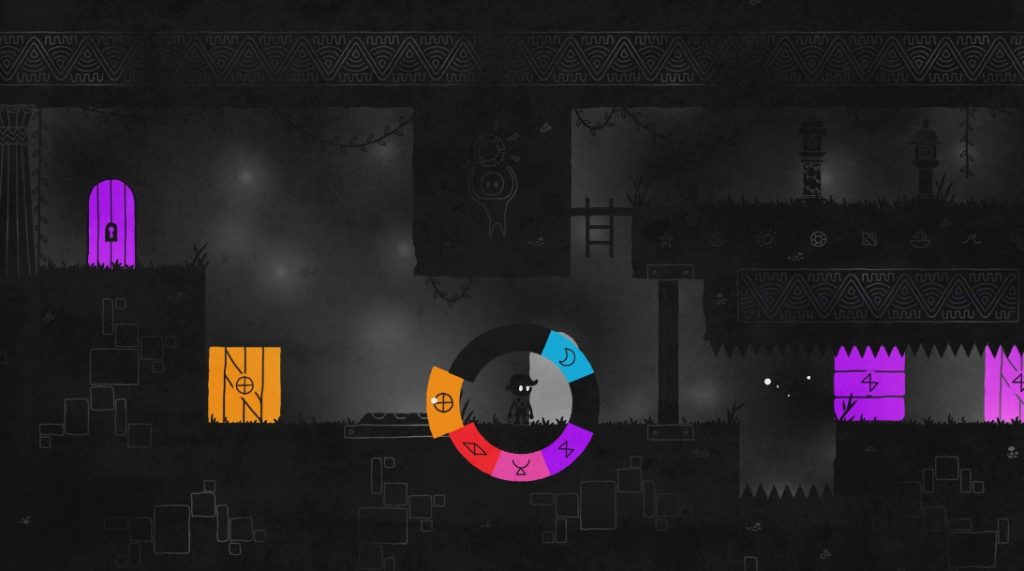 Since color is so important in the game, I’m happy to report that it includes a special option for those of you who are colorblind. By activating this option the color will and the colored objects will also display a symbol specific to each color so that you can enjoy this game. 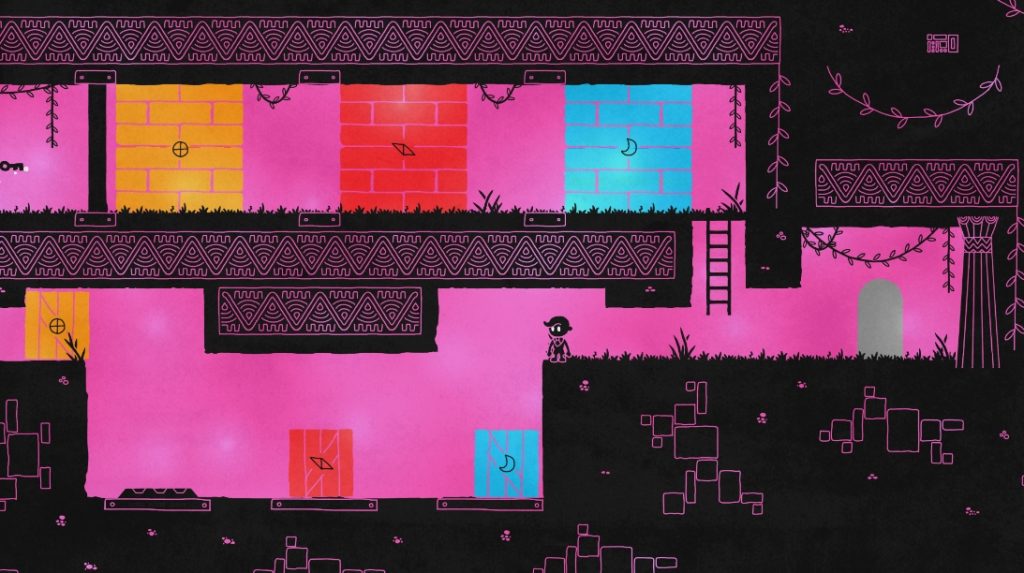 Hue includes 12 trophies in total, none of which are missable! You’ll get 11 trophies just from playing the game from start to finish, with the last trophy being the one for collecting all 28 beakers in the game. There’s one trophy for making 5,000 obstacles disappear which might seem like a lot of work, but it will be unlocked naturally as you play the game – I manged to unlock it between obtaining my fourth and fifth color. 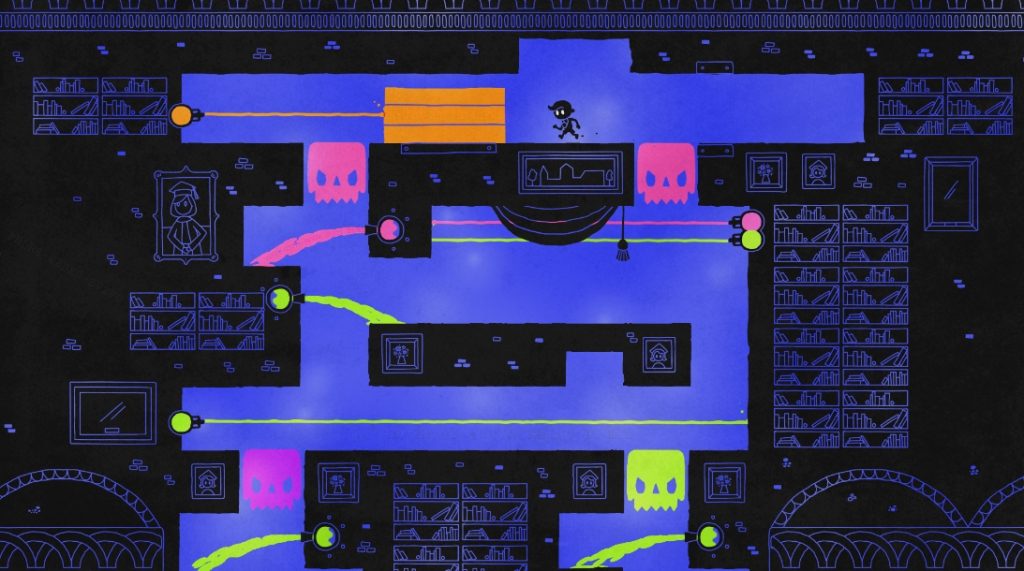 This was a very entertaining game that I’m happy I got a chance to write my Hue review. The color changing mechanic might not be completely original, but the way it is presented and executed in Hue makes is certainly different. The game is a bit on the short side since you can finish it in 4-6 hours with another hour or two at most for collecting the beakers. I highly recommend that you play this one either on PS4 or PS Vita so that you can enjoy it at home or on the go, especially since it supports cross-save between both versions.

Disclaimer
This Hue review is based on a PS4 copy provided by Curve Digital.

For Honor – Early Preview and Thoughts