On and on, on the beat goes…. you better eliminate those blocks as you move to the groove! Check out our Chime Sharp review to learn more about this puzzletastic release!

Place pieces, paint the board, make music. Chime Sharp is an sequel to 2009’s Chime, a music puzzle game with an addictive, ambient heartbeat. You tessellate shapes to cover a grid, while a beatline reads those shapes as notes. As you cover the board the music builds to a beautiful crescendo of your own design. The only way to discover Chime is to play it, but if you want a glimpse, consider what it might feel like to cross Tetris, a music sequencer and a hypnotic dream about your favourite pop song.

Chime Sharp takes Chime’s classic dynamic and updates it for 2017. The core rules are the same but the aesthetic is clean and modern and the game’s soundtrack has been completely refreshed. With sixteen new levels, experimental modes, new-era connectivity and sharper ways to play, Chime’s finally back — and it wants to be your new favourite mixtape. 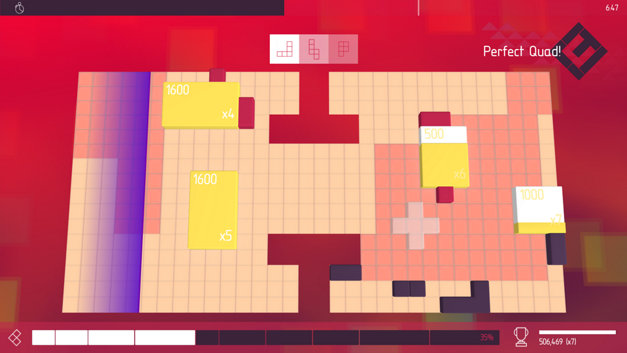 Chime Sharp is the sequel to the very fun Chime which released back in 2010. This one has been developed by Chilled Mouse and published by Ground Shatter. The game is a puzzle game that mixes elements of other games such as Tetris and Lumines while adding its own twist. As in Lumines, you have some great tracks and your blocks clear as you create 3×3 blocks with the Tetrominos pieces.

I never actually played Chime way back when, so I can’t compare this one to the original. That being said, I am a huge fan of puzzle games and Tetris is one of my all-time favorite games. Not to mention how I played a lot of Lumines on my PSP – more time than I probably want to admit.

The goal of this game is to use the tetromino pieces and place them on a board. As you create 3×3 blocks, or larger blocks, they will be cleared along to the beat. The larger the block, and the more blocks you create, the bigger your combos. Once you clear a part of the board off, it will change underneath. The goal is to get 90% of the board underneath cleared so that you unlock the next set of levels. The trailer above does a good job of showing you what you can do in this release. 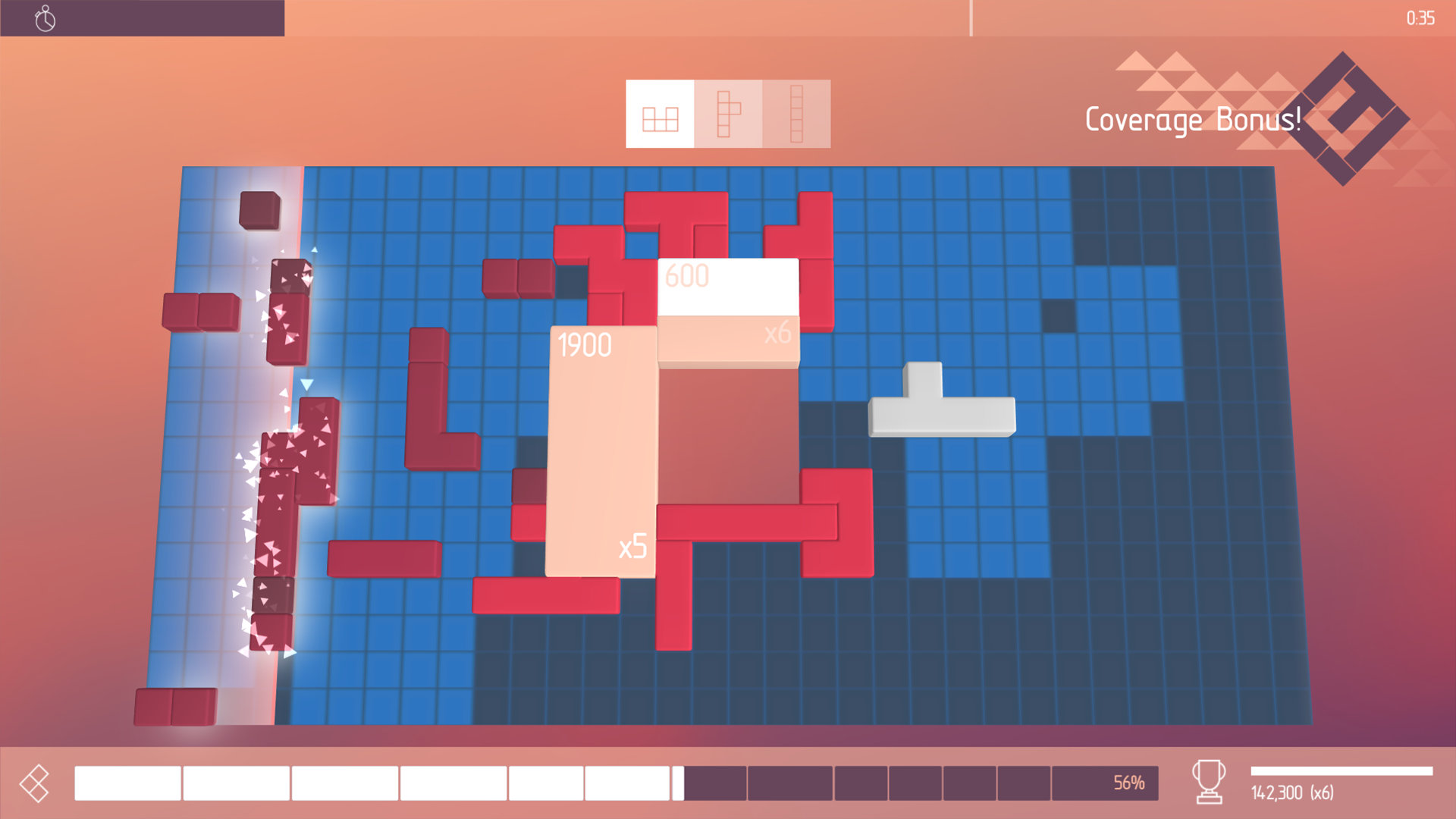 One thing the game does not do well, however, is explaining the gameplay in any meaningful manner. It shares with you a basic thing about eliminating quads and throws you into the game. It doesn’t talk about combos, about eliminating any dead pieces, about unlocking the new levels, or how any of the more technical modes actually work. There should have been a good tutorial to ease you into this, but alas there is nothing like that for this one.

The music is really good, and the game features sixteen different tracks, which is a good variety of content. It leans more on the electronic side of things, as expected, as the game’s whole premise is beats per minute and how quickly the game clears the board while you play.

The whole presentation of the game is very minimalistic, which you can tell from the screens and trailer in this Chime Sharp review. But I love the look of the game, down to its menus. It might be a bit minimalist, but that also means it is very clean and compact. It certainly fits with the theme of the game itself.

Chime Sharp does feature a Platinum trophy, and as with most puzzle games, it will take some serious skill and game time to unlock. Most of the trophies you should unlock easily while playing, but a few will be super difficult and will demand that you learn everything the game throws at you. 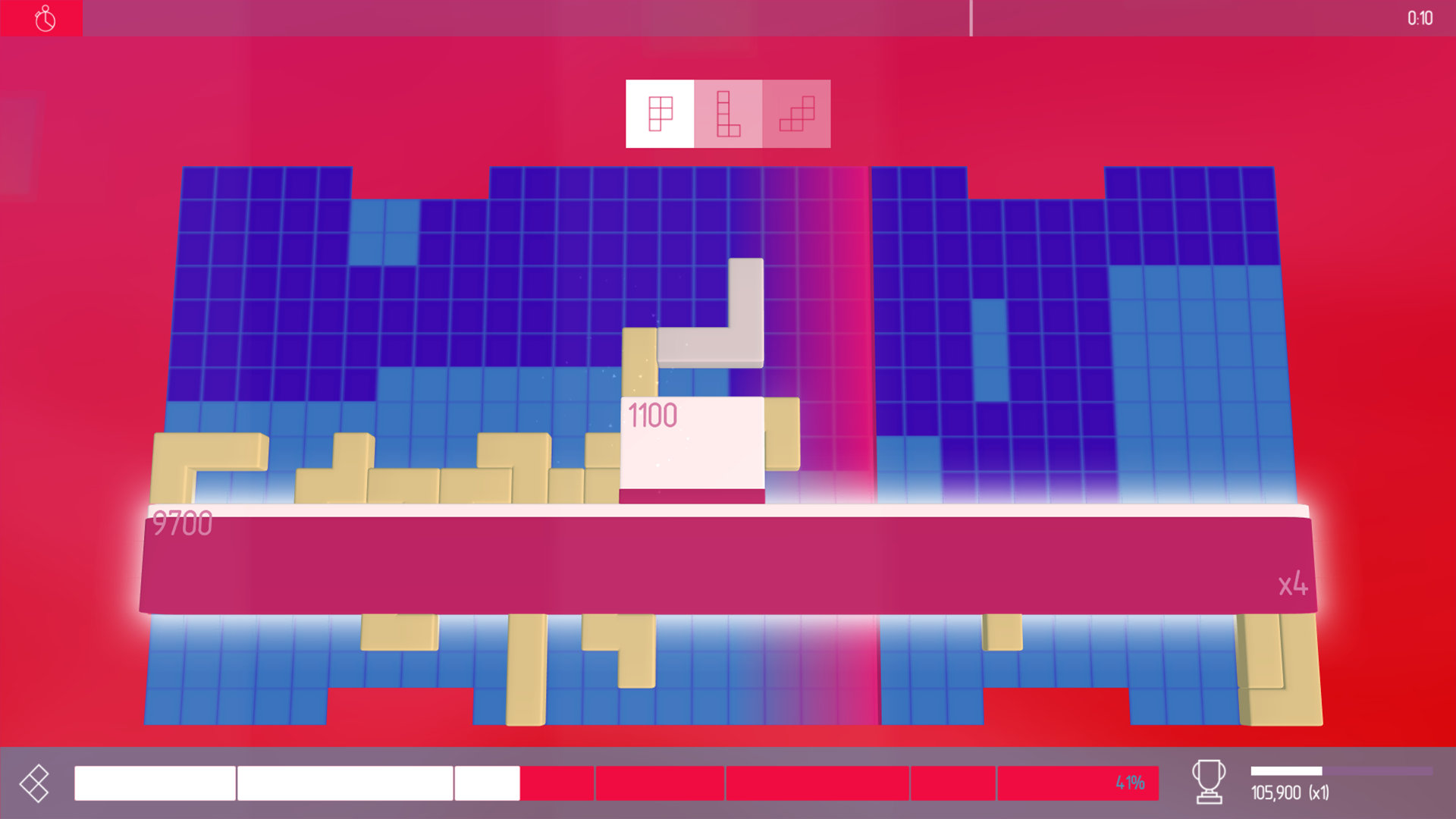 I liked Chime Sharp a lot. This feels like a game I could come back to repeatedly over the next year for a quick game or two. Its gameplay is quick and frantic but fun and elegant at the same time. I just wished they had spent a bit more time going over how to play the game and the rules in a tutorial, but it’s not a deal-breaker.

Disclaimer
This Chime Sharp review is based on a PS4 copy provided by Ground Shatter.