Spiders got in touch to share the teaser trailer for Greedfall, the latest release from the studio. Be sure to check that below and click after the break to learn more about this RPG, straight from the source!


Jehanne Rousseau, Spiders CEO, had this to say about the game:

GreedFall is an RPG at its core: it follows our experience in building intricate worlds filled with mysteries to discover. By weaving deep character interactions, and offering players multiple options and paths to accomplish quests and objectives (you can explore combat, diplomacy, deception, or stealth), this is going to be our biggest game yet! The island of GreedFall is a living, ever-evolving world. Your actions, from seemingly trivial choices to the most important political decisions, will influence and affect its course as well as the relationship between the different factions established on the island.

The game is still a bit far away from release, and right only has a broad “2018” launch date attached to it.

Be sure to stick around at PS4blog.net where we’ll keep you posted on all news about Greedfall and its development for the PS4!

Toy Odyssey: The Lost and The Found Out Tomorrow On PS4 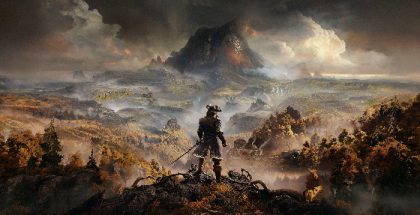