iO is a minimalistic physics platformer from Gamious in which you must basically get a ball into a portal. The premise might be simple but it makes for a fun and clever puzzle game. Come read our iO review to see why we recommend this console and portable release!

iO is a physics platformer in which you control a ball. By growing or shrinking the ball you can influence its speed and weight. Use these mechanics to gain momentum and make your way through the levels. Toy with the laws of physics, solve the puzzles, and reach the exit as quickly as possible.

iO is a physics platformer in which you must use your creativity to make a ball reach its destination. The twist here is that the ball can grow or shrink in size by pressing up or down on the right analog stick. By changing the ball’s size you change its velocity and weight, not to mention its ability to squeeze through small spaces. 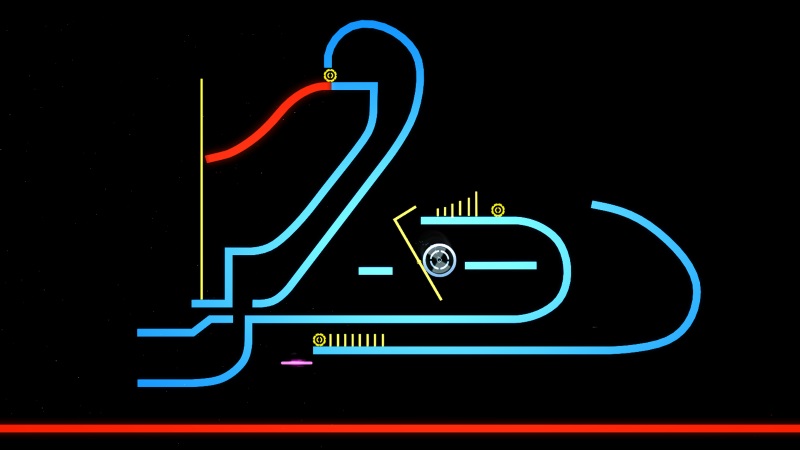 There are a lot of levels available in iO. You can start with a tutorial composed of ten levels that will teach you the basics of the game. After this, you get 150 “original” levels and the collection is concluded by 75 “irresistible” levels! So all in all, there are 225 different levels that can be played. To my surprise, I soon realized that none of the levels were locked, which means you can play them in any order. And yes, you can definitely skip the tutorial levels if you want to!

I liked the clear and focused interface in which each menu item is available as if rotating around a central ball. Very nice and clever. The only nitpick I have about this game is that given the minimalistic presentation of each level, I wondered how this game managed to take almost 500MB on my PS Vita memory card.

As Ceidz has mentioned, iO is a fun and clever puzzle game. The “change size as needed” gameplay mechanic works perfectly and makes it very easy to become addicted to the game. Before you even realize it an hour or two will have gone by in a flash!

The game includes thirteen trophies in total, split between one Gold, three Silver, and ten Bronze trophies. The list considers the medals you collect (as well as if they’re of the silver or gold variety), the number of times you’ve increased or decreased the size of the ball, and the number of levels you’ve played. Considering that the higher tiers of trophies have a requirement of 225 of each parameter, you’re going to spend a long time playing this one! 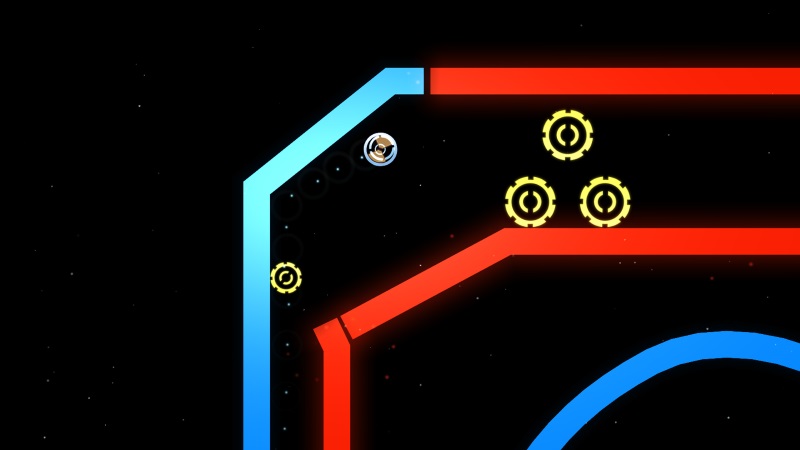 Getting a Silver medal in a level was never a problem since most of the time during my first run in a level I ended up getting either a Silver or a Gold medal. But every now and then a harder level would be in my way, demanding that I perfected it until I could barely manage to meet the time requirement for a new Gold medal. Trial and error are a must, which is why its great that you can quickly reset a level by pressing the Triangle button.

Final Thoughts
We both had a lot of fun with iO. We’re big fans of puzzle/platformers (and platformers/puzzlers) and this release on PS4 and Vita does the genre justice. There’s plenty of content to play, not to mention a ton of hard levels that will leave you scratching your head for a bit as they almost demand perfection from you. We highly recommend that you give this one a go either on PS4 and Vita since we’re sure you’re going to love it.

Disclaimer
This iO review is based on PS4 and Vita copies provided by Gamious.

Flywrench Out Today On PS4