We’ll soon be bringing your a review for Spheroids from Eclipse Games, so we got in touch with the indie studio to talk a bit about the game they’re releasing this week for PS4 and PS Vita.

PS4Blog: Welcome to PS4blog.net! Could you please help us get started by presenting yourself to our reader and telling them a bit about your work?

My name is Eduardo Jimenez. I’ve been in the games industry for a while now (over 12 years) and worked in AAA games such as Pure, Split Second and Disney Infinity. A few years ago I decided to try luck on my own with a couple of guys and formed Eclipse Games. We started Eclipse Games to try to do fun games that were – sometimes – inspired by old games we enjoyed and loved back in the day, but that haven’t seen substantial remakes or updates.

Since the creation of Eclipse Games we have published a few games: LightFish, a small game inspired in QiX (a classic game!) which has some nice mechanics that, IMO, haven’t been explored as much as they should; Super Toy Cars, a racing game inspired by the old MicroMachines releases but with some changes and innovations of our own; Tachyon Project, a dual stick shooter inspired by Geometry Wars but with a story and some nice gameplay twists; and finally, Spheroids which we’ve already released on Wii U and which will be out on PS4 and PS Vita this week.


PS4B: We’re currently playing Spheroids to post a review at the site. How would you describe the game to someone who’s never heard of it?

Well, the game is easier to describe if you’ve heard of a game called Pang! (aka Buster Bros). If you know the game, then I’d say it’s Pang! mixed up with (lots of) platforming. If you haven’t heard of the game, then I’d probably describe it as a platformer game with ‘combat’ sections where you have to fight against rounded aliens that basically bounce around the screen. You can only shoot upwards, so you have to time your shots to burst the the round enemies.

The concept might seem a bit silly, particularly described as this, but I believe it’s a lot of fun, and we think we managed to mix it up nicely with some unusual and (although not completely original) inventive mechanics. The grappling hook, the gravity boots or the different planes certainly mix things up. Or at least we hope they do! 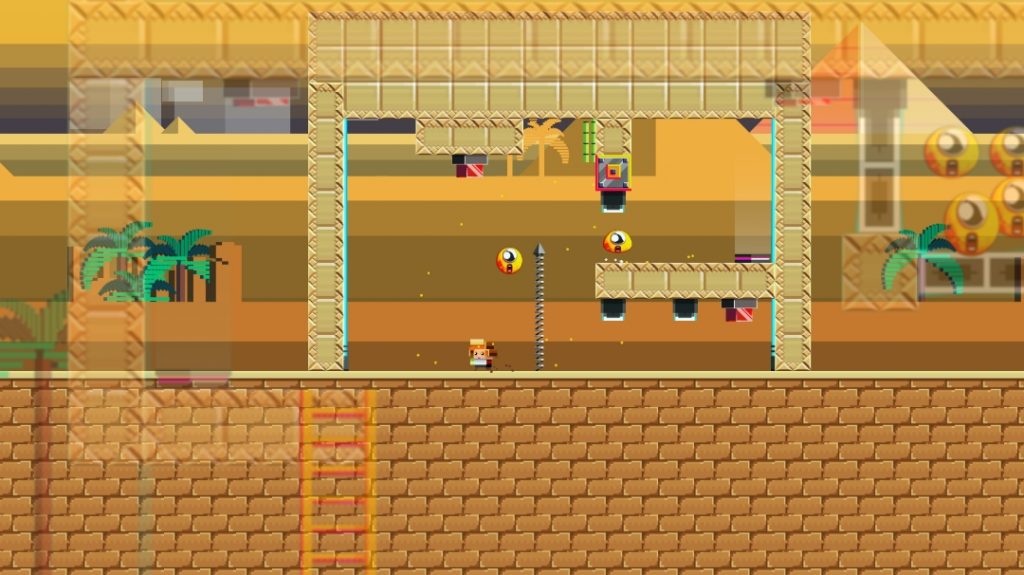 PS4B: The game is a lot of fun and features a very arcade-style premise. On that note, are you considering adding more content to the game as DLC now that the project has finally been released?

We don’t have plans for DLC at the moment, but if the game sells well enough, we could certainly considering add some new levels, enemies, and gadgets. There are some things we didn’t include because we didn’t have the time and budget for it, but if we realize the game has generated enough interest I’m sure we’d find some time to implement these things! 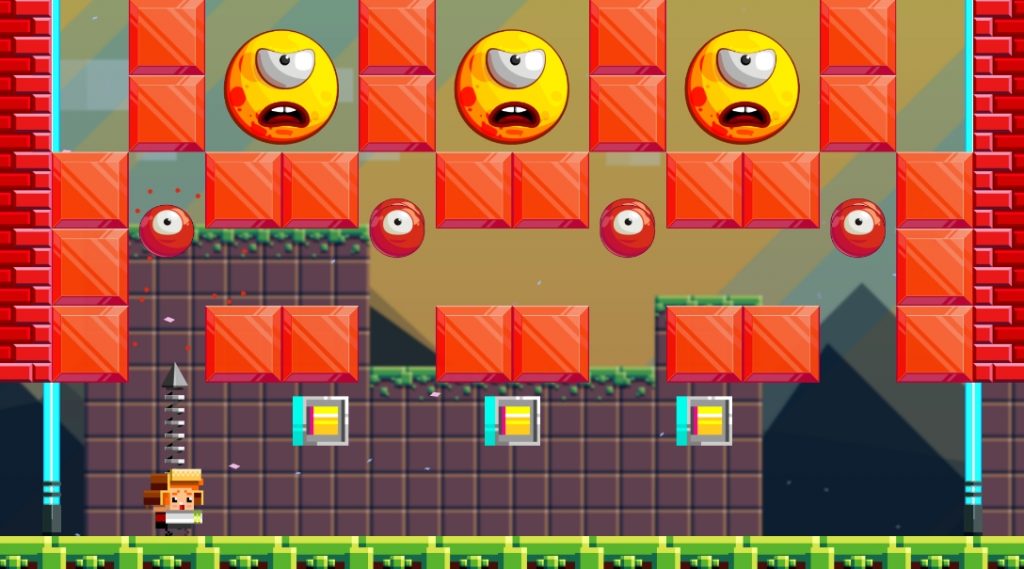 PS4B: What’s next for Eclipse Games? Any projects you’re currently working on that you could share with us?

Well, we have just started a couple of projects a bit bigger than Spheroids, but these are way too early to speak about at the moment.

On the other hand, what I can certainly speak about is Vesta, a game we’re co-producing – the main company behind it is Final Boss Games which was founded by my friend Manuel Usero. 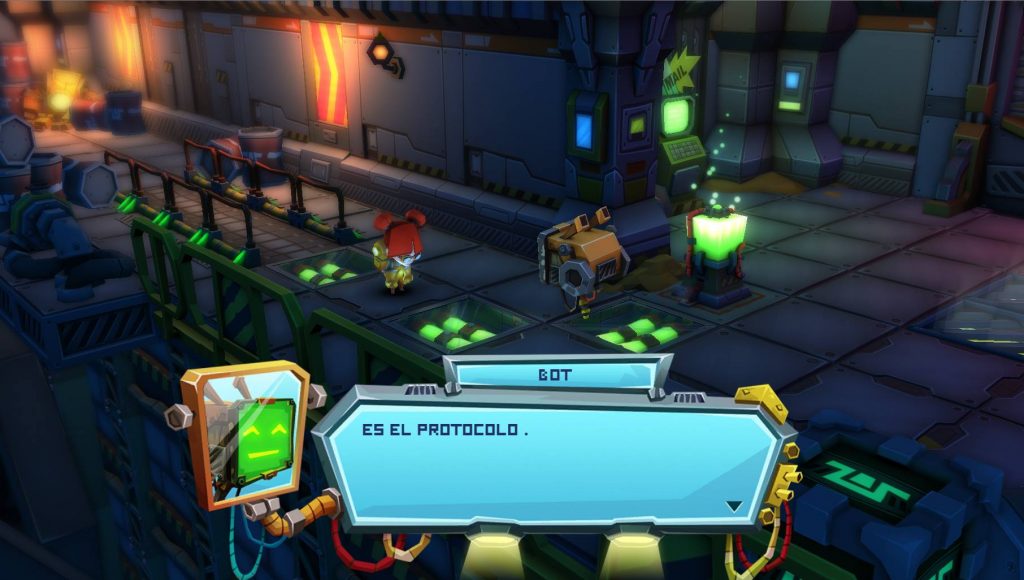 I’d like to thank you for your interest in Spheroids, and I really hope that your readers get a chance to play and enjoy the game.

I’d also like to encourage everyone to let us know what you think of the game, and should you run into any issues or want to offer your feedback, be sure to contact us at [email protected] We’re more than happy to speak to players about our games, and if there are some bugs or glitches you find, if you let us know about them, we’ll do our best to fix them! We value everyone’s opinion and I think there’s a lot we have to learn, and listening to players is certainly a good way of doing so. 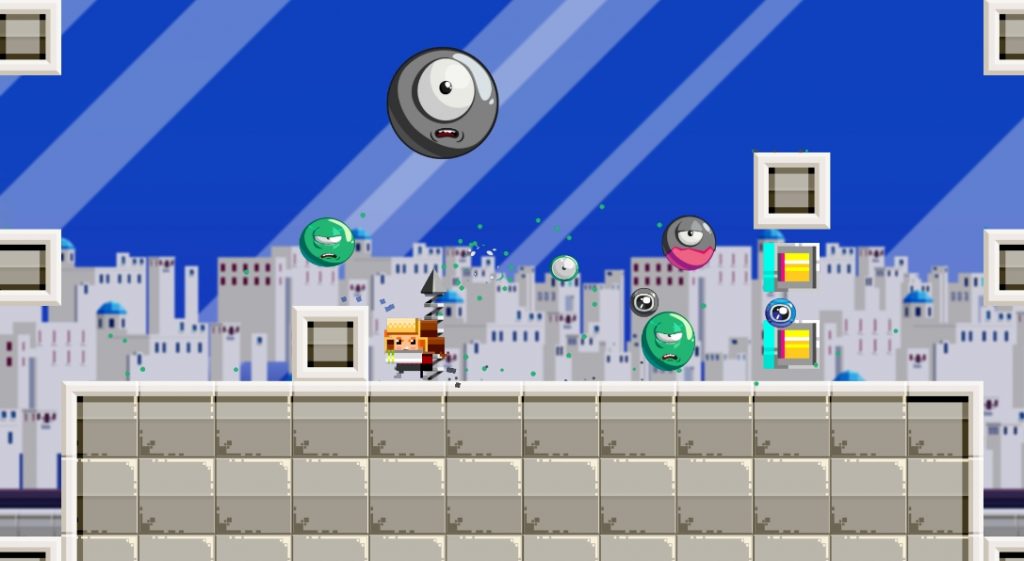