Are you ready to Fairyize? What’s Fairyizeing you ask? Well, think morphing like the Power Rangers, but you combine with your fairy partner and get ultra powerful! Sounds interesting? Then come read our Fairy Fencer F: Advent Dark Force review to learn more about this game!


Fairy Fencer F is reborn as Fairy Fencer F: Advent Dark Force for the PlayStation 4 system, in updated HD. Continue your adventure through three new story paths. Play as Fang and his gang as you face off against a new, evil organization, meet new fairies and fencers, and collect the furies scattered across the world. Each path leads to a different outcome, so choose wisely. The turn-based RPG battle system allows you to transform during battle and defeat enemies quickly.

Alongside new content, you can now have up to 6 characters on the battlefield at a time. That’s double the fairies and the fencing. With so many characters, players will be allowed to balance gameplay with three new difficulty settings.

Three paths to play
The Goddess story, the Vile God story, and the Evil God story are but three ways to adventure in the world of Fairy Fencer F. Your direct choices affect your destiny.

More fencers and more fairies
Battle with up to 6 characters in your party and power up characters or add stat bonuses through world-shaping with the new fairy friends you find.

Three modes of gameplay
Choose between Easy, Medium, or Hard to suit your play-style and your team.

This is a double review for the PS4 version of Fairy Fencer F: Advent Dark Force. The game was played by EdEN and the_nmac. This review presents what they both had to say.

Fairy Fencer F: Advent Dark Force is a new take on Fairy Fencer F, a very good game that was originally released on Sony’s PlayStation 3. Before you dive into the game, you’ll be selecting between three difficulty settings so that players of all skill levels can enjoy this great RPG. The options are Easy, Normal and Hard and, as you can imagine, completing the game on Hard will reward you with a shiny trophy. I don’t recommend you jump into hard as your first run – you’ll be overwhelmed if you don’t understand how the game’s battle system works.

The game opens up with Fang being broken out of prison by Eryn, a fairy he liberated a few days earlier – this is shown during a short flashback sequence. Eryn tells Fang that for his wish to be granted – he wants nothing but food – he must find other fairies to fulfill his destiny. He becomes a Fencer against his will… or at least that’s how things are supposed to go. Fang refuses to collect 100 weapons to complete the quest. 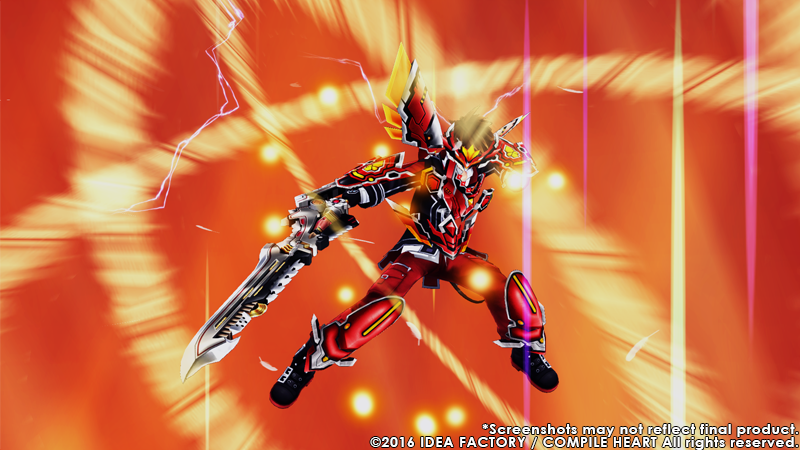 Once the first block of story is over, you’re thrown into a short tutorial to give you the basics on how battles work. Each fight is turn-based, and you’ll get to see who is about to take a turn by looking at the turn order on the left side of the screen. You’ll get to more around with the left analog stick, and you’ll get to attack with the X button as long as there’s an enemy within your range. If on the other hand, you select to wait by pressing the Square button, your P-DEF will increase, and your next turn will arrive sooner than usual – this is useful for when you know, you’ll be attacked by more than one enemy. You also have access to commands thanks to the Triangle button. These are split between Magic and Skills that can be activated depending on their HP and SP costs. They can’t be used as you please, but they’re very strong and can quickly turn the tide of battle.

Once your tension gauge is high, enough you’ll be able to Fairize. This allows you to combine with your fairy in order to greatly increase your stats during your Fury form. Using it during a boss battle will increase your odds of defeating the powerful beats and enemies you’ll run into during your adventure. Keep an eye on your tension gauge once you’ve transformed since if it falls too low the bond will break and you’ll return to normal. 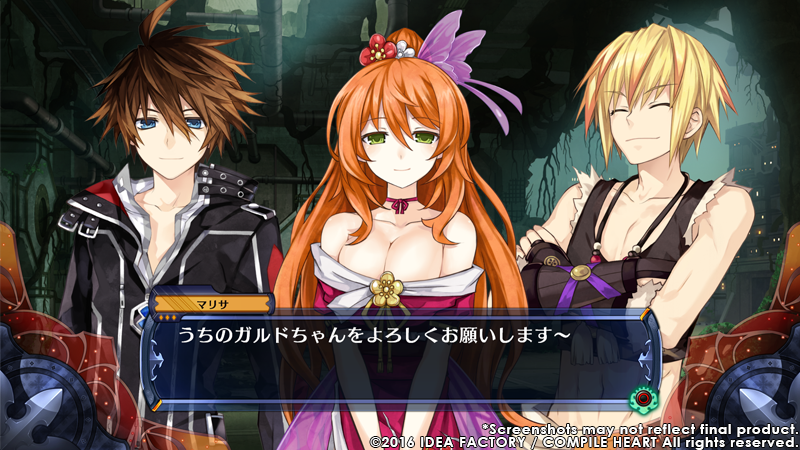 As you explore each dungeon, you’ll need to search for items that can be secured all over the place. Another thing to keep in mind is that save points are very helpful since they’ll allow you to save your progress – if you don’t use them you won’t be able to continue with your adventure during a different gaming session. In dungeons you’ll be able to jump to avoid what at first might seem like a dead end, strike your enemies before entering battle in order to gain the advantage, or use the L2 button to quickly dash out of harm’s way. You should use your attack while in dungeons to destroy any objects you find since this will reward you with gold and items – if you see something that might break, go for it!

Each character has some optional challenges to complete which will grant bonus to their stats. These can, for example, ask that a character act as the party leader for X number of minutes, walk X meters as the party leader, battle alone for X battles, use items in battle, and more. You’ll need to switch around who the acting leader is for several of the challenges, but in the end, it will be worth your effort. Gaining bonus to your Intelligence, HP, attack, agility or to other stats can make a big diffence during your run, so always aim at completing a challenge or two as you play!

So I actually had the chance to review Fairy Fencer F when it was first released on PS3. You can read the review right here. I had a great time so check that review out as it still holds true to my feelings about the game.

As EdEN kind of gave an overview of the game I wanted to focus on the port to PS4 and the changes or lack of changes. I’ll also be focusing on what worked and what didn’t for this transition. 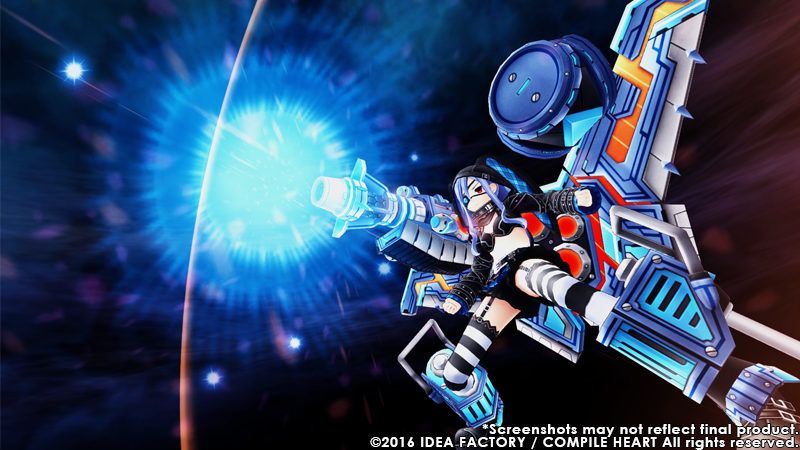 There are two big additions to the game that really change the flow of the game overall. The first is that in the PS3 version you could have up to three people in your party. In the PS4 port that has changed, increasing the total number to six! This really changes the feel of the battles letting you play with different strategies. Other than that the same great battle system remains unchanged overall. Also if you find the new amount of characters has made the game too easy, the developers have introduced difficulty levels so that you can have a hard playthrough if you want to.,

The other big addition to the game is the Evil Goddess, as well as an entirely new storyline to take your characters through. This is great since it gives players who have already completed the game a reason to come back and it makes the entire package have more value as there are now three routes to take your game through!

Now I want to talk about what I was hoping to see changed. All of the 2-D scenes still look great, popping off the screen with bright colors and great character design. That being said, whenever the game changes to 3D character models, it very much feels like a PS3 game. I’m not noticing a change to the 3D graphics as has been the case for other full PS4 remaster. That’s not to say I didn’t see any graphical improvements as I did notice better draw distances that make the world feel larger, and the frame rate is pretty high compared to the PS3 version – although there was the occasional dip. 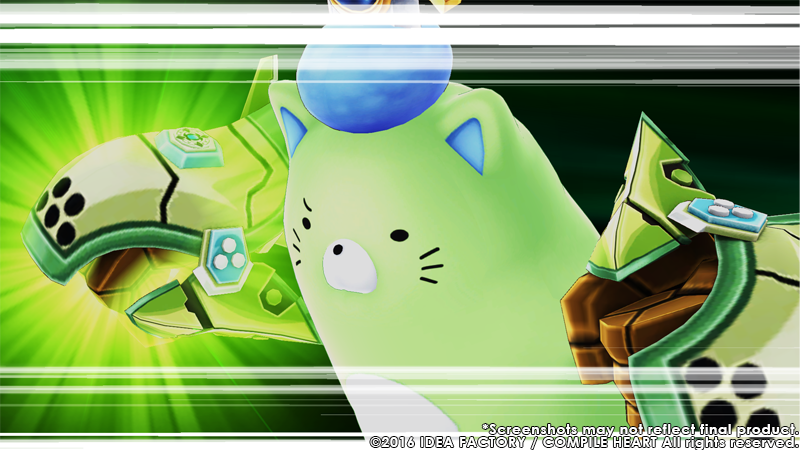 FINAL THOUGHTS:
Overall we really liked what this new take on Fairy Fencer F had to offer. If all goes well, we might even get a sequel on PS4! The addition to the battle system was great and completely changes the way battles play out. The new storylines are a major addition to the game and give players who already enjoyed this one on PS3 a reason to come back for more.

Great RPG, with some new elements making the PS4 version even better.

Disclaimer
This Fairy Fencer F: Advent Dark Force review is based on a PS4 copy provided by Idea Factory International.