Laser Disco Defenders from developer Out of Bound Games and publisher Excalibur Games is a charming and fast-paced procedurally generated twin-stick bullet hell shooter with a groovy 70’s soundtrack. Did that grab your attention? Read our Laser Disco Defenders review to learn more about this fun release!


In this PlayStation 4 and PS Vita cross-buy game you take control of the Laser Disco Defenders who are on a quest to defeat the evil Lord Monotone. They must act fast before he can use the Mirror Moon to force everyone to dance to nothing but his single tune. Where’s the fun in only being able to dance to the same song over and over again?

The game is a bullet hell release with a twist. You see, every shot you make, every laser you send, will come bouncing back to damage you! This means you can’t just fire your weapons all over the place, or else you risk filing the entire level with lasers that will destroy you in a handful of seconds. On top of this, the lasers fired by your enemies will also bounce around a level’s walls, so you better destroy them as fast as possible! 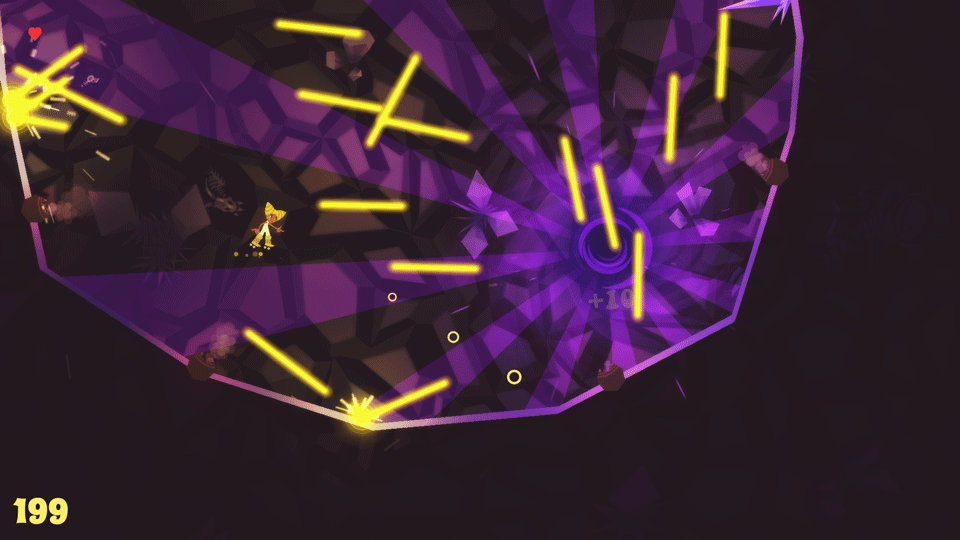 You can select between four available characters. There’s MR. Baker, a sturdy fellow who has fourth health hearts but who is heavy and slow. Another option is Tommy who is faster than MR. Baker but has one less heart at the start. Then there’s Donna, who is the most balanced of the bunch with two health and three movement. The final member is Liz, the fastest of the group with four movement but only a single heart at the start.

To complete a level you must destroy every enemy within its limits, so you have to make each shot count. Why? Because once you kill the last enemy you’ll still need to make your way to the warp point that will take you to the next level. This can be extremely dangerous if there are 30+ lasers bouncing around the level. 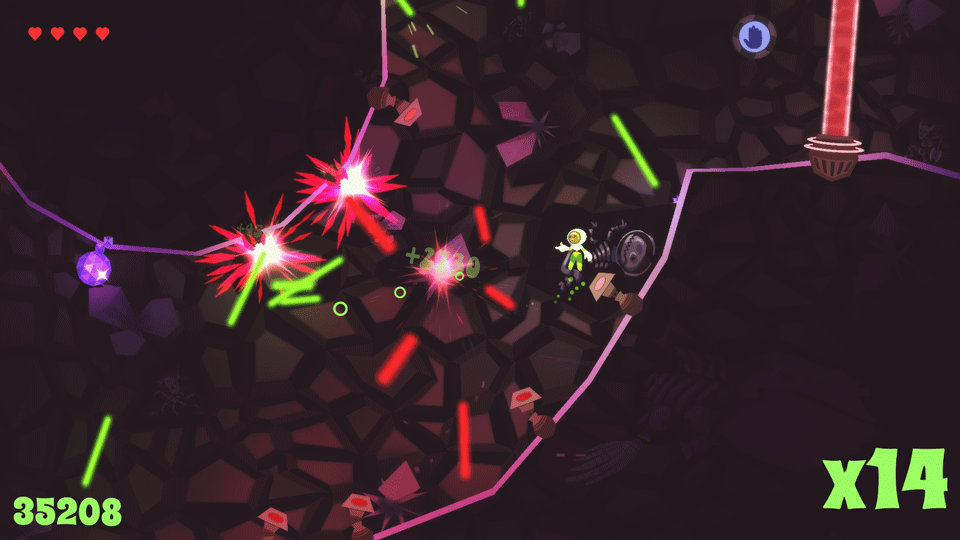 As you play you’ll not only need to complete all levels in Story Mode, you’ll also have a chance to complete some extra goals such as completing a set number of levels in a row without being hit, or defeating X of a specific enemy. Completing these challenges will allow you to unlock new accessories for your outfit which will grant you some bonus skills. You can, for example, equip a medallion that protects you from one hit. Or perhaps you might favor a suit that allows you to shoot many small lasers instead of the regular longer but just as deadly laser in your arsenal.

If you want to survive, you need to be careful with your hearts since you can easily make a mistake and be hit twice in a row while you try to find a path away from the mayhem. Luckily enemies sometimes drop a heart you can grab to replenish your health. The great thing is that you can also add hearts to your total health! This means that Liz could end up with 3-4 hearts by the middle point of your run if you do things right, which will certainly be useful in later levels. 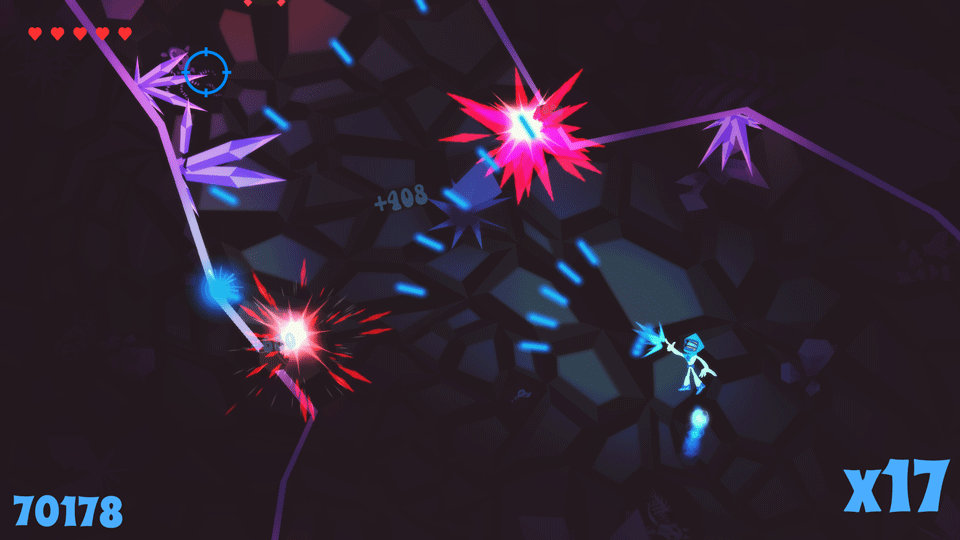 Once you complete the Story campaign, you’ll unlock an Endless mode that will allow you to play the game’s randomly generated levels for as long as you can last. The longer you play in this mode, the more difficult each level will get as it tests your skills to their limits. How far can you go before you run out of hearts?

The game’s trophy list, which doesn’t include a Platinum trophy, is a challenging one as it tasks you with completing the game with all four characters. On top of this, you’ll need to get good at not being hit (so that you can complete eight levels in a row without receiving any damage) and surviving for a while in Endless mode. There’s also other trophies for defeating a ton of enemies, completing a level while 50 lasers are flying around, and more. 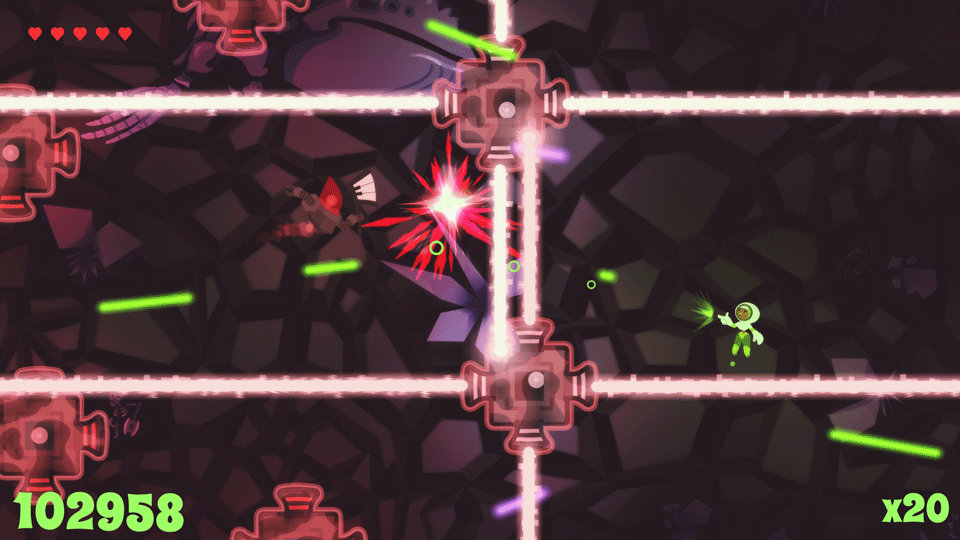 Laser Disco Defenders is very addictive and a lot of fun. A single run in story mode will keep you busy for a bit as you retry over and over again after being defeated. Every time you lose you learn something, and unlocking new accessories will give you and advantage over your enemies in subsequent runs. If you’re looking for an arcade-style release on PS4 and Vita – and a cross-buy one – then you should definitely give Laser Disco Defenders a try!

Disclaimer
This Laser Disco Defenders review is based on a copy provided by Excalibur Games.

Official PlayStation Blog Game of The Year Results Are In!