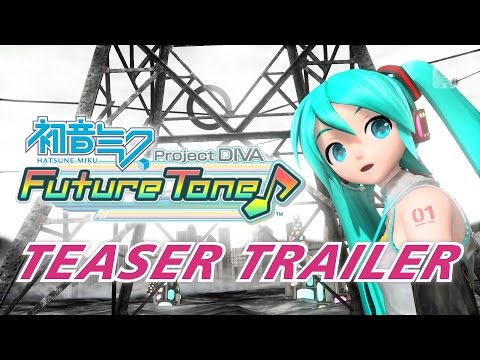 After the excellent Hatsune Miku: Project DIVA X, SEGA is back with a massive release that goes for something new. The two collections of songs in the game each feature different songs tailored to a particular style. For example, the Colorful Tone pack includes songs that are more upbeat and that have been taken from Project Mirai and the arcade releases for the series. On the other hand, Future Sound focuses on the Project DIVA side of things and has more of a rock and dance vibe selection of songs. Each set is available for $29.99, and if you want to get both sets in a bundle, you can do so for only $53.99, saving you $6 in the process. 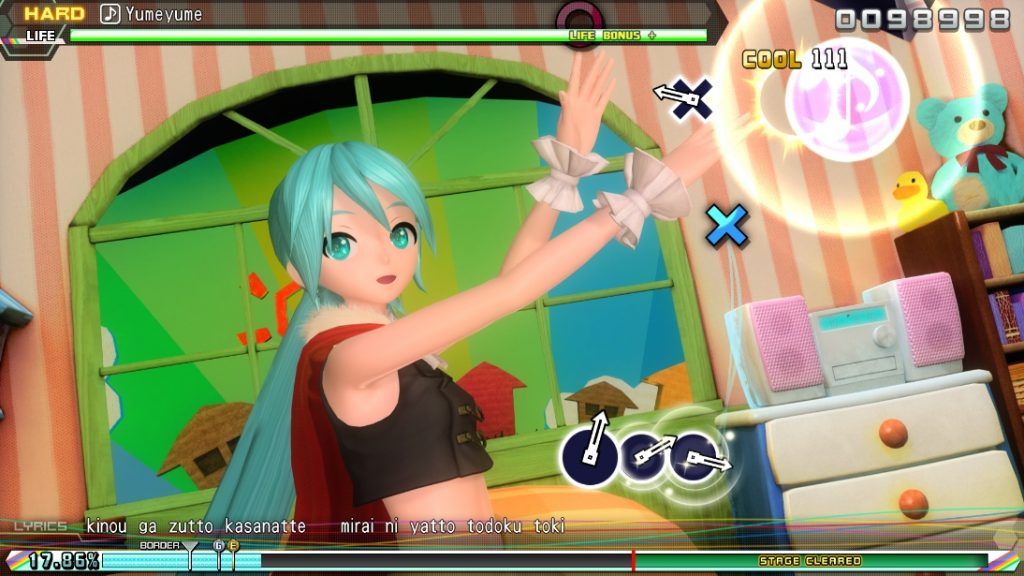 The game kicks things off by placing you in a tutorial where you’ll be able to learn the basics of how the game works. At its core, each song presents players with a specific pattern of icons that fly into the screen, and you must press the corresponding button (or a direction on the D-Pad that matches the place where said face button is located) at the same time the icon overlaps. That means you’ll be using all four directions of the D-Pad and the Square, Triangle, Circle and X buttons. There’s also the need to press two or more buttons at the same time, which is why the D-Pad and the face buttons mirror each other – this mimics the arcade setup for the Hatsune Miku series. 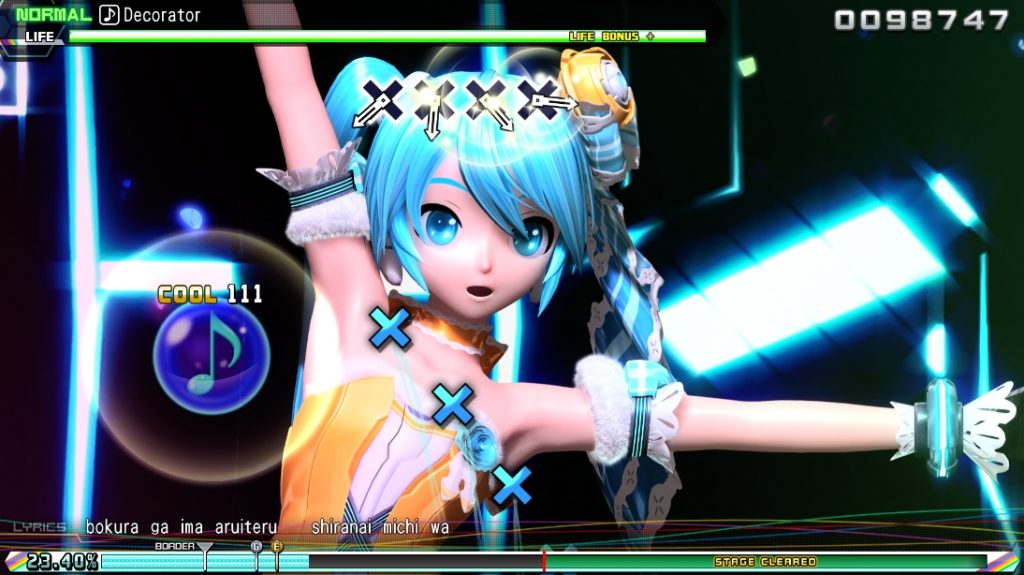 On top of this, you will also use the left and right analog sticks and the L1 and R1 buttons for special colorful arrows that point either left or right. If you’re dealing with singles of these icons, you can use either the L1 button or flick left on the analog stick, or the R1 button or flick right on the analog stick, depending on the direction in which each single icon is pointing. But you’ll also run into groups icons that must be pressed at the same time. Since most of us only have ten fingers at most, it is here that you’ll be combining buttons to match the required combination. Just wait until you see four icons fly in, all connected by a line, demanding that you press all of them at the same time with precise timing. 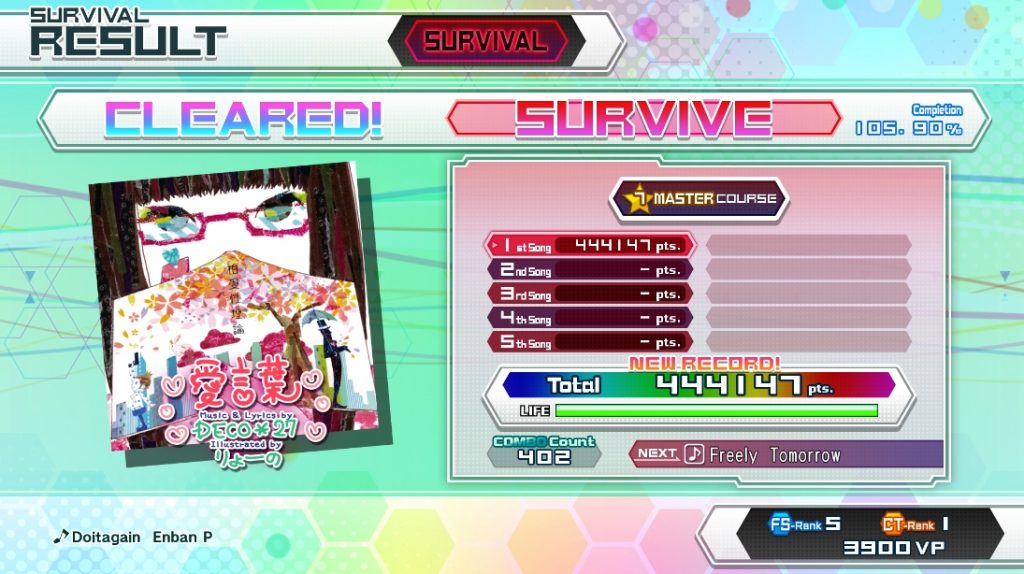 There’s also icons you need to press and keep pressed during a small window – this is pointed out by an outline you must follow. Something else to consider are hold icons. Every now and then an icon might show up with the word hold, and this asks that you hold the corresponding input to secure a considerable bonus to your score. Mind you, the rest of the icons will still continue to make their way towards the screen, so that means you’ll need to plan accordingly on the fly so that you’re not left in a situation where you can’t properly reach the rest of the buttons for a sequence.

After the tutorial, I suggest you go into the options menu so that you can test and configure the lag calibration for your display. This being a rhythm game, every button press has to be as precise as possible, and since each display is different, lag calibration is a must. You can also take a moment to review the online manual for the game if you want to. 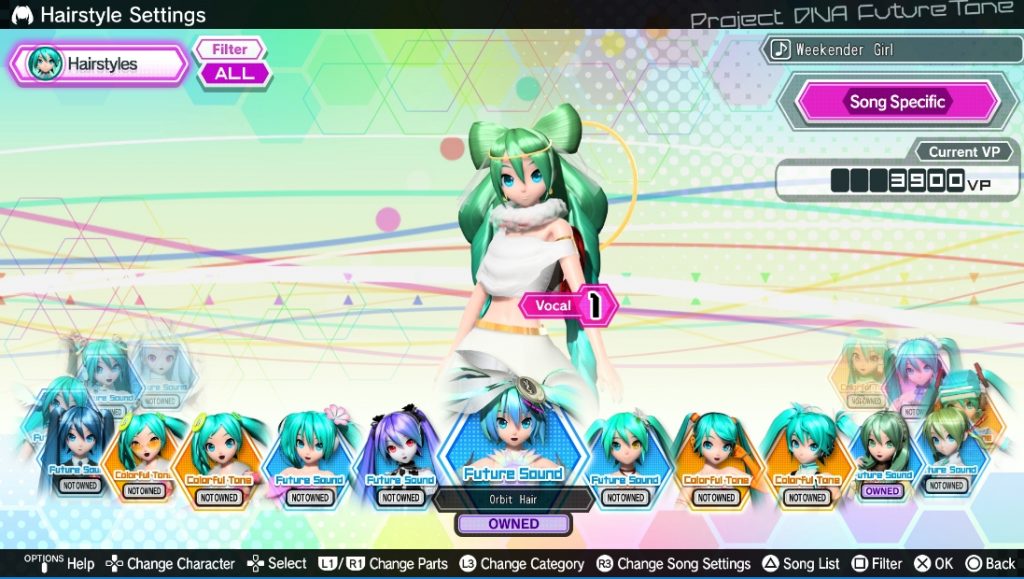 The massive list of songs will be available for you to enjoy at the Rhythm Game section. While here you’ll be able to sort songs by selecting a range of letters or numbers, or you can press the Square button to sort by the number of stars, the singer for each song, or a song’s score. And if you find a song or two or fifty that you really, really like, you can favorite the song by pressing on the touchpad of the DualShock 4. This will allow you to select the favorite sorting method so that you can focus on that group of songs.

Each song has four difficulty settings: Easy, Normal, Hard, and Extreme. Nah, I’m kidding. There’s also Extra Extreme in case you have an extra arm or two. As you can imagine, the higher you go, the harder a song will be. You can also activate No Fail Mode so that those that don’t have the best rhythm can at least complete a song. Each song also gives you the option of practicing it in full or moving to specific sections that are giving you some trouble. You can also select to watch a song’s video without having to worry about hitting the icons on time. Considering there are over 200 songs in the game, just watching the video for each song will probably take you over 12 hours! 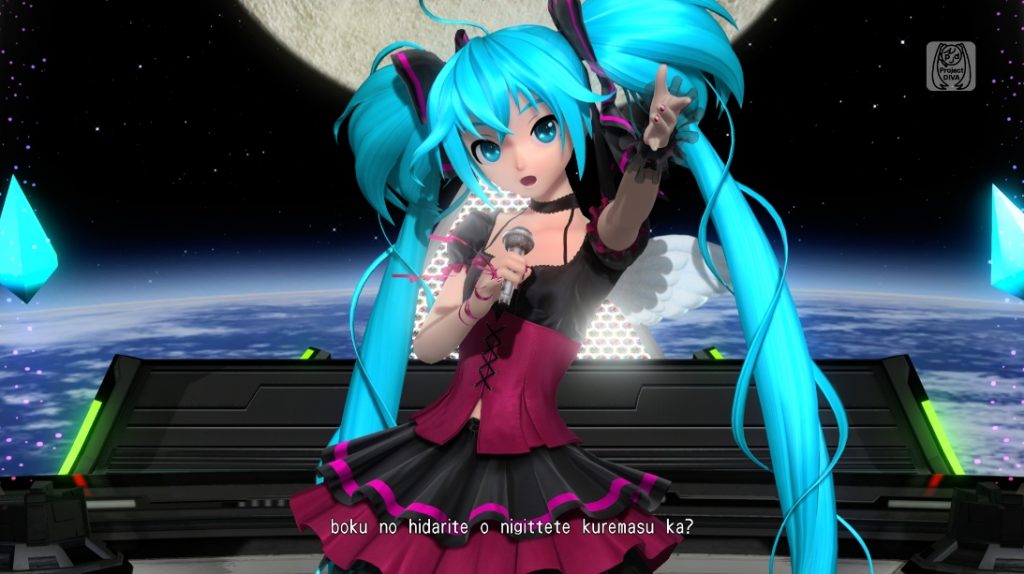 As you complete each song, you’ll earn VP points. These will allow you to customize each singer by changing the accessories and modules you use for each song. Using the recommended module for a song will also grant you a bonus and help you work your way towards unlocking a trophy or two! By gaining VP you’ll also rank up in the corresponding collection (FS rank for Future Sound and CT rank for Colorful Tone), so if you want to 100% the game and rank up to the max you’re going to be spending a lot of time with this one! You can purchase modules, hairstyles, and accessories, with your hard earned VP. All songs have a recommended module to use when playing a song – think of it as dressing up for the part for each particular video.

Unfortunately, due to the way the game is setup, this one does not include a full trophy count with a Platinum trophy. The main list has eight trophies, and each DLC pack has an extra six trophies for you to unlock. Your first trophy is pretty much a freebie unlocked after you complete the game’s tutorial, and after that, you get trophies for hitting a good combo count, taking a photo of a music video, earning a lot of VP, clearing all songs in each section, taking a picture during a music video, and more. It’s a list with a good variety, but the no Platinum trophy thing might keep some of you from giving this one a try. 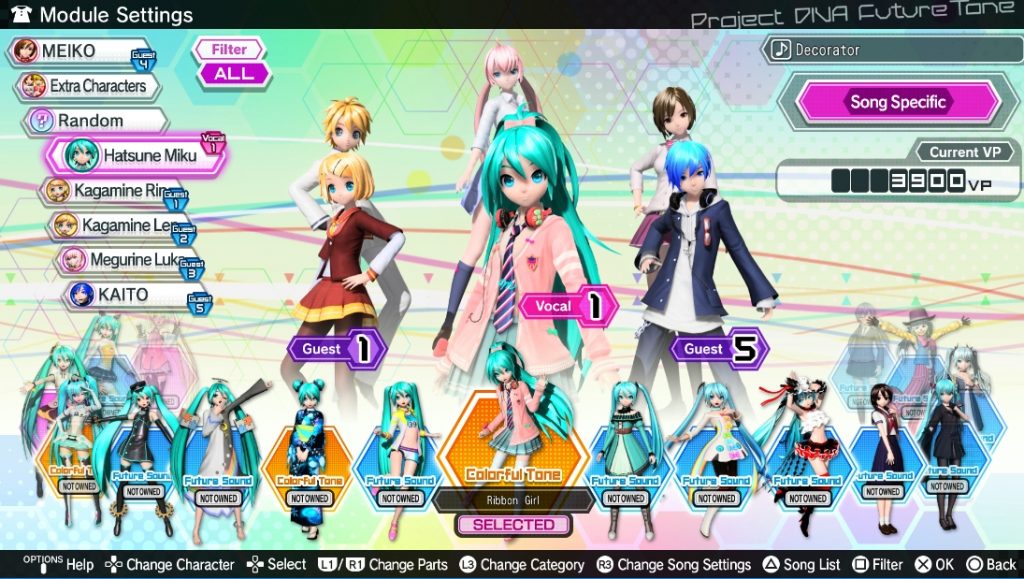 Hatsune Miku: Project DIVA Future Tone is a massive release with over 200 songs total if you purchase both song packs. You’ll be spending over a dozen hours with the game just by playing each song a single time and we all know that when we enjoy rhythm games we end up replaying songs over and over. Not to mention that once your skills improve you’ll want to go up in the difficulty setting, which will, in turn, make each song feel fresh thanks to the extra icons and changes in the rhythm at which said icons enter the screen. If you’re a fan of Hatsune Miku, you have to buy this game. And if you’re not a fan – yet – this is the perfect starting point.

Disclaimer
This Hatsune Miku: Project DIVA Future Tone review is based on a PS4 copy provided by SEGA.