Earthlock: Festival of Magic was taken to Kickstarter by the indie team at Snowcastle Games where they managed to secure the funding they required as well as some extra on top of their $150,000 goal. This is the first entry in a planned trilogy, and the game went from its originally planned eight hours of gameplay to around 20 hours or so. The second game in the trilogy is currently in development and will hopefully be available next year.

Earthlock: Festival of Magic is a JRPG set on the Planet Umbra, a world that stopped spinning hundreds of years ago. You play as desert scavenger Amon. After a few days away from home, Amon returns to find that his beloved uncle Benjo has been kidnapped over a precious artifact. The kidnappers are holding Benjo for ransom: his life for the precious artifact. Amon sets out to save Benjo. 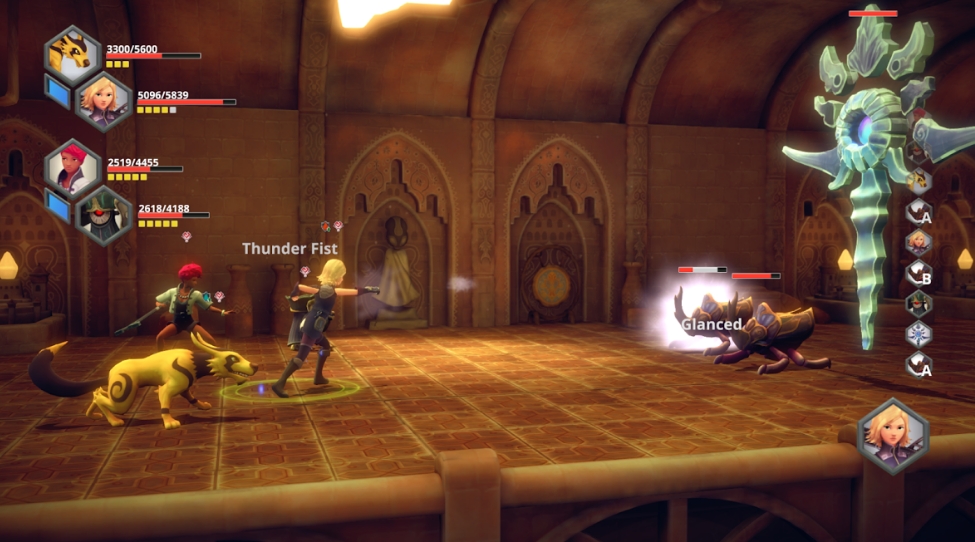 Along the way, he will meet others who are willing to help him rescue his uncle. Like any true JRPG, there is a colorful cast of characters you’ll get to interact with and who will fight by your side. As for the cast of main characters, you’ll meet during your journey:

Amon is a lively character who is a desert scavenger. He loves to explore the world, and his favorite location is the old ruins. He is very close to his uncle, Benjo.

Gnart is a small white Hogbunny – a half pig, half rabbit creature and a skilled mage and healer. He likes to keep a journal which is full of his thoughts. As a mage with healing skills, he is an essential member of the party. 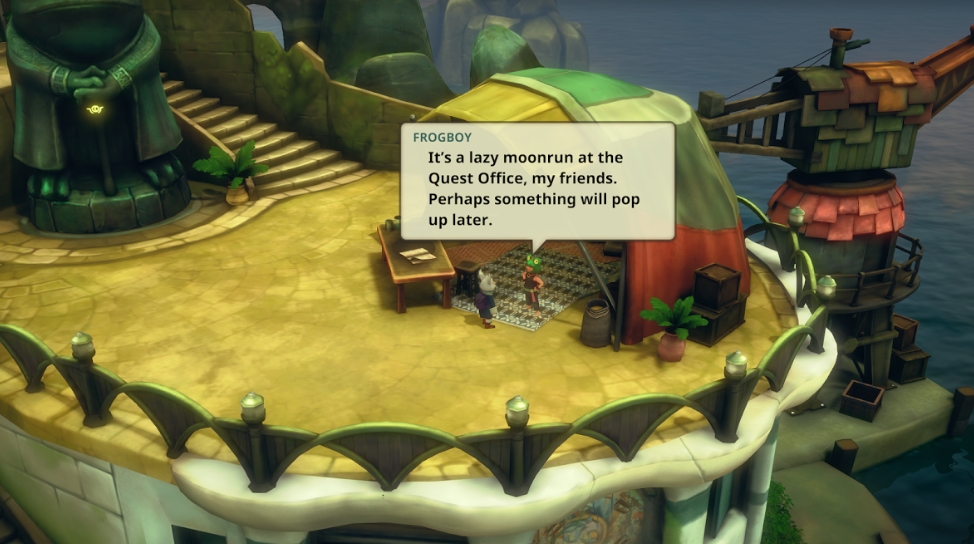 Taika is a rare Storm dog that Ive rescued. She is very faithful and loyal to Ive and helps her during combat. Taika has a personality of her own, and is a valuable member of your party.

Bryn is a very interesting and complex character. He sacrificed his immortality and magical abilities just so that he could be Fay’s Knight. As you can imagine, he is extremely loyal and protective of Fay.

Fay is a master of the dark magic and is the leader of the Nest. Dark magic is a powerful skill but a deadly one in the wrong hands. How will Fay fare with this burden?

Olia is the leader and the Guardian of Plumpet Island. After surviving a storm many years ago, she made Plumpet Island her home. She will give her life to defend the island and will do anything to defeat those who bring harm to the land. 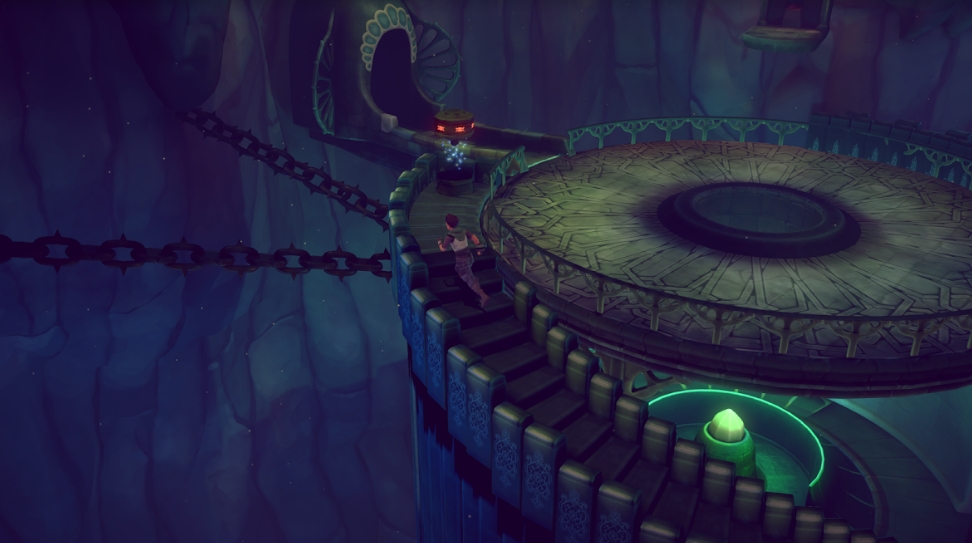 Combat in Earthlock: Festival of Magic is turn-based with no random encounters. All enemies are visible at all times, so if you wanted to avoid them, you certainly can. Combat is based on a stances system, which sets this one apart from most entries in the genre. Each character has two stances which are either attack stances or defensive stances. You can change stances with the R1 button anytime you want.

Let’s use Gnart’s stances an example. Gnart is a mage, so he’s not as skilled in combat, which is why his attack stance allows him to use a simple club and a regen spell. But when in his defensive stance you will have access to the focus spell which greatly increases attack stats for a short time. The stances system adds a layer of strategy to the already brilliant game and is something I loved about this game. 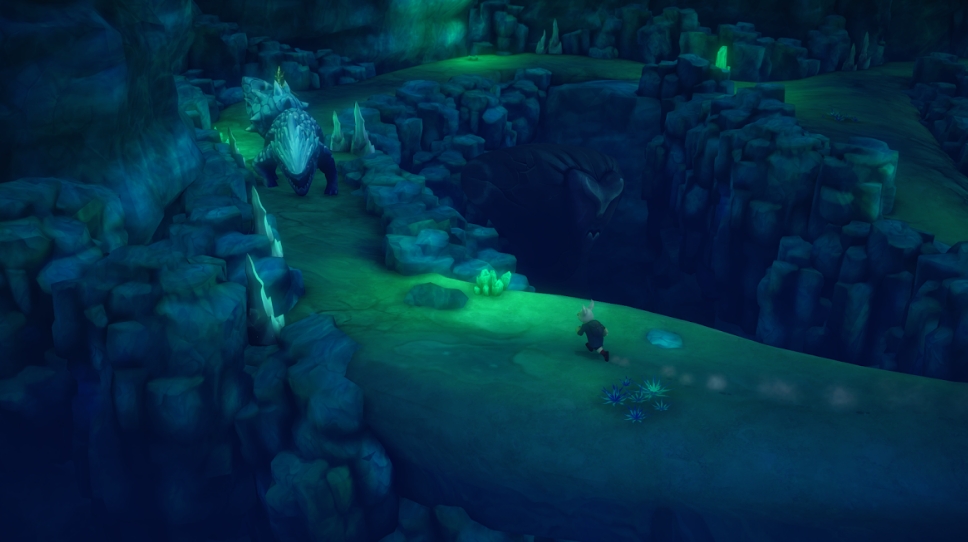 Another interesting combat mechanic is the bond system. You can bond a pair of characters in a party and this allows you to unlock passive abilities. Once fully charged you can unleash massive damage or activate considerable defensive boosts which can turn the tide of battle.

And when you finally arrive in Plumpet Island, the area will become a second home to you. You can grow your own ammo, brew your own healing supplies and craft your own talents! Yes, crafting is a big part of Earthlock. When at a crafting station you can easily craft items as long as you have the required materials, and you can make several units for each item in one go if need. 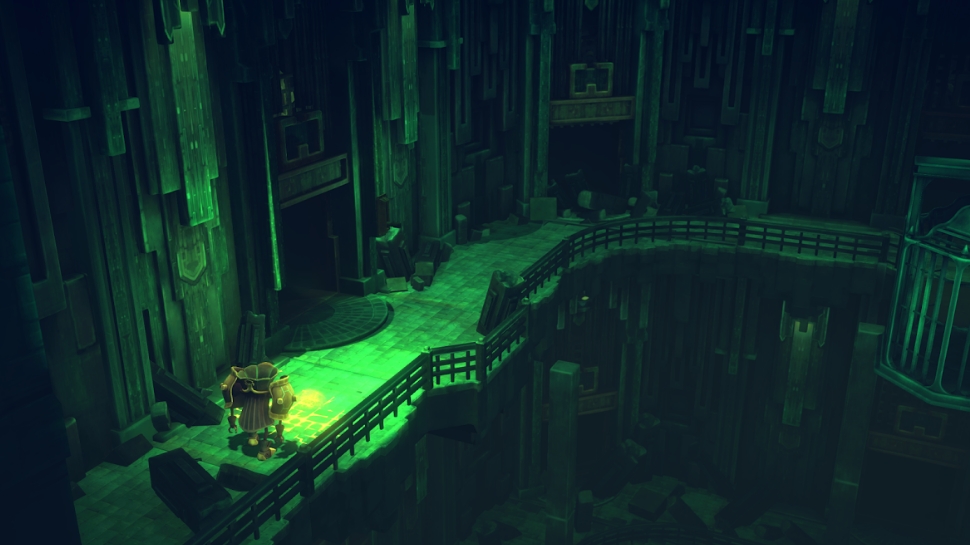 Another unique gameplay mechanic is the talents board which is the equivalent of a skill tree… except you can place talents, perks, and abilities anywhere on the board as long as they are linked to the character’s avatar to activate them. Talents can be crafted if you have a recipe for it, and will greatly help you on your quest.

Earthlock: Festival of Magic is a beautiful game with polished graphics and a ton of content. You’ll spend many hours completing quests, finding collectibles, looting treasure chests and battling against deadly monsters and bosses. It starts off making you think it’s a bite-sized JRPG release but it later opens up into a 20+ hours adventure. So if you were wondering if it’s worthy of your time I’m here to tell you that it’s one of the best PlayStation 4 games out there. Snowcastle Games clearly poured all their heart and soul into the game, and it shows. I’m now anxiously waiting for the release of the next game in the series to see what happens next! 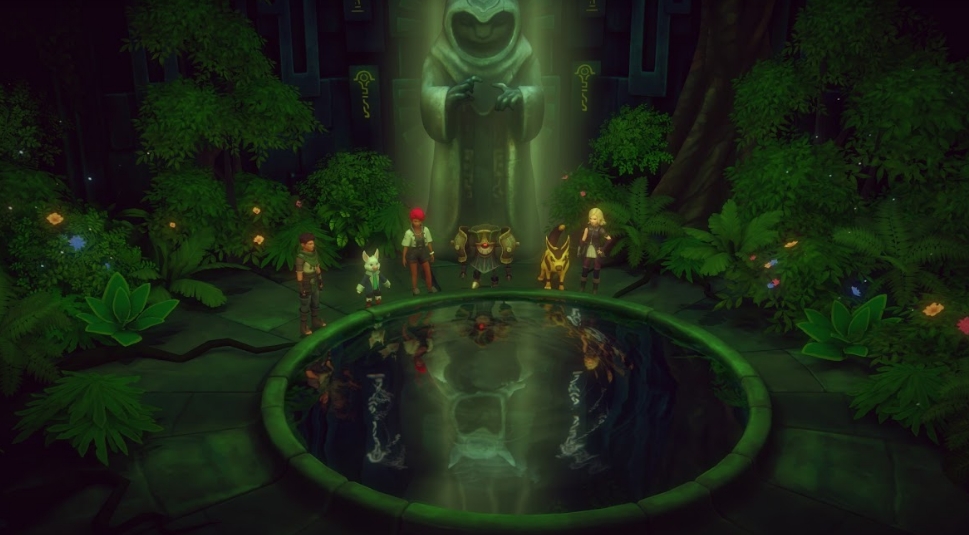 Disclaimer
This Earthlock: Festival of Magic review is based on a PS4 copy provided by SOEDESCO.

Immortal Redneck Is Coming To PlayStation 4