Along with giving us the full original game, the 20th Anniversary World Tour edition also includes an all-new episode with new levels from Allen Blum III and Richard Gray, the original designers for Duke Nukem 3D. To go along with the new content, there’s also new music from composer Lee Jackson, not to mention new one-liners from Jon St. John, the voice of Duke. 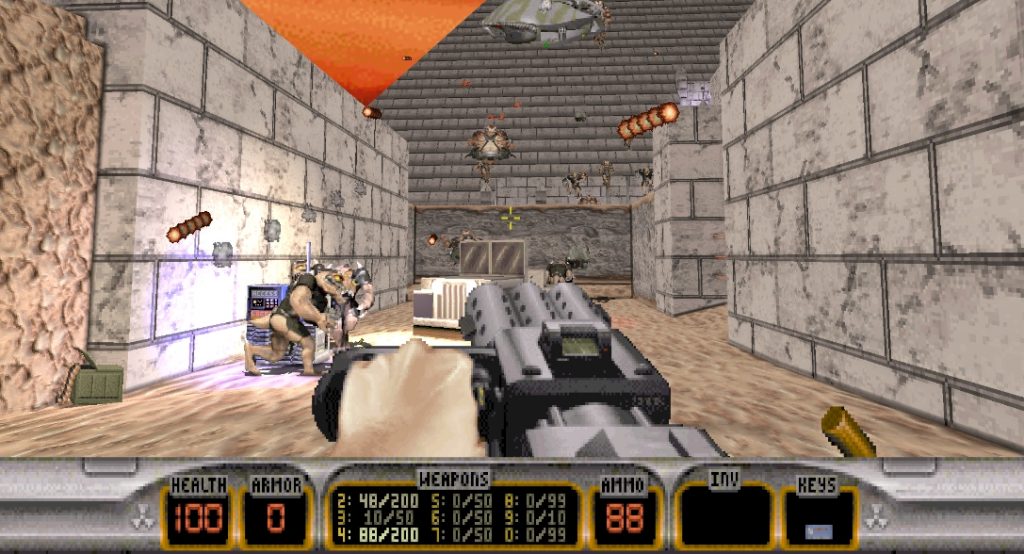 The first thing you’ll notice is that you can play the game either with the original graphics from 1996, warts and all, or that you can use Gearbox’s True3D Rendering mode to smooth things out, bumping the frame rate at the same time. This can be switched around in real time, so you’ll be able to play with the look that feels right to you. Want to experience the game as it was originally released? Go for it! 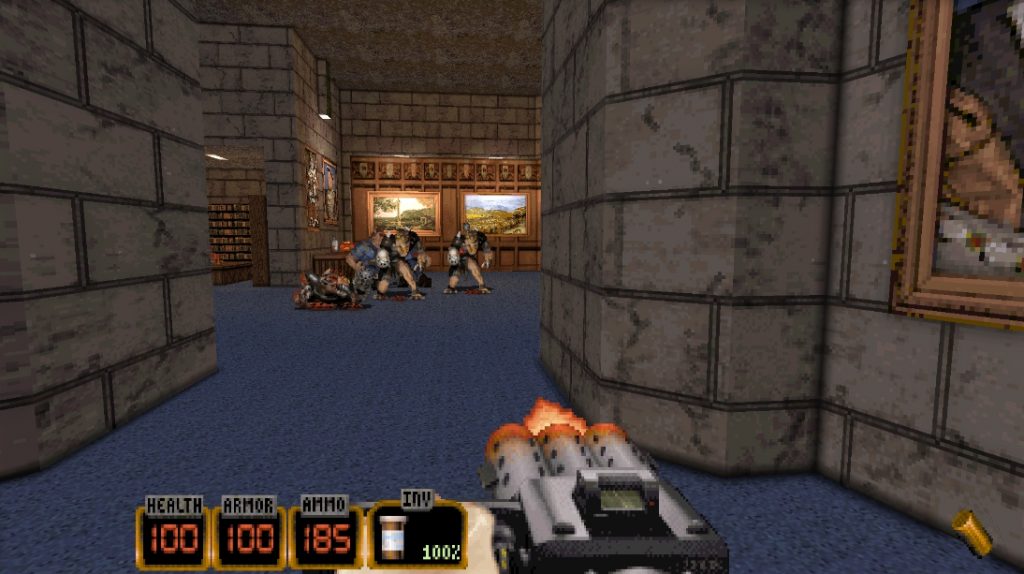 And if you want to learn more about the game then you can activate the all-new behind-the-scenes commentary from the original development team which can be heard in-game as you explore each of the levels. All you have to do is activate the option, and then click on each of the commentary bubbles you’ll find floating around in the game. 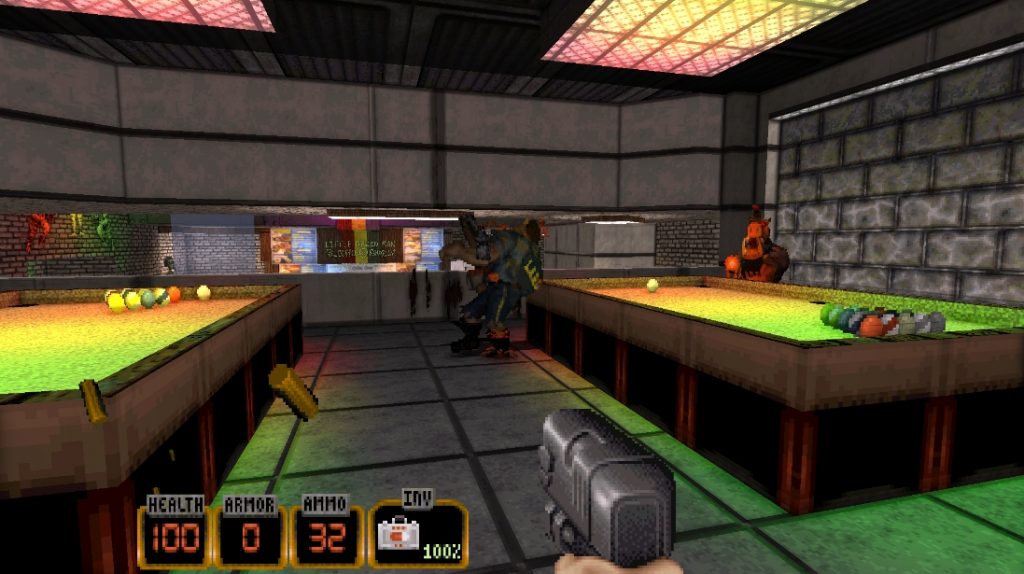 Trophy hunters, rejoice! Duke Nukem 3D: 20th Anniversary World Tour features a full trophy count with a Platinum trophy… and it can be achieved in a little over an hour! That’s right, you read that right. A little over an hour! How is this possible if this release includes the entire original Duke Nukem 3D game along with a new episode! It’s all thanks to cheats. It turns out that activating cheats does not invalidate trophies, and this will greatly cut down the time you need to spend with the game before you unlock that shiny Platinum for your collection. So if you want to activate God mode, unlock all weapons and items and warp between levels, you can certainly do that! 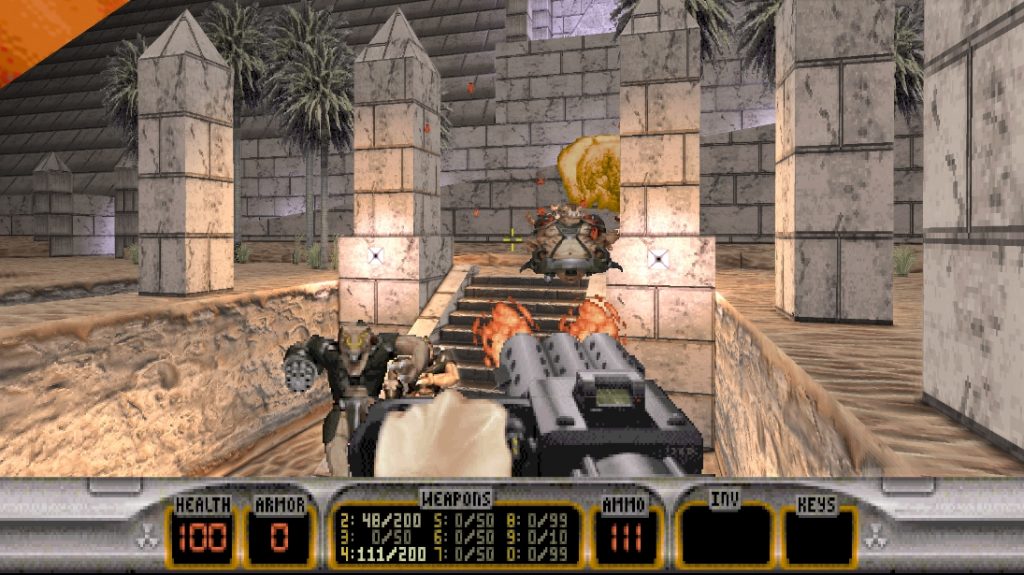 Duke Nukem 3D: 20th Anniversary World serves its purpose by celebrating the Duke Nukem series while allowing a new generation of players to enjoy a beloved release. The full trophy count, improved visuals, and framerate, new music, new one-liners from the voice of Duke and the new episode make this a must-have for both fans and newcomers to the franchise.

Disclaimer
This Duke Nukem 3D: 20th Anniversary World Tour review is based on a PS4 copy provided by Gearbox Publishing.