Drive!Drive!Drive! takes the racing genre to a whole new level. The main campaign offers you a 100 track campaign with a massive twist. You will control more than one car at a time and will need to constantly switch from track to track all through the 100 track campaign. I must admit I was very apprehensive at first since this sounds like a very challenging thing to do but, to my absolute surprise, managing more than one car at once is not scary as I thought it would be. Read our Drive!Drive!Drive! review to find out if this is the type of game for you!


Indie Different Cloth was clearly not scared of making something truly different that would allow the game to stand out from other releases in the racing genre, so that right there means the team deserves that you give Drive!Drive!Drive! a try. Luckily Choice Publishing decided to work along with Different Cloth to release this very interesting on PlayStation 4.

The main campaign has a handful of races per level. On most racing games you would expect to see more than one lap, right? Well, not in this game! Every race is just one lap, which is actually kind of a good thing! Can you imagine racing over multiple tracks for more than a few laps? It certainly would lead to a lot of confusion. I feel that the one lap setup was the right choice. 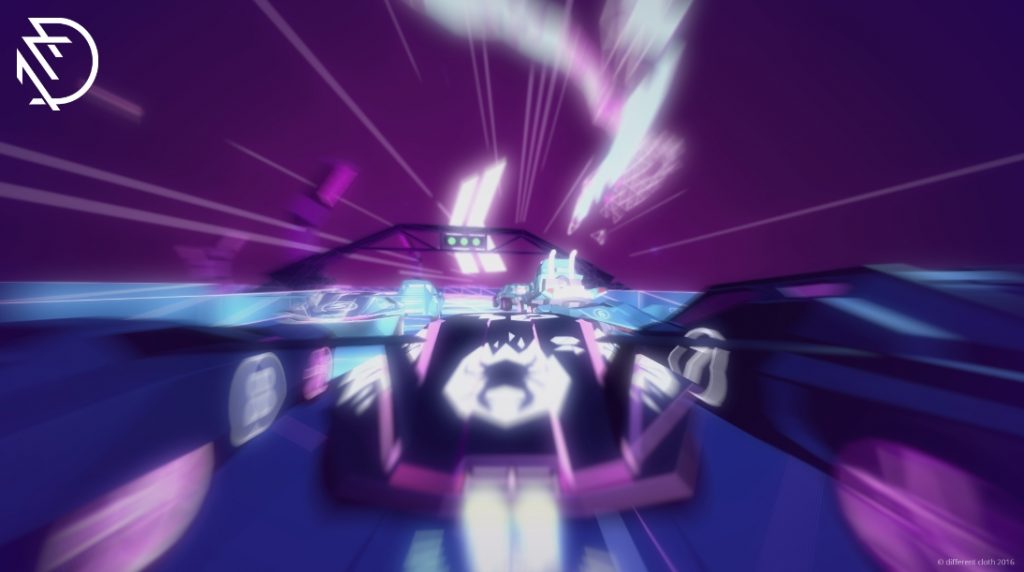 How is racing on multiple tracks even possible? You can stop time by pressing the X button on your DualShock 4 to catch your breath and evaluate the situation, or you can do it in real time by pressing up or down on your DPad. When driving multiple tracks, you have an AI that controls any of the cars you’re not directly controlling. Unfortunately, the AI isn’t the cleverest of the bunch, so it will end up making mistakes. On top of this, any AI controlled cars will not earn you any score boosts for things such as ramming into other cars or drifting. Therefore, in orde to maximize your score, you must switch between tracks every few seconds so that you can stay keep your cars from being left behind while also making sure to increase your score. 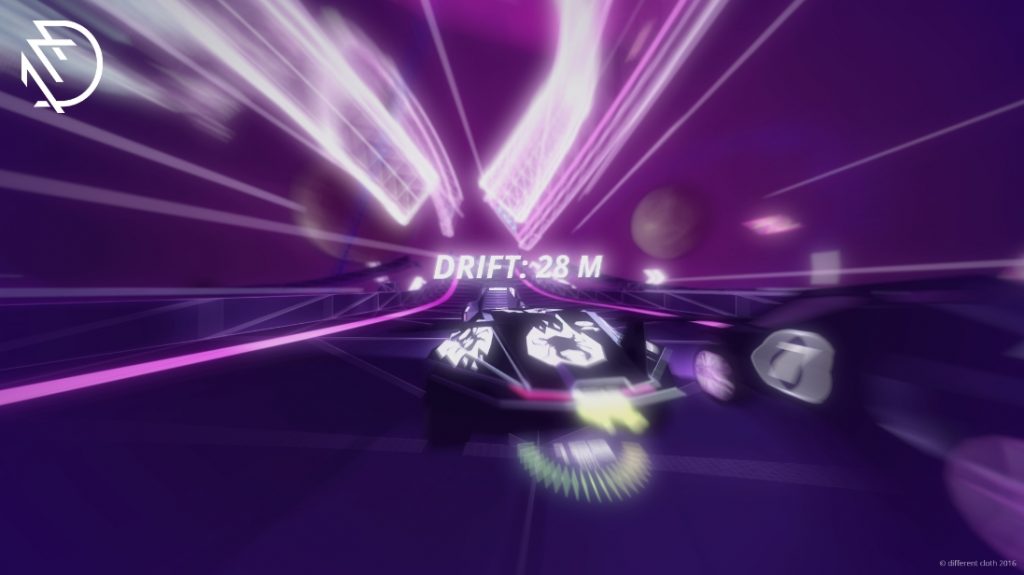 There are ten cars you can unlock during the main campaign, which I did feel was a bit of a low number considering the many races you can complete in the game. Perhaps we’ll get more cars as DLC in 2017? Who knows! The cars are unlocked through gameplay, so the more you play, the more options you’ll have.

The campaign is split into events. You have score chasing events where drifting or ramming and wrecking other cars gives you a score boost. Another option is the purist events where you have to finish a race in a specific position (or higher) to be able to progress. And then you have the collecting races where you must gather as many crystals as possible in each track before your opponents get them. 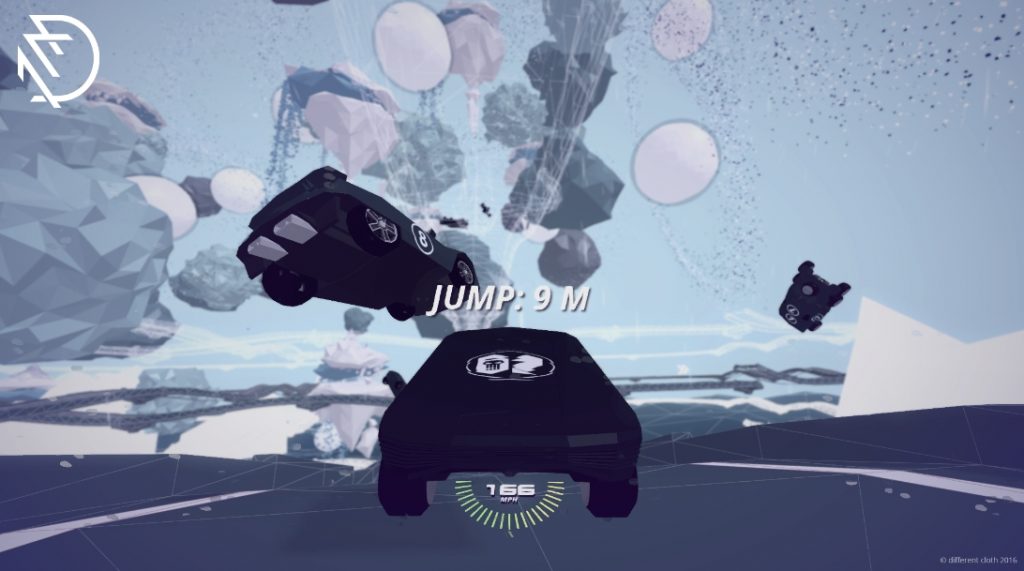 For me, the best part of the game is being able to build your own tracks by using the in-game tools. These give you full creative control, and you can build each race as crazy as you want it to. On top of this, you can upload your tracks so that the rest of the world can play them. This greatly boosts the replayability of the game.

There is also a four-player competitive racing mode which, unfortunately, is purely online. There is no co-op or local play which was to be expected considering how the game plays. It would probably have been too hectic to have local split screen multiplayer where each racer is changing between all tracks! 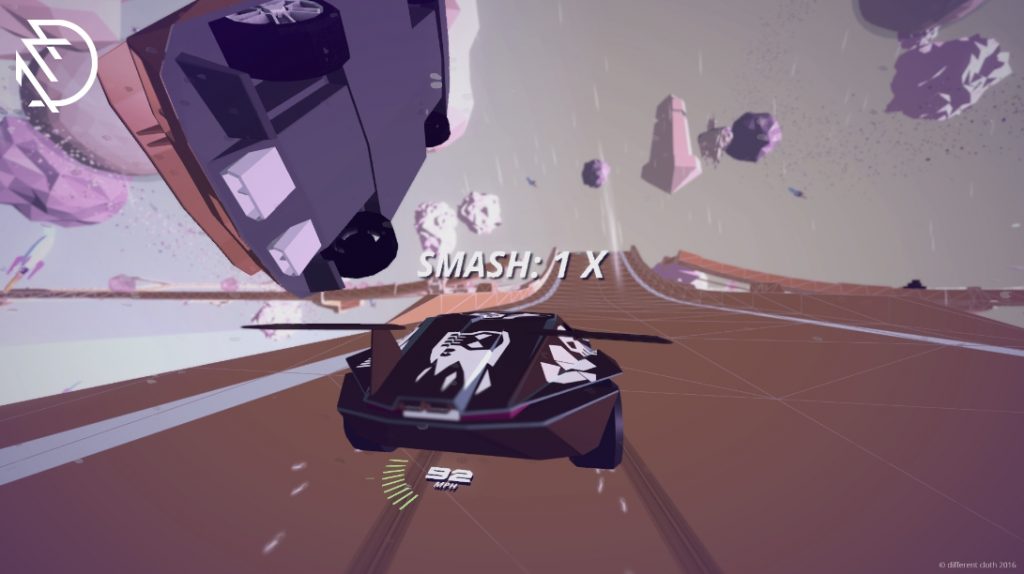 I loved Drive!Drive!Drive! and its cel-shaded graphics. The one complaint I’d have for the game is that it doesn’t feature a Platinum trophy which is a bummer considering there’s more than enough content in this one to build a Platinum trophy list around it. Other than that, you’ll be happy to hear that the game is fun, original, and definitely worth a look.

Disclaimer
This Drive!Drive!Drive! review is based on a PS4 copy provided by Choice Publishing.

The Flame in the Flood: Complete Edition Out On January 17