What’s new in this entry? Well, I suggest you give the game’s Tutorial Mode and Training Mode a try in order for you to learn the basics of things such as the changes to Overdrive Mode, Exceed Accel (which is triggered by pressing A+B+C+D buttons at the same time while Overdrive is active), and Active Flow – this last one basically rewards you for being good at the game. Lessons are split between Beginner, Intermediate, Advanced and Character Specific information, so that those new to the series can learn what is needed while veterans focus on the new stuff.

The tutorial will also teach you about all the other things associated with the BlazBlue series, such as your Heat Gauge – which fills as you deal or take damage – which you can use to activate Distortion Drives, powerful special attacks that will consume 50% of your Heat Gauge. Or you can learn about Break Burst, a powerful way of making sure you can get out of trouble during a “last resort” scenario – you can activate it by pressing A+B+C+D at the same time when taking damage. There’s plenty more to learn, so be sure to take the time to do so! 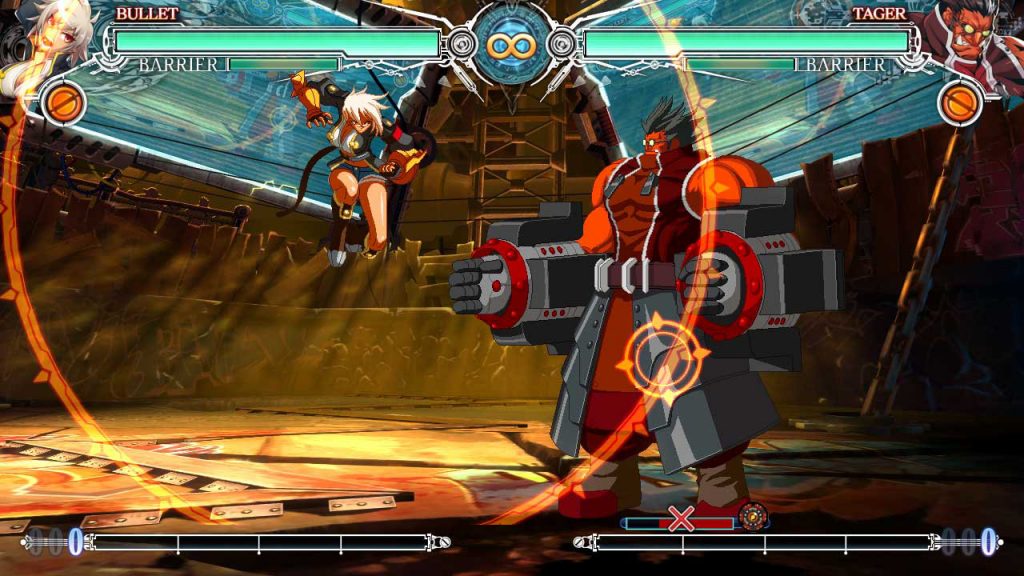 The Story Mode for BlazBlue: Central Fiction will feel a lot like that for Persona 4: Arena and Persona 4: Arena Ultimax since there’s a lot of story and cutscenes to experience between all of the actual fights. You’re looking at spending over eight hours from Story mode, making it a very interesting option. If you still doubt there’s plenty of story in this one, you could end up spending an hour listening to the Japanese voice cast, as you read the English subtitles for what they’re saying, before you even enter a fight! This is because the game kindly offers you the option of checking out a set of 30 minutes worth of cutscenes that recap everything that happened before this new entry. 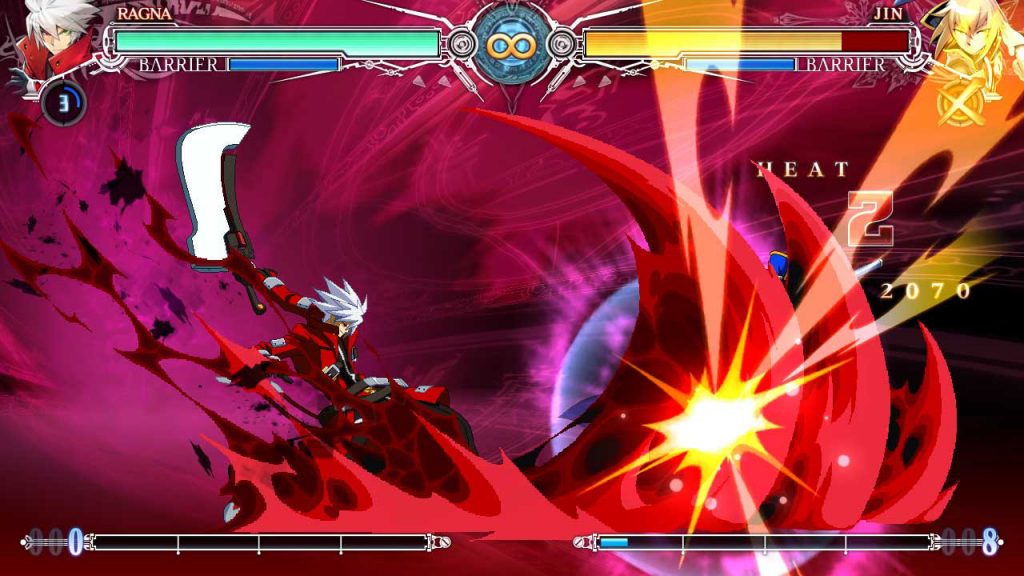 And if you’re not playing the game for the story, you can always dive into some arcade fun from the get go, playing either offline or online against other opponents that will surely test your skills. The story mode might not be for everyone, and the team is aware of this, so if you just want to fight without having to listen to a ton of story, there’s that option for you. 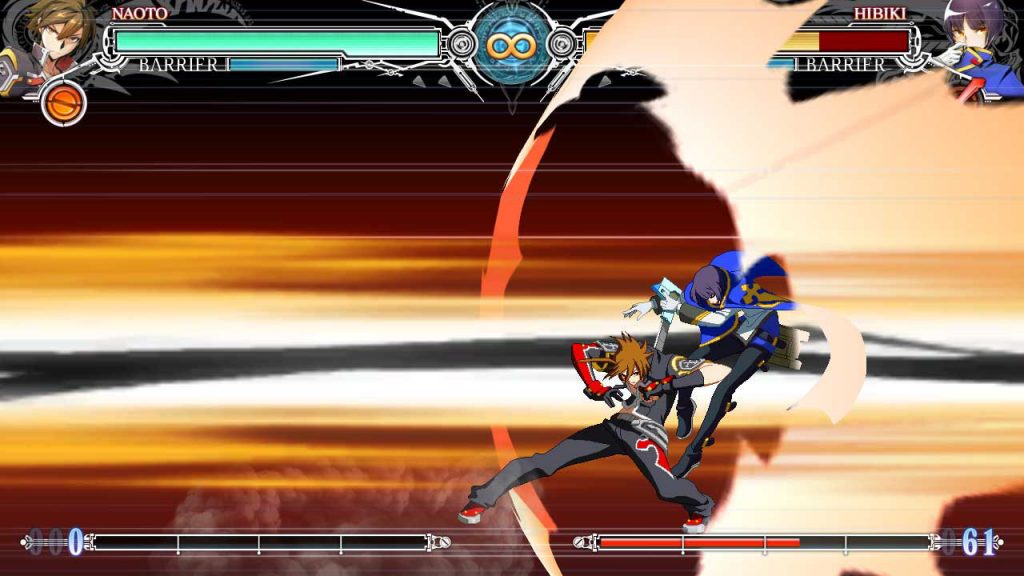 As was to be expected, BlazBlue: Central Fiction includes a full trophy count with a Platinum. Compared to the trophy list for other entries in the BlazBlue series, this one is considerably easier and will take you less time to complete. You’re looking at around 30+ hours for your Platinum trophy depending on your skill, which is not bad really. On top of this, there’s no character specific trophies, which makes everything it a breeze as long as you have the time for it. 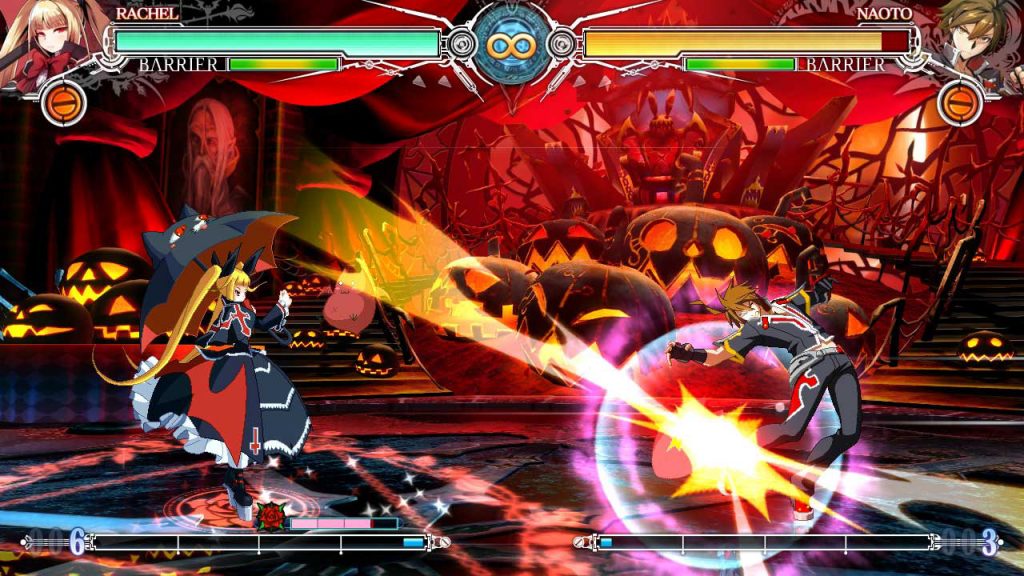 BlazBlue: Central Fiction is being billed as the last entry in the BlazBlue series… ever. We’ll see if that ends up being true. I have a feeling it might just be that this is the end of this massive story arc, and that a new entry in the series will come in a couple of years with a lot of new characters and some fan favorites making a return. Think of it as the Street Fighter III approach, and it sorta makes sense. Either way, if this does end up being the last BlazBlue game, then the series is going out on a high note with the best looking game in the series – and one with a ton of content and story to enjoy. This is a must-have for fighting game fans and a no-brainer for big fans of the BlazBlue franchise.

Disclaimer
This BlazBlue: Central Fiction review is based on a PS4 copy provided by Aksys Games.