Supermagical is a game by the same team that gave us the fun platformer Stranded: A Mars Adventure.
Tama Games is back with a very different game in another genre: a puzzle game that is highly addictive and which shares some gameplay mechanics with Bust-A-Move. Want to learn more? Then check out our Supermagical review!


This addictive bite-sized game has a whopping 71 levels across three worlds, with a difficulty curve that slowly ramps up as you progress. Supermagical stars Nina, a witch who makes a very bad mistake. One day one of her spells goes horribly wrong, and she must fix things as soon as possible! The land is now infested with cute little creatures called the Minix – cute but deadly!

The game’s gameplay mechanics require that you use the PS Vita touch screen or the D-pad and buttons to shoot at the oncoming onslaught of Minix who are moving in from the right side of the screen. If you can match at least three of the same color, you’ll make all Minix of the same color disappear as long as they’re all connected. Defeating the Minix on the back will set lose those in the front of them as long as they’re not connected to another group of Minix – this will allow you to automatically destroy the Minix who end up running around all over the place. 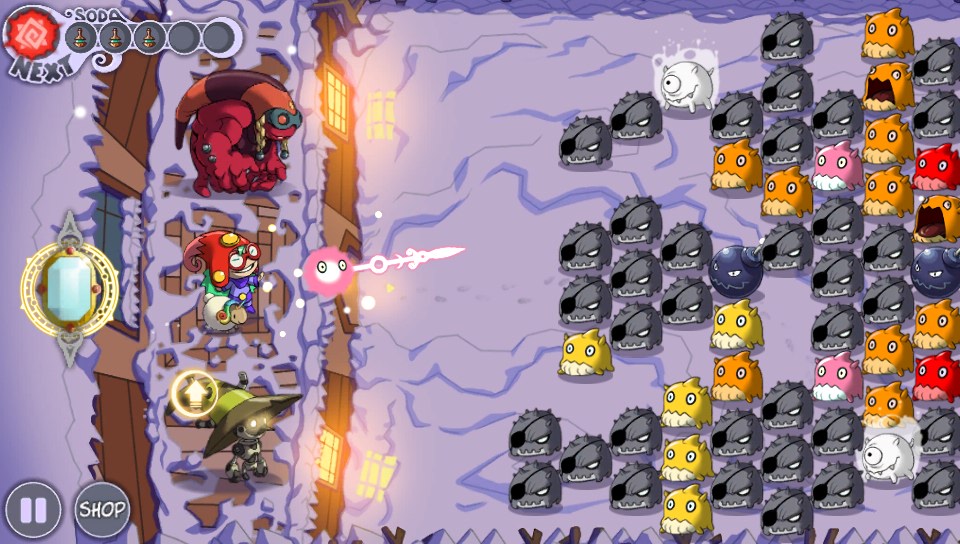 As you defeat the Minix, you’ll be rewarded with coins that you must touch to collect them before they disappear. Money is the used for purchasing power-ups that will allow you to create huge chains, change the color of your blast, and more.

There’s also a mini-game you can play with a special item that is a bit expensive at 500 coins, but well worth it. You’ll be tasked with flipping matching pairs of items that will grant you plenty of coins at the end of the game – as long as you can find some bags of coins and jewels before you run into the two nasty skulls which will end your run. It’s a very fun mini-game and a very rewarding one. 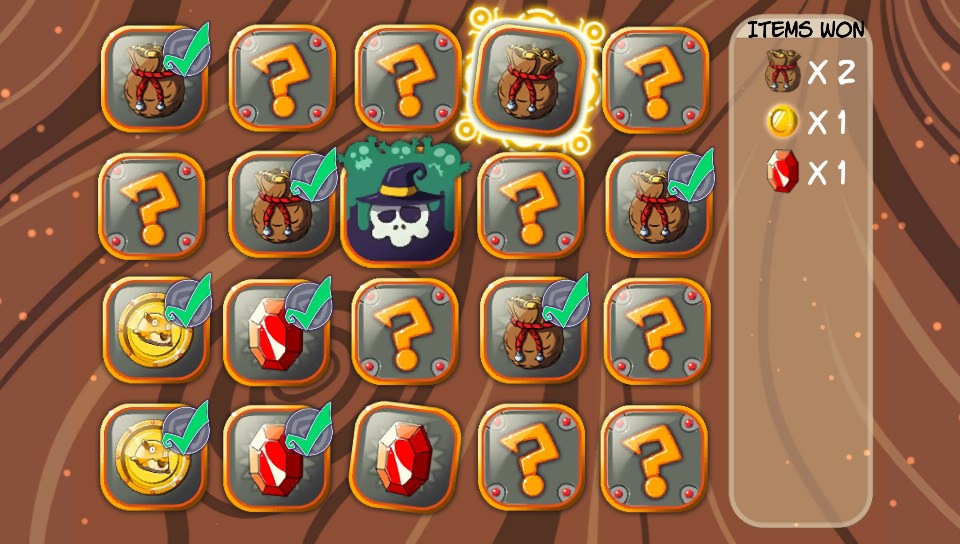 As you play the game you’ll eventually run into all of Nina’s sisters – each one represents one of the seven deadly sins. For each sister, you’ll be given dialogue choices, and selecting the right ones will reward with a three-star rating for the “battle.” You’ll also gain a new skill after you defeat each sister, which certainly changes the way you approach the game!

The animations in the game are great, with some solid facial expressions on the Minix which showcase their emotions. This is a very colorful and charming release that is easy on the eyes. The soundtrack certainly fits the theme of the game, so there’s no complaint from me on that end! 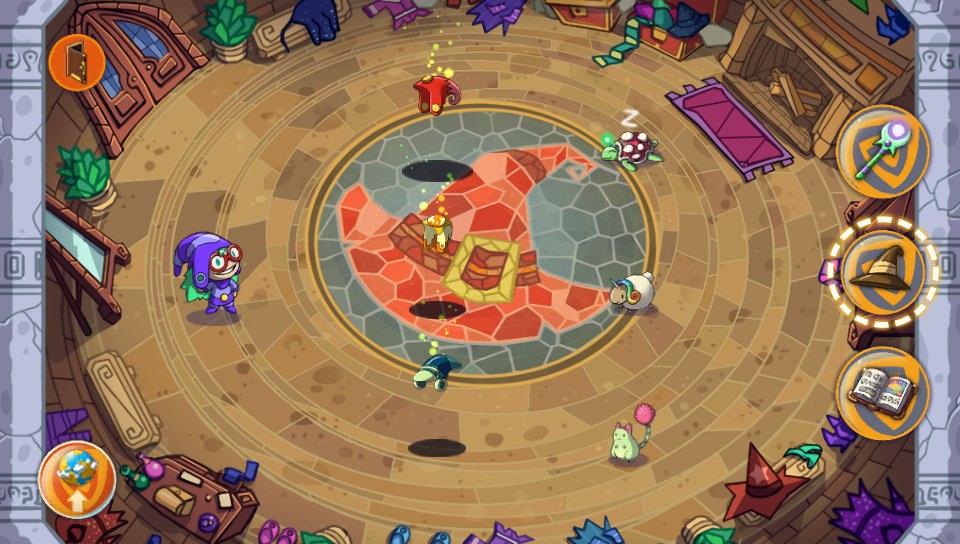 There’s plenty to collect in the game, including unique pets to accompany you on your travels – they will also lend a hand during Minix battles. Not to mention there are many hats you can purchase and which will enhance gameplay – how does a magnetic hat that instantly collects coins sound to you? 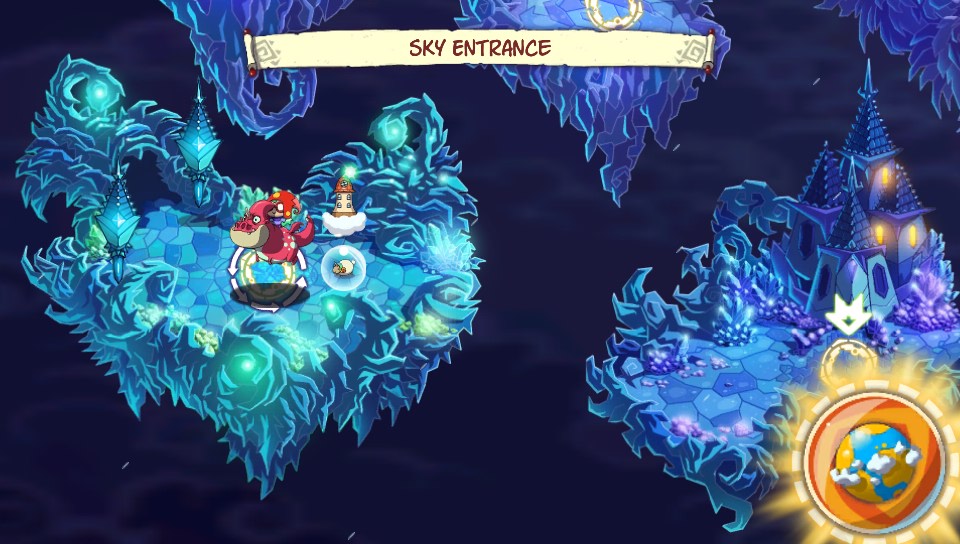 Supermagical is a very fun puzzle game that you’re going to love on PS Vita. There’s a lot of content to enjoy and many collectibles to get with your hard earned coins, making this a highly addictive release you won’t be able to put down until the end. There’s some mild stuttering and slowdown at some points in the game (which the developer is fixing with a patch soon), but it certainly was not a deal-breaker for me since I kept coming back for more.

Disclaimer
This Supermagical review is based on a PS Vita copy provide by Tama Games.