Shantae: Half-Genie Hero Out On December 20!

The wait is almost over! After a successful Kickstarter campaigns and several delays, Shantae: Half-Genie Hero will be out on PS4 and Vita on December 20! Along the way WayForward teamed up with XSEED Games for the game’s release on PS Vita, but the publisher is also giving the game the royal treatment with a physical edition!


That’s right, XSEED Games will be releasing the game at retail as the Shantae: Half Genie Hero Risky Beats edition! This one will be avaiable for $29.99 and along with a physical PS4 or Vita game it will also include a physical soundtrack CD. The CD will be packed with 30 songs from this new entry in the long-running series. 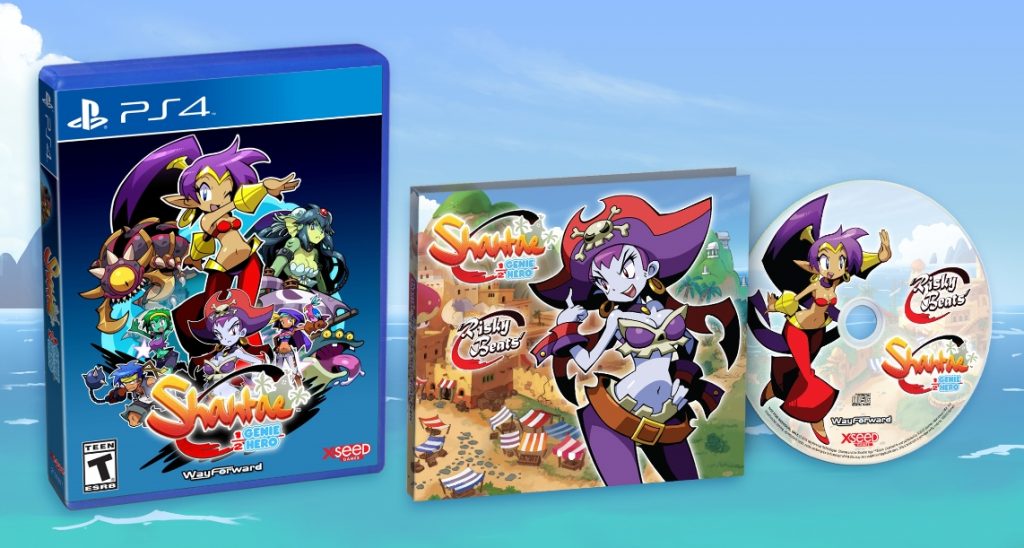 Shantae’s Trademark Belly Dance Moves Return: Dance to transform into all-new (and fan favorite) creatures! 8 transformations and over a dozen dances to master!

Conquer Arcade-Style Action Stages: Beat the boss, then come back later to find new items and secrets by way of the many new abilities and transformations you’ve learned, linking all of Sequin Land into a fully explorable world!

Huge Bosses, Humorous Dialogue, and More
Become reacquainted with the cast of Shantae in full HD, with exquisitely detailed

Are you grabbing Shantae: Half-Genie Hero digitally from the PSN or are you going to pre-order one of the physical editions? Let us know in the comments below!