Save the consoles, save the world! Right? Ready to save your console from an evil virus? Then come learn more about this fun game in our HoPiKo review!

The evil Nanobyte virus is out, gaming is over… It’s time to hook up your power gloves and save your HoPiKo brothers!

HoPiKo is an intense speed run platformer where you get to save gaming. Jump from platform to platform avoiding death, exploiting shortcuts and ripping through 100s of hand-crafted levels, each one dropped into a 5-stage mini run designed to break your mind!

Compete to be the fastest in the world with time based scores, level pars and collectable retro consoles opening unique bonus runs.

– Uses every ounce of your muscle memory – Unique minimal controls, you’ve never played a platformer like this!

HoPiKo is a twitch action platformer. You control a little guy and need to guide him to the virus to destroy it. It’s that simple… kinda. You need to bounce him quickly off platforms using the right analog stick, making very quick decisions on where he needs to go. This is where the twitchiness comes into play.

It’s a simple concept that gets crazy as you continue to play. As mentioned earlier you need to bounce between platforms to reach the virus, and the game complicates things by having many different types of platforms in the game. Some will flip 180 degrees when you land on them. Some will explode quickly, so you have to move quickly. Some won’t materialize until you pass through the space they occupy. There are many different types of platforms, and because of the game’s minimalistic art style, you will have to learn what each one does very quickly on the go. 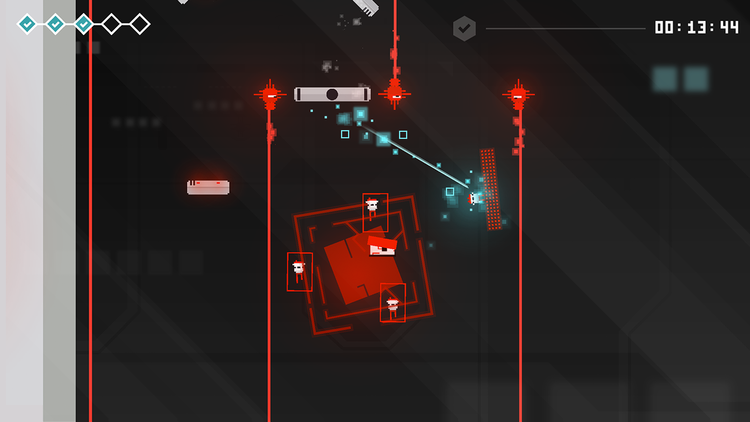 While I thought the gameplay was nice and simple, I often found myself at a disconnect when trying to decide where to launch the character with the right stick. You need to be precise when playing this game and you will die a lot to learn this the hard way. I often thought I sent the character in the right direction only to find out I was a hair off. I’m wondering if this is a perspective issue due to the controller and screen not being connected. The game was originally designed as a mobile game with a touch interface which makes complete sense as it’s all on a single screen.

That being said, levels should only take about 30 seconds to beat once you get things right. This part kind of sucks as you can be stuck on a stage for a while, but trial and error is a big part of the equation. Just take a walk and come back later! It’s super rewarding when you finally get through a stage that was giving you trouble. 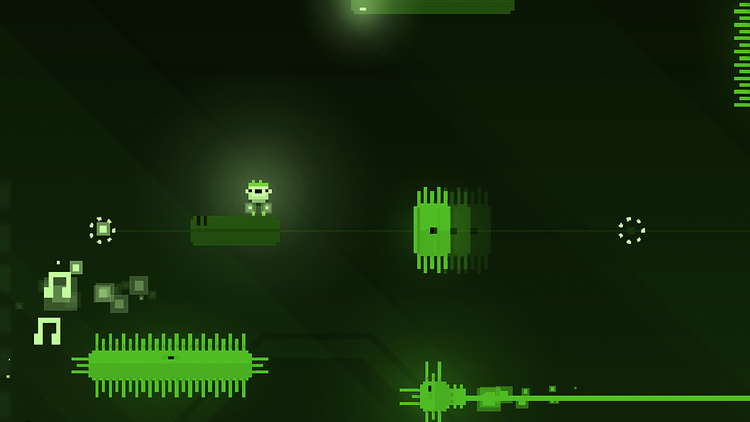 I did have one technical issue with the game. Every time I exited back to the main menu and went back in, it told me my save file had an issue and booted me back to the intro. It’s not a huge deal breaker, but definitely annoying in the long run, so don’t leave the screen in the middle of a tough challenge you’ve been practicing to beat!

The game is going for a minimalistic 8-bit art style which it achieves quite well. I loved the art style and the continual color changes in levels. It actually reminded me of Super Meat Boy in a lot of ways. Great music as well, using old chiptune boards to get that authenticity down for the sound of the era it’s aiming to emulate. I loved the music as it drove me to keep playing longer and longer.

The game has thirteen trophies including a Gold, three Silver, and nine Bronze. Pretty basic to secure since you earn them for beating the different worlds, beating all the runs, and dying 1000 times (don’t worry, you’ll get it without working too hard for it). Although in this day and age when I can get a Platinum for tapping a Mayo jar 10,000 times, all games should have a Platinum too. 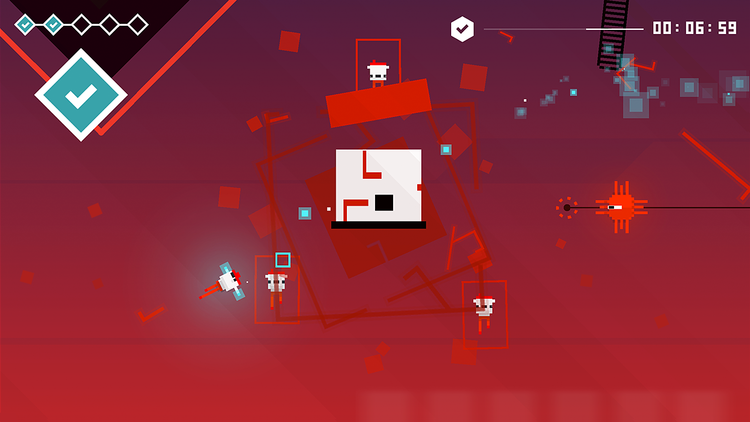 I loved a lot of what HoPiKo brought to the table. Its retro minimalistic design is great, with fun platforming and simple controls. When you struggle it gets a bit frustrating, but that’s how the game was designed. As you can tell from my HoPiKo review, there’s a ton of fun to be had here, so you should definitely check it out!

Disclaimer
This HoPiKo review is based on a PS4 copy provided by Merge Games Limited.

PS4Blog.net’s Slot Machine is Back!