Shantae: Half-Genie Hero is the fourth installment in the long-running series of platforming adventure games developed by WayForward, this time being published by XSEED Games. This game began to take shape when WayForward brought it to Kickstarter, raising a whopping $776,084, out of the requested $400,000!

You are once again tasked to save the Sequin Land and the Genie Realm from a powerful evil. How does this installment compare to the previous entries in the series? Find out in our Shantae: Half-Genie Hero review!

This is a double review for Shantae: Half-Genie Hero. The game was played by Mathieu and Ceidz. This review presents what they both had to say.

I’m a huge fan of Metroidvania-style platformers. I love the exploration aspect and how your character starts out with a basic move set and gets stronger throughout the game, adding new abilities that make you better in combat and that enable you to explore new parts of the game world. This is why the Shantae series has always appealed to me, along with its unique setting, colorful characters and a great sense of humor. 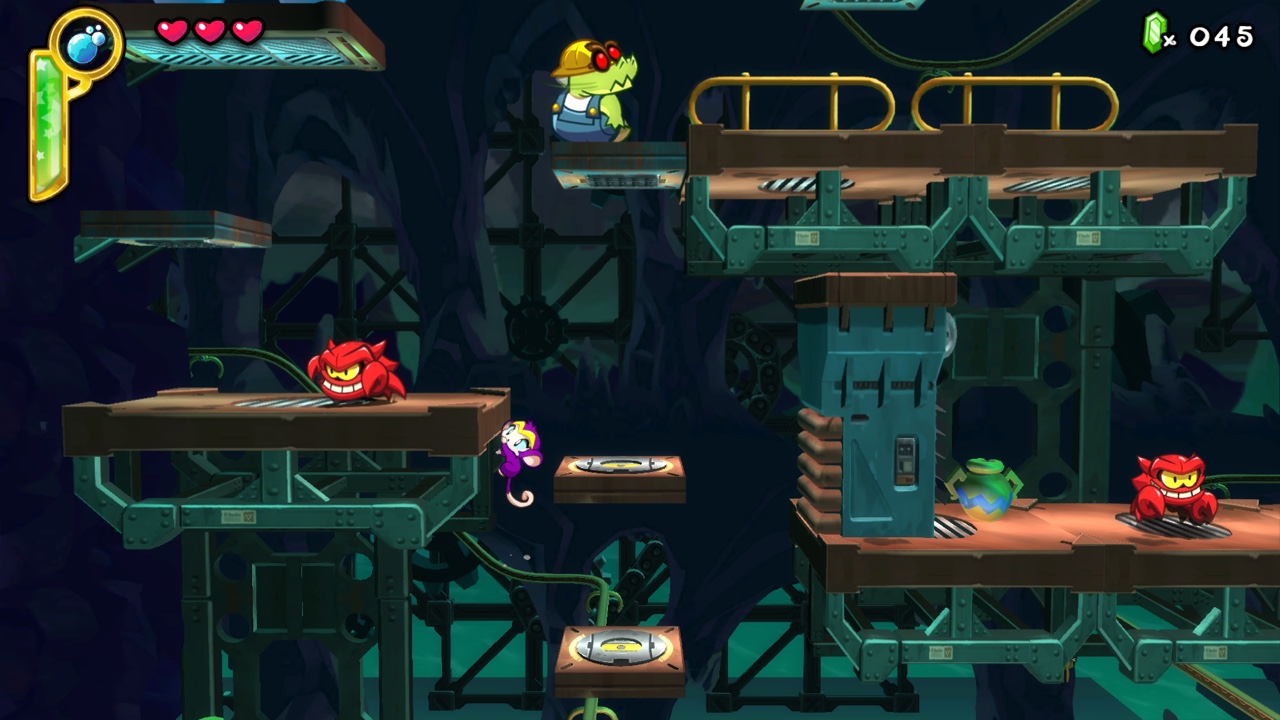 As you might expect, WayForward has perfected the Shantae formula over the years. This being the fourth game in the series means that Shantae: Half-Genie Hero is a polished and well-crafted release. It provides everything you expect to find for this type of game, controls great, and features interested and varied level design.

During the course of the game, you will acquire different belly dances which will allow Shantae to transform into all sorts of animals. Each animal will allow you to explore the game’s world differently, making it possible for you to reach parts of them that were previously inaccessible. For example, the monkey will allow you to climb walls and jump higher, while the elephant will allow to break and push big stones otherwise blocking your way! 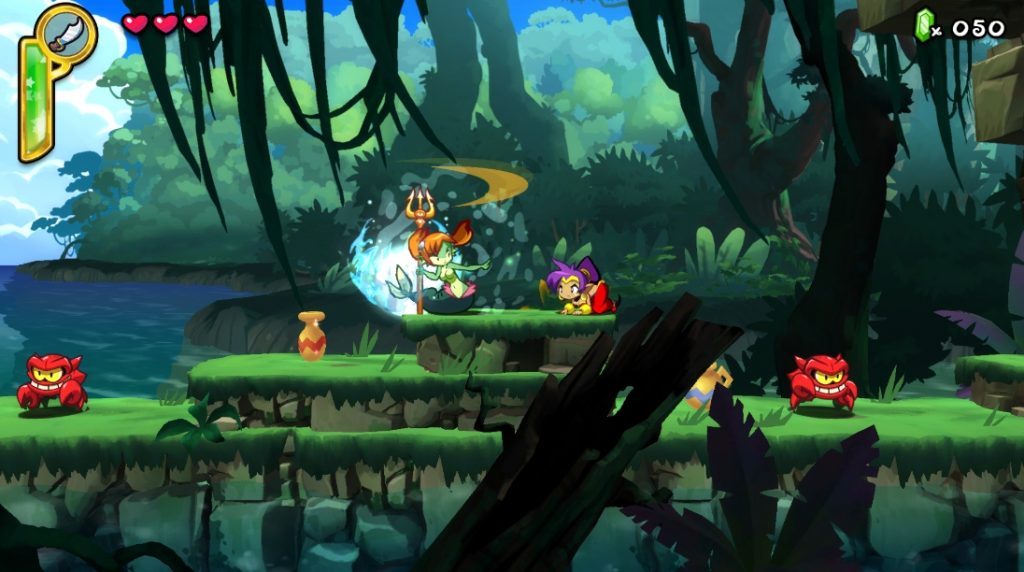 This is also the first Shantae game that has been developed in high definition. The detailed HD character sprites and backgrounds are excellent and look gorgeous on the TV screen, making the game almost look like a solid Saturday morning cartoon with a proper budget.

The cast of characters you have grown to know and love are all back. The cast’s dialogue is still witty, and I enjoyed the banter between them. I found the overall story to be a little bit weak, though. I preferred the story from Shantae and the Pirate’s Curse. You also won’t find any backstory for the previous games, so if this is the first Shantae game you play, you might want to read the plot summary for the previous games. Or better yet, play the other games first!

Shantae: Half-Genie Hero is the newest entry in the Shantae franchise and is the first Shantae game I have ever played. This is a 2.5D platformer at his core where you will visit different areas of the world in which Shantae and her friends live. Each area has a different theme and a colorful cast of enemies, so it was great to discover them all!

Shantae attacks the enemies by whipping her purple hair. As Mathieu said above, she also gets a power-up after each area is completed. The power-ups take the form of different animals, each bestowing a different power to players. Transforming into an animal is also instantaneous, so you can transform at any time without worries. 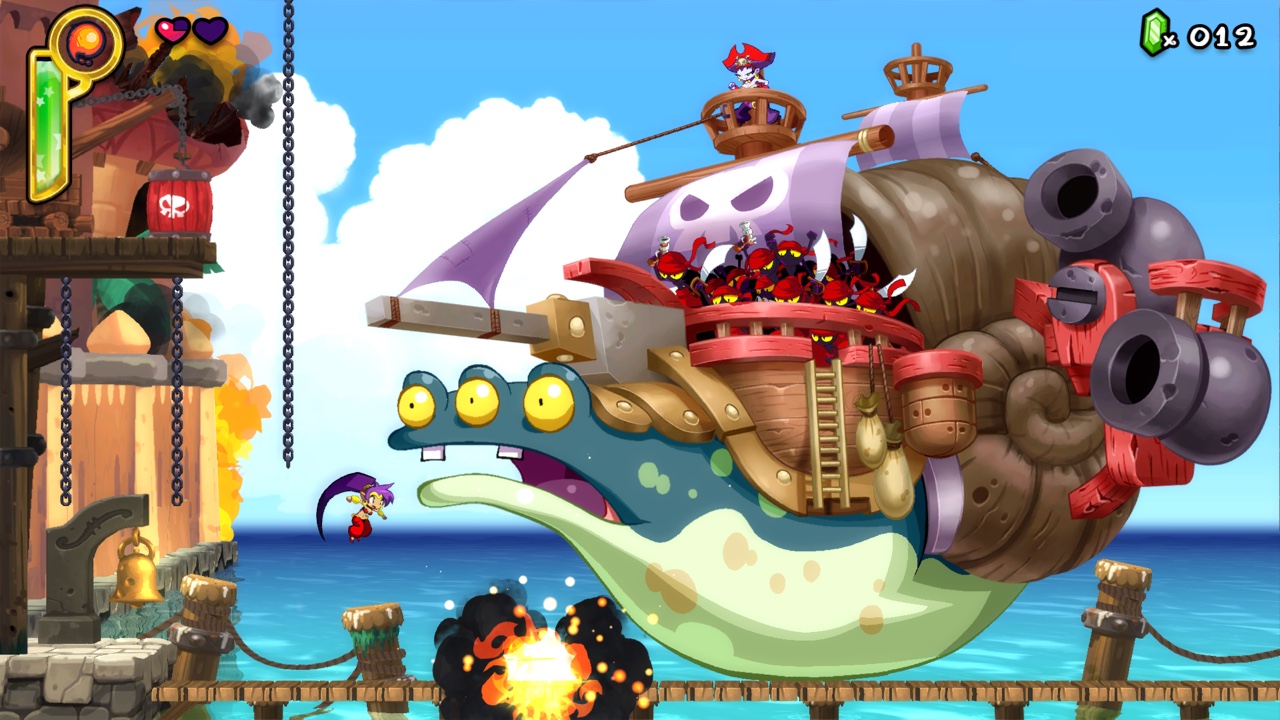 I also really liked the whole structure of the game. When you get back to the main city, you are asked to do some quests to help the various citizens. As it turns out, most of what I thought were side-quests are in fact actual main story events that must be done to advance the story. They often involve going back to previous areas using new powers, and I definitely enjoyed how this was presented by the game.

As for the presentation for Shantae: Half-Geni Hero, the backgrounds are very dynamic, and you’ll often notice some funny stuff going on. The game’s graphics are gorgeous, and the soundtrack is extremely catchy. If you’ve never heard the theme song, go listen to it right now – you’ll love it!

As you can see from reading all of this, I liked playing through Shantae: Half-Genie Hero! If I were to nitpick, I’d say that I found strange that the Options button didn’t pause the game. It’s relatively standard in other releases and would’ve helped during my run. There were also a few typos and syntax errors in the text that I noticed. Given that there isn’t that much text in this game, I’m pretty sure that all the text could’ve been proofread in full before release! 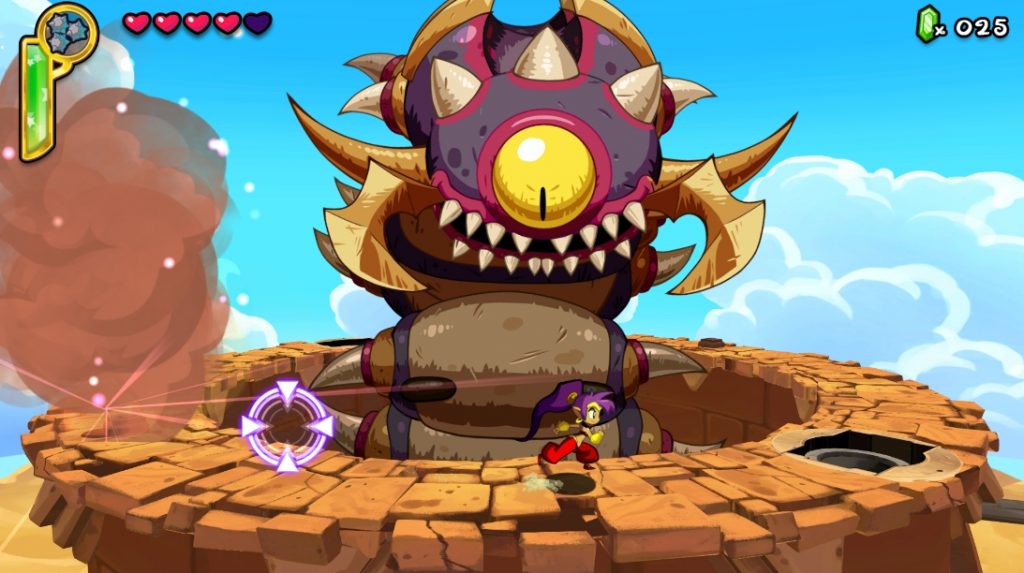 Final Thoughts
Shantae: Half-Genie Hero was a blast to play. Gameplay is near-perfect, the platforming sections were challenging, and the bosses were creative.

When the only thing you can complain about the game is some grammar mistakes, you know you’re having a lot of fun actually playing it. If you are a fan of the previous games or like good exploration based action-platformers with a Metroidvania twist, then this is the game for you!

Disclaimer
This Shantae: Half-Genie Hero review is based on copies provided by XSEED Games.

Boundless Coming To PlayStation 4 Next Year