Clockwork Tales: Of Glass and Ink is a point and click hidden object game. This is one that will appeal to puzzle fans – myself included. There is is nothing like a good old relaxing puzzle game that at the same time gives your brain a bit of a workout! Want to learn more about the game? Then come read our Clockwork Tales: Of Glass and Ink review!


If you have previously enjoyed Nightmares from the Deep: The Cursed Heart, which released earlier this year for the PS4, then you are going to love Clockwork Tales: Of Glass and Ink!

In this one you play the role of Evangeline Glass. Glass goes to visit Dr. Ambrose Ink, an old friend of hers. Unfortunately, he has been kidnapped! But before that happened it appears that Dr. Ink found the cause for all the earthquakes that are destroying the cities. 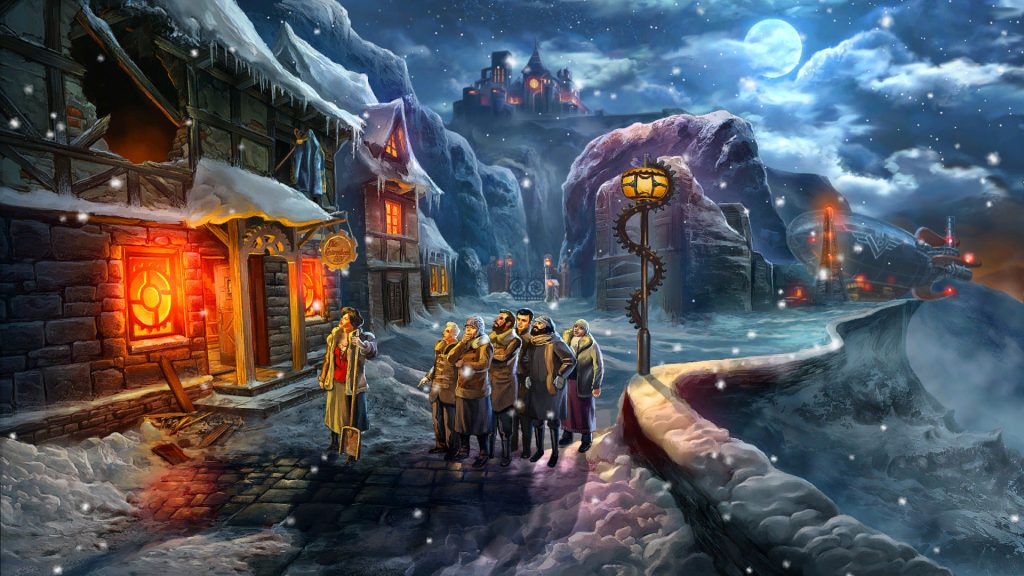 You will travel to different gorgeous locations with beautiful steampunk backdrops and environments, hot on the trail of Barber – the man behind the earthquakes! You also have an assistant in the form of a mechanical bird called Matthew, who is very cute, and who will aid you o your quest.

The hidden object puzzles are slightly different from previous games, since instead of a list of objects you need to find in a scene, you are given a visual item that you need to find. You will have to carefully look at the cluttered screen to find the exact match of said visual cue. 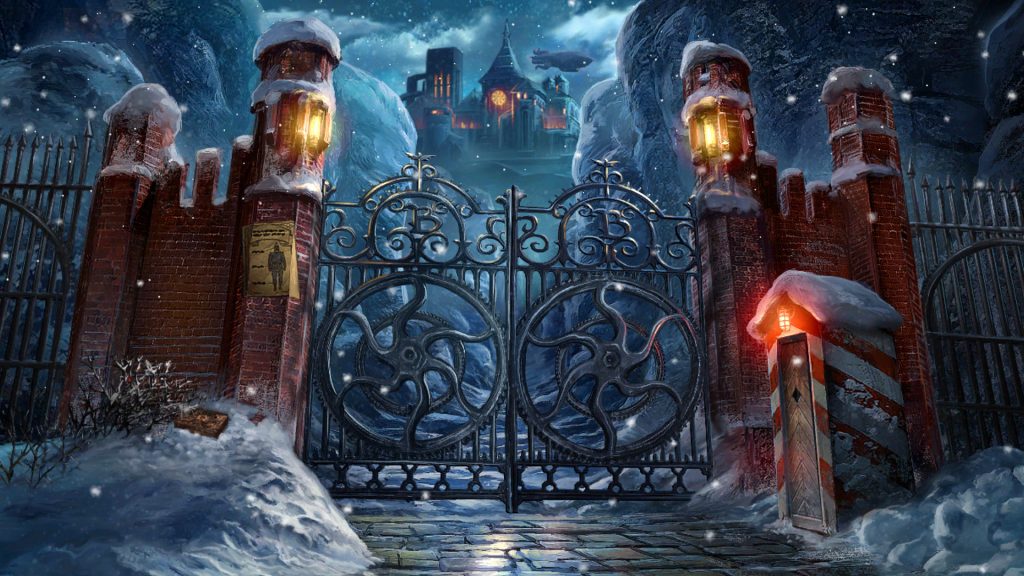 I must say I really liked this mechanic very much. Sometimes in other games you get words that you haven’t even heard of before, so a visual cue of exactly what you’re looking for is perfect – especially for dyslexic players who will have an easier time location images than reading words.

The items that you find within each hidden object puzzle eventually form an item that will become useful in later puzzles. Unfortunately unlike in Nightmares from the Deep, which had an alternative Mahjong board game for those of you who don’t like hidden object puzzles, there is nothing similar in Clockwork Tales. 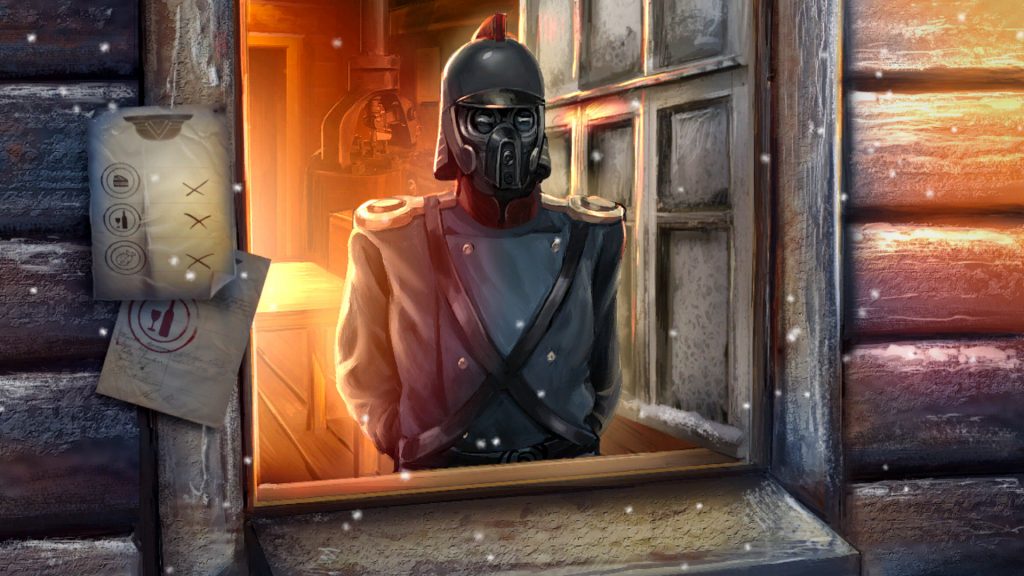 Another type of puzzle you will see in the game tasks you with finding the correct object to fill in the blank shapes you are given. It’s an easy type to puzzle to solve, adding some extra variety to the formula.

I do want to remind you that the game is not a pure hidden object release as there is a point and click adventure to follow as well! In fact, the hidden objects types of puzzles are surprisingly minimal in this one, with other types of puzzles taking center stage. As with a traditional point and click adventures, you will need to look around your surroundings to find clues and pick up useful items to use in later puzzles. Also, for objects that are out of reach you can have Matthew the mechanical bird to help you.

You can also have conversations with NPCs to find new clues. If you’re stuck and unsure of what to do, it really doesn’t hurt to talk to the NPCs nearby! There is also a hint system which recharges every 20 seconds or so but, as expected, there is a trophy for completing the game without using any hints. This is not a difficult game so you shouldn’t really need hints at all. 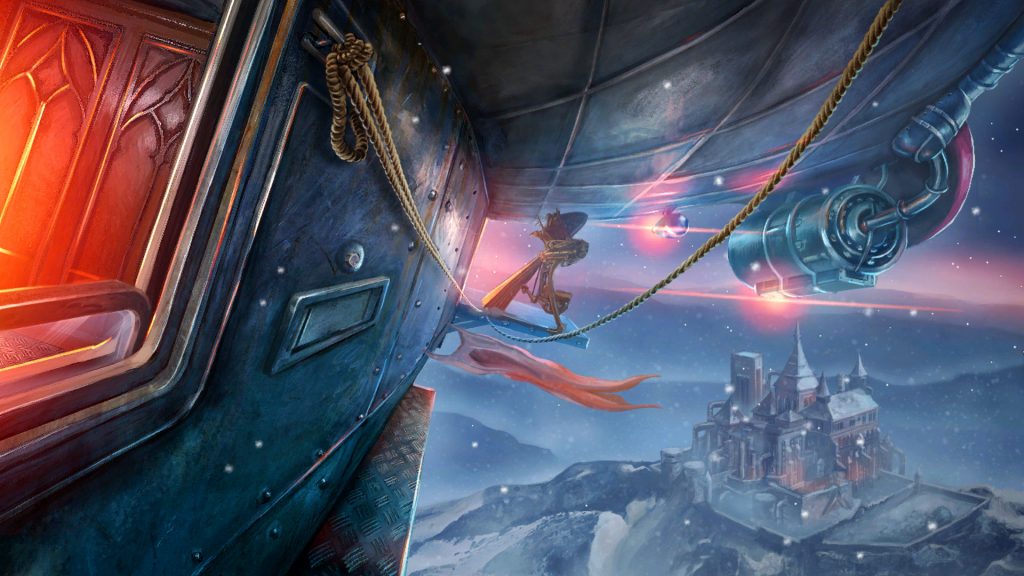 Something you do need to know is that this game is a short one. You’re looking at approximately 3-4 hours to finish it. On the plus side, the game’s graphics and animations are more fleshed out than the previous games, giving it a certain flair.

The voice acting is not bad, and the story is deep and rich which will keep you engaged until the end, wondering what will happen next. Overall, this is a very fun game with a good variety of puzzles and an easy Platinum trophy to boot. I enjoyed my time with the game for my Clockwork Tales: Of Glass and Ink Review, and I’m sure you will as well! Just be mindful of the missable trophies in the game unless you want to have to do a second run! 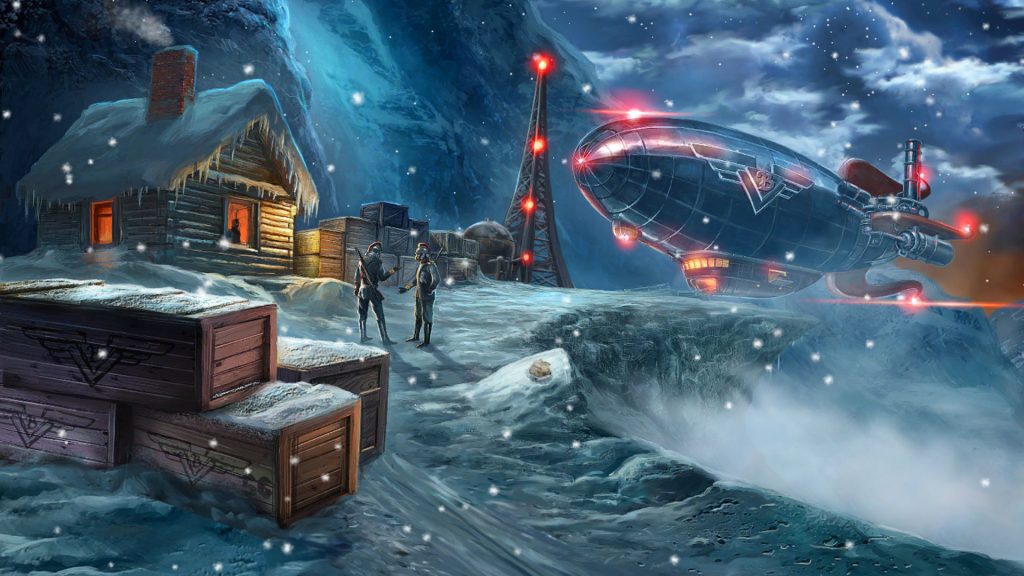 Disclaimer
This Clockwork Tales: Of Glass and Ink review is based on a PS4 copy provided by Artifex Mundi.