Steins;Gate 0 is an interactive visual novel from PQube Limited, and a very good one at that! The genre has seen a massive boom in 2016 with a big push on PS Vita and PS4, and there is no sign of any slowdown since we’ll be getting Dagonronpa V3: The Killing Harmony and Dagonronpa 1 & 2 Reloaded in 2017! Steins;Gate started life on the PS3 and PS Vita and we are now getting a follow up on PS4 and PS Vita. If you haven’t played the original, I suggest you go and take care of that before playing Steins;Gate 0, due to how this new entry is presented. This is a massive game, so be sure to read our Steins;Gate 0 review to learn more about it!


The story follows a character called Rintaro Okabe who returns to the Beta Worldline on 28th July in Akihabara… where he fails to save Kurisu Makise from dying. Instead, he accidentally kills her. Rintaro develops PTSD (Post Traumatic Stress Disorder) as he tries to cope with what happened to Kurisu. A bit further down the line, he meets a doctor who specializes in Neurology, and who has created a program that is designed to help him. But, in what way? That’s all I can tell you or else I’d end up spoiling this excellent and bizarre experience! 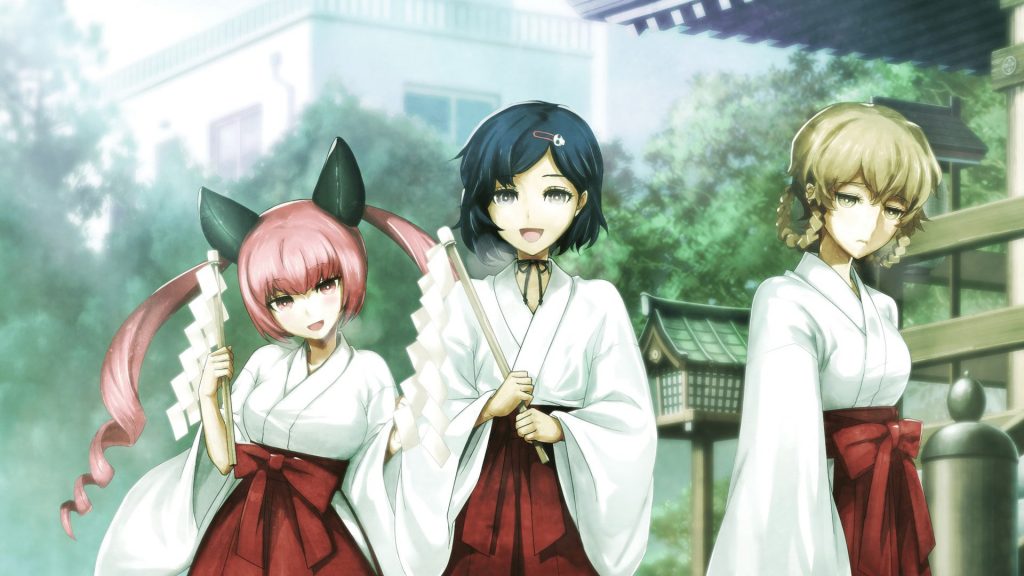 The most important thing in Steins;Gate 0 is your smartphone. The RINE Trigger system is used so that you can exchange text messages in real time with characters via the RINE App on your smartphone. When you have a message you receive a notice. Depending on which path you want to take you can reply, ignore or read the message and not reply. The choices you make then have an impact on the story. You can even send stickers! That is a nifty feature. You can also customize your smartphone with screensavers. You will learn more about the app as you play the game. There are over 200 TIPS to collect, and since there is a trophy for getting all of them this is where the bulk of your time will be spent. 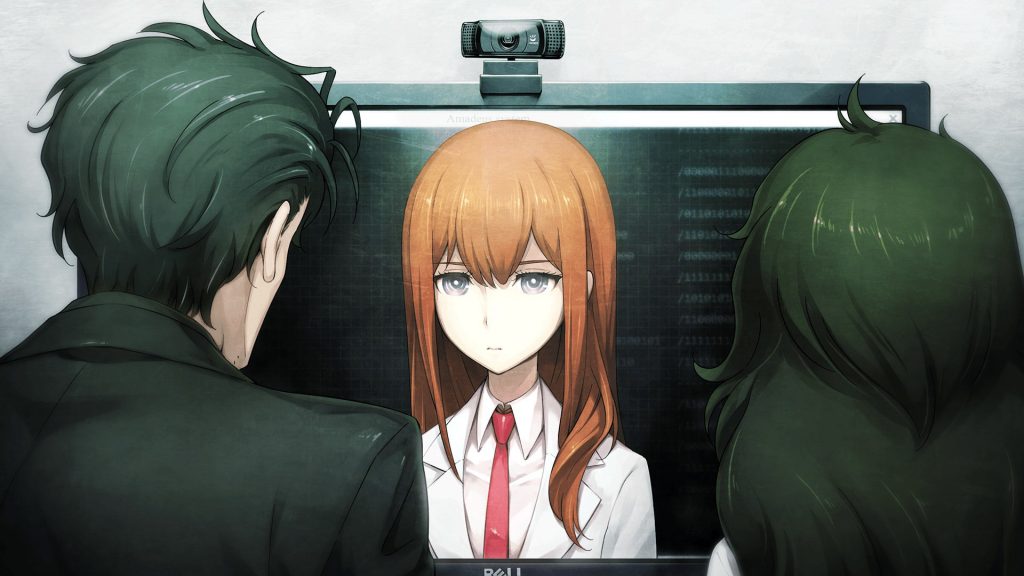 The game offers multiple endings, so as is the case with most visual novels there are different branches of the story to complete. For this game, they all ride on the decisions you make on your smartphone. It would be wise to have a pen and paper handy so that you can keep track of the decisions – that way you can make the opposite ones during your subsequent runs. Luckily, there’s an option in the game to skip text, and this will greatly speed things up on your end. 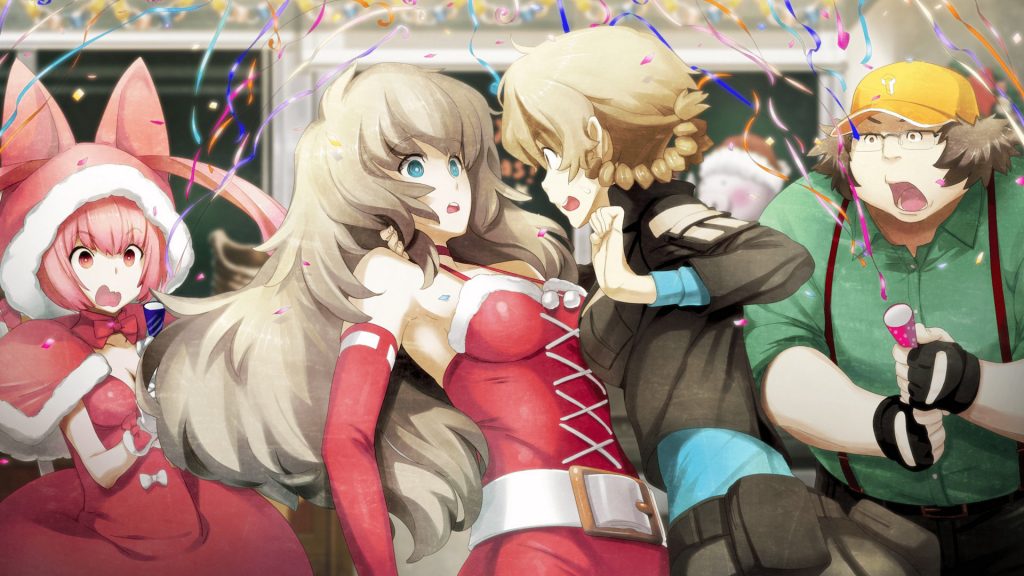 You will experience the many relationships between characters in the game. Such is the case of Daru’s story – he has a father-daughter-like relationship with Suzuha, and you can see the strong bond between the two of them as she tries to pair him off with her mother! 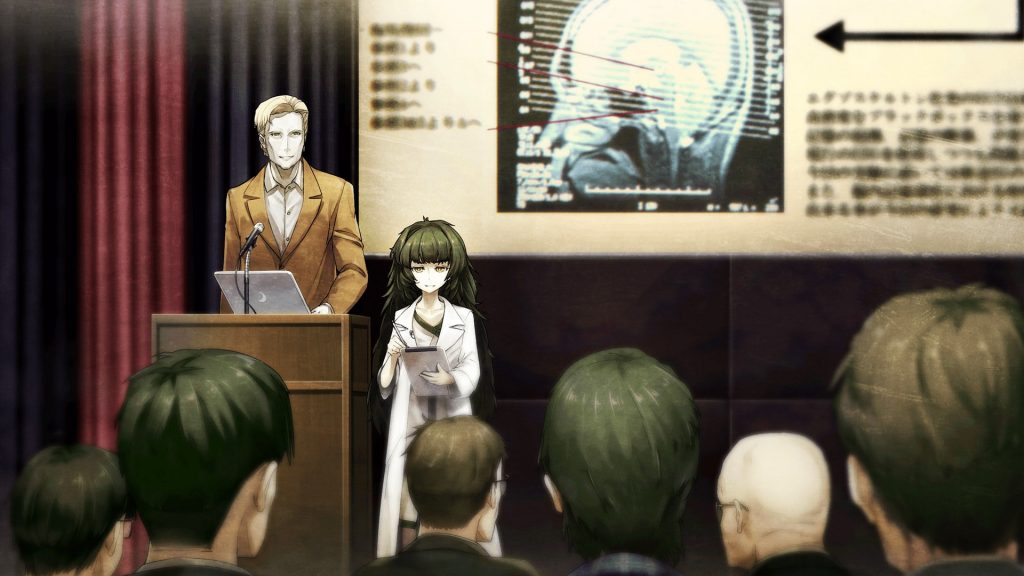 There is some light hearted banter in the game, as well as some very dark moments, and this mix of emotions will certainly keep you interested until the end. Once you start playing Steins;Gate O it is pretty tough to stop. At one point I played for 12 straight hours! The story is rich and deep, with lots of twists and turns. 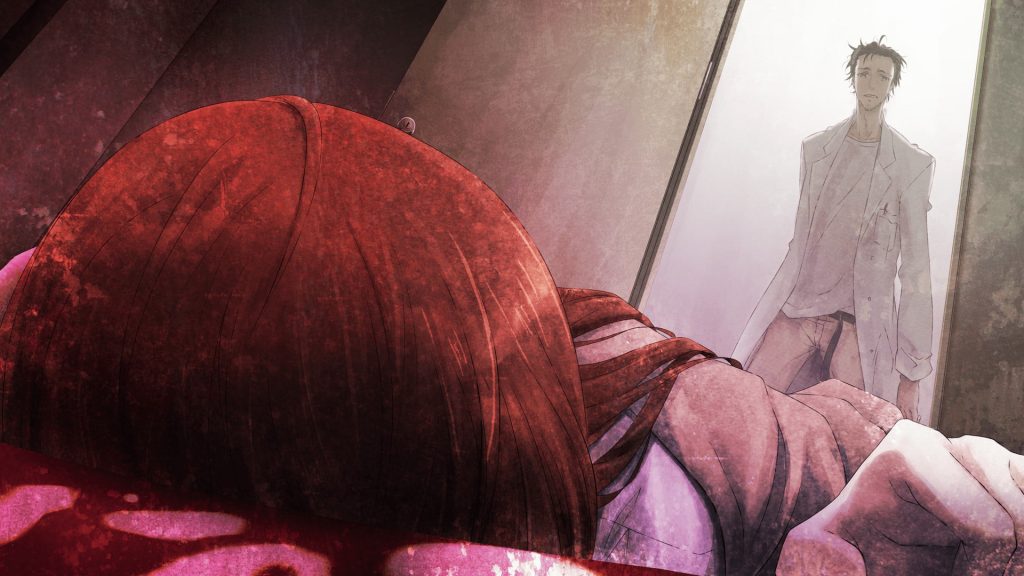 Steins;Gate 0 is a very rich and deep visual novel. Its story and diverse cast of characters will grab you from the start with a strong grip. It is a long road to its Platinum trophy, but the story is engaging, and the characters are likeable and interesting. It is definitely well worth your time and money. The graphics will make you think you’re playing an anime due to their high level of polish. If you’re a fan of visual novels then you’re going to love this one!


Disclaimer
This Steins;Gate 0 review is based on a PS4 copy provided by PQube Limited.
MAGES Inc.PQube
0 comment
0
FacebookTwitterEmail