Relive those old dinosaur movies from the 90’s and more! Escape from those dinosaurs which have only one goal… eating you. Check out our Review Revisited for LEGO Jurassic World!


I recently got the Platinum trophy for LEGO Jurassic World, so I thought now would be the perfect week to highlight the game. Like most LEGO universe releases, its uses the tried and true gameplay formula to allow players to navigate through the narrative of Jurassic Park 1 to 3, as well as of Jurassic World.

I gotta say that it was awesome reliving the first movie in Lego form! I might not have the same fondness for The Lost World or Jurassic Park 3, but they still managed to do the movies justice in this LEGO take. Jurassic World was super fun, and it was great to see the LEGO version of Chris Pratt running around!

The game is split into four large hub worlds – one for each movie. Throughout the map, you have the usual hidden items, which this time around include gold bricks, red bricks, sick dinosaurs, and workers in peril. If you are a completionist like myself, then you will spend a ton of time combing through the maps, finding all of its secrets. 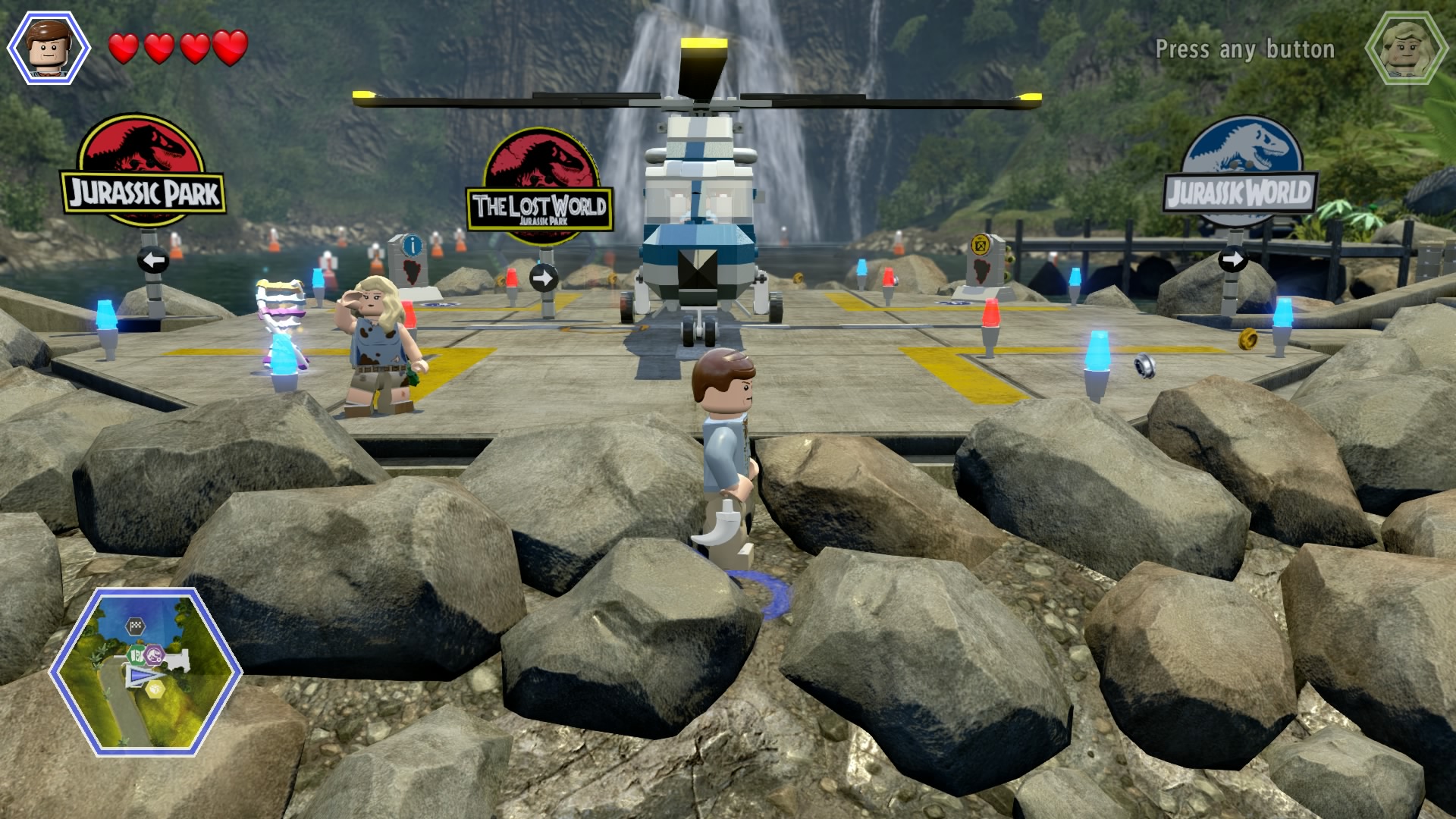 The game takes around 25 hours to Platinum, but you get to play as some really cool dinosaurs and characters! My favorite trophy was Do-You-Think-He-Saurus? You earn this one for sneaking past a dinosaur in camouflage. As for the trophy distribution, the game has fifty trophies, including two Gold and eight Silver trophies.

Over the past six months, I have platinumed another two LEGO – LEGO Marvel Superheros and LEGO Batman 3. I would put LEGO Marvel ahead of this one, but LEGO Jurassic World is better than LEGO Batman 3 due to it having better hub worlds. Overall, this is a great title, and it definitely makes me want to start working towards unlocking the Platinum trophy of LEGO Star Wars: The Force Awakens!